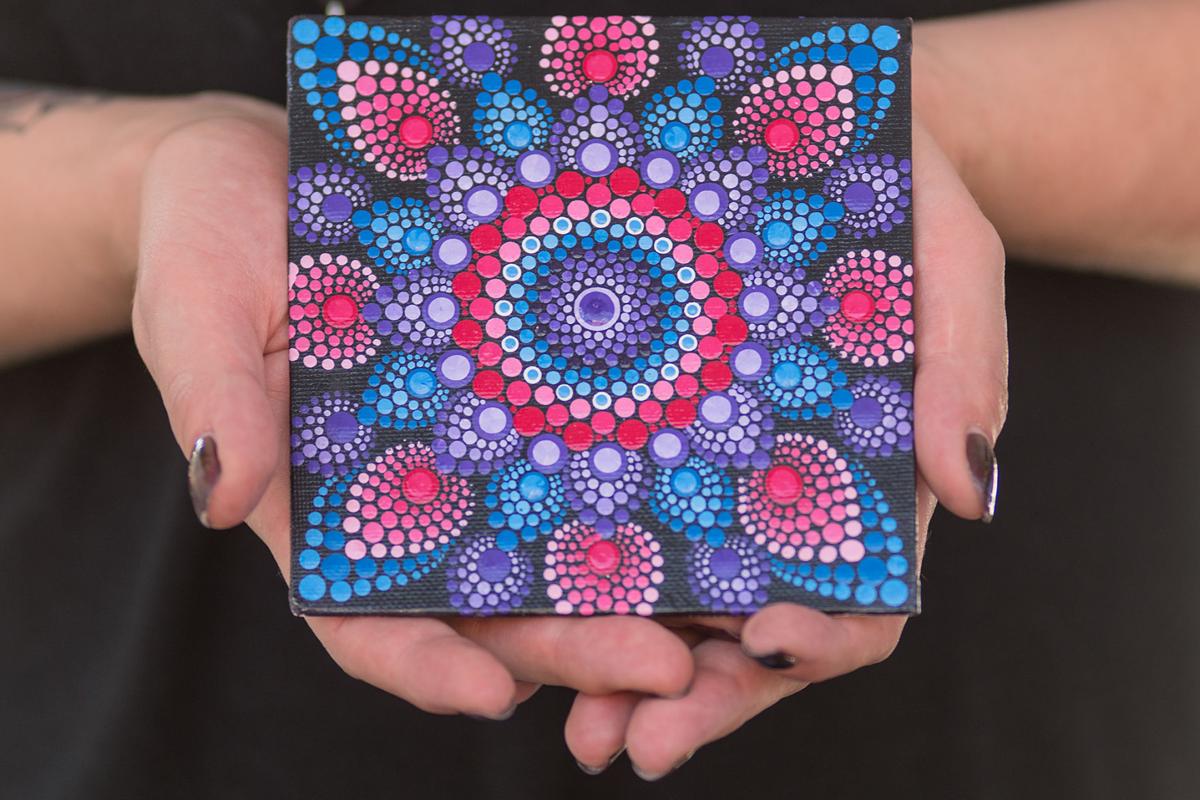 Heather FitzSimmons holds a mandala she painted that was for sale at the Old Town Art Fair on Saturday. FitzSimmons was one of many vendors selling artwork and crafts. Photo by Jackson Forderer 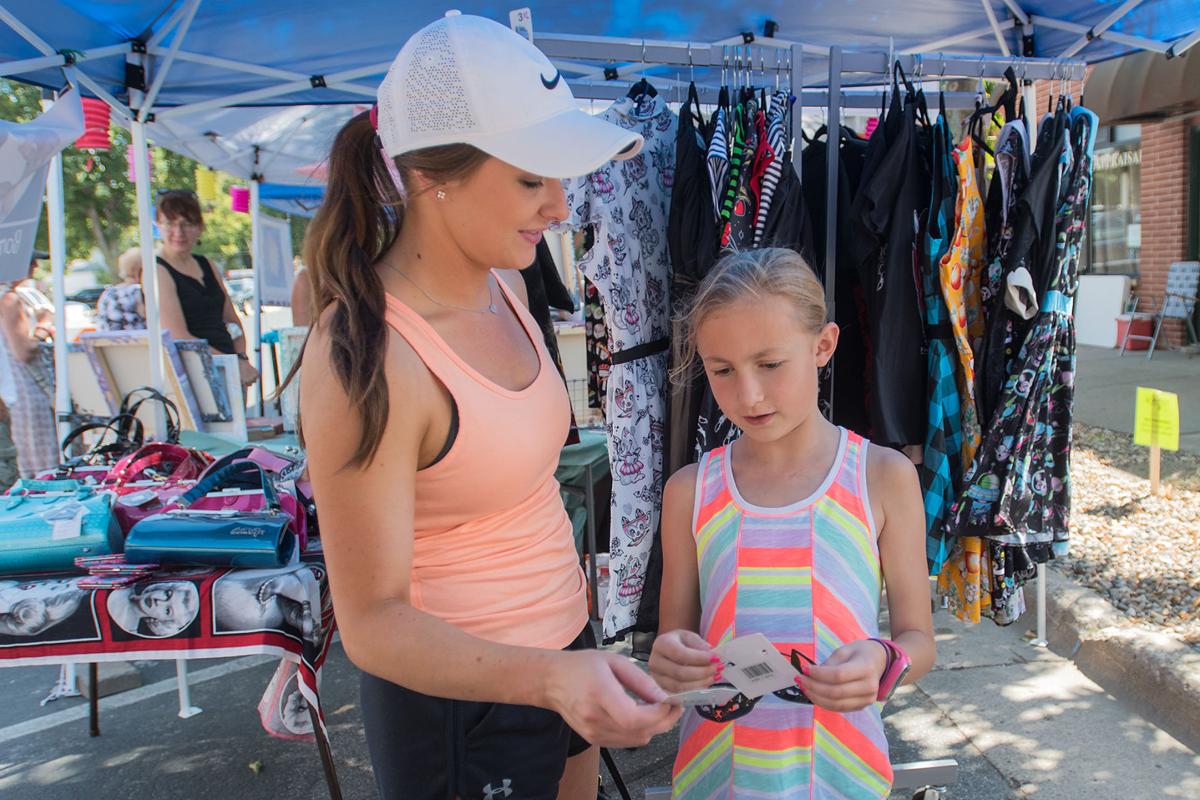 Nicole Nelson (left) and Romey Hinz, 8, examine earrings in a vendor's booth during the Old Town Art Fair held on Saturday. The fair included vendors, music, and the painting of a mural. Photo by Jackson Forderer

Taylor Weir paints a section of a mural being painted Saturday by the public as part of the Old Town Art Fair. Weir's parents run the Riverfront Avenue business Institute for Environment Assessment, on which the mural is being painted. Photo by Jackson Forderer

Heather FitzSimmons holds a mandala she painted that was for sale at the Old Town Art Fair on Saturday. FitzSimmons was one of many vendors selling artwork and crafts. Photo by Jackson Forderer

Nicole Nelson (left) and Romey Hinz, 8, examine earrings in a vendor's booth during the Old Town Art Fair held on Saturday. The fair included vendors, music, and the painting of a mural. Photo by Jackson Forderer

MANKATO — Five-year-old Frank Wise had a freewheeling painting technique, dabbing on blobs of red and making yellow Xs on the side of the building in Old Town.

"The control freak in me has to let it go," said his mom, Elly Wise.

He was among the young and old who took up paint brushes and paint Saturday to fill in an outline of a mural that covered the wall of the Institute for Environmental Assessment.

When young Frank used red paint to cover one of the black lines outlining the mural his mom's control freak instincts couldn't help but kick in.

"You're supposed to stay in the lines," she said gently.

Frank studied his work and asked, "Why?"

Mom admitted she had no good answer to the question.

Elly said Frank and her other son, Jonas, 3, were excited when they heard about the chance to take part in painting the mural.

"Painting on a building is not something you're supposed to do," she said.

The mural was part of a day of art-related events in Old Town, coinciding with with Old Town Art Fair.

Justin Ek, of Bellissimo Paint and Coatings, was overseeing the mural painting. He was asked by the building's owner to give a quote for painting the outside of the building and suggested a community mural instead. He supplied 30 muted colors for people to apply where they wanted on the mural, the outline of which was created by local artist Ben Liebl.

In a nearby alley, behind Friesen's Bakery, Lindsey Schaefer and Macey Page were overseeing kids and adults drawing chalk designs of their choosing on the parking lot and alley.

"We're both pre-school teachers so that's where the idea came from," said Schaefer of the idea for the event.

"Playing with chalk really gets the inner child going. And it's kind of neat that chalk doesn't last forever. You just enjoy it for the moment, like children do."

The ability of people to find an outlet for their creativity through chalk will be ongoing as the pair installed a wooden box on a post with chalk inside for anyone to use anytime.

Elsewhere in Old Town there were pop-up street performances, music and an ice cream truck throughout the day.

On the street next to the Coffee Hag, several artists set up tents under a blazing sun to offer their works to visitors.

Kim Williams, a rock hound who turned his passion into a side business in 1995, has been a vendor at the Art Fair since it started in the late 1990s. He delivered mail to the neighborhood for 20 years and got to know the then-owners of the Hag when the event was first launched.

Like most of those who set up tents at art shows and events across the state each summer, Williams has a passion for what he does, even if not everyone else does.

"A while ago I told our kids we did our will and I told my son he's going to get all of my rocks. He said he knew a good river bank to throw them in," Williams said.

"So I told him I'll just have to sell them all before then."