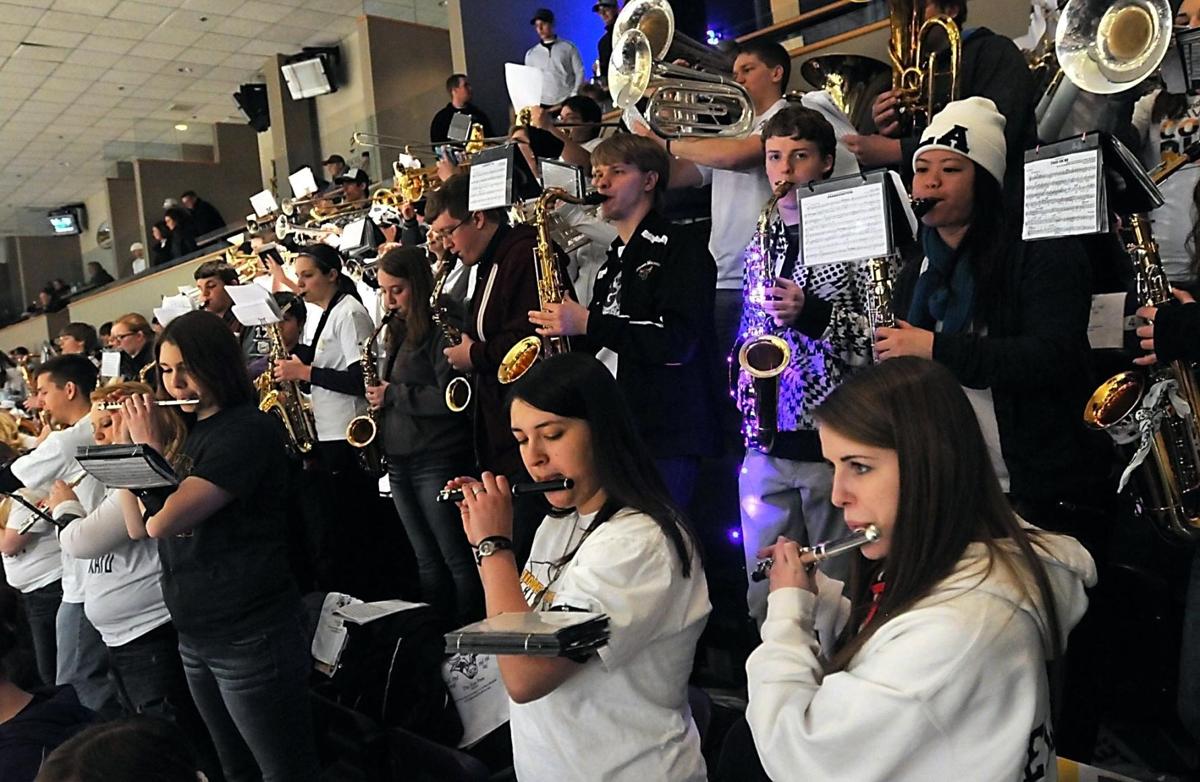 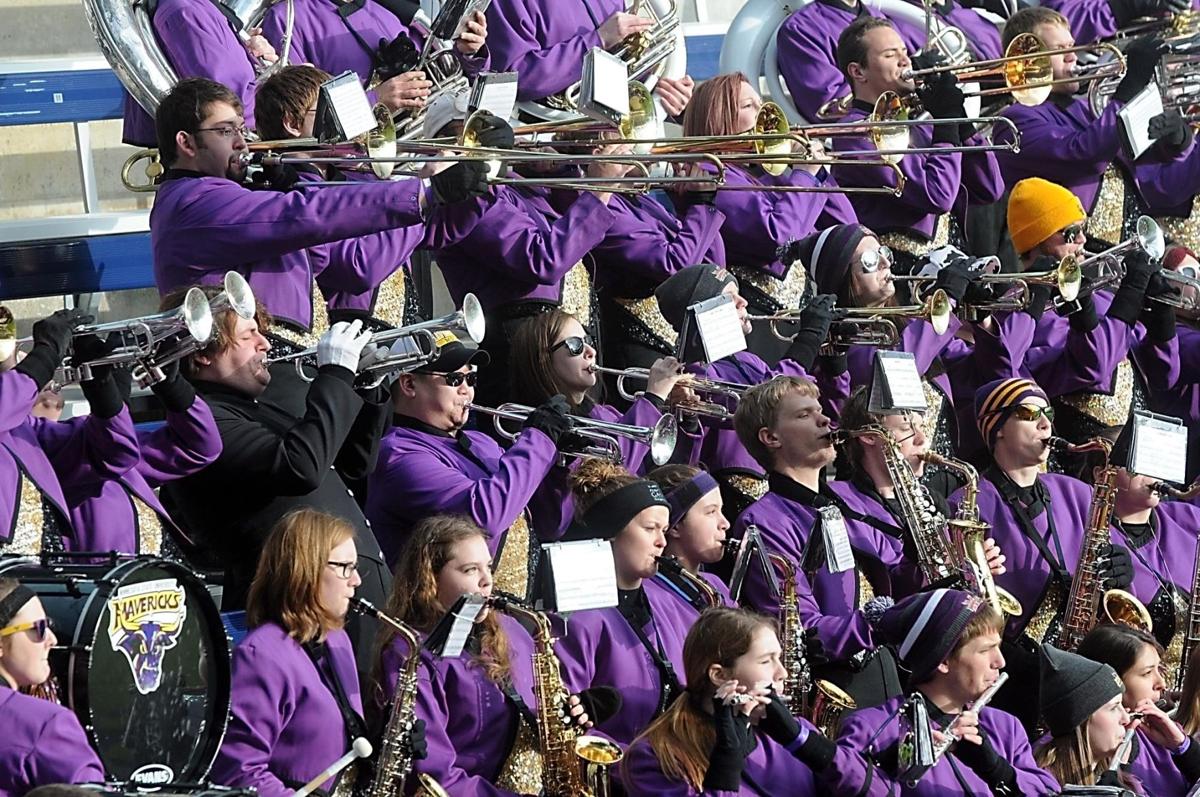 MSU sports has its pep back.

Thanks to the return of the Maverick Machine band, fans and players get the added excitement a band brings to sporting events.

Michael Thursby has been the director of the Maverick Machine Athletic Band program since the fall of 2013. Prior to coming to Minnesota State University, Thursby worked as a high school band director in Grand Rapids and as a marching band director and percussion instructor in Iowa and Wisconsin. Thursby received his undergraduate degree from the University of Iowa and his masters’ degree from the University of Northern Iowa.

His arrival at MSU marked the return of what is commonly known as the pep band, the group that keeps the crowds entertained during sporting events. Under Thursby’s directorship the Maverick Machine has grown from about 40 students two years ago to close to 100 currently. Thursby predicts that the number of members will easily eclipse 100 next fall.

“The band started in the fall as a marching band for all of the football games,” Thursby said. “When the winter sports season started we split into two bands that played for hockey, basketball, wrestling and other events.”

High on that list of winter sporting events is Maverick hockey, always popular at MSU and in Mankato and especially so this year since the Mavericks are currently in the playoffs.

“The hockey team has been incredible and we are so fortunate to be a part of that,” Thursday said. “We are lucky to be a part of such an incredible athletics department — Kevin Buisman, Nathan Christensen — the whole staff along with all of the coaches. They are all amazing.”

The Maverick Machine has been able to travel to some of the away games that the hockey team has participated in when they are close to home but when games that are played at a longer distance the band has to remain behind due to budgetary constraints.

“We also have guitars and even some vocalists from time to time,” Thursby said.

Playing for the team creates what Thursby called an “atmosphere.”

“I would absolutely say that the band feels like it’s a part of the game,” Thursby said. “The team feeds off the energy that the crowd creates and the band helps. In some cases the band makes up a good portion of the student section so we have to be into the game.”

The audience seems to appreciate the music provided by the Maverick Machine as well and considers the band a part of the overall experience.

“College sports have such a different atmosphere than professional sports,” Thursby observed. “The band at these events create the pageantry and culture that makes college athletics so special.”

Band member Katelyn Royce agrees. Royce has played the bass drum for the Maverick Machine for the past three years and appreciates the positive atmosphere created by the band.

“I really like the feeling of being part of a family that I get when we play,” Royce said. “When people think of college sporting events, they usually think about the cheerleaders and the band along with the team. It feels like we’re all part of a united front.”

Thursby said that his group has received a great deal of positive feedback since its return two years ago, a sentiment repeated by Jeremy Friedrichs Jr., snare drummer and drum line section leader for the Maverick Machine.

“The Maverick Machine has been embraced by the entire community,” Friedrichs said. “I have lived in Mankato my whole life and it is great how we have fans who are kids and adults alike.”

Thursby added: “During the second and third periods at hockey games, people come out just to watch us perform. They cheer and thank us each time we play. Our fans are the best in the country.”

The coaches at MSU have also been supportive. Thursby said that the coaches and teams thank the band and let its members know how important they are to the games that they perform at. Thursby and his performers work consistently with the fans, coaches and the athletes to ensure that they are playing music that will be enjoyed.

“We are current with the music that we perform and like to play music that is exciting to all audiences, not just what was done in the past. We also like to lead cheers and create as much energy as possible.”

Over the past two years, Thursby and his group have gradually tried to increase the number of performances and events that they perform at. This past year the Maverick Machine played at over 50 events for approximately 170,000 people.

Thursby said, “We will continue to work to be better, but I do feel like we are in a great place. At this year’s Northstar Tournament when we played against the Gophers, we had fans coming up to us and telling us that it was great to have us there.

The University of Minnesota even congratulated us on our return. We are back and we are going to continue to push and develop traditions of excellence in our performances.”