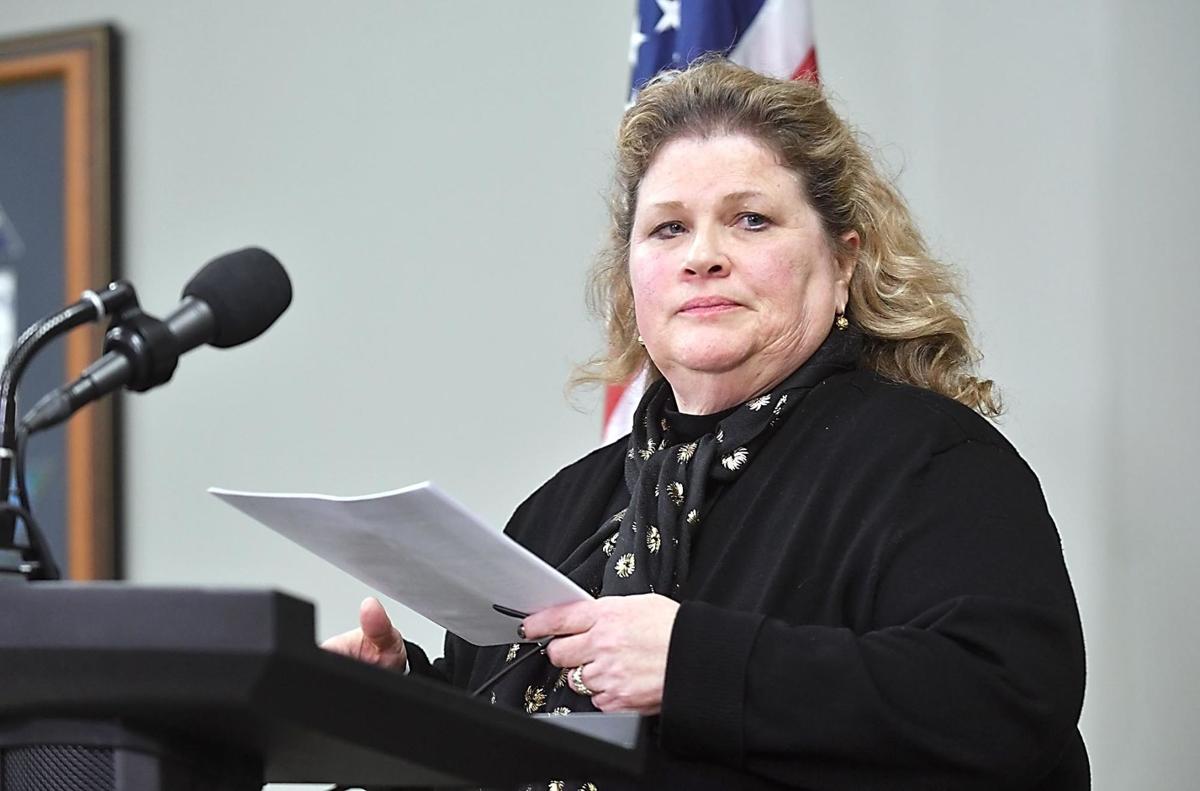 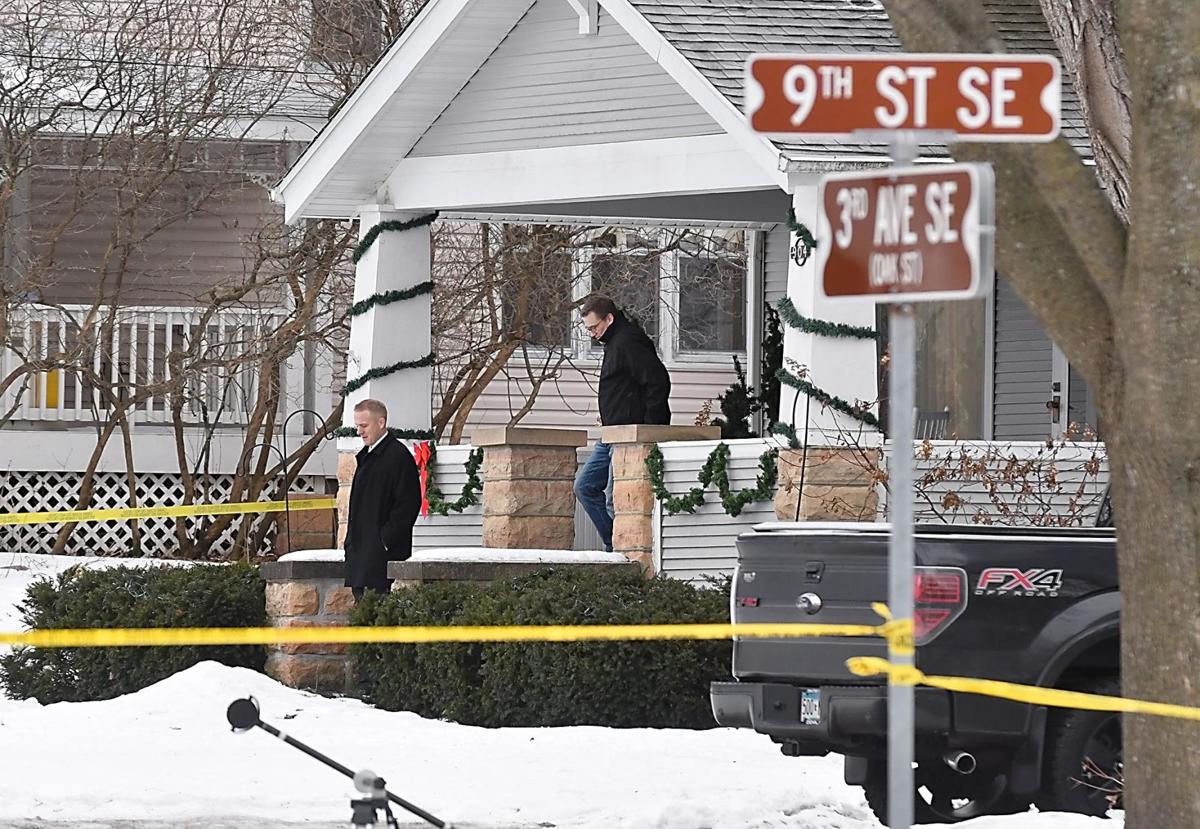 Minnesota Bureau of Criminal Apprehension Supt. Drew Evans (left) and another BCA officer leave a Waseca home while investigating a shooting there overnight. 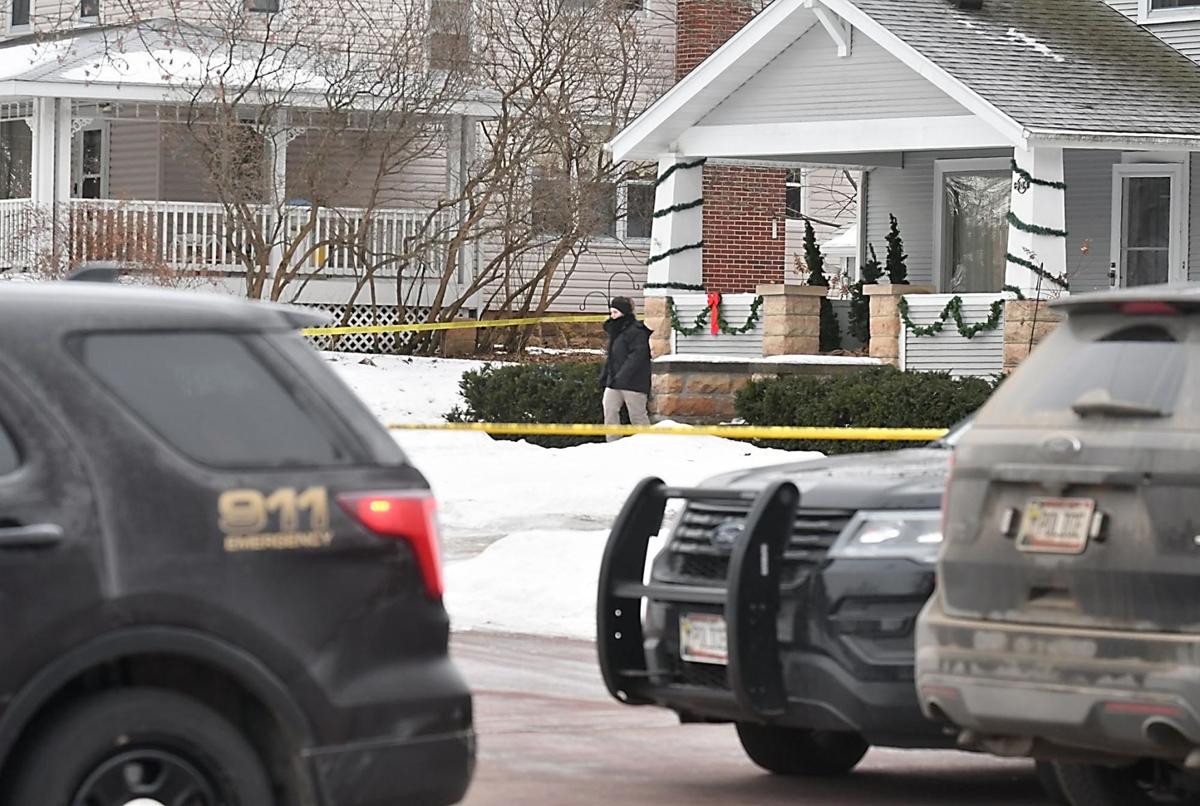 A Minnesota Bureau of Criminal Apprehension officer leaves the scene of a shooting at a home in Waseca. 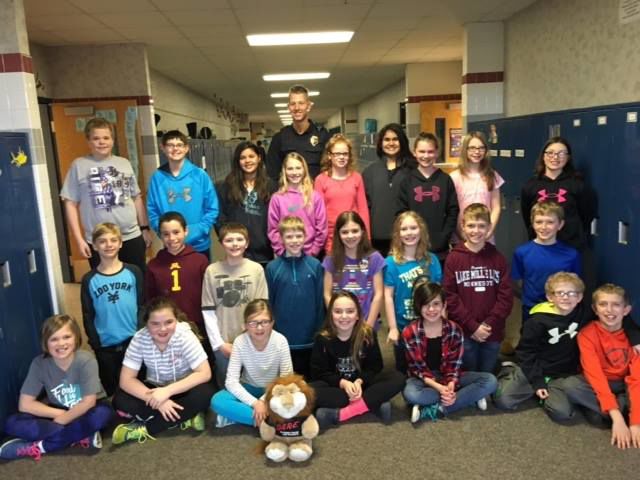 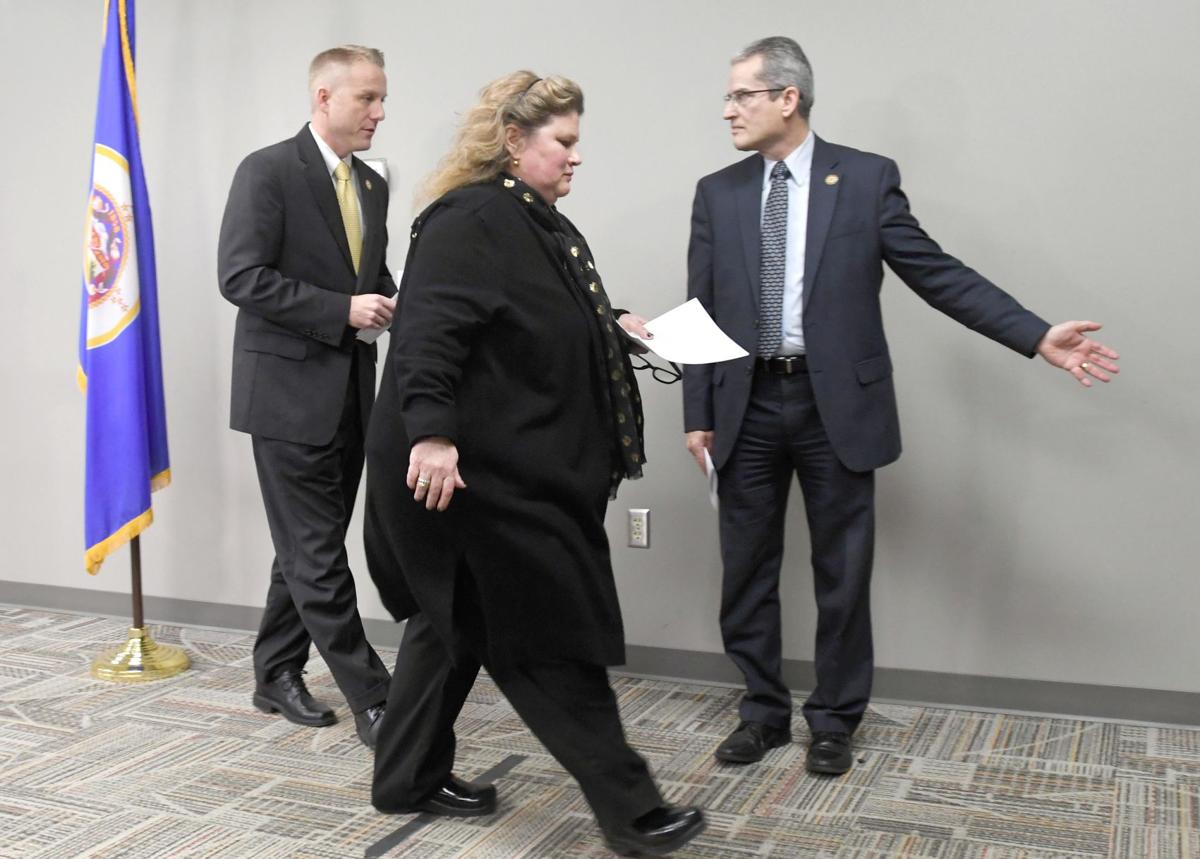 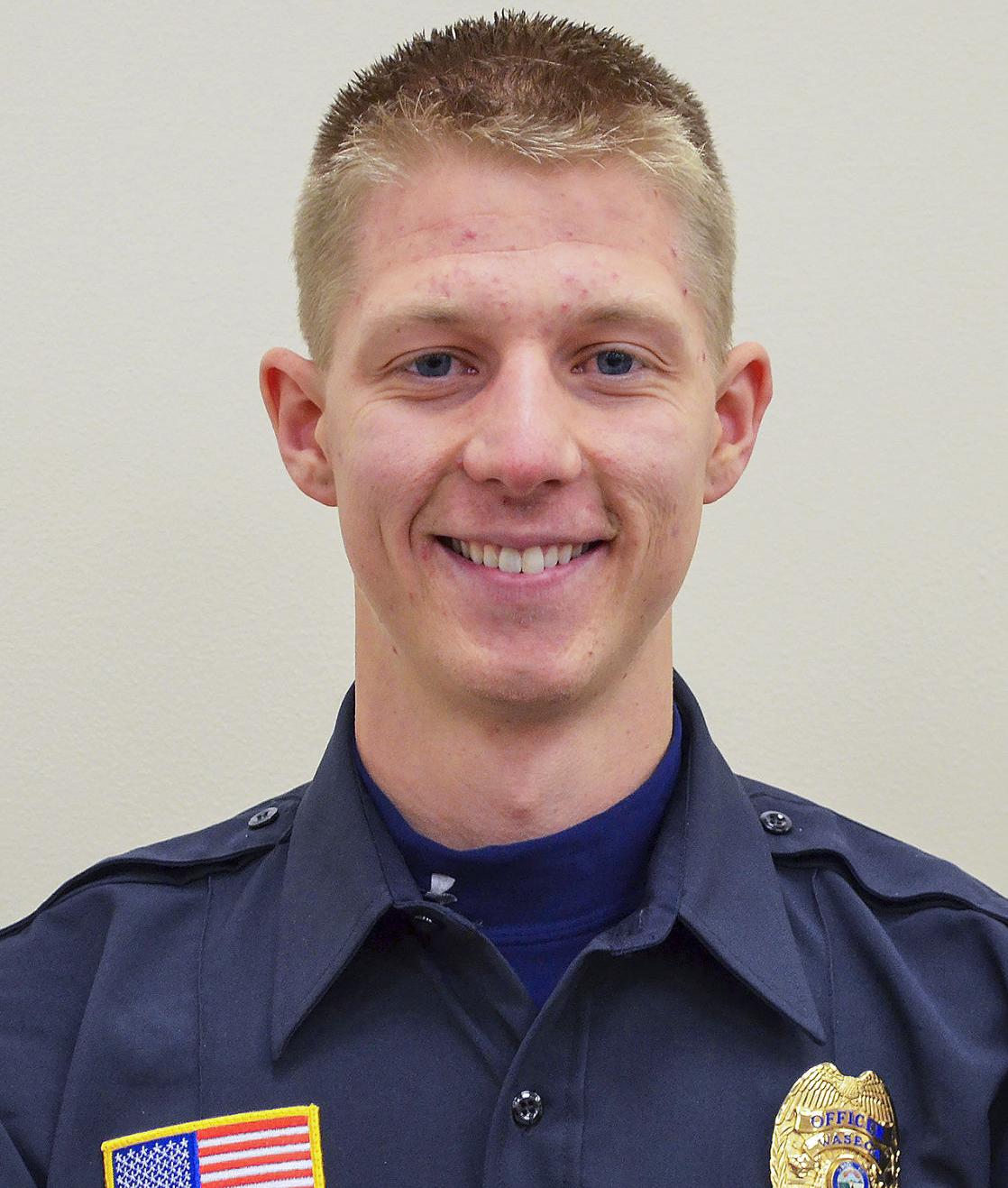 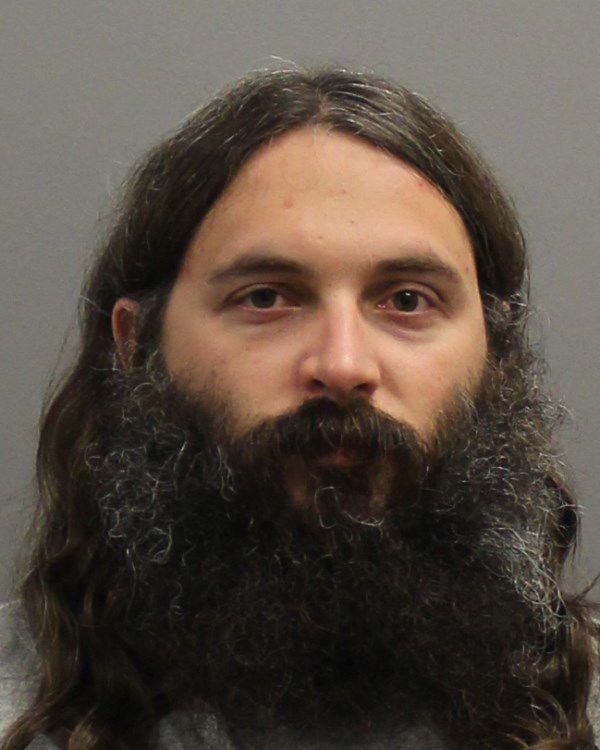 Minnesota Bureau of Criminal Apprehension Supt. Drew Evans (left) and another BCA officer leave a Waseca home while investigating a shooting there overnight.

A Minnesota Bureau of Criminal Apprehension officer leaves the scene of a shooting at a home in Waseca.

WASECA — Waseca police officer Arik Matson was shot in the head and gravely wounded Monday by a man wanted for a drug crime, the Minnesota Bureau of Criminal Apprehension said.

Matson is in critical but stable condition. Janovsky had non-life-threatening injuries.

Matson and three other Waseca police officers responded to a report of a suspicious person with a flashlight in a backyard in the 900 block of Fourth Avenue SE around 8 p.m. Monday, BCA Supt. Drew Evans said. Officers located Janovsky outside a residence in the 900 block of Third Avenue SE. Matson was shot and officers then shot Janovsky twice.

Evans said the investigation is still in its early stages and he could not release any further details Tuesday. Waseca officers do not wear body cameras.

Waseca Police Chief Penny Vought said Matson has been a member of her department since 2013, serving as a patrol officer, DARE officer and member of the drug investigations and SWAT unit. He is a husband and father, she said.

“It’s a very sad day for Waseca,” Srp said. “Our thoughts and prayers are with him and his family.”

Janovsky was wanted by authorities after a meth lab allegedly was found last month in the basement of a Waseca residence at which he’d been staying. Drugs and equipment to make methamphetamine reportedly were found just a few houses away from the shooting scene.

A court complaint filed Dec. 27 said Janovsky’s whereabouts were unknown and he was “considered to be armed and dangerous.”

Janovsky is in police custody and the BCA will work with the Waseca County Attorney’s Office to determine appropriate charges in the shooting, Evans said.

Janovsky has a criminal history that includes an accessory to murder conviction. He pleaded guilty after admitting to driving Morgan Michael Shultz who robbed and murdered Rickey Dean Buker in Waseca in 2001.

Vought said her department will continue to respond to calls in Waseca while the BCA takes the lead in investigating the shooting.

“I have to remain strong and diligent,” she said. “We still have a job to do.”

Vought asked people to keep Matson and his family in their thoughts and prayers.

“This is the worst nightmare a law enforcement agency can face and we’re living it right now,” she said.

Matson worked for the Freeborn County Sheriff’s Office before joining the Waseca Police Department, according to the Albert Lea Tribune. He lives in the city of Freeborn and serves as a firefighter and City Council member.

He graduated from Albert Lea High School in 2006 and then studied law enforcement at Minnesota State University. His father was a corporal in the Albert Lea Police Department.

A GoFundMe page has been established for Matson’s family. In its first nine hours it had raised more than $78,500 from 1,633 donors.

Jaala Miller, co-owner of 4-Seasons Athletics in Waseca, was busy Tuesday afternoon designing a tribute T-shirt to sell to raise funds for the Matson family. Arik’s wife, Megan, provided a favorite Bible verse that will be included on the shirt.

“We’re honored to be able to help any way we can,” said Miller, who did not know the Matsons personally.

Vought said she believes Matson is the first Waseca police officer shot in the line of duty, but he is not the first law enforcement officer shot in her city. Waseca County Sheriff Donald Eustice was shot and killed in 1976 while serving commitment papers to a man who was later found incompetent to stand trial.

Multiple residents who live near the shooting scene said they did not hear gunshots and were shaken by the news.

“This is a quiet neighborhood,” John McIntyre said. “Nothing like this ever happens here.”

Waseca Public Schools sent a notice to parents that counselors are available to help students cope with the news.

Waseca Intermediate School teacher Joel Hayford said Matson is a role model who has a sense of humor.

“Arik Matson is one the most enthusiastic DARE officers we have had in our fifth grade classrooms,” Hayford said. “His ability to connect with and motivate students is fun to watch as he carries on lessons.”