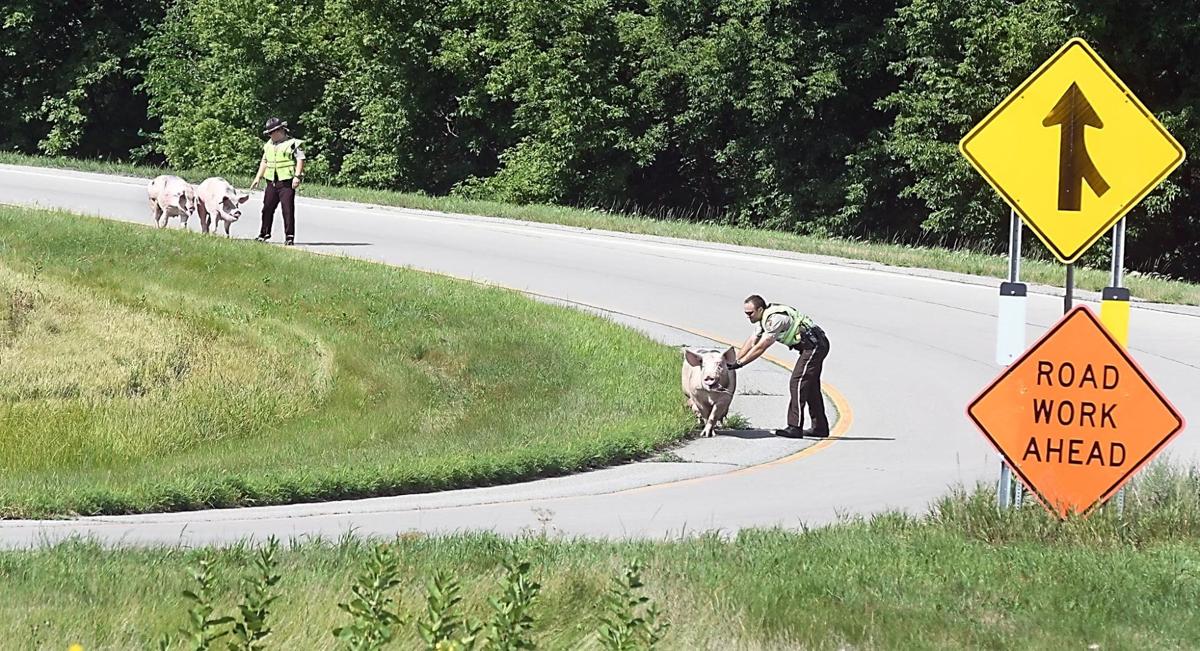 State Patrol troopers try to keep pigs off of the on-ramp to Highway 14 after a semi trailer hauling them overturned Wednesday. Photo by Pat Christman 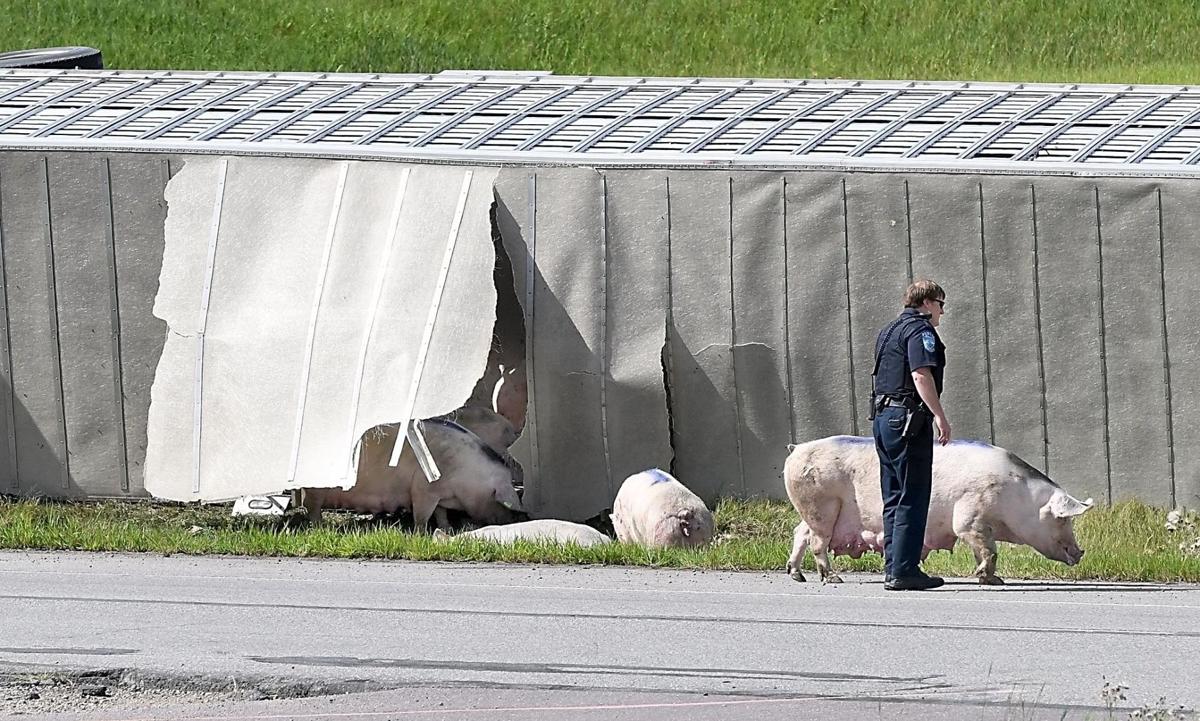 Pigs wander out of a hole in the top of a semi trailer that overturned along Highway 169 Wednesday. Photo by Pat Christman

Pigs roam along the median on Highway 169 near the intersection with Highway 14 in Mankato after a semi trailer overturned and split open on the ramp Wednesday. Photo by Pat Christman

About 20 of the pigs were hogging most of the attention after the crash. They escaped though holes torn in the roof of the flipped livestock trailer and strayed onto the Highways 169 and 14 and ramps at the Mankato interchange. The ramp where the truck overturned was closed for several hours and southbound Highway 169 traffic was reduced to one lane.

Corey Ray Ehlers, 30, of Winnebago, lost control of the truck and rolled on the ramp from westbound Highway 14 onto southbound Highway 169 just after 10 a.m., the State Patrol said. Ehlers was treated by paramedics at the scene.

A few of the hogs were killed, said State Patrol Sgt. Troy Christianson.

Members of multiple law enforcement agencies and fire departments and Minnesota Department of Transportation employees worked together to direct traffic and contain the hogs, sometimes herding them, other times just blocking their path onto the highway.

MnDOT workers used construction cones and a plastic fence usually used to keep snowdrifts off of roads to keep one group of hogs off the highway.

“Everybody comes together to do what we need to do,” said Mankato area MnDOT maintenance supervisor Tony DeSantiago.

MnDOT workers often are called to highway crashes to assist with traffic control and his crew has assisted on a number of crashes involving livestock, DeSantiago said. But it was his first experience with large hogs, and he discovered they are more challenging to coral than most.

“They don't respond to yelling,” he said. “You just have to keep nudging them along.”

Christianson said troopers are trained to handle livestock on roadways and such incidents aren't uncommon. There was also another crash with animals in the patrol's Marshall district on Wednesday, he said.

The hogs in the Mankato rollover belonged to MPI Farms in rural Amboy. A statement posted on the company's Facebook page Wednesday afternoon thanked the responders for their “superior service.”

“Due to their quick response and incredible manpower; we are thankful to report there were no injuries sustained during the accident or clean up of the site,” the post states.

A semi trailer carrying pigs overturned and split open on a ramp to Highway 169 near Mankato Wednesday.