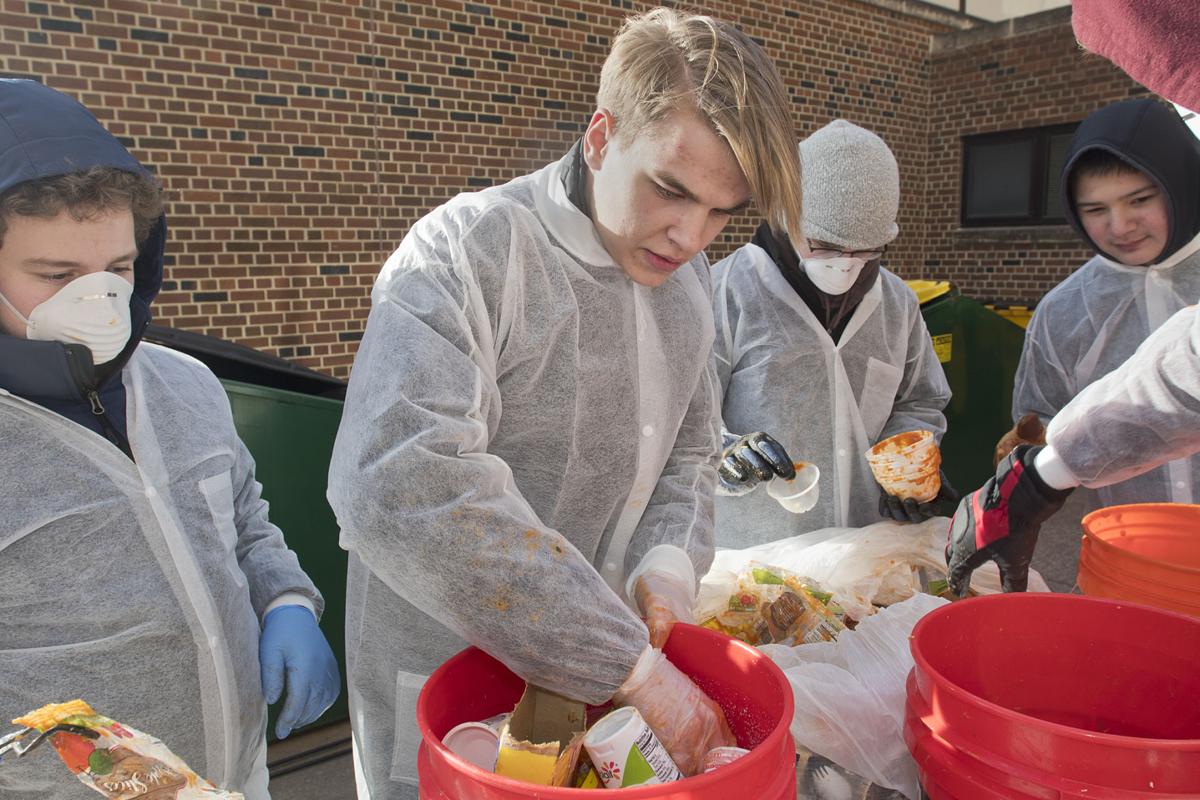 From left, Sam Murray, Ben Liebl, Joseph Peterson and Sam Preis, members of the Yes! Team, sort through the garbage at Roosevelt Elementary School on Thursday. The sorting is part of the West High School group's mission to reduce waste in the school district. Photo by Jackson Forderer 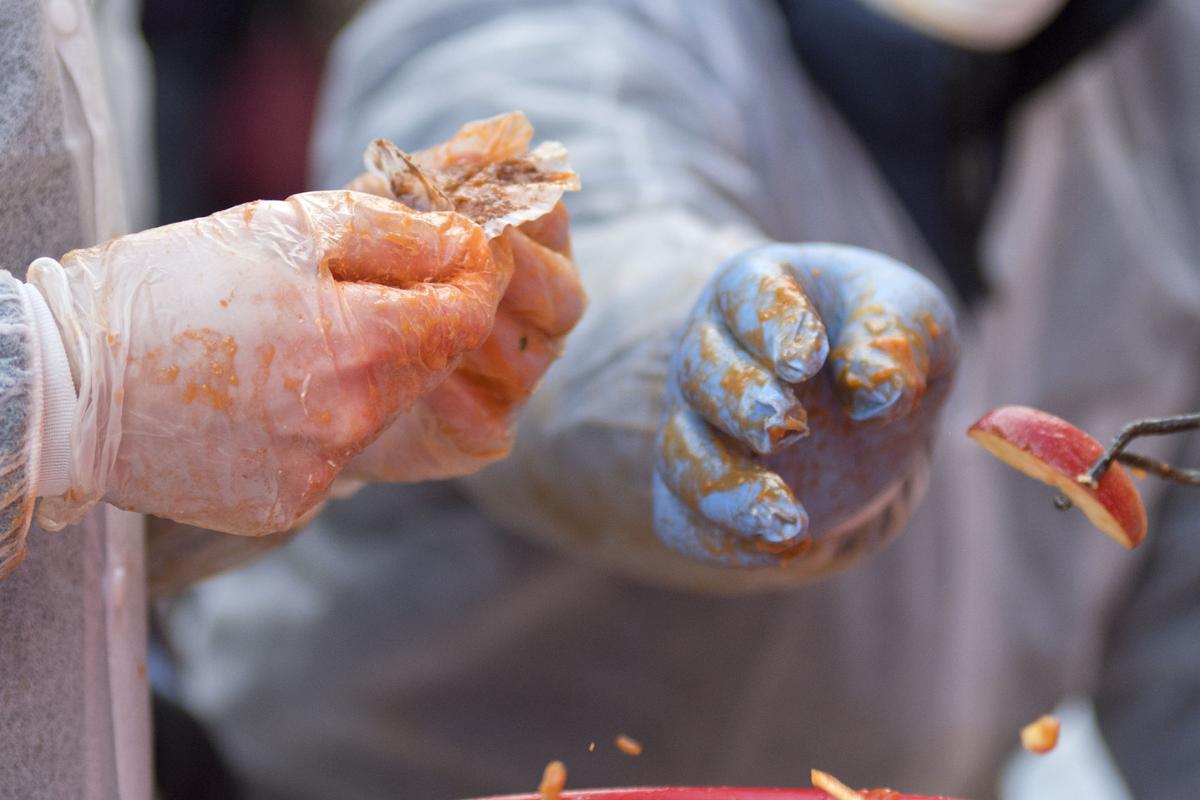 Members of the Yes! Team from Mankato West search for recyclable and compostable items in the garbage at Roosevelt Elementary. Photo by Jackson Forderer

From left, Sam Murray, Ben Liebl, Joseph Peterson and Sam Preis, members of the Yes! Team, sort through the garbage at Roosevelt Elementary School on Thursday. The sorting is part of the West High School group's mission to reduce waste in the school district. Photo by Jackson Forderer

Members of the Yes! Team from Mankato West search for recyclable and compostable items in the garbage at Roosevelt Elementary. Photo by Jackson Forderer

The Yes! stands for Youth Energy Summit and the gross task was part of the team's mission of making their schools more eco-friendly.

They sorted three days worth of items discarded into the school's cafeteria trash bins on Thursday afternoon. They sorted into three categories: true trash, recyclables and compostable materials. They weighed their buckets as well as the school's compost bins.

Their objective was to evaluate how carefully the elementary pupils are sorting their cafeteria waste.

“It was worth it. We got a lot of good data today,” said West junior Ben Liebl.

They were pleased to discover that, based on weight, only 20 percent of Roosevelt's cafeteria discards were trash. And only 4 percent of their compostable discards went into the trash instead of the compost bins.

They plan to repeat the odorous data collection next week at Dakota Meadows Middle School.

They'll repeat the nauseating task again in April to measure the impact of their club's latest initiative.

At the Yes! Team's urging, both Roosevelt and Dakota Meadows will soon switch from Styrofoam to compostable meal trays.

They'll be the first schools in the district to use compostable trays. Students will test out a few varieties and chose a favorite in a trial that the Yes! Team hopes will expand to additional schools next year.

Three of Mankato's schools presently use reusable trays, which according to Matt Domski is the most eco-friendly option. Domski, who is aiding the students' efforts, is from the University of Minnesota's Minnesota Technical Assistance Program, which provides energy and waste conservation resources for businesses and schools.

The Yes! Team induced the conversion from Styrofoam to washable trays at West a few years ago, according to Yes! Club adviser Eric Koser. Rosa Parks Elementary followed suit and the new Prairie Winds Middle School started out with the most eco-friendly option.

Washable trays aren't feasible for all schools, Domski said, due to space or staffing constraints. Compostable trays are the next best alternative and cost only cents more than a Styrofoam alternative.

Later this month Yes! members will visit each Roosevelt classroom to talk about composting and the new compostable trays. A founder of the Zero Waste Mankato organics recycling program helped them script their talk.

At Roosevelt the young environmentalists also will show a video they produced themselves. They'll also share the video with Prairie Winds to show in homerooms.

“It's about the journey of an orange peel to the compost,” said team member Kai Storvick.

Later this month West will host a workshop for Yes! teams from around the region. A building energy efficiency auditor will describe his job and demonstrate some of his assessment techniques.

Over the summer West will gain several new 'hydration stations' thanks to the Yes! Team. With help from a $1,000 McKnight Foundation grant, up to seven new water dispensers designed to fill bottles will be installed.

A few years ago the student group coordinated the installation of the school's first bottle stations and provided reusable bottles to students.

The goal is to encourage students to refill reusable bottles rather than purchasing single-use bottles from the cafeteria.

Two years ago the team earned a grant and replaced all of the light bulbs in their school's hallways with high-efficiency bulbs. They calculated their school will save $19,000 over the life of the bulbs.

Their work proves that dedicated young environmentalists can have a substantial impact in their communities, they said

Youth have the greatest stake in reducing waste and consumption of nonrenewable resources, Storvick said.

“We're going to be the generation that has to deal with the environmental consequences,” he said.