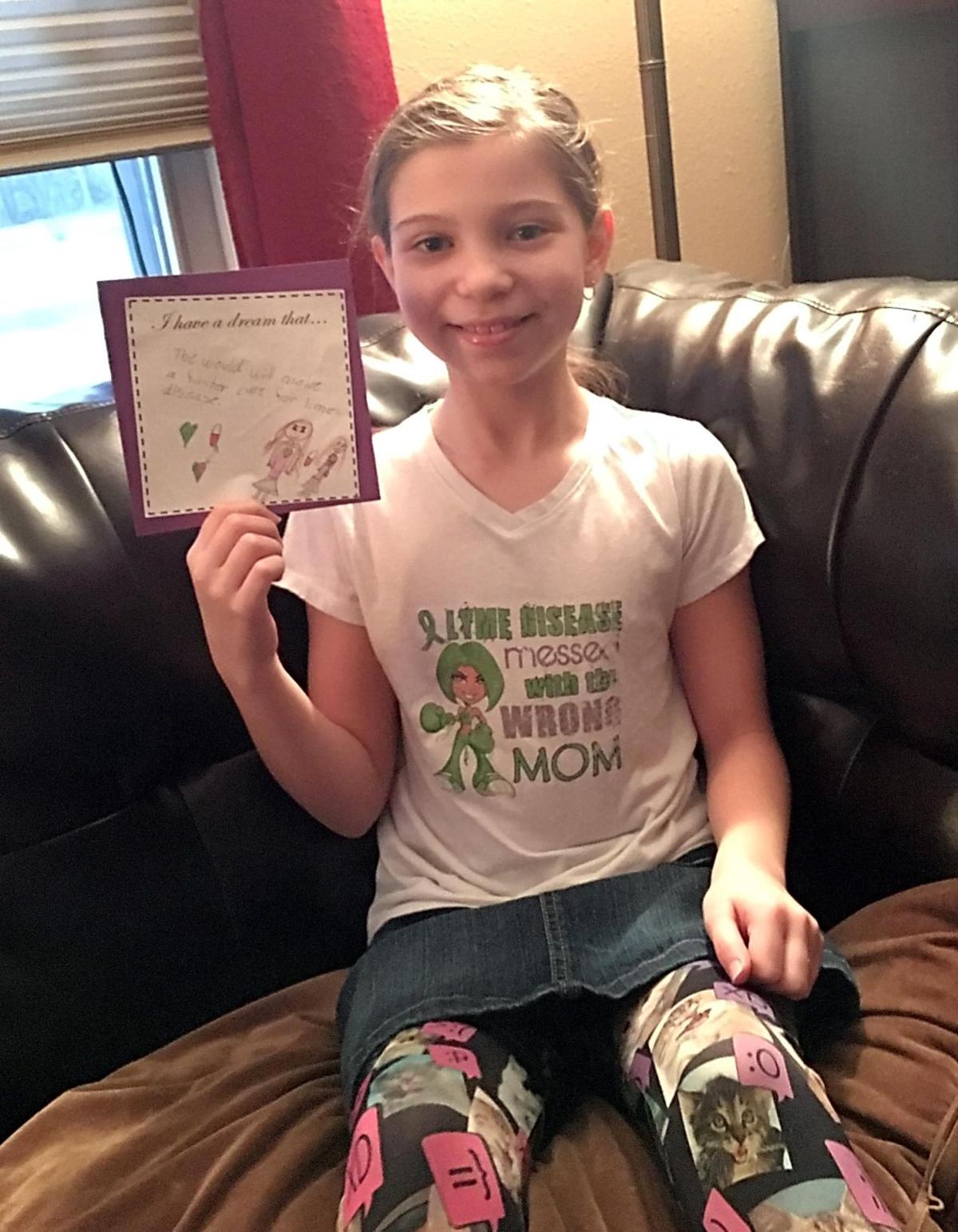 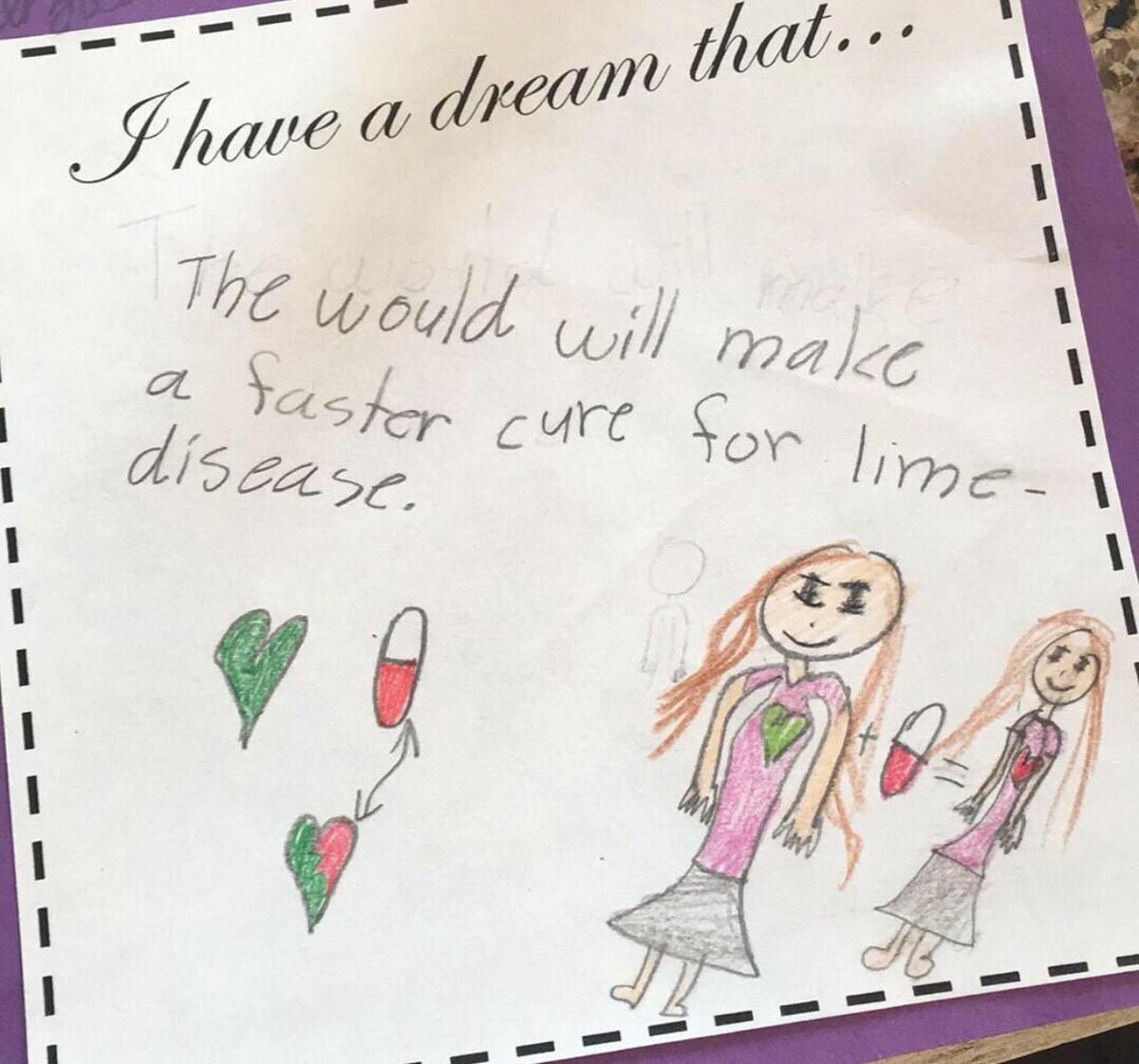 MANKATO — A local third-grader's drawing envisioning a cure for Lyme disease has gained thousands of likes on social media.

Nine-year-old Elizabeth Erickson's drawing made it onto to a popular Lyme disease awareness Facebook page and then was shared by a reality TV star.

Elizabeth drew the now viral drawing on Martin Luther King Jr. Day at Roosevelt Elementary School. Teacher Hillary Hebl gave each of her students a piece of paper with the words “I have a dream that ….” with instructions to write about and draw an aspiration.

Elizabeth said she knew immediately what dream she wanted to illustrate. She wrote that she wished for a faster cure for Lyme disease and she depicted a woman who's heart turned from green to red when she took a curative pill.

After it hung at school for a few weeks, Elizabeth brought her drawing home last weekend. Mom Catherine Franklin said she was proud that her daughter chose an altruistic dream, but she was also saddened because it reminded her how much suffering Lyme disease has brought to her family.

Franklin has chronic Lyme disease. After nearly five years of misdiagnoses, she was diagnosed a year ago. She said she is battling sometimes debilitating fatigue, numbness and memory loss.

Her daughter has "had to really step up" to help herself and the family, Franklin said.

Elizabeth said she is proud of her mom.

Franklin, who works in marketing, shared the drawing with a Facebook Lyme disease support group on Monday. It was from there shared with several more Facebook pages dedicated to Lyme disease. It gained the most viewers on lymedisease.org's Facebook page, receiving hundreds of likes, comments and shares.

On Tuesday, “Real Housewives of Beverly Hills” Yolanda Hadid Foster posted it on her Instagram and Twitter accounts with the message “Such a profound message and drawing from a young child.” The former model turned reality celebrity has Lyme disease. Her Instagram post received nearly 16,000 likes and hundred of comments. Foster later wrote a note to Franklin telling her that the drawing brought her to tears.

Franklin said she's showing her daughter all the positive responses on social media, primarily from people who have the disease.

Elizabeth's response to hearing about the commentators was “I want to fix them all.”

Elizabeth aspires to fix a lot of people someday. Hoping that Lyme disease will be cured before she reaches adulthood, she has her sights set on becoming a surgical nurse.