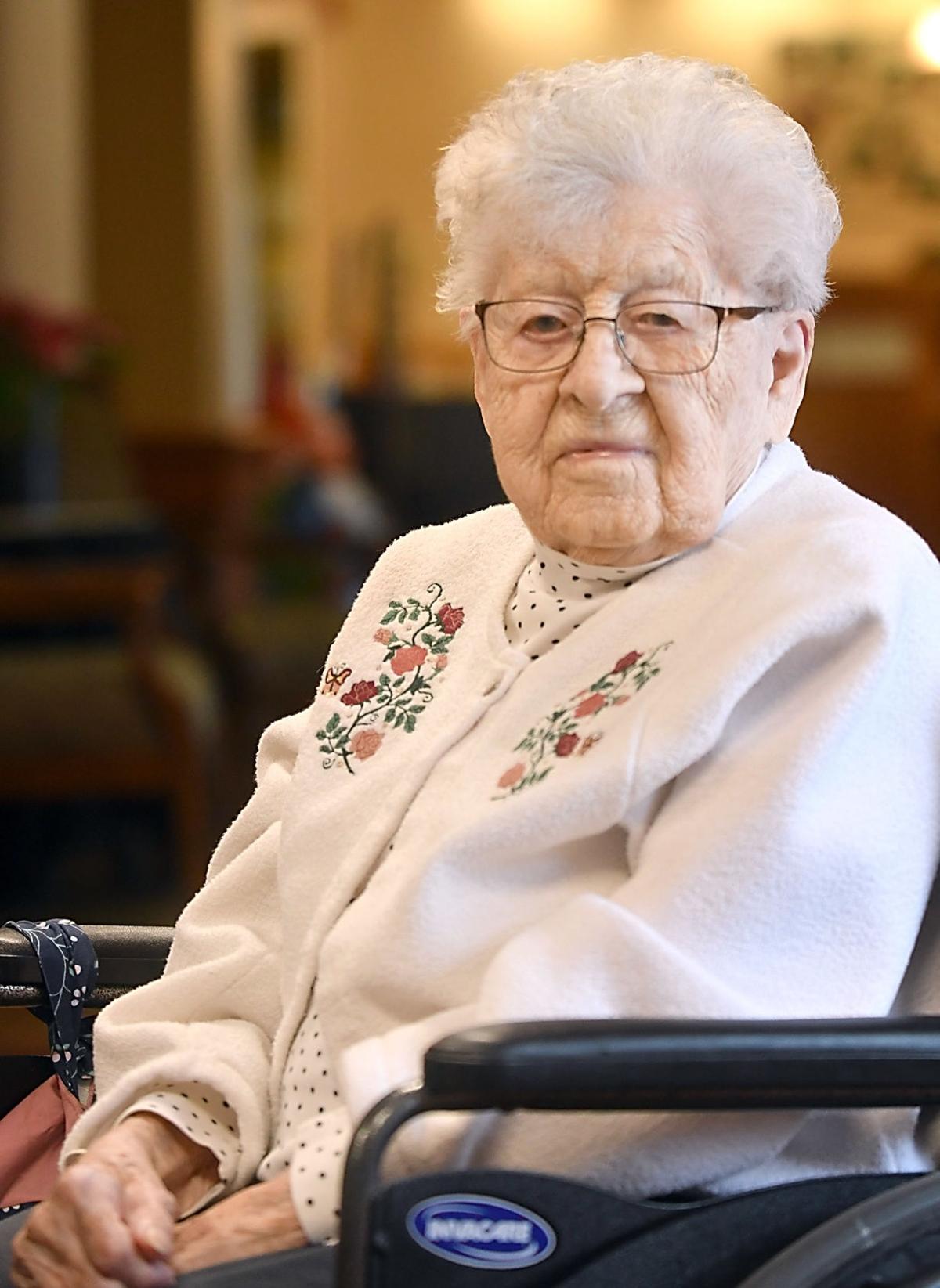 Erna Zahn, 111, of New Ulm, is believed to be the oldest living resident of Minnesota. She turns 112 in April. 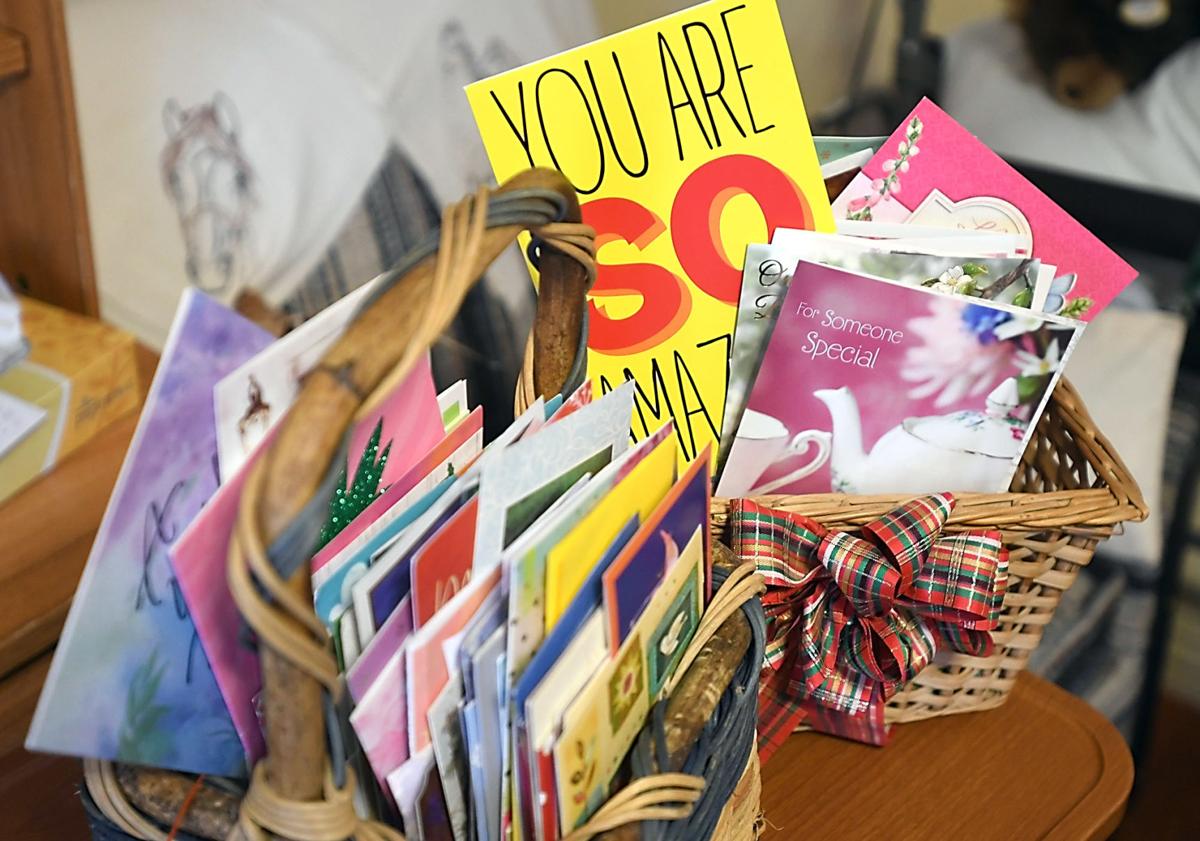 People from all over Minnesota sent Erna Zahn 379 cards in the mail last year to congratulate her on her health and longevity.

Erna Zahn, 111, of New Ulm, is believed to be the oldest living resident of Minnesota. She turns 112 in April.

People from all over Minnesota sent Erna Zahn 379 cards in the mail last year to congratulate her on her health and longevity.

When Erna Zahn was born on April 14, 1908, automobiles were a novelty, Theodore Roosevelt was president, and World War I hadn’t started yet.

The 111-year-old supercentenarian from New Ulm provides a window into a history that only a remaining handful of people in the U.S. experienced first-hand.

Zahn is believed to be the oldest living resident of Minnesota after Evelyn Klein, 112, of St. Anthony, died in December 2019.

Zahn’s daughter, Marley Kuckhahn, also of New Ulm, said when Zahn turned 110, a relative looked at the list of known supercentenarians on Wikipedia.

Prior to moving to Oak Hills Living Center in New Ulm, Zahn lived in her own apartment until she was 109. She did regular aqua exercises until she was 97 and drove a car until she was 96. She still celebrates happy hour with a glass of wine.

“I marvel that I feel so good,” she said.

Zahn’s longevity has led her to reflect on the aging of her own six children.

“She would often make a comment when my oldest brother turned 80,” Kuckhahn said. “’I can’t believe I have a son who is 80,’ and he would say, ‘I can’t believe my mother is still alive.’”

Zahn, who isn’t much of a fan of sweet foods — her least favorite is birthday cake — said the key to longevity is eating breakfast every morning.

“I think too often children skip breakfast,” Zahn said. “They don’t want to get out of a warm bed. They should eat breakfast.”

When Zahn moved into her own apartment, Kuckhahn and her husband bought the family home. The day they moved in, in 2006, then 98-year-old Zahn walked the 11 blocks to check in on them. Surprised to see her, Kuckhahn asked her mother what she was doing there.

“Well, I had to come and see how your furniture looks in my house,” Zahn replied.

A life-long fan of horseback riding, she last rode a horse at age 99, somewhat disappointed that her family insisted she wear a helmet. For her birthday last year, a staff member at Oak Hills Living Center brought her daughter’s horse for her to pet.

“I wanted to ride the horse, but they thought I was too old to ride,” Zahn said.

Born in Pickett, Wisconsin, Zahn’s first language was German, and she didn’t speak any English until she began her formal education in a one-room schoolhouse.

“Our teacher could not understand me,” Zahn said. “But she was a mean person anyway. She used the ruler on me if I talked in German.”

As a child, when her parents wanted to have a date night, Zahn would watch the family-owned grocery store so her mother and father could have a meal alone together. The family lived in an apartment above the store. Later converted to all apartments, the white building still stands today.

For many years, her family used kerosene lamps and a wood fire to light and heat the house and store. Her father, born in 1880, supplemented the family income by delivering mail from a horse and buggy. He bought a car before she turned 10 years old, but Zahn, sick and confined to a bed from the measles, wouldn’t get a chance to ride in the vehicle until she recovered days later.

“The back of the front seat was a shiny metal-like material,” Zahn said. “It was early spring, and my dad was delivering shrubbery for planting. It was all scratched from the shrubbery he was delivering.”

After graduating from high school, Zahn enrolled in a business college in Oshkosh in 1926. After she completed her degree, she was hired by Giant Grip Manufacturing Co. in Oshkosh at the beginning of the Great Depression, where she worked as a secretary.

“I just started working, so I was told I would not get a raise,” Zahn said. “But I got paid.”

In 1934, a year before she married, Zahn took a road trip with some friends to see Mount Rushmore in South Dakota, riding in a rumble seat, a trunk that opens up so the passenger would sit out in the open air. It was in the midst of the Dust Bowl, and when it rained, they used a tarp to keep from getting too wet.

When they arrived at Mount Rushmore, it was under construction. Only George Washington’s face was visible. The other presidents’ faces had not yet been carved. It would take seven more years for the project to be completed.

Zahn and her husband, Meilahn Zahn, married in 1935 and later moved to New Ulm in 1962, where Meilahn became chair of the music department at Martin Luther College. The two had grown up just a couple of miles away from each other, and even went to the same church, but didn’t get to know each other well until they reconnected in the 1930s.

Kuckhahn said her mother instilled in her the values of frugality, spending money and time wisely, and the importance of faith.

Zahn said regular prayer and attending church has helped her get through tough times.

As for the meaning of life?

Dan Greenwood is a Free Press staff writer. Contact him at dgreenwood@mankatofreepress.com.