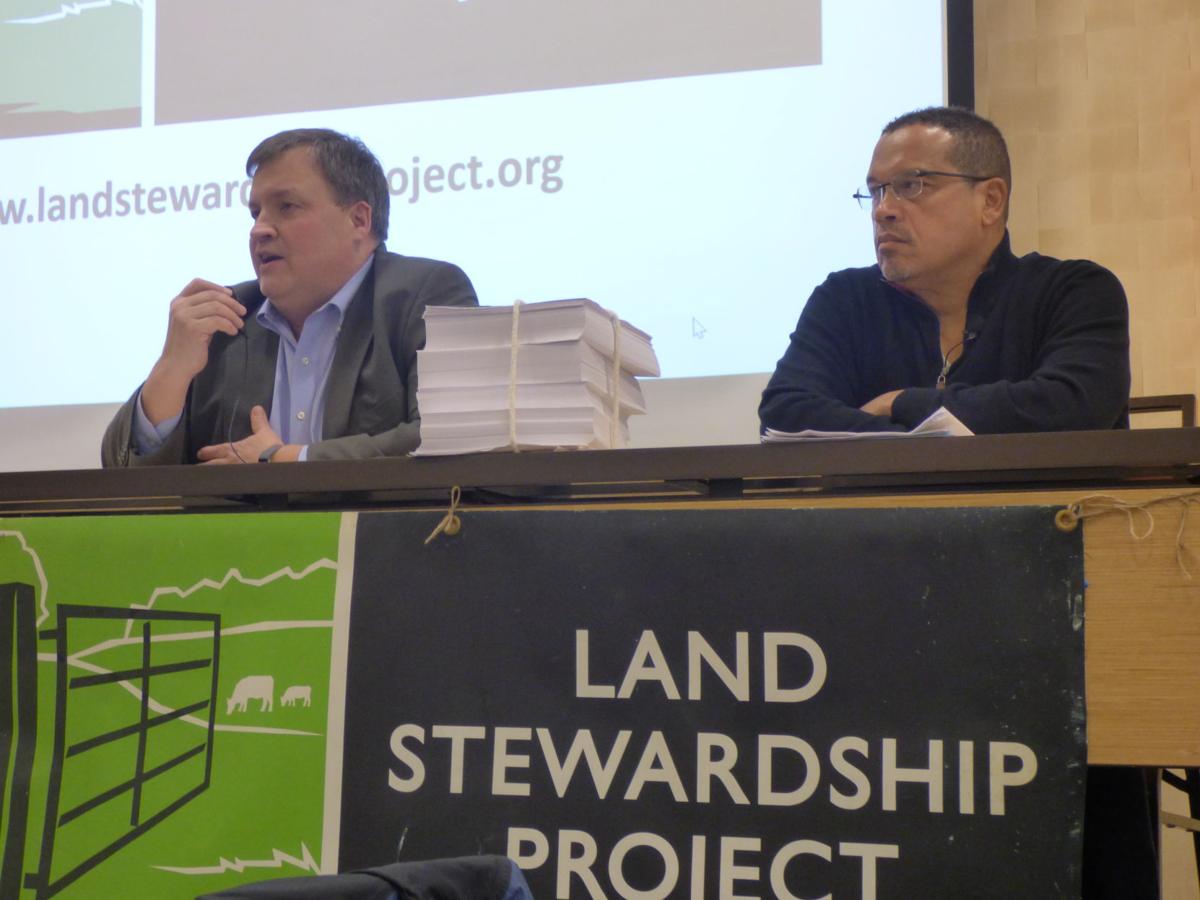 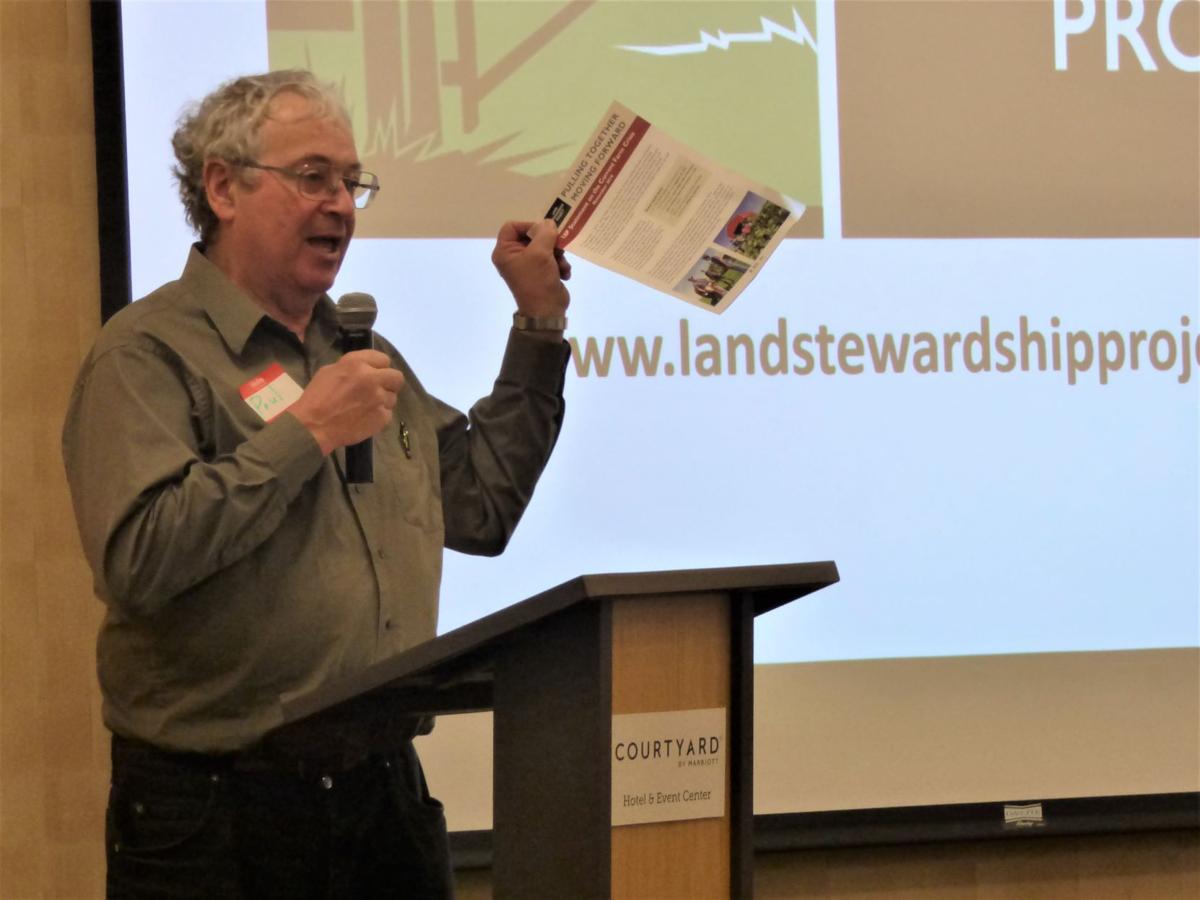 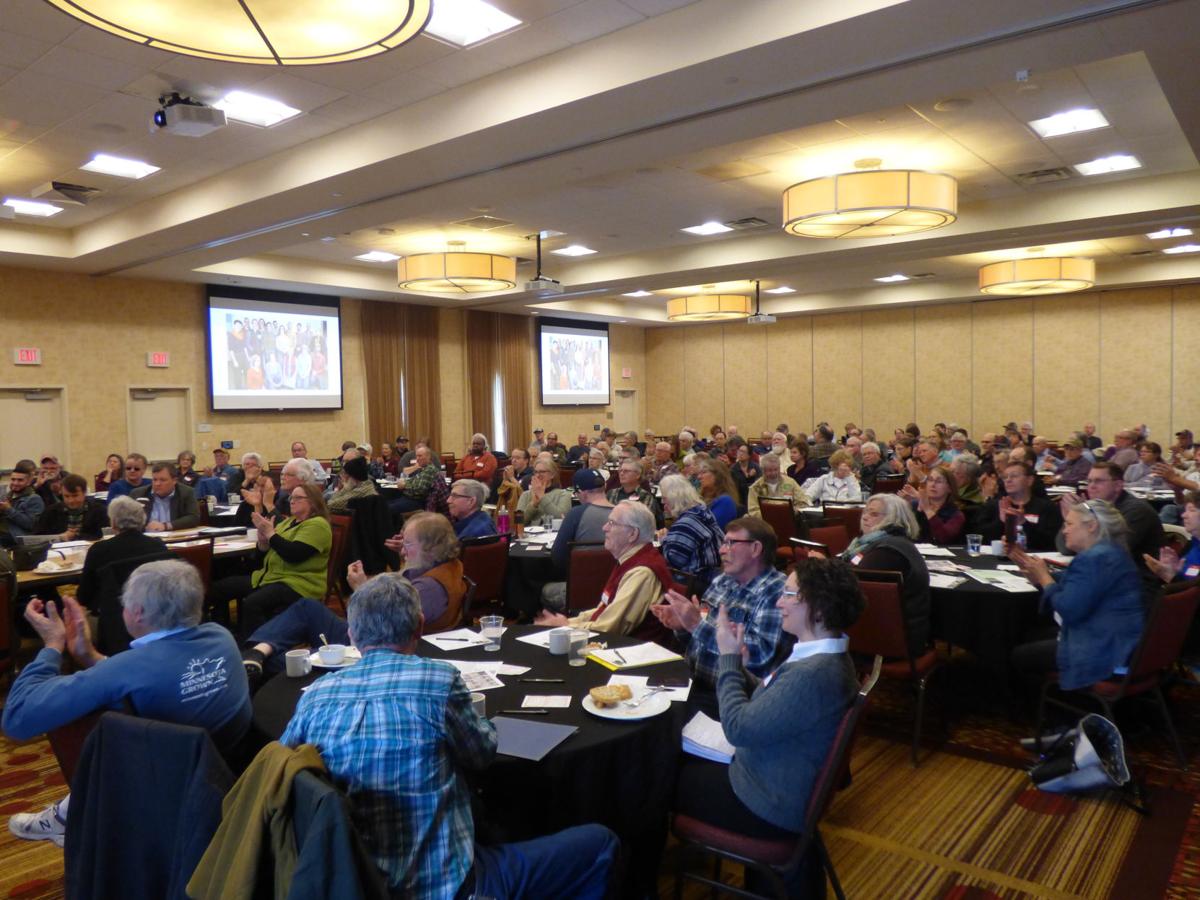 Farmers from throughout southern Minnesota came to Mankato Saturday to discuss proposals aimed at ending the farm crisis.

Farmers from throughout southern Minnesota came to Mankato Saturday to discuss proposals aimed at ending the farm crisis.

MANKATO — The economic crisis affecting Minnesota farmers is urgent and must be addressed before the rural parts of the state suffer irreversible damage.

That’s according to farmer-members of the Land Stewardship Project, who brought their message Saturday to Minnesota Attorney General Keith Ellison and Minnesota Agriculture Commissioner Thom Petersen at a forum in Mankato.

The 4,000-member LSP, an organization that promotes sustainable agriculture and communities statewide, issued a list of demands that they say will mitigate the crisis by directly assisting struggling farmers by expanding healthcare, market access and legal resources.

LSP policy organizer and farmer Paul Sobocinski, who raises livestock near Wabasso, said prices for crops and livestock have become exceedingly low over the past 5-6 years.

“Farmers’ share of the food dollar continues to slip, while some of the major agribusiness — like Land of Lakes and Cargill — their profit margin grows,” Sobocinski said. “The people that grow the food ought to get paid a fair price for what they do, just like workers and minimum wage.”

Madonna Sellner, who grows alfalfa, oats and corn with her husband on a farm near Sleepy Eye, said they must work harder and harder for ever lower pay. She said they work 15 hours day for $8.60 an hour, far lower than Minnesota’s current minimum wage. They had to spend their savings on keeping the farm afloat.

“Our talented farmers are being driven out by big corporations and land investors that don’t believe in sharing,” Sellner said.

Sellner said dairy farmers are being pushed out by large-scale operations capable of pushing the prices down to artificially low costs. She called for a moratorium on dairy farms with over 1,000 animals until related issues like water pollution are addressed.

Tom Nuessmeier, of St. Peter, an LSP organizer who raises livestock and grows corn, soybeans and alfalfa on 200 acres near Le Sueur, echoed that sentiment. In 2019, 300 dairy farmers went out of business in the state, according to the Minnesota Department of Agriculture.

“Large dairies don’t shoulder as much of the negative consequences of the oversupply, because of volume premiums that are in that system,” Nuessmeier said. “We need to turn that around.”

“Our organization believes the number of farm advocates needs to be doubled,” Sobocinski said, pointing to the state’s $1.5 billion budget surplus as a funding source.

“We need legal resources, so we’re recommending funding through a farmers legal action group,” he said.

He also said farmers need accessible opportunities to restructure loans, and the expansion of MinnesotaCare for farmers and their families facing hardship.

“A lot of farmers are forced to have one of the spouses work off the farm to bring in health insurance or to have enough income to keep the farm going,” Sobocinski said.

Ellison, a supporter of Medicare for All, said small farms struggle to turn a profit because big farms are taking the lion’s share, and the bigger players use that position to lobby legislators to enact laws that stack the cards in their favor.

“I spent 12 years in Congress, and I can tell you right now that it’s common for some of these folks, whether it’s health care or Big Ag, to spend $14-15 million a day to get what they want,” Ellison said. “This idea of concentrating wealth and concentrating industry has not been to the benefit of our environment, our customers, our employees, our workers, of our farmers.”

He said anti-trust laws are in place to prevent the industry from falling into the hands of a few, to the detriment of independent small and mid-sized farms.

“Let’s go back to those anti-trust principles that rebalance the scales,” Ellison said. “We can use lawsuits to our advantage. If a merger is illegal under antitrust laws, we can stop it. I’ve been very clear with my staff — we need to be on the lookout for cases that are going to promote more competition and stop the monopolization and oligopoly.”

Petersen said farmers throughout the state consistently tell him that the low prices aren’t sustainable. He said farm income has been at its lowest in 20 years, and that farmers need to have a fair price and fair income to survive.

One solution, he said, is the need to expand domestic and international markets, and connecting farmers directly with consumers.

“We’re constantly working on outreach on all fronts, whether it’s trade, developing new markets, attracting business to Minnesota; but also selling direct from the farm to keep the money as close to the farm as much as possible,” Petersen said.

He said the Minnesota Grown Program has connected over 1,000 local farmers directly to the public, as well as food co-ops.

Nuessmeier, a fifth-generation farmer who works alongside his brother, has diversified by growing a combination of crops and raising Finnish feral hogs for a specialty market. While the general farm economy has had an impact on those prices, he said many of his neighbors have fared far worse.

And it’s not just farmers that are struggling, but entire communities in the rural parts of Minnesota that rely on those farmers to keep business, schools and churches open, Nuessmeier said.

“We need our elected officials to take a step beyond saying we need to just address the stress that it’s causing,” Nuessmeier said. “Those are very immediate things, but there are structural policy changes. The question we’re lifting up to people is: What sort of rural communities and what sort of agriculture do we want to see? Those are decisions we can make.”