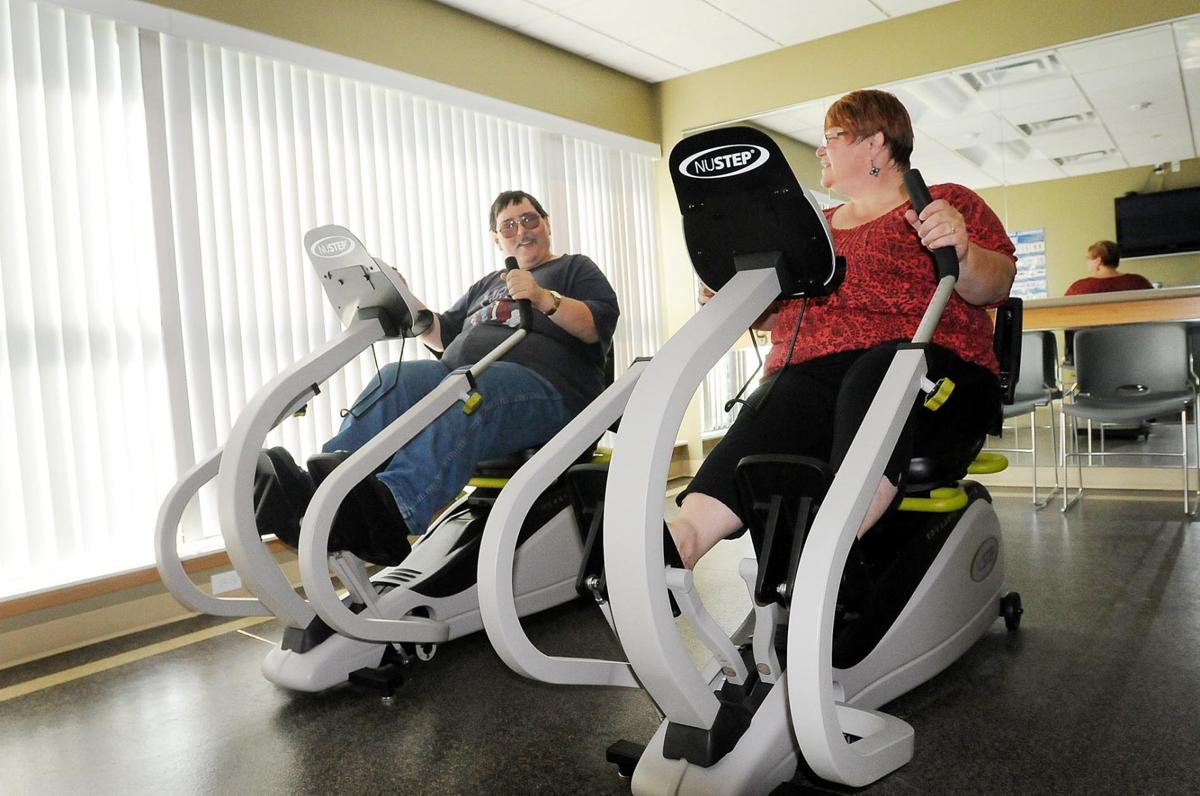 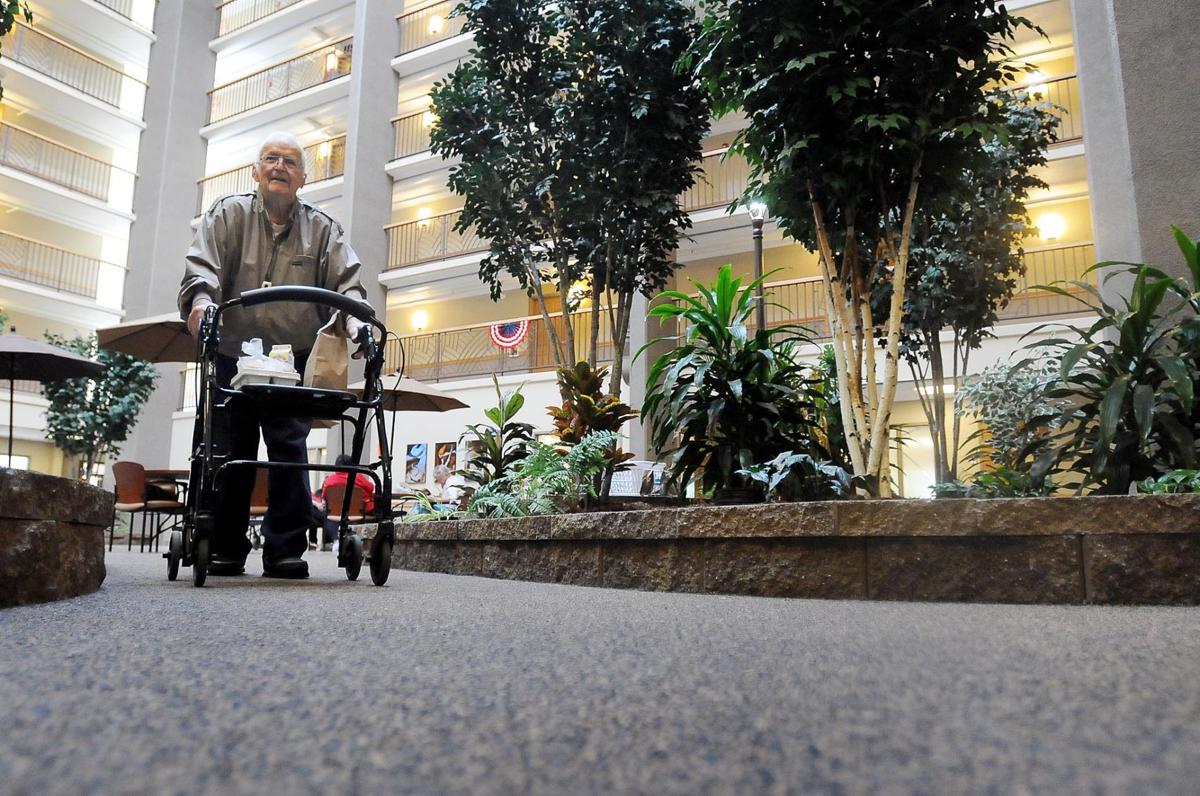 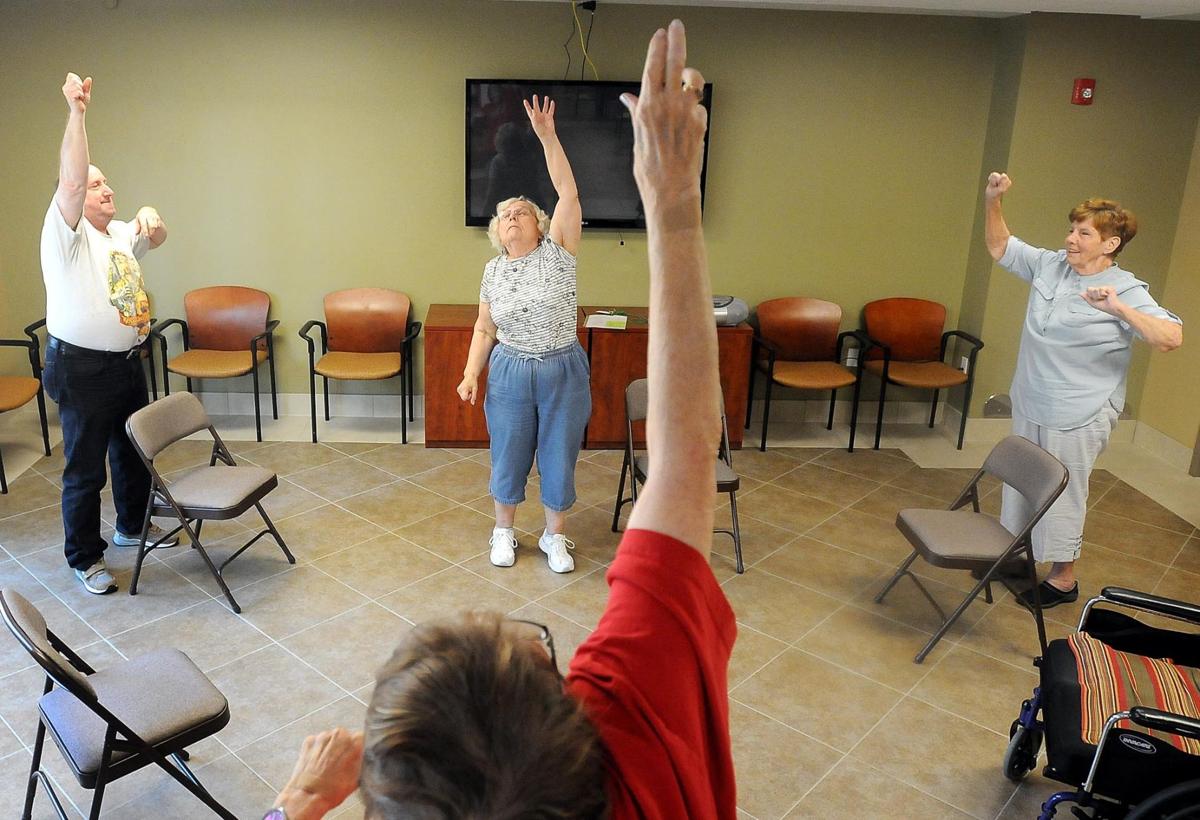 MANKATO — Since he moved to Orness Plaza in 2012, 68-year-old Richard Domas is 25 pounds lighter.

The Mankato native walks 30 minutes a day and exercises five times a week. And he’s feeling great, too.

“How could you not? You got everything you need right here,” Domas said, raising his arms in the air.

Orness Plaza, a 101-unit apartment building with mostly elderly residents, underwent a $9.8 million renovation that finished in 2012. The rehab made structural improvements while giving residents new ways to exercise, including a garden- and pool-lined walking path. And it made their units healthier and more comfortable by improving ventilation and temperature controls.

Sixty-two residents participated in a federally funded study that aimed to quantify the physical and mental health benefits of the so-called “green renovation.”

Catherine Borglum, who led a group of six in a series of balance exercises Thursday morning, said residents have noticed their better posture, balance and joint health.

“I think the thing I have heard from everyone is how much better they feel,” she said.

A few minutes later, she led the group’s stretching exercises to the tune of “Ain’t No Mountain High Enough.”

Residents’ mental health turned out to be the biggest beneficiary of the renovations. When one of the two study groups started the year, they had an average of 25.7 days of good mental health in the previous month, compared with 26.5 for a comparison group of non-Orness residents.

A year later, the Orness Plaza group was feeling better; they had an average of 27.3 such feel-good days. The comparison group had worsened, to 25.1 days of good mental health. The difference was statistically significant.

The study’s authors noted it’s possible the people in the study just said they were feeling better because they were being asked about it by friendly researchers, the result of a phenomenon called the Hawthorne effect.

The study found small improvements in physical health compared with small declines in the comparison group, though these differences were not statistically significant. This was not a surprise.

“We had expected difficulties in discerning definitive physical health impacts, especially for an elderly population in generally poor health at baseline and an inherent expectation of health decline over time,” the authors wrote.

There was one odd finding: One of the study groups saw a 32 percent increase in limitations to their daily life, mostly problems with walking. Only 4 percent of the comparison group had similar limitations.

Technical investigations into the upgrades showed dramatic reductions in dampness and mildew or musty smells. And the rooms weren’t humid enough for mold, a pre-renovation problem, to form.

William Weber, a senior research fellow at the University of Minnesota’s Center for Sustainable Building Research, led the technical review. He said air quality is something many of us take for granted but is tied to health problems such as asthma, allergies and mold.

Energy use almost cut in half

Weber said the team had a goal to cut energy use in half. They didn’t quite hit that target — it was cut by 44 percent — but they were satisfied.

“The building behaved very much like a brand-new building,” he said.

The renovation included new windows and insulation as well as a geothermal system with 96 wells at a depth of 220 feet.

The energy savings were especially impressive in light of the improved ventilation, which exacts an energy cost of its own.