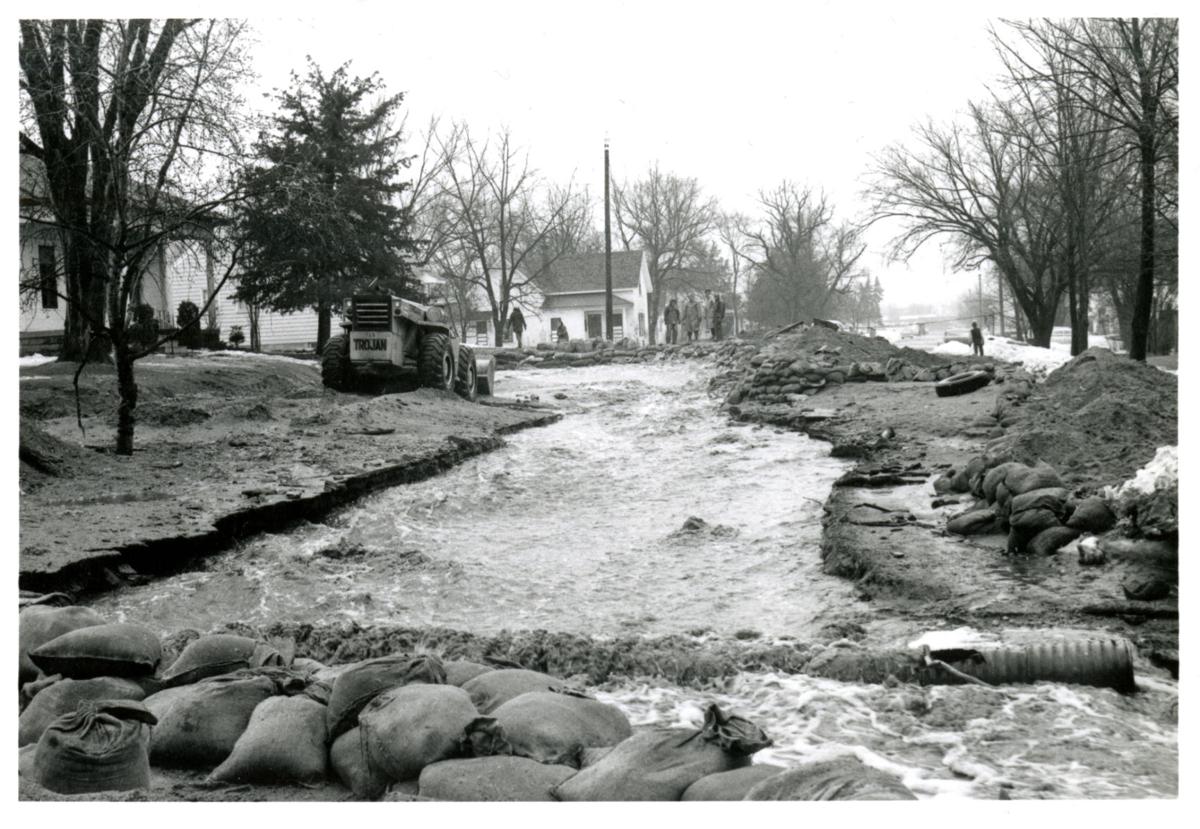 Water from a controlled release from a dike along Sunrise Drive in St. Peter during the 1965 flood can be seen flowing along North Eighth Street in this photo taken from the intersection of North Eighth and Madison streets. The view looks to the north. The water was directed to the city’s large Recreation Field, from which it could make its way to the Minnesota River. Photo courtesy Nicollet County Historical Society 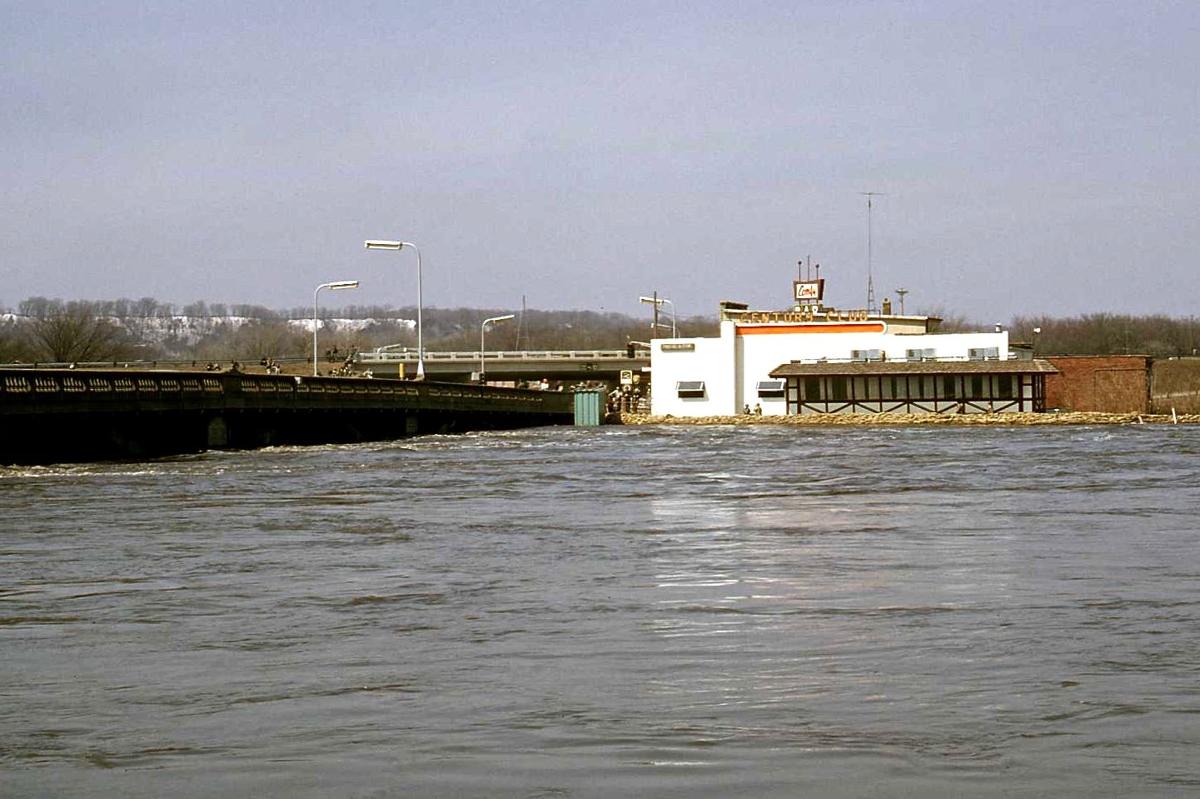 A view of the area near Sibley Park in Mankato. The Mankato Lutheran Home, now Pathstone, is the large building in the lower right hand corner. Photo courtesy Blue Earth County Historical Society

There are different ways to measure the worst floods in history.

Maybe it’s by the cost of the damage or loss of human life. Or you can look at the peak height of the river during a flood.

By any measure, the flood of 1965 was transformational.

It ranks No. 2 in history for the height of the river at Mankato, with the 1993 flood ranked just a bit higher. But in fact, that ‘93 record river level was likely skewed a bit. The floodwalls and other channelization of the river hadn’t been done during the 1965 flood. With the walls in place in ‘93, the narrower channel compressed the river and increased the height, rather than letting water flow out over more land surface.

The volume of water in 1965 was the highest on record in Mankato — measured at 94,100 cubic feet per second. (That’s slightly more water volume than in an Olympic-size swimming pool rushing by each second.)

And the flood, which did widespread damage in the Upper Midwest, was the catalyst for major flood-control projects that would span the next decades.

In this special section, The Free Press looks at the 1965 flood, which happened 50 years ago this April.

On March 16, a special section looked at flooding from early settlement up to 1965. On March 30, a section will review flooding since ‘65.

Fueled by an unrelenting winter and peculiar spring, the signs of trouble building became quickly and terribly apparent to residents all along the Minnesota and Mississippi rivers in the early spring of 1965.

More than 60 inches of snow was packed onto the millions of acres of land in the river basin.

A bitter March — the coldest on record, not rising above 30 degrees in most areas — prevented the deep snowpack from slowly melting.

Early April arrived with a vengeance and dumped heavy rains, as rising temperatures fueled a quick snowmelt atop a still frozen earth.

Those downstream watched as communities in western Minnesota dealt with the flood. At Granite Falls, near the start of the Minnesota River, officials were blowing out ice jams with dynamite, speeding the flow of water down toward Mankato.

While the rivers rose and began spilling their banks, the unique flood of ‘65 provided a second punch to residents and National Guard troops moving to build earthen and sandbag dikes. Along St. Peter and in other towns, the snowmelt on land atop the deep valley created massive lakes of water on the landscape. In St. Peter, all that water was going to flow in one direction — down the bluff through the heart of the city and toward the swollen river.

From New Ulm and Courtland to Mankato, St. Peter, Henderson, Le Sueur and beyond, the river swelled and moved deeper into communities, forcing thousands to flee their homes and businesses.

Thousands of volunteers worked, often around the clock, to build levees, often in futility. In St. Peter the growing lake atop the bluff was certain to overwhelm the temporary dike and engineers were forced to open a section of it to divert water down a path that would cause the least damage. As the water flowed down the bluff, it spread out across the lower portion of the downtown at the same time the river to the east was continuing to rise and spill its banks.

While most communities suffered heavy damage, a Herculean effort to build earthen dikes and sandbag walls in North Mankato protected the city from extensive damage. Following the floods, the relieved residents of North Mankato held a community celebration on the streets. It became Fun Days, which marks its 50th year this summer.