Biden to speak about abortion ruling, outline his plans 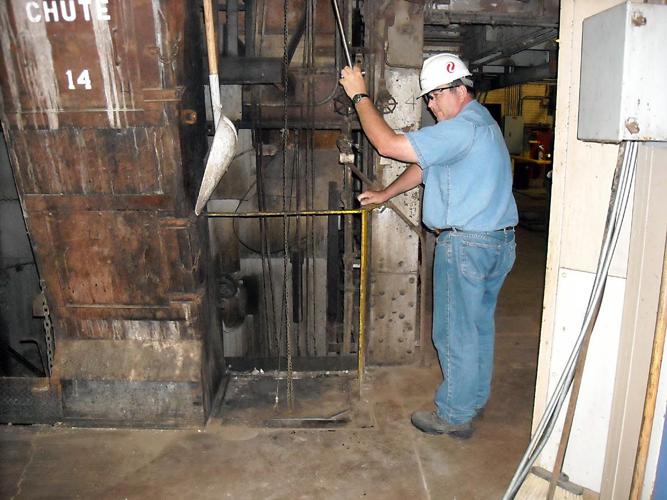 An Xcel Energy worker operates a door on one of two boilers burning garbage at the Wilmarth power plant. Photo courtesy Xcel Energy 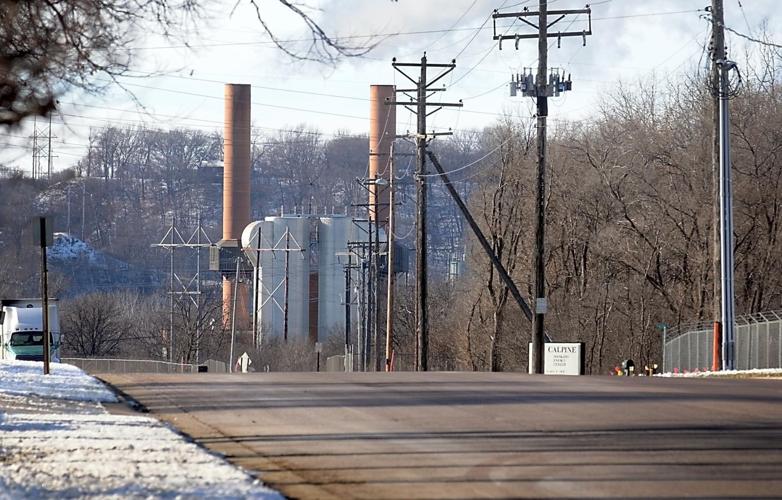 The Wilmarth plant on Summit Avenue on Mankato's north side has been burning processed waste since the late 1980s. Photo by Pat Christman

An Xcel Energy worker operates a door on one of two boilers burning garbage at the Wilmarth power plant. Photo courtesy Xcel Energy

The Wilmarth plant on Summit Avenue on Mankato's north side has been burning processed waste since the late 1980s. Photo by Pat Christman

MANKATO — Since the late 1980s the Wilmarth plant in Mankato has been burning processed waste from counties in the Twin Cities and the region.

Before the plant was approved, local environmentalists fought bitterly against it, arguing the toxins from emissions would endanger people's health. But over the decades the plant has operated at near capacity, largely without notice and hasn't had any serious violations of its permit.

Now, as Rasmsey and Washington counties prepare to increase the amount of garbage that is processed and burned, Xcel Energy says the Wilmarth plant and another they operate in Red Wing play a key role in reducing the amount of waste going into landfills and producing electricity, with the Mankato plant's two turbines making 20 megawatts of power.

But a Red Wing activist who's long opposed the amount of waste being burned says Xcel shouldn't be in the business of incineration and that the Minnesota Pollution Control Agency is misguided in pushing for waste incineration and doesn't put strict enough limits on stack pollution.

"Permits are not up to date and they're not written with a priority for protecting people's health and protecting the environment," Alan Muller said. Decades ago, Muller helped design incinerators when he was a consultant to an engineering firm. But he came to believe that the MPCA, counties and others have made a mistake by focusing on burning waste.

"(The MPCA is) actively promoting incinerators. I say they're wrong. But if they're hot to trot to get more garbage burned, they could at least keep the permits up to date and up to current standards."

Carolina Schutt, a permit supervisor with the MPCA, said the agency is doing its job and that stacks on waste incinerators are more heavily scrutinized than others. "The waste combusters are one of the segments that are highly regulated."

Jim Kuhn, plant director at Wilmarth, said they closely monitor emissions and they've had no violations of the emission limits in their permits.

"We have a continuous emission monitoring systems and a continuous opacity monitor," Kuhn said. Those monitors constantly check certain emissions coming out of the stack and check the opacity, or how much light can be seen through emissions from the stack.

"In our permit we do annual testing, too. For (some chemical emissions), there's no way to read them real time. An independent company comes in and goes up to the stack and takes tests," Kuhn said.

Muller said that while plants like Wilmarth might not be violating their permits, he believes the permits are not as stringent as they should be.

"No one's gong to drop dead walking next to the incinerator, but if your kid has asthma or something, no one is going to be able to say this incinerator is a part of that."

Muller is also concerned by a big lag in how quickly the MPCA formally renews permits. He made a formal request to the MPCA to get a list of every air, water and solid waste permit that had expired. "It took months to pry it out of them."

"More than half of all the permits are expired," Muller said.

"In my opinion, it's very unsatisfactory. I know people at the PCA and I'm not trying to embarrass them. I'm just saying we need to make this better."

He said he is planning to file a complaint with the inspector general of the federal Environmental Protection Agency about the ongoing backlog of lapsed permits in Minnesota. "This is basically an EPA program that they give to the states to administer."

Schutt said that when a plant's permit expires and the MPCA doesn't have the time and resources to promptly renew it, the plant is given a "continuance" to operate under the existing permit.

She admits a lack of staff and time and more complex regulations mean the agency can't keep current on renewing permits. "There has been a significant amount of new regulations the state and federal governments have issued in the last 20 years. There are new things that need to be analyzed and included in the permit. So it's a pretty dynamic regulatory system in the last 20 years," Schutt said.

When a permit comes due, the plant is given a "continuance" to continue operating so long as they make a timely application for a new permit. There is no time limit on that continuance, Schutt said.

But she said plants whose permits are continued after they officially lapse have to meet new standards even if those standards may not be in their original permit.

There are about 10 waste incinerators in the state. Some, like Mankato's, burn waste that is separated out of garbage, while others, such as in Hennepin County, burn all the garbage as it's delivered after being picked up at the curb.

In the late 1980s when a waste processing plant was built in Newport and the Wilmarth coal plant in Mankato was being converted to burn waste, the state was setting priorities for the disposal of garbage, said plant manager Kuhn.

"The MPCA developed a hierarchy for waste: reduce, reuse, recycle, then waste to energy — which we're doing — and at the bottom is landfilling," he said. "What we're doing is helping the counties do less landfilling."

Muller said those arguing that burning is better than landfilling aren't focusing on what should be the real goal. "Neither dumping or burning is good. Countries around the world have shown you can get an 80 percent recycling rate if you work on it. Minnesota isn't doing that," he said.

Minnesota was an early leader in recycling, getting a recycling rate of just more than 40 percent. "Then progress came to a stop and maybe even dropped off again," Muller said.

(According to a recent state report the recycling rate is 42 percent, but the amount of glass, paper, plastic and metal has declined some, while the amount of organic composting has increased. Waste burned is 21 percent of total waste generated in the state.)

Ramsey and Washington counties recently agreed to purchase — for $24 million — the Newport processing facility from a private company in an effort to convert more of their garbage to burnable waste.

The two counties now process 79 percent of their waste for burning but hope to reach 100 percent when they take over the plant.

Wilmarth now burns an average of 175,000 tons a year and Kuhn said they won't be taking much more waste from Newport.

"We can't really increase that much more. We're getting pretty much what we need to keep the plant at full capacity. We don't expect to get a lot more (from Newport)," he said.

Muller argues the amount of power generated from waste burning is small and that garbage burners emit harmful toxins and add to climate change. "Overall, (carbon dioxide) emissions per unit of electricity generated are much higher than coal. Incineration is the worst way to manage wastes and an absurd way to generate very small amounts of electricity."

He said very few utilities burn waste. "Xcel peddles itself as being clean and green. Burning waste may have made sense in the '80s but maybe they should get out of this business," Muller said.