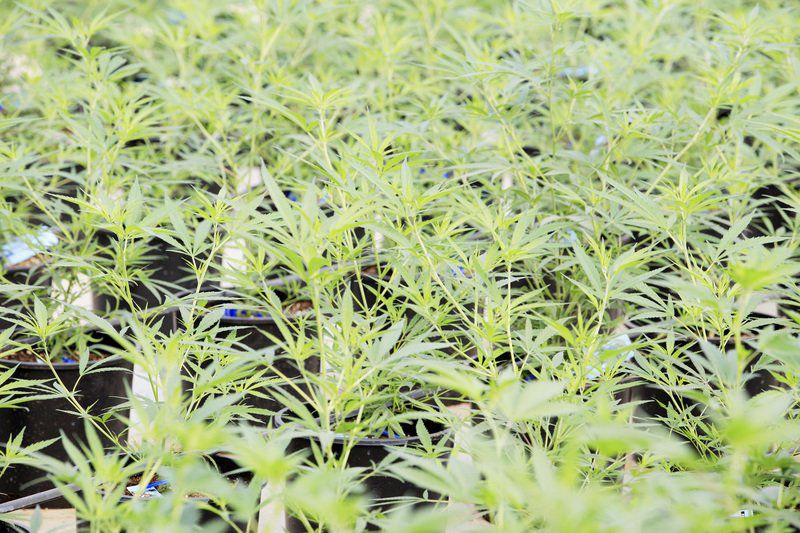 Bloomberg NewsMarijuana grows in a greenhouse in Avondale, Colorado. Colorado is among the statea that have already legalized marijuana for recreational use, and legalization is on the ballot this week in five states. 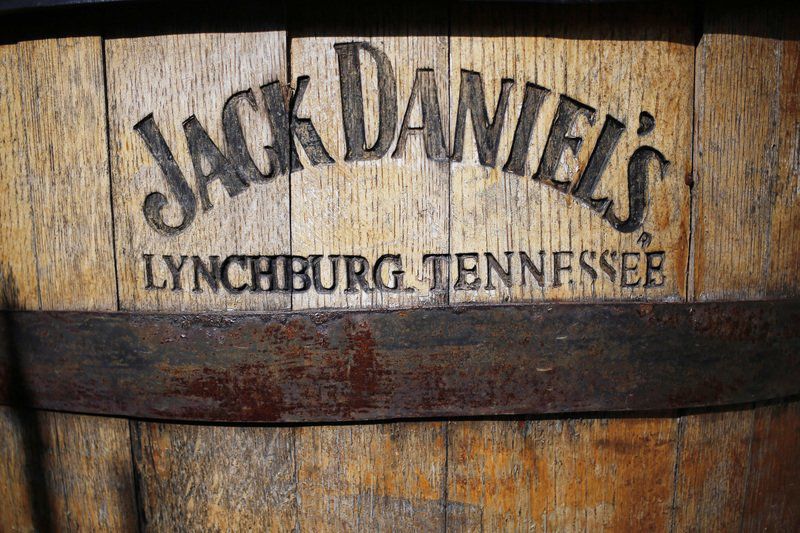 Bloomberg NewsBrown-Forman, parent company of Jack Daniel's, has listed legal marijuana as a threat to its financial performance in regulatory filings.

Bloomberg NewsMarijuana grows in a greenhouse in Avondale, Colorado. Colorado is among the statea that have already legalized marijuana for recreational use, and legalization is on the ballot this week in five states.

Bloomberg NewsBrown-Forman, parent company of Jack Daniel's, has listed legal marijuana as a threat to its financial performance in regulatory filings.

The booze industry is worried that a couple of hits of marijuana may cause customers to drink less.

Legalization is on the Tuesday ballot in Arizona, California, Maine, Massachusetts and Nevada, and alcohol groups are either staying neutral or lining up behind the No campaigns.

Paranoia is justified, according to data from Cowen & Co. and the National Survey on Drug Use and Health. The number of drinkers who also smoke cannabis has increased over the past decade, while the number of cannabis smokers who drink has declined. Men, especially, find it difficult to party hearty. Their monthly drinking decreased in the last five years while their ganja use grew.

"We'll be the growth category; they'll be the mature category," said Adrian Sedlin, chief executive officer of Canndescent, a pot grower in Southern California. "They'll plod along at their 2 percent, and we'll be growing for the next 30 years in the double digits."

On the corporate side, Boston Beer Co., brewer of Samuel Adams, and Jack Daniel's exporter Brown-Forman Corp. have listed legal weed as a threat to company financial performance, according to their regulatory filings. Boston Beer's filing says legalizing weed could decrease demand for its products.

If all five ballot initiatives pass, the area in which adults can legally ingest recreational pot would cover 23 percent of the U.S. population and 26 percent of gross domestic product, according to a Cowen report. Marijuana is already legal for recreational use in Alaska, Colorado, Oregon, Washington and Washington, D.C.

Vivien Azer, a Cowen analyst, said the hard-beverage industry is the group that could lose the most. All told, Cowen estimates that the recreational pot industry will reach $50 billion in sales by 2026. "There is real risk to alcohol consumption," Azer said. "If consumers are going to dual use, I would expect that they would moderate their alcohol consumption to accommodate the addition of a second social lubricant."

Still, the threat against alcohol hasn't materialized in states where marijuana is already legal. Sales didn't decline in Colorado or Washington after legalization, according to the Distilled Spirits Council, a trade organization.

That could change as acceptance of marijuana grows, said Paul Gatza, director of the Brewers Association, a craft-beer trade group.

"The landscape is changing very rapidly," Gatza said. "Wherever we are today is probably not where we'll be societally in a few years."

California is the largest U.S. state by population and the sixth-largest economy in the world. Legalization there would triple the marijuana market virtually overnight. Polls show the ballot measure has broad support, stoking pro-pot momentum, said Chris Leavy, an investor who's put money into the $100 million MedMen Opportunity Fund, which invests in cannabis companies.

"We're at a point where the odds of reversing the trend are low," said Leavy, former chief investment officer of fundamental equities in the Americas at BlackRock Inc. "Valuations for a number of projects in the legal marijuana business remain quite attractive as many institutional investors still remain on the sidelines."

Not all alcohol-related companies are against the broader acceptance of pot. Five liquor distributors in Nevada have given $12,500 each in favor of the proposition there. Some proponents may even be hoping to be part of a legal industry. Big Alcohol's potential involvement has been a reason some people have pushed against California's legalization, according to David Dinenberg, chief executive officer of KIND Financial, a compliance software company for the cannabis industry.

"There's a lot of pushback that this is going to open the doors for Big Pharma and Alcohol and Tobacco" to squeeze out smaller producers, he said.

The Wine & Spirits Wholesalers of America lists legalization as a "regulatory key issue," though the group hasn't taken a stance for or against, according to its website. The group said its expertise dealing with "the myriad issues that gave rise to Prohibition" is one reason it can serve as a resource for states to explain the benefits of the three-tiered system, which ensures all alcohol in the U.S. must be sold through distributors.

The Distilled Spirits Council, which represents the biggest liquor companies, and the Beer Institute, an industry group made up of the largest brewers, both said they believe voters in the states should determine marijuana's legal status.

They're remaining neutral in a societal shift that will end up lucrative for investors, said Steve Gormley, managing partner of Seventh Point, a private equity firm focused on the cannabis business.

"It will be a national tipping point," Gormley said. "The value of our legal medical marijuana assets will explode overnight."