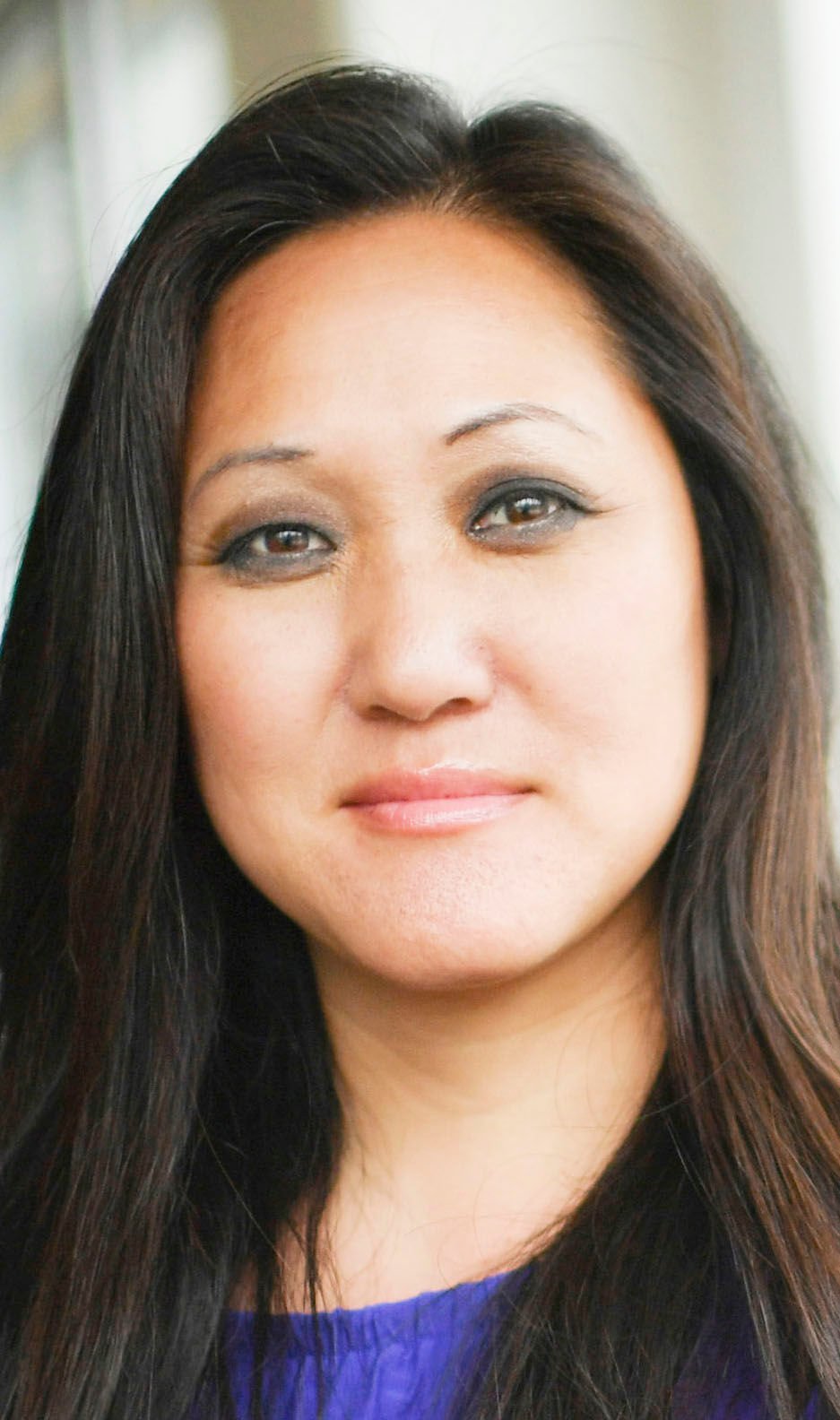 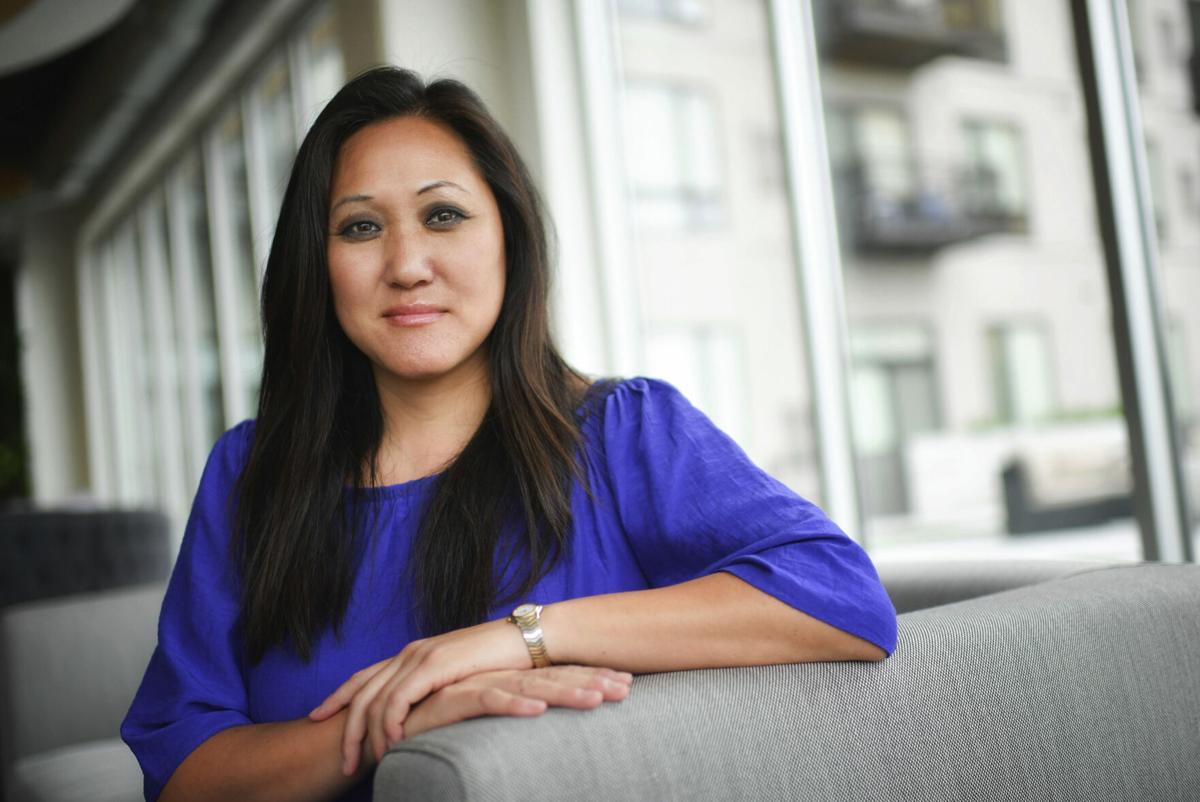 Jennifer Carnahan resigned Thursday night as chairwoman of the Minnesota Republican Party one week after a donor and activist closely associated with her was indicted on sex trafficking charges.

Jennifer Carnahan resigned Thursday night as chairwoman of the Minnesota Republican Party one week after a donor and activist closely associated with her was indicted on sex trafficking charges.

A week after a close associate was indicted on charges of sex trafficking of minors, Minnesota Republican Party Chair Jennifer Carnahan has resigned her post.

In a statement from the state GOP posted to social media, Carnahan said she was resigning “in the best interest of the party and of my mental health.” The statement said her resignation was effective at the close of the party’s executive committee meeting. She said she would “step away from the party.”

Referring to the charges against top GOP donor Anton Lazzaro that he allegedly recruited six people under the age of 18 for commercial sex acts, Carnahan repeated that she “had no knowledge or involvement in such activities.”

Carnahan, the wife of 1st District Congressman Jim Hagedorn, will receive a severance of around $38,000. A source also tells MPR News she was the tie-breaking vote for her own outgoing pay.

Subsequent to the indictment of Lazzaro, activists and former party employees went public with accusations that Carnahan created a toxic work environment and covered up allegations of sexual harassment during her tenure that began in 2017.

Carnahan addressed those allegations as well.

“It is unfortunate that the mob mentality has come out in this way to defame, tarnish and attempt to ruin my personal and professional reputation,” she said. “I am confident a full investigation will uncover the facts and prove my innocence.”

Earlier in the day, six of the party’s 15-member executive committee urged their colleagues to vote to remove Carnahan from her position. It takes 10 board votes to do that.

The turmoil started last Thursday when the U.S. Attorney’s office in Minneapolis announced the arrest and indictment of Lazzaro. Prosecutors allege that the 30-year-old recruited six people under the age of 18 “to engage in commercial sex acts.”

The next day, Carnahan issued a statement condemning Lazzaro’s alleged actions and pledging to give his financial contributions to charity. In one of her first public interviews since the arrest, Carnahan told Paul Douglas of WCCO Radio on Tuesday that the news surprised her.

“I found out when you guys found out. And just as everybody else, I was very shocked. I was quite honestly disgusted. I think it’s abhorrent, and I think a conviction of these charges warrants punishment to the fullest extent of the law. And to be quite honest with you, Paul, I think Mr. Lazzaro’s going to be spending the rest of his life in prison.”

Authorities have released only limited details about the alleged trafficking. But court documents say investigators seized nearly $1 million worth of gold bullion from Lazzaro’s home in downtown Minneapolis, plus $371,000 in cash, and more than a dozen cellphones.

While Carnahan is distancing herself from Lazzaro, party staffers and activists tell MPR News that the two have been close friends for years. Lazzaro is a top donor to Hagedorn and was among the few dozen guests at their 2018 wedding.

The next year, Carnahan and Lazzaro started a podcast together.

In the first of six episodes, Lazzaro said he and Carnahan struck up a friendship during her 2016 state senate run, when she left a campaign flyer at his apartment.

“I remember that mail piece distinctly. It was a pink piece. And I thought, oh gosh, the Democrats can’t even leave private luxury high rise buildings alone and then I see ‘Republican’ on it, and I’m just like, elated. Wow! Someone’s working downtown Minneapolis doing door knocking,” Lazzaro said in the podcast.

Over the weekend, the state GOP executive committee pledged to launch an investigation of party finances. The panel also waived the nondisclosure agreements that party operatives had to sign. Many immediately criticized the chair’s management style.

“She does not have any sense about how to communicate with her staff in an appropriate manner. She regularly screams at them and berates them for work that is either to or above standard.”

Zeller said that she wasn’t out as queer to her colleagues, but she blames Carnahan for making her sexual orientation public.

“So then I would be placed in situations where I was basically asked to work as this puppet who spoke about party inclusivity.”

Zeller quit the state GOP in 2018. In a letter to party activists Monday, Carnahan said the newly-public allegations from Zeller and others are an attempt “to destroy my chairmanship and defame my personal reputation.”

On the heels of Zeller’s comments, four former Minnesota GOP executive directors who recently worked for Carnahan called for her resignation.

Kevin Poindexter, Becky Alery, Christine Snell and Andy Aplikowski said in a joint statement Wednesday that Carnahan created a toxic work environment and “used her power to cover up allegations of sexual harassment and abuse.”

Republican Sen. Roger Chamberlain was among the first elected officeholders to call for Carnahan’s resignation.

“Treat people with respect and decency, run a professional operation and you’re going to be fine. If you don’t do that, then things get real ugly, and people get hurt,” Chamberlain said. “That’s what’s gone on here. We did not have a professional operation with a serious person, and it turns out she harmed people, a lot of people in different ways. So, this is about doing what’s right. If you do what’s right, things will work out in the end.”

Critics of Carnahan are hoping for a leadership change soon, so that the party can bounce back and prepare for the 2022 election. Voters will decide a governor’s race, other statewide offices and legislative contests next year. A lingering scandal could impact campaign donations and votes.

Rep. Jim Nash, R-Waconia, said the controversy over Carnahan has been a giant distraction.

“It’s going to be a topic of conversation at the door, I believe,” Nash said. “I’ve gotten calls from people and texts from people who are – a couple of them I wouldn’t say are political junkies. They’re people who watch the news, and it’s been on the news every day.”

The party’s public relations troubles come as it’s behind the financial eight ball heading into next year’s midterms. Federal Election Commission reports show the Minnesota GOP with just $177,000 in cash on hand compared to the DFL’s $1.5 million.

Carnahan was recently elected to a third term as state Republican Party chair. Several Republicans, including some who supported her for the top post, have asked for her to step aside. The Republican Party hasn’t won a statewide race since 2006, making some activists nervous that the current troubles will complicate efforts to snap the streak in 2022.