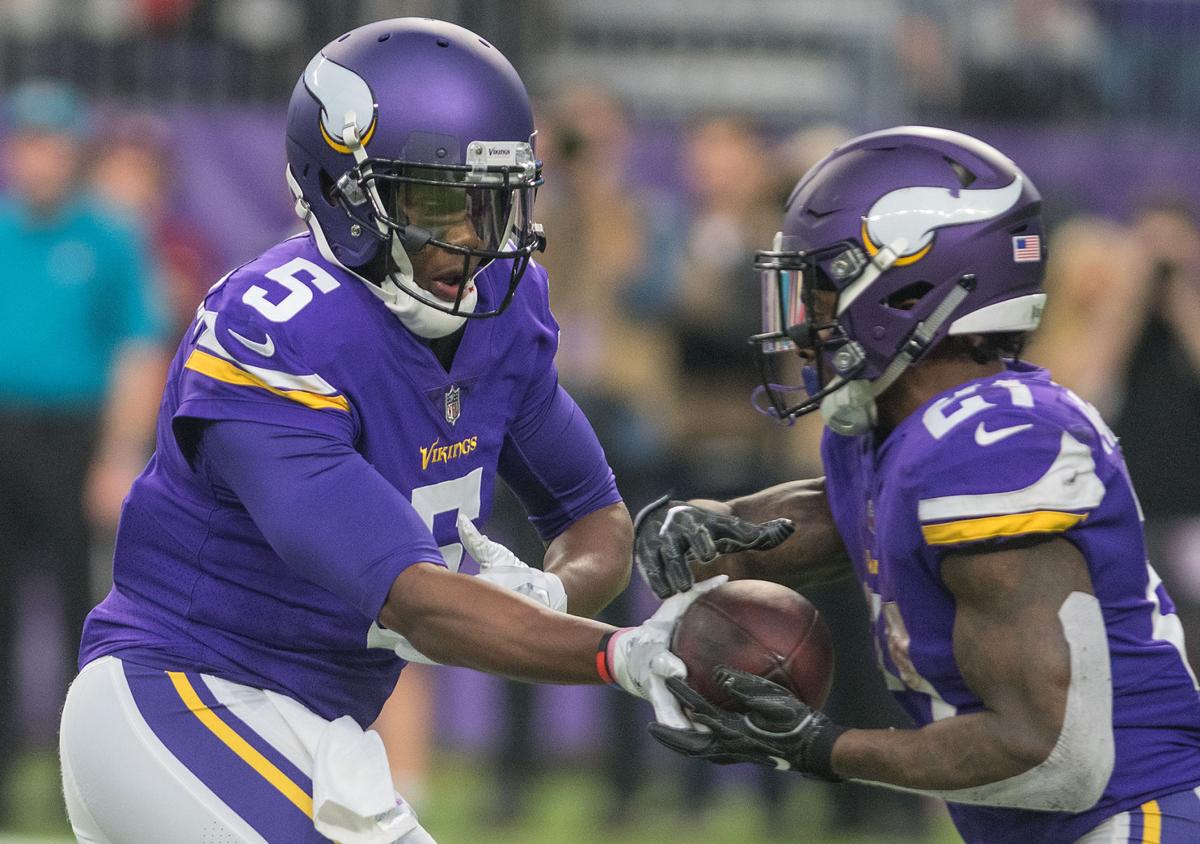 Vikings quarterback Teddy Bridgewater (5) hands the ball off to Jerick McKinnon during Sunday's game against the Bengals. It was Bridgewater's first snap back at quarterback since injuring his knee in August of 2016. Photo by Jackson Forderer 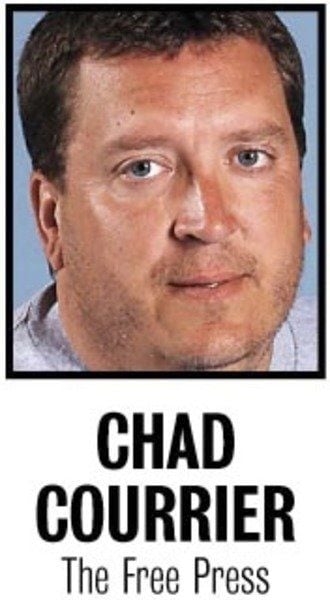 Four years ago, Teddy Bridgewater was a highly touted first-round draft choice, and Adam Thielen was the undrafted rookie, fresh off one season on the Minnesota Vikings' practice squad.

This unlikely duo, a quarterback from Miami and a receiver from Detroit Lakes, quickly formed a lasting bond at rookie minicamp in 2014. So on Sunday, after watching his friend and teammate struggle and rehab through the last 15 months, Thielen stood on the sideline, his day's work over, and struggled with emotions as Bridgewater returned to the field in the final step of recovery from a devastating knee injury.

"It was tough to hold it in," Thielen said. "A few guys on the sidelines said the same thing. What a class act. What a great guy. What a great football player. So excited to see him get the opportunity to get back on the field."

It's a scenario that was impossible, possibly laughable, to predict two years ago. Bridgewater was a rising quarterback prospect, seemingly headed toward a nice NFL career, maybe more. Thielen was a special-teamer trying to earn playing time at receiver, still overcoming the stigma of playing small-college football at Minnesota State.

But on Sunday, Thielen was on the field, building on a possible Pro Bowl season and helping his team claim the NFC North championship, and playoff berth, in a 34-7 victory over Cincinnati. Bridgewater fidgeted on the sideline as his team was running up the score, hoping to get a couple of fourth-quarter snaps so he could make his 2017 debut.

Every time the Vikings' offense took the field in the second half, fans started chanting "Teddy, Teddy," and those only got louder as the game went on. Finally, with 10:38 to play, Bridgewater took the field, accepting congratulations from coach Mike Zimmer and most of his teammates and a loud ovation from the remaining patrons.

Thielen said it was too bad that Bridgewater plays on the offense because the ovation quieted down pretty quickly. He thought it would have gone on for a while, quite loud, as the fans showed respect to the many arduous hours of rehab.

"It was unbelievable; it made me emotional," Thielen said. "It was tough to hold it in.

"I couldn't talk to him. I was too emotional. I think I would have lost it."

Bridgewater didn't do much with his opportunity, getting one pass tipped and intercepted and another dropped. But Thielen was there for much of Bridgewater's rehab, supporting his friend.

"We have a group of men in this locker room who uplifted their brother throughout a hard time in his life," Bridgewater said.

age 74 of Mapleton, passed away on Tuesday, February 18, 2020 at Mayo Clinic Health Systems in Mankato. Funeral Saturday February 22, 2020 at 11 AM First Presbyterian Church in Amboy. Visitation one hour prior. www.SpencerOwen.com