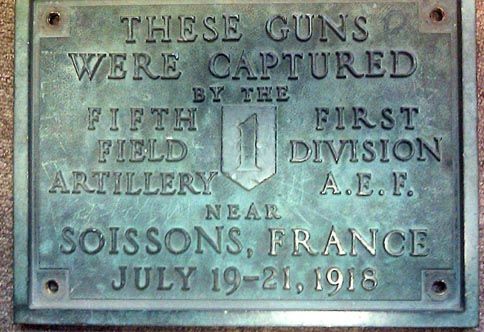 The World War I plaque is in storage with the city of Mankato. 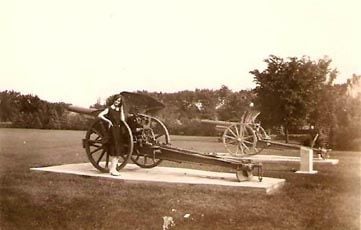 In this 1925 photo, Phyllis Enfield poses in front of the captured World War I German artillery pieces in Sibley Park. They were donated to the World War II scrap metal effort. 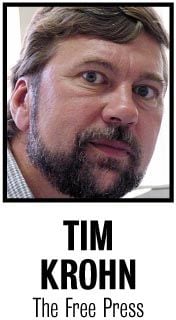 The World War I plaque is in storage with the city of Mankato.

In this 1925 photo, Phyllis Enfield poses in front of the captured World War I German artillery pieces in Sibley Park. They were donated to the World War II scrap metal effort.

The good news about the World War I marker I wrote about in an April 24 column is that it is in safe storage.

It’s unlikely, however, to find a home in its original Sibley Park location, or anywhere else, for the time being.

The marker was part of a World War I memorial, dedicated in 1926, that featured two large artillery guns captured by the 5th Field Artillery near Soissons, France, in 1918.

The guns were sacrificed for the World War II scrap metal effort, but not without some local debate, according to history kept by the city’s parks department.

The American Legion, in 1942, donated one of the guns but, it was noted, “without the approval of the Common Council.” The second piece was scrapped the next year.

The plaque and two cement pads where the guns sat remained in the park until a new picnic shelter was built on the site a few years ago.

Many of the parks officials at that time retired since and the new city public works director, Mark Knoff, had to do a little digging to learn about the background of the plaque. He said it is in storage, but the city has no plans on what to do with it; they are considering giving it to the Blue Earth County Historical Society.

Vietnam veteran Tom McLaughlin, who has been trying to keep tabs on the plaque, said he’s glad it’s in safe storage.

(Concern about the city keeping track of the marker is not without merit. Public works officials years ago managed to allow the large granite marker denoting the hanging of 38 Dakota Indians to go missing. The leading theories are that the controversial marker was secreted away by former Mayor Stan Christ to a reservation in the Dakotas or is buried somewhere in Sibley Park.)

Fortunately, the World War I marker carries no ill will, but perhaps some lack of interest.

McLaughlin hopes the marker can sometime be placed in public, but knows that runs up against budget woes.

“I understand and appreciate that in these times the money’s just not there, either with the city or the service clubs,” said McLaughlin, who was formerly a Blue Earth County commissioner.

One possible World War I memorial could include the plaque, a photo of the artillery guns and some history of the original memorial and the local effort in the war.

“The important thing is to keep tabs on the plaque. Maybe a benefactor will come along,” McLaughlin said.

Michael Joseph Olinger, age 64 of Waseca died on Thursday, October 15, 2020 at St. Mary's Hospital in Rochester after a long illness. Born on September 20, 1956, in Mankato, he was the son of Eugene and May Olinger of Mankato. He graduated in 1975 from Mankato High School. He worked for many…