Tom Brady retires at 45, insisting this time it…

Minnesotans may not be surprised that the Legislature and governor once again failed to reach compromise on addressing myriad serious problems facing the state, but we should demand change in behavior, if not the participants in this dysfunction.

At some point, one side has to give more than they feel is fair in the interest of getting something accomplished. Neither side was big enough to do this.

We attribute 90 percent of the problem to the GOP’s insistence on creating one large omnibus megabill, with everything from agriculture to education thrown together in a nearly 1,000 page bill that most legislators had a few hours to read. The bill was even more problematic because it contained both policy provisions and funding allocations.

GOP House Speaker Kurt Daudt was asked at least three times by reporters why the GOP chose the megabill strategy. He didn’t have a good answer. He argued when the GOP sent Dayton a stand-alone bill, like the one reimbursing motor vehicle registrars for losses from state computer glitches, the governor wanted a bigger bill. That’s only partially true. Dayton wanted more funding included in the bill to fix more of the MNLARS computer system.

GOP Senate Majority Leader Paul Gazelka argued the megabill was designed to offer a lot of good provisions and a few GOP provisions the governor disagreed with in hopes of the good outweighing the bad. It didn’t work. 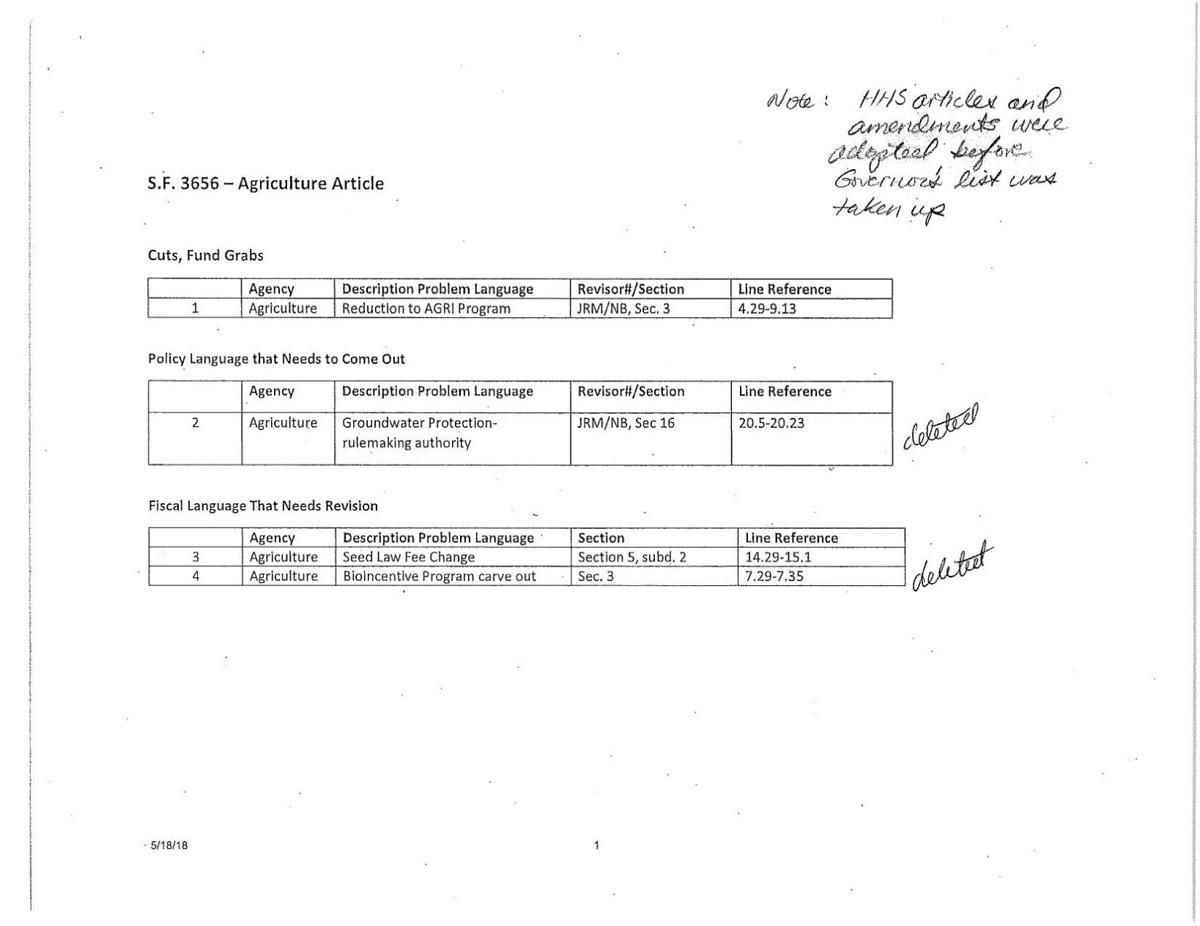 Dayton told the Legislature he was ready to sign several bills, including a school safety bill, if they were submitted separately.

These were things both sides generally agreed on. Dayton said at one point Daudt said it was his intention to send him separate bills on the opioid problem and the elder abuse issue. Daudt didn’t do that. Gazelka claimed no such pledge was ever made and these topics were only talked about.

They can chalk that up to poor communication, but that’s an excuse. Minnesotans expect legislative leaders and the governor to have this communication issue mastered. Not so.

Putting everything in one large bill was a problem logistically. It’s going to be more difficult for everyone involved to absorb it. And given the distrust Dayton had for the GOP because of last year’s trickery — sneaking poison pill provisions in a bill at the end — Dayton was right to be suspicious of this approach.

Gazelka admitted the large size of the bill also created a time crunch in the end, even saying if all sides had one more day, they could have come to agreement. And while Daudt said he did not believe the megabill strategy was a mistake, Gazelka seemed more circumspect and said he was willing to talk about options next time.

The GOP criticized Dayton for not being more engaged. Dayton said he would have been willing to negotiate more if he thought Daudt was more serious and honest about the negotiation.

In the end, Minnesotans were the losers. No solution to the opioid abuse problem. No help for families whose elders had been abused by an unwatched and unregulated industry. No money for enhanced school safety.

We urge voters to replace those responsible for this dereliction of duty.