On its face, the decision seems to be from another century or at least another place: Armed agents will not be allowed to deploy within 250 feet of the state’s polling places under a judge’s approval of a lawsuit settlement.

Guards? Armed? At Minnesota polls where usually the most anticipated action is getting the “I Voted” sticker on the way out the door?

With all the other surreal events surrounding the 2020 election came the lawsuit brought by voting rights advocates against Atlas Aegis, a private security firm. The Minnesota chapters of the League of Women Voters and the Council of American-Islamic Relations teamed up to take the security firm to task, accusing it of attempting voter intimidation for its plan to hire and deploy armed ex-soldiers to polling sites in the state. The cities of St. Paul and Minneapolis submitted filings in support of the lawsuit. 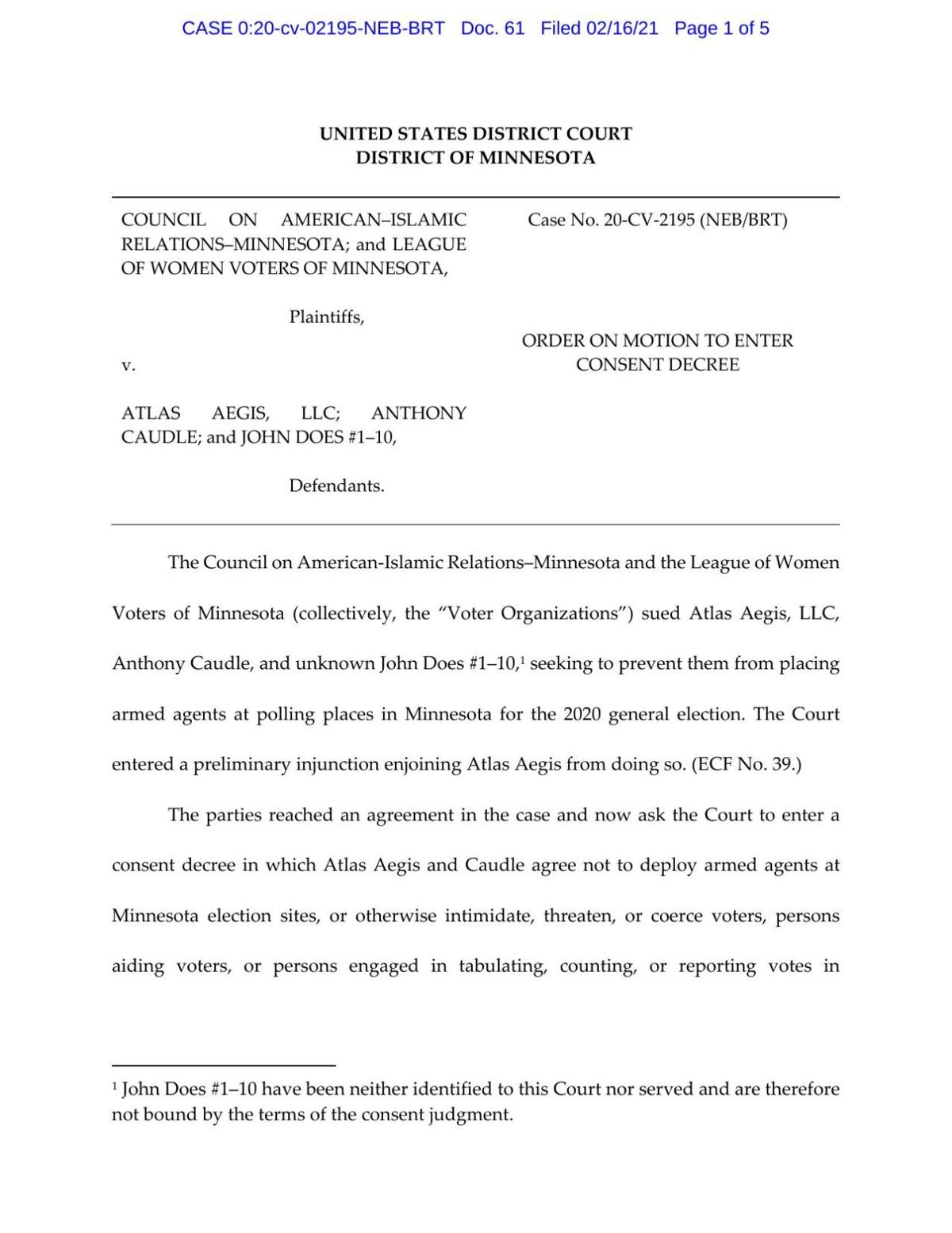 What seemed like a bizarre so-called security plan surfacing in Minnesota last fall proved to be a hint of things to come as we later witnessed the storming of the U.S. Capitol on Jan. 6.

Intimidation and actual force aren’t separated by much these days. Luckily, the Minnesota plan never came to fruition. Even so, this settlement takes steps to prevent such tactics from easily being carried out in the future.

We applaud the voting rights advocates for suing the security contractor in its attempt to stomp on the freedom that Minnesotans take so seriously. We once again led the country in voter turnout reaching 80% in the 2020 election. Measures, including burdensome government photo ID requirements being pitched again by some lawmakers, won’t be taken lightly as voters see them as the suppression tools that they are.

The federal judge’s acceptance last week of the settlement assures that Atlas Aegis won’t be able to station its armed guards near voters or those who count votes until 2025. This may seem like an obvious guideline in a country that relishes the rights established in a democracy, but as we’ve seen, nothing can be taken for granted.

Thanks to groups working in the best interest of its residents, Minnesotans won’t be scared away from voting by paid armed bullies.

Minnesotans fully expect a nonconfrontational experience when they go to the polls, and voting rights groups are making sure that occurs.