If a $35 million investment would save the destruction of $500 million of property, most public bodies would consider that a good insurance policy.

Yet, partisan forces at the Minnesota Legislature seem to be casting doubt on this public safety proposition.

Gov. Tim Walz has proposed allocating $35 million from the state’s general fund to establish a police protection force around the upcoming March trial of Minneapolis Police officer Derek Chauvin. The money would help fund officers from the Twin Cities and around the state who will be needed to keep the peace during the Chauvin trial. It will likely rival the largest police presence Minneapolis has ever needed.

But Senate majority Republicans have balked at the plan, arguing all Minnesotans should not have to foot the bill for a Minneapolis problem.

This ventures into creating a geographic-partisan dust-up around reasonable policy differences. and it doesn’t feel right. Senate Majority Leader Paul Gazelka told the Associated Press that Minnesotans across the state are “very, very frustrated with the City of Minneapolis, the leadership that over and over and over talked about defunding the police, and worse than that, on a regular basis, spoke terribly about them.”

Minneapolis, for the record, in December shifted 5 percent of its police budget to fund mental health teams, violence prevention programs and other initiatives in the name of public safety. The city maintained its quota for police officers at 888, and recently got approval for $6.4 million from a city reserve fund to hire about 70 more officers.

We’re not sure how Minneapolis “spoke terribly” about police, but it shouldn’t matter. Public safety should not be a partisan issue.

Senate Republicans have put forth their own plan to shift local government aid cities get to reimburse other cities for any public safety costs associated with helping keep the peace in Minneapolis. The plan passed the Senate Tuesday on a 35-32 vote, with one Democrat voting with Republicans to approve. 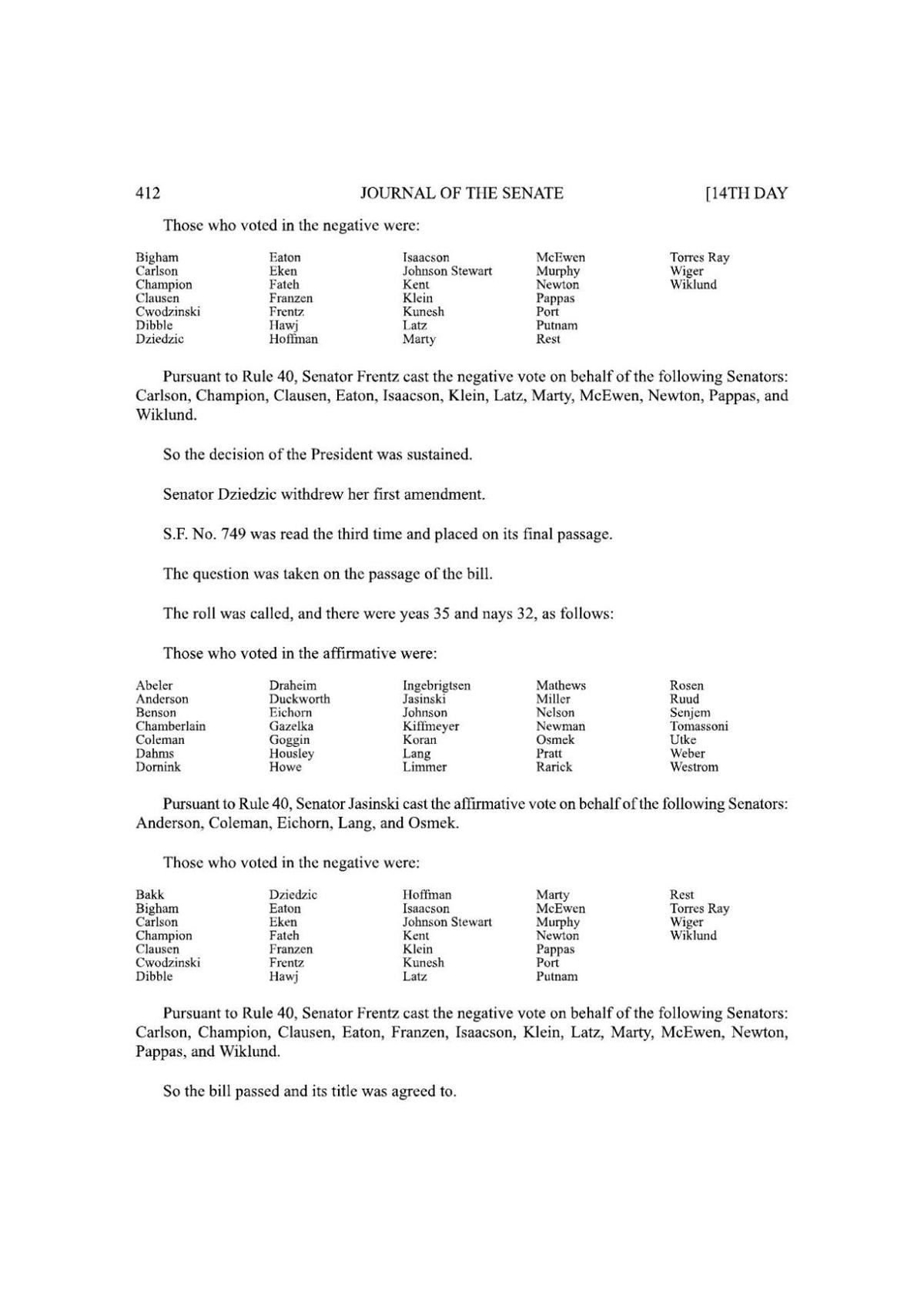 There is some similar precedent for this, as some suburbs have sent the city of Minneapolis a bill for helping during the riots last summer. Minneapolis agreed to pay some of them and is negotiating others.

The DFL-controlled House has a proposal similar to the Walz plan that also called for a report on public safety accountability as part of the package. Those accountability measures were softened a bit in the latest version of the bill, making any report on police not admissible as evidence in court.

Both sides have reasonable ideas and a compromise seems proper.

Police protection during the Derek Chauvin trial in March will be critical to public safety and property protection.