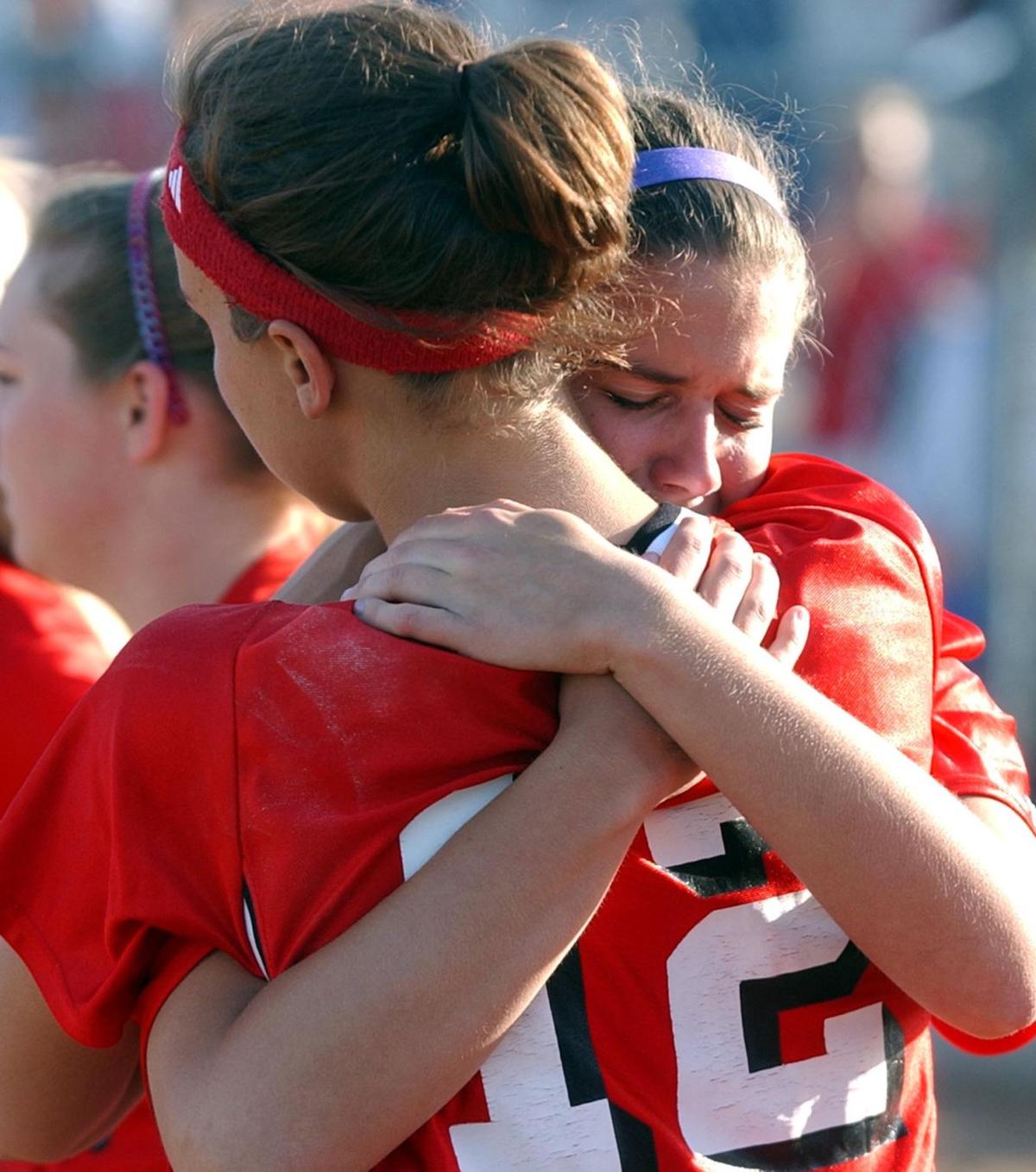 A pair of Mankato West softball players console each other Friday night, shortly after Chaska ended their season with a 5-4, 16-inning victory at Caswell Park. 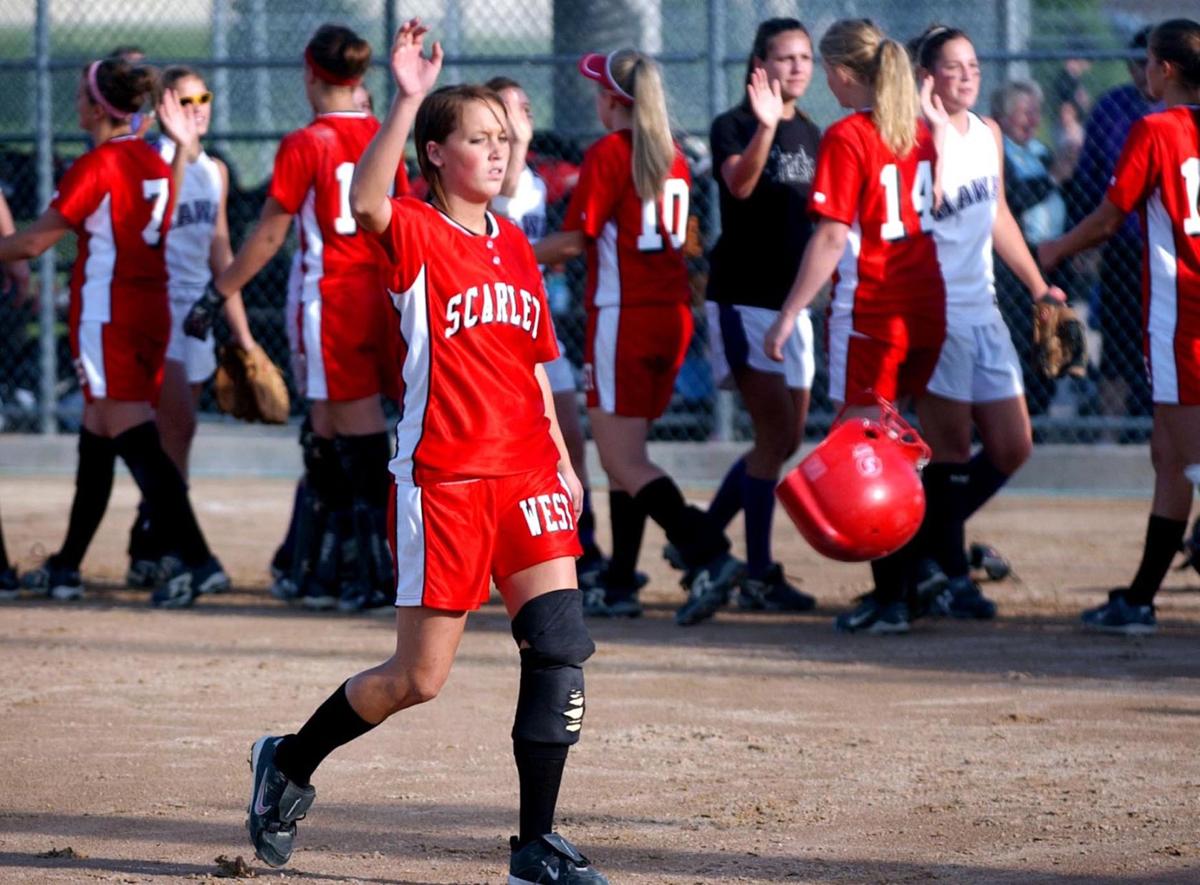 Mankato West senior Erica Ramus tosses her helmet after making the final out in a 5-4 loss to Chaska Friday. The loss ended West’s season and sends the Hawks on to the Class AAA softball tournament.

A pair of Mankato West softball players console each other Friday night, shortly after Chaska ended their season with a 5-4, 16-inning victory at Caswell Park.

Mankato West senior Erica Ramus tosses her helmet after making the final out in a 5-4 loss to Chaska Friday. The loss ended West’s season and sends the Hawks on to the Class AAA softball tournament.

First the Chaska Hawks took away Mankato West’s undefeated seasons ... then they just ended it completely. In a marathon matchup between the final two teams remaining in the Section 2AAA Softball Tournament, Chaska escaped with a 5-4 16-inning victory over Mankato West to win the championship and earn a berth at state. West went into the tournament as the No. 1 seed with a perfect a 21-0 record and seemed to be the team to beat when it toppled Chaska 3-2 in the finals of the winner’s bracket. But the third-seeded Hawks fought their way back through the loser’s bracket and then handed West a 4-3 setback in 19 innings in the first championship game Thursday night. That forced a second game in the double-elimination tournament and the teams played to a 4-4 tie through 12 innings before play was suspended at midnight on Thursday. The game was resumed Friday evening and the teams played three more scoreless innings until Chaska pushed the winning run across in the 16th. “It’s both frustrating and sad,” said West pitcher Kendra Huettl, who threw nearly 450 pitches in the two games. “We wanted to win but they just got the hits at the right time and we didn’t.” The West players choked back tears during the awards ceremony but head coach Don Krusemark said they had nothing to hang their heads about. “I told them not to let this detract from their great season and the way they played this year,” he said. “We had a lot of chances to score but they got away from us.” It was almost fitting that Chaska’s winning hit was delivered by No. 9 batter Breanna Vierre, who had been unable to reach base in the previous 34 innings. In the top of the 16th, however, Vierre hit a bloop single into center field to score Rose Heitkamp with what proved to be the winning run. Chaska left-hander Brynne Dordel set the Scarlets down in order in the bottom of the 16th to preserve the win. “You know, she was struggling early on in the tournament but one of my assistant coaches talked me into keeping her in the lineup,” Chaska coach Joe Coenen said. “He told me she was swinging the bat well and that I should stick with her and we did ... and look what happened.” Viere said her only goal when she went up to bat was to make contact. “I just wanted to hit the ball hard and put it in play,” she said. “When I saw it dropping in it was a great feeling. We really wanted to win the game for Brynne because she’s worked so hard for us.” Dordel posted some amazing numbers against West, striking out 19 in the winner’s bracket championship, 19 more in the first championship game and then fanning 21 in the final 16-inning affair. Shortly after Friday’s final out, a Chaska parent may have summed it up best: “This should have been the state championship game,” he said.

Michael Joseph Olinger, age 64 of Waseca died on Thursday, October 15, 2020 at St. Mary's Hospital in Rochester after a long illness. Born on September 20, 1956, in Mankato, he was the son of Eugene and May Olinger of Mankato. He graduated in 1975 from Mankato High School. He worked for many…