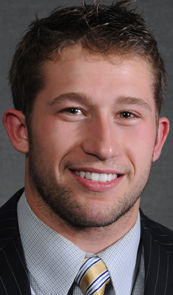 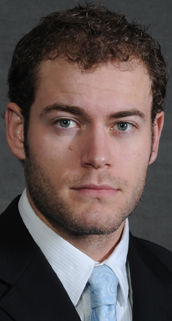 Five things to know about the Mavericks and Gophers:

1. Home sweet home: Hockey teams often talk about the chance to bond on the road, but “we’ve had enough of that,” Minnesota State coach Troy Jutting said, referring to his team’s recent eight-game road swing. “It will be nice to have our fans,” Jutting added. “Just having the surroundings of our building, our locker room, our beds — that becomes important.” The Mavericks are 1-1-2 in Mankato this season.

2. Remember me? MSU junior forward Michael Dorr (3-6—9) is tied for second on the team in scoring. This weekend, he will get to face his old team for the first time since transferring to MSU. Dorr played in two games for the Gophers as a freshman in 2008 before leaving the team. He has played in 36 games for the Mavericks, compiling eight goals and 17 assists for 25 points.

3. Looking for goals: Senior forward Rylan Galiardi (2-3—5) scored his first two goals of the season a week ago at UMass-Lowell. He has been centering a line with two freshmen, Chase Grant (4-5—9) and Zach Lehrke (1-3—4), who combined for seven points in last week’s sweep of the River Hawks. Dorr is skating with Andrew Sackrison (3-4—7) and Eriah Hayes (4-3—7). Defenseman Kurt Davis (3-8—11) leads MSU in points.

4. Super senior: Minnesota is led in scoring by Jay Barriball (9-8—17). The team captain returned for a fifth season after missing all but the first five games of last season with a knee injury. Seniors own four of the top five spots on the Gophers’ scoring list. Others include forwards Mike Hoeffel (7-7—14) and Jacob Cepis (5-9—14) and defenseman Cade Fairchild (2-7—9).

5. Scouting the Gophers: Minnesota is unbeaten in four of its last five games. Last week, the Gophers lost 5-2 to Michigan State but bounced back on Sunday and toppled then-eighth-ranked Michigan 3-1. Freshman Erik Haula (3-12—15) is off to a solid start. The forward from Finland is tied for third in scoring among WCHA rookies.

MSU women: The Mavericks (6-9-1) will try to snap a four-game losing streak, as well as a six-period goal-scoring drought when they host Robert Morris at 7 p.m. today and 3 p.m. Saturday. The Colonials are 2-12-1 but one of their wins was against Wayne State, the team that shut out the Mavericks twice last weekend in Detroit.