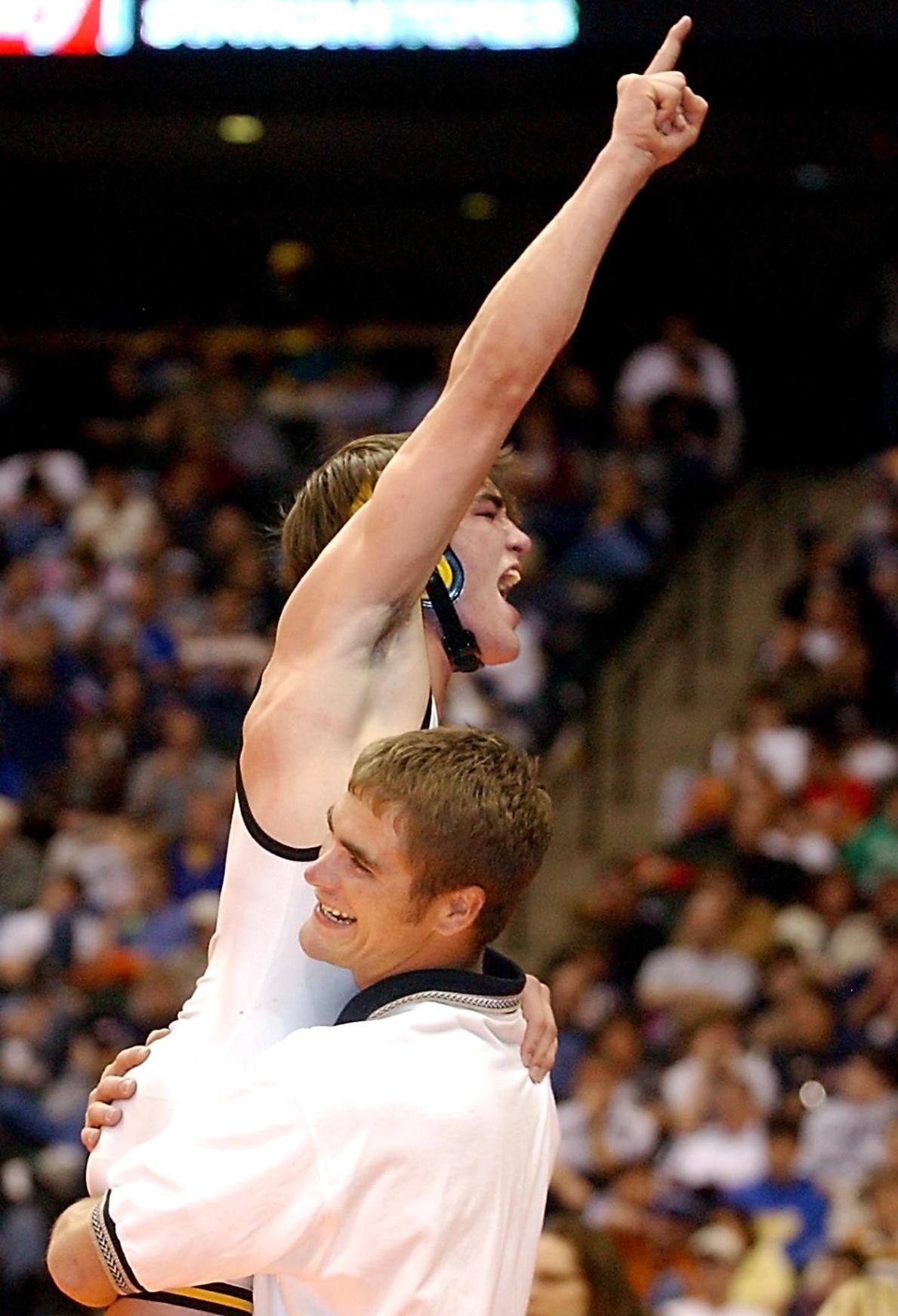 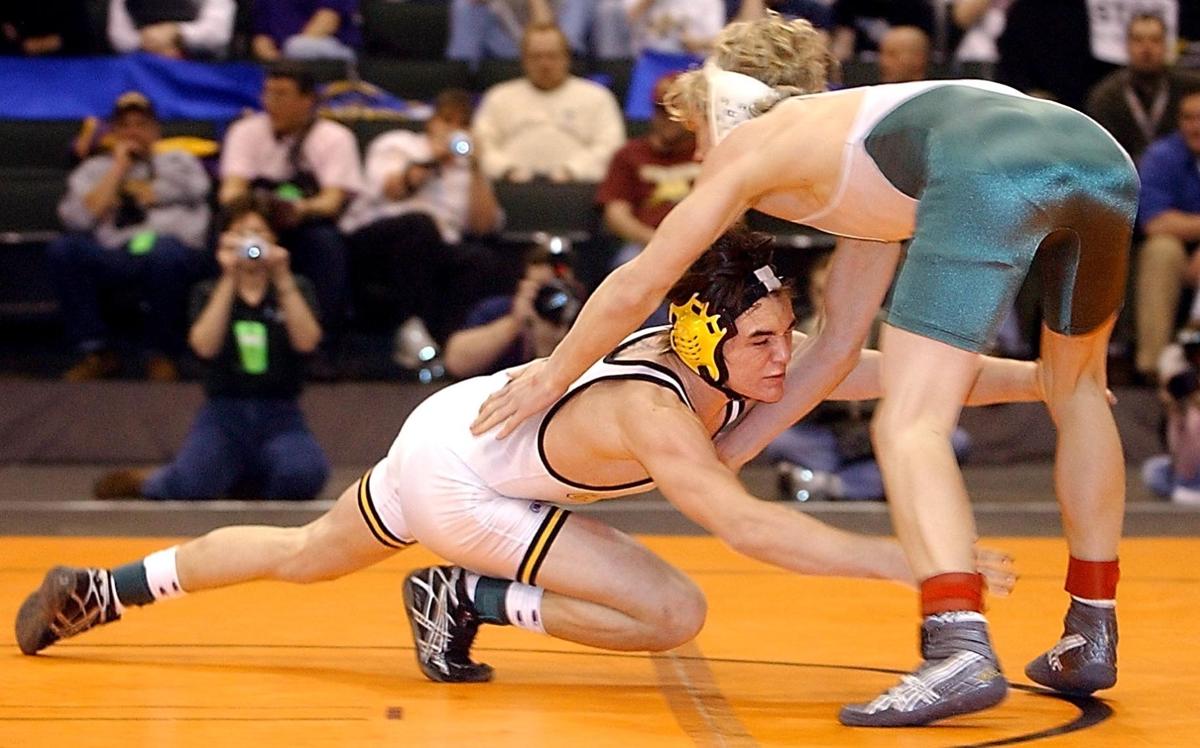 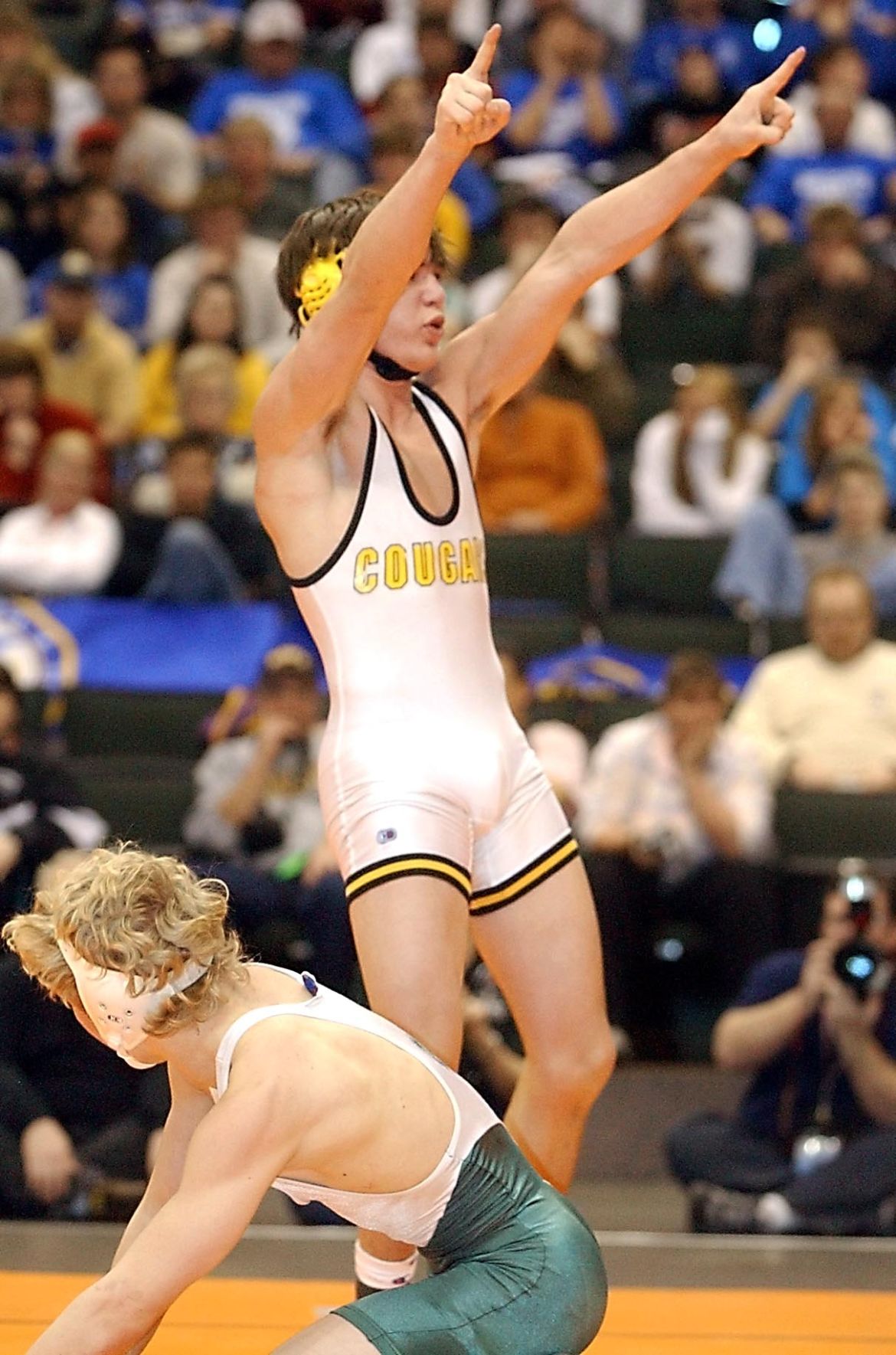 Cody Adams stood underneath the stands and gradually composed himself. The intensity was gone, the pressure alleviated, his high school career was over. Adams, a 125-pound senior at Mankato East High School, had just put the finishing touches on the most notable career in Mankato history. In Saturday’s finals of the Class AA tournament at Xcel Energy Center, Adams defeated Mark Erickson of Roseau 6-3 to win his third consecutive state championship. The win capped a career that included 90 straight victories, a city record 212 wins and 110 career falls. His most remarkable stat may be on defense. In his final two seasons he allowed just one takedown. “In terms of skill and technique Cody is one of the very best wrestlers I’ve ever coached,” said Mankato East head coach Bruce Urbatch. “Kids like him don’t come around very often.” When Urbatch was asked why Cody was just one of the best and not THE best, he pointed to Cody’s older brother Clint. “Clint wasn’t too bad either,” he said. “He didn’t win three state championships but he was at the state tournament six times. That’s pretty good, too.” Cody admitted the pressure on him grew with every season but said it was never a major hindrance. “Every year you win a title the pressure gets more intense,” he said. “You just have to leave that off to the side of the mat when you go out to wrestle. You have to blot out the distractions and do what you’ve been training to do.” The senior said his third championship was a bit bittersweet because it signaled the end of his prep career. “It’s a little sad to know I’ll never wrestle for Mankato East again,” he said. “But now I move up to the next level and try to prove myself all over again. “I’m going to Senior Nationals in Virginia later this month and next year I go to (Minnesota State University). I’m looking forward to seeing what I can do at the college level.” Adams ends his junior season with a 40-0 record.