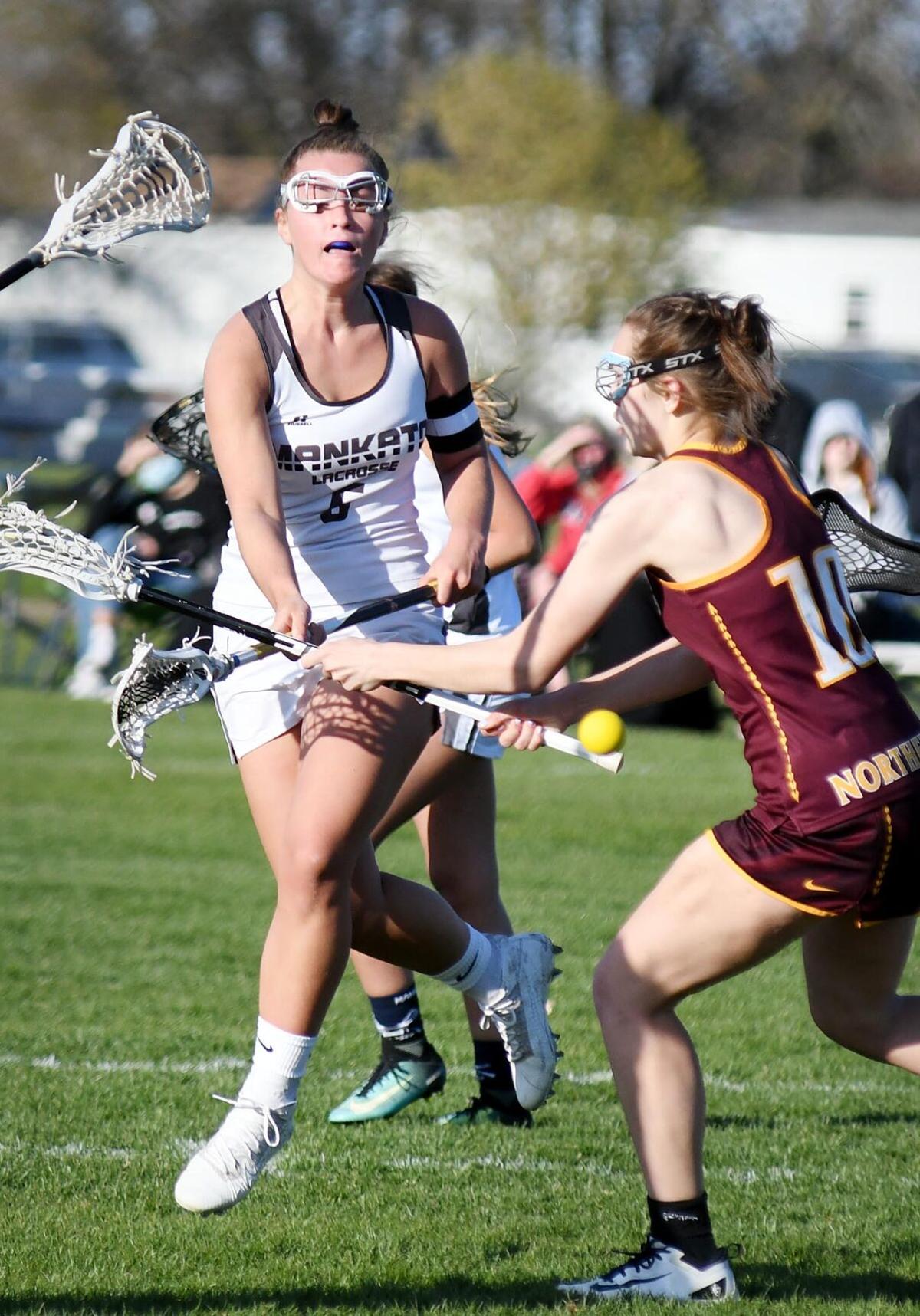 Mankato’s Gracie Bowman (5) gets a shot past Northfield’s Savanna Newberg to score during first-half action. 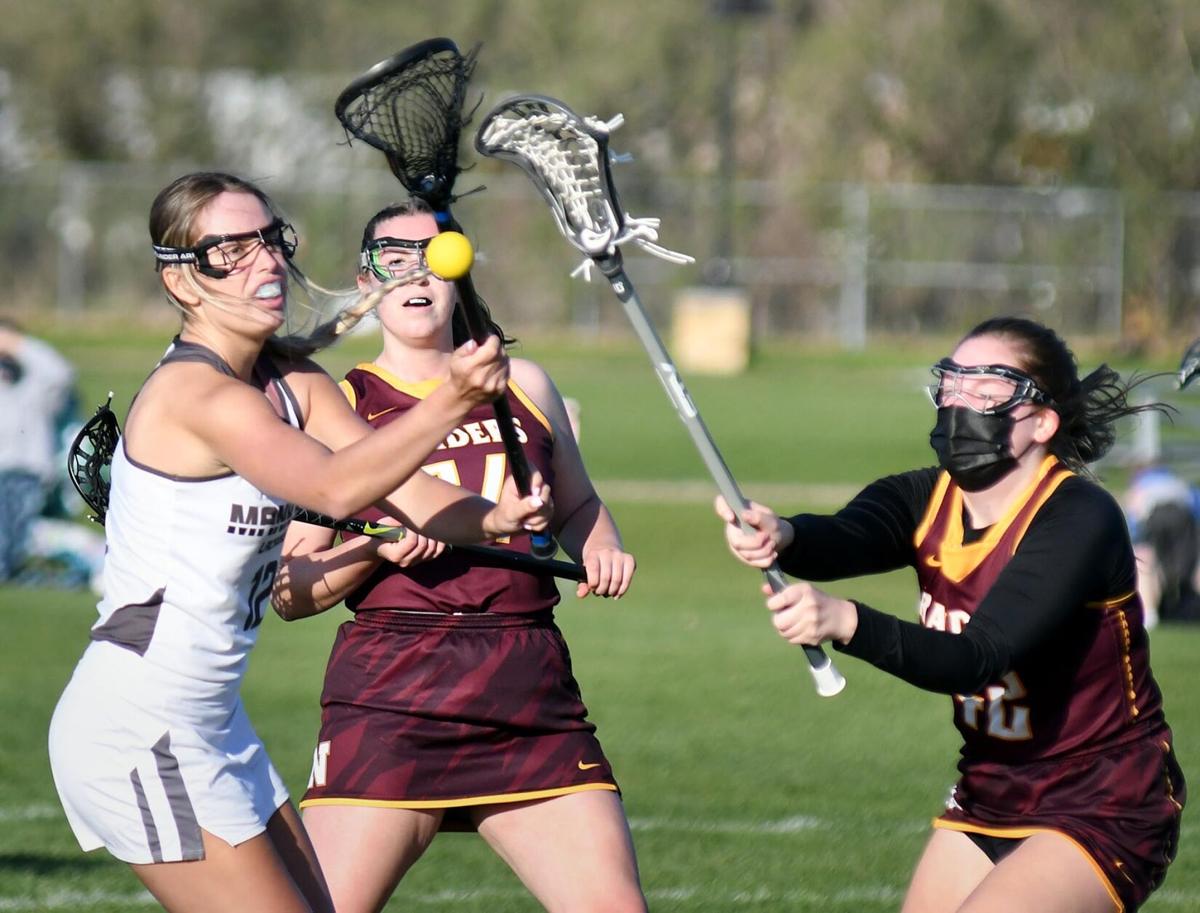 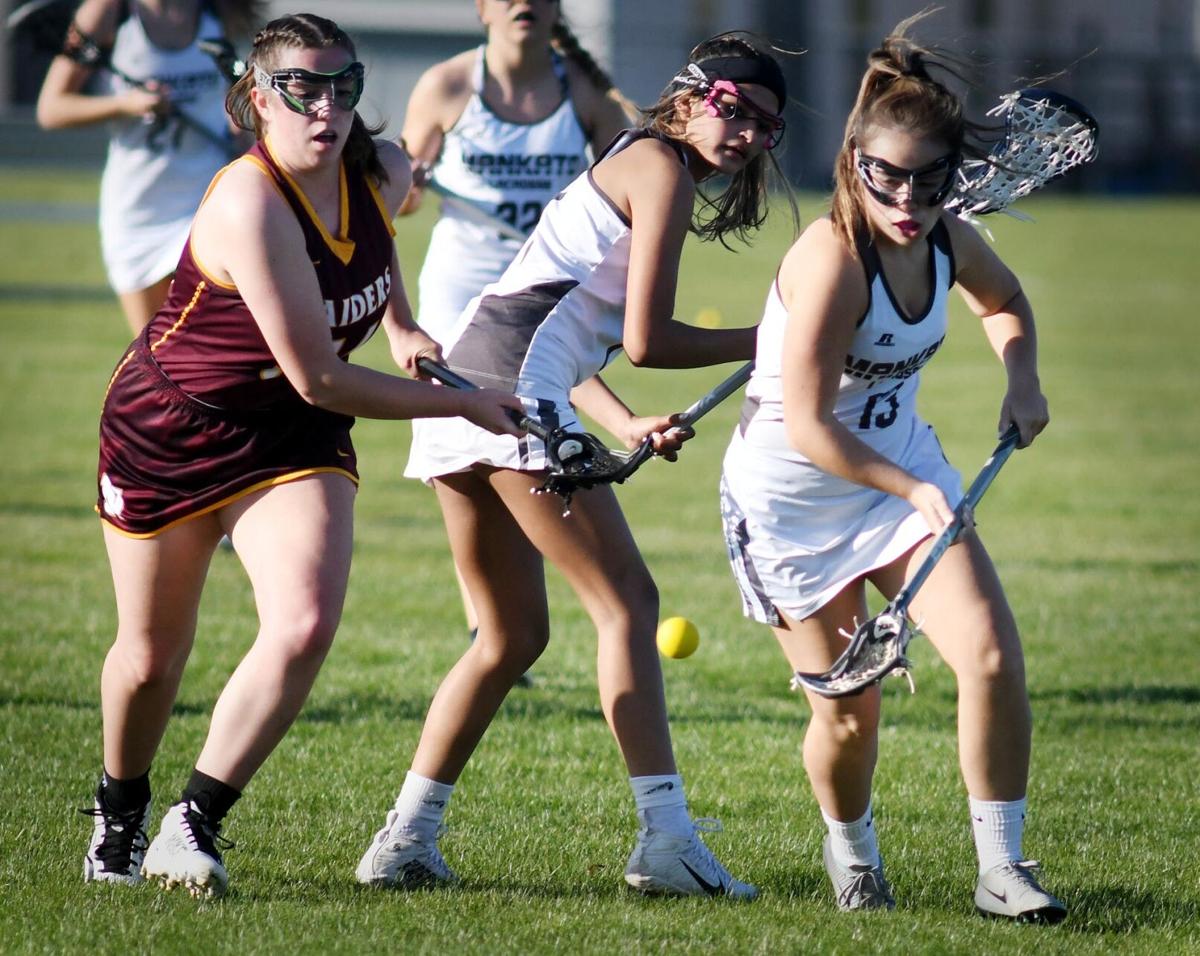 Mankato’s Gracie Bowman (5) gets a shot past Northfield’s Savanna Newberg to score during first-half action.

Gracie Bowman doesn’t mind being part of something new and helping it grow.

She joined the fledgling Mankato high school girls lacrosse team as a ninth-grader, contributing to a Big Nine Conference title, and this year, as a senior, she is the only player on the squad who had started a varsity game before.

Next year, she’ll play collegiately for Division III Wisconsin-Eau Claire, a program that is currently in its inaugural season.

“It’s a good fit for me,” said Bowman, who plans to major in pre-dentistry. “It will be nice to be one of (UWEC’s) first players and help build that program from the ground up. I’m used to being with new programs.”

If Bowman can do for the Blugolds what she’s doing for the combined East-West team, her college team should have a solid foundation.

Through the first four games this season, Bowman had a team-leading 18 goals, a total that placed her among the top 10 in the state, according to the website MN Lacrosse Hub.

Bowman scored 23 goals as a sophomore, earning All-Big Nine and all-section honors, and she had high hopes for her junior season before the pandemic wiped it out before it started. She scored 11 goals as a ninth-grader, fourth-best on that talented conference-winning team.

“She just has raw talent for an attack,” Mankato coach Sean Sletten said. “She has a knack to drive to the goal, and she has the hand work to dodge any defender. One on one, she’ll beat any defender. It comes to her naturally.”

That’s quite the opposite of her hockey-playing career in which she played defense and scored just a couple of varsity goals.

Her spring-season teammates and coaches appreciate her scoring prowess, as well as her experience, especially early in the season as players have learned to adapt to starting roles, new roles or — for a few — a new sport entirely.

“Gracie and the other three captains, they’re just natural leaders,” Sletten said. “We only have two coaches, so having a player like Gracie to help orchestrate drills when I have to help with JV or an inexperienced player on the team, it’s almost like having another coach on the field with you, honestly.”

“I’m the only returning starter from two years ago,” Bowman said. “Sometimes you feel the pressure, but we have a lot of talent and some up-and-coming players. … We’ve grown a lot in our first four games, and we’re just going to get better.”

After dropping its first two games of the season, Mankato won its next two, defeating Rochester Mayo 16-12 and John Marshall/Lourdes 10-1. Bowman scored 11 goals in the two victories. She had six goals and an assist against Mayo.

Bowman entered Thursday’s game with a team-high 20 points, followed by Winch with 14, including eight goals. Juniors Elise Rykhus and Alaina Spaude each had three goals and six and five points, respectively. That group, along with Morales, Johnson and senior Addy Mason, are the only players who came into the season with varsity experience.

While others played JV previously or came up through the Mankato Area Lacrosse Association ranks, four starters, Sletten said, are new to lacrosse. That includes senior goaltender Taylor Gasswint, who won her first two starts.

“Our general theme this year is: ‘Better today than yesterday,’” Sletten said. “It’s all about steady improvement. It’s amazing to see how far they’ve already come.”

Mankato’s next game is Monday at home against Rochester Century.