New rules would limit sugar in school meals for…

January may have delivered lower, if still soli… 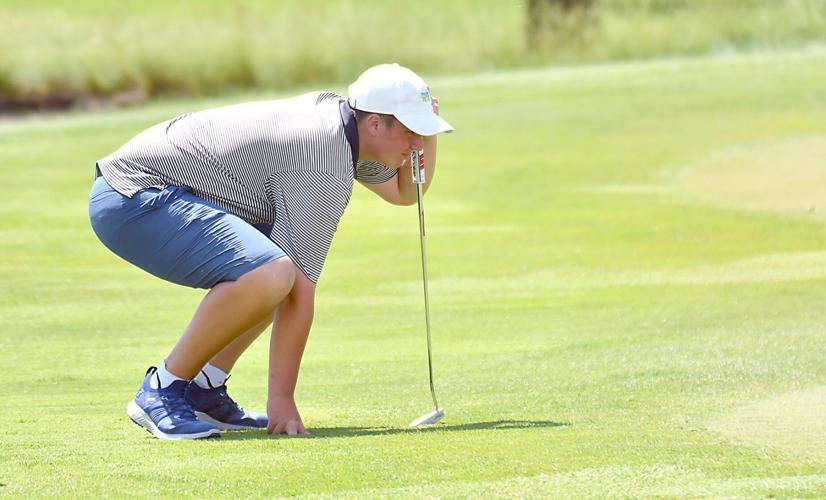 Janesville-Waldorf-Pemberton’s Logan Thell lines up a putt during the Section 2A meet Monday at North Links Golf Course. Thell, a freshman, finished third and qualified for the state tournament. 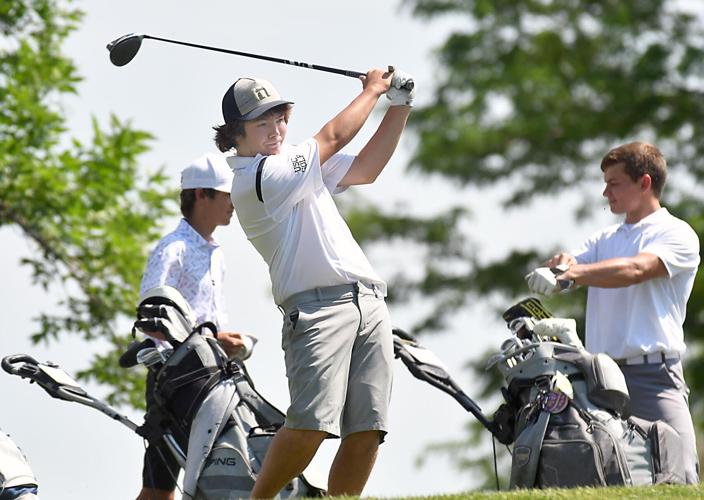 Janesville-Waldorf-Pemberton’s Logan Thell lines up a putt during the Section 2A meet Monday at North Links Golf Course. Thell, a freshman, finished third and qualified for the state tournament.

NORTH MANKATO — Nadine Clobes qualified for the Class A girls golf tournament as a sophomore, tying for 40th in the 85-player field.

She’s wanted to get another shot at the state tournament, but there was no season in 2020 because of the pandemic.

“It was pretty important to get back,” said Clobes, now a senior at Minnesota Valley Lutheran. “I didn’t get that chance last year. I worked pretty hard to get back.”

Clobes shot 91 on Monday, finishing second with a two-day, 36-hole total of 171 at the Section 2A meet at North Links Golf Course. New Ulm Cathedral’s Kayla Goblirsch was the medalist at 169, and there was a gap of 16 strokes back to third place.

“I was pretty nervous at the start, but then I thought, ‘I’ve got a pretty big cushion,’ “ Clobes said. “My iron shots were pretty good, and I was hitting my driver pretty well, too. I just kind of gritted it out.”

Janesville-Waldorf-Pemberton, which was the defending champion based on 2019’s section title, won again with a team total of 831. The Bulldogs finished eighth at the state meet in 2019.

MVL was runner-up at 855, and Cedar Mountain took third at 929. Alden-Conger did not have a full team.

“The heat was tough out there,” Clobes said. “Especially, when you’re out there for hours.”

The boys team champion was Sleepy Eye United at 633. Springfield was second at 682, followed by United South Central at 699 and JWP at 724.

Carson Erickson of Sleepy Eye United was the medalist at 151.

Mavrick Winkelman of Springfield took second at 153, with Logan Thell was third at 157, Christopher Thram of Springfield was fourth at 161 and Kadyn Neubauer of United South Central was fifth at 163.

Thell, just a freshman, will be making his first state-tournament appearance. After shooting a 74 in the first round last week, he had some tree trouble early Monday and shot 42 on the front nine, losing some confidence in his putter.

“I was pretty nervous at the start,” Thell said. “I just started to stay focused on my shots.”

He finished with a 39 on the final nine to grab a state berth.

“It feels good,” he said. “It’s always been been my goal, but I didn’t want to get too far ahead of myself. I’ve put a lot of work in, and I’m looking forward to getting that state experience.

The Class A tournament will be held June 15-16 at Pebble Creek Golf Club near Becker.

Mankato West’s Leo Gellert shot another four-under-par 68 for a two-day, 36-hole total of 136 to take first at the Section 2AAA meet Monday at Ridges at Sand Creek.

Chaska won the team championship at 591, followed by Minnetonka at 600 and Eden Prairie at 607. West shot 303 Monday for a tournament total of 608.

Gellert and Bjork will compete at the Class AAA tournament on June 15-16 at Bunker Hills Golf Course in Coon Rapids.