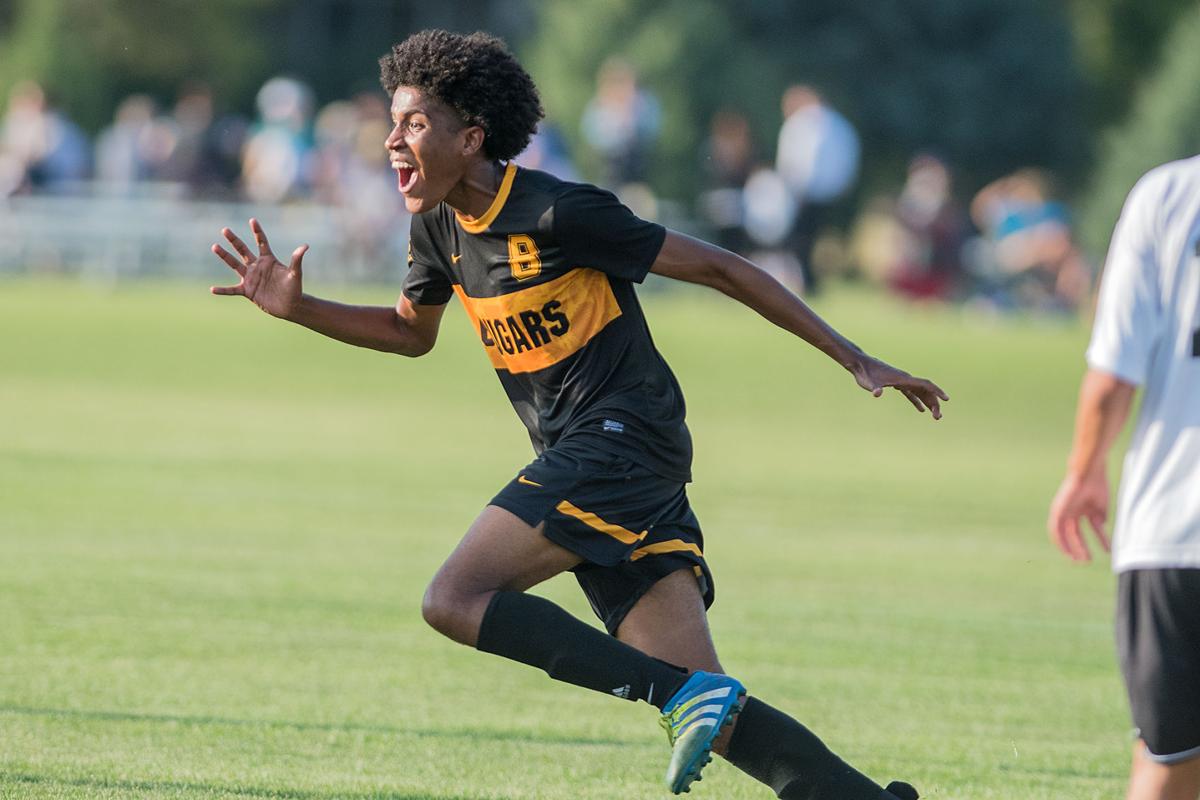 Mankato East’s Mahmood Maldonado celebrates after scoring the third Cougars’ goal in the second half of Thursday’s game against Rochester John Marshall. 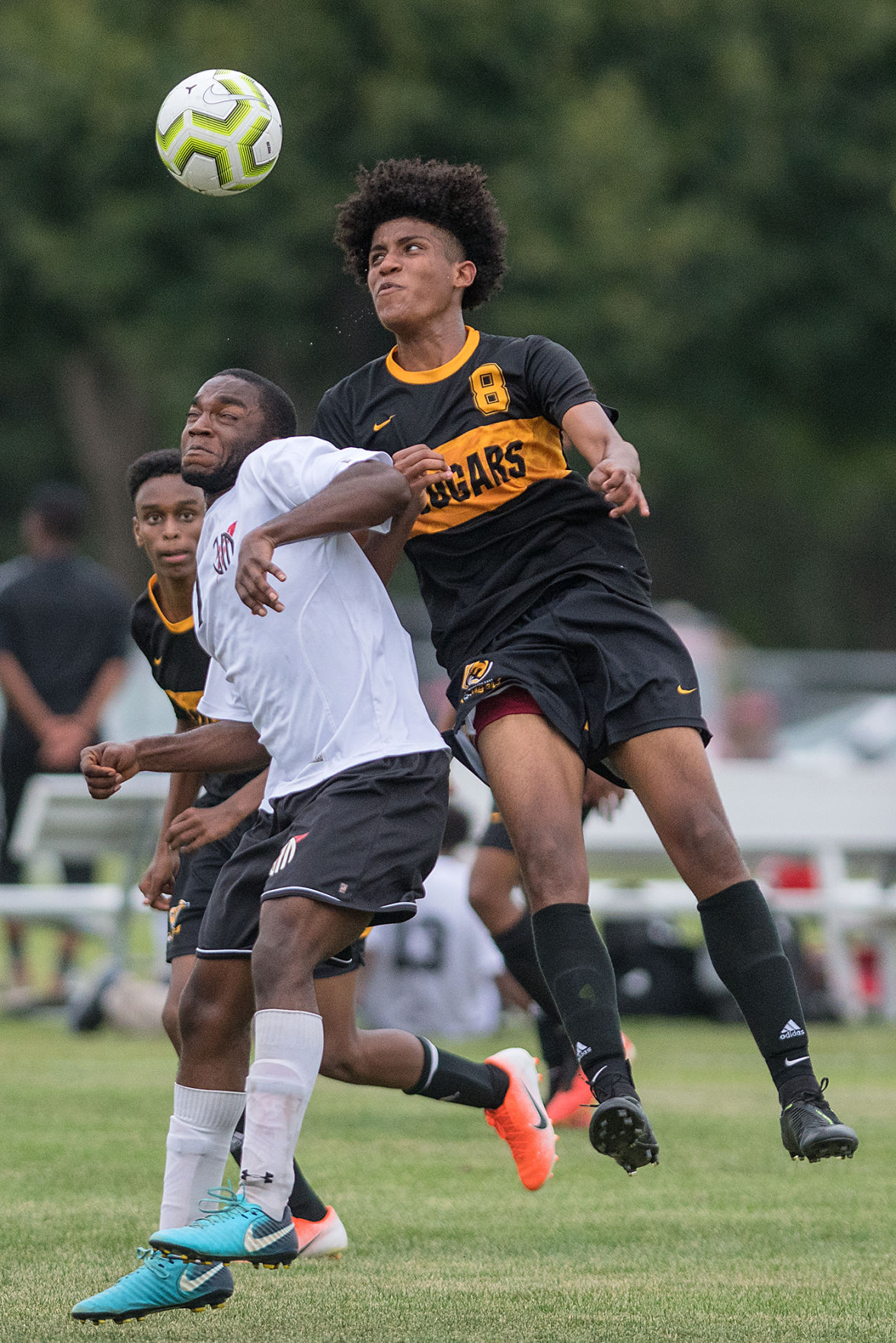 Mahmood Maldonado fights for a header against Rochester John Marshall’s Fawas Abubaker in the first half of Thursday’s game.

Isak Abader dribbles through the Rochester John Marshall defense, including Vedad Budimlic (10) and Nathan Kopecky (22), in the second half of Thursday’s game.

Photo by Jackson Forderer
1 of 2

Mankato East’s Mahmood Maldonado celebrates after scoring the third Cougars’ goal in the second half of Thursday’s game against Rochester John Marshall.

Mahmood Maldonado fights for a header against Rochester John Marshall’s Fawas Abubaker in the first half of Thursday’s game.

So when the Cougars were blanked in the first half and trailed the Rockets by a goal, despite controlling most of the action with eight or nine quality scoring chances, it would have been easy to get frustrated.

East scored three early goals in a span of 1:57 and went on to win the Big Nine Conference match 7-2 at Thomas O. Anderson Field.

“Once we decided to play as a team and have fun, then we started scoring goals,” said senior attacker Isak Abader, who scored East’s first goal and assisted on the second. “It was so fun.”

Junior Suheyb Abdi scored two goals, and Yahya Ibrahim had a goal and an assist. Mahmood Maldonado, Dailan Bangu and James Sabatka scored the other goals.

“We always knew we could do it, since our first game when we scored five goals,” Abader said. “Maybe we had some tough, tough breaks.”

East, which entered the season having to replace 17 graduated varsity players, defeated Red Wing 5-0 in its season-opener but then was shut out in three of its next four games.

“We’ve been down in the dumps the last three games, not scoring a goal,” Aspelund said. “We felt we should be beating those teams we’ve been playing.”

In the first half Thursday, the Cougars had several narrow misses, as Muse Abdi hit a crossbar, Seth Hardesty fired just high ,and Medy Akwai had a bending shot brilliantly saved by Rockets goalkeeper Camden Williams.

Meanwhile, JM took a 1-0 lead on a wind-blown ball that got East keeper Calin Jacobs (two saves) out of position, allowing Jasper Padrnos to score.

The Cougars’ fortunes turned in the eighth minute of the second half when Abader showed off some fancy footwork, dribbling around two defenders before tying the game with a left-footed boot.

Seventy seconds later, Suheyb Abdi scored after an Abader free kick hit off the crossbar and caromed straight down in front of the goal line.

Forty-seven seconds after that, Maldonado scored on an impressive header off a long free kick from Ibrahim.

“I saw it in the air,” Maldonado said. “I was going to go for it with the top of my head, but I couldn’t, so I decided just to jump up and flick it with the back of my head. Keeper didn’t see it, it went in, and we celebrated.”

The Rockets got in on the quick scoring, too, as Gabriel Munoz made it 3-2 just 13 seconds later. But the Cougars got the two-goal lead right back when Ibra- him put back his own rebound 33 seconds after that.

It was all East after that, as Bangu, an eighth-grader, scored his first varsity goal, and Abdi and Sabatka got it to 7-2 with 21:33 still remaining in the game.

“We all played as a team, and we had fun,” Maldonado said. “All together it’s just playing as a family. That’s what we did out there.”