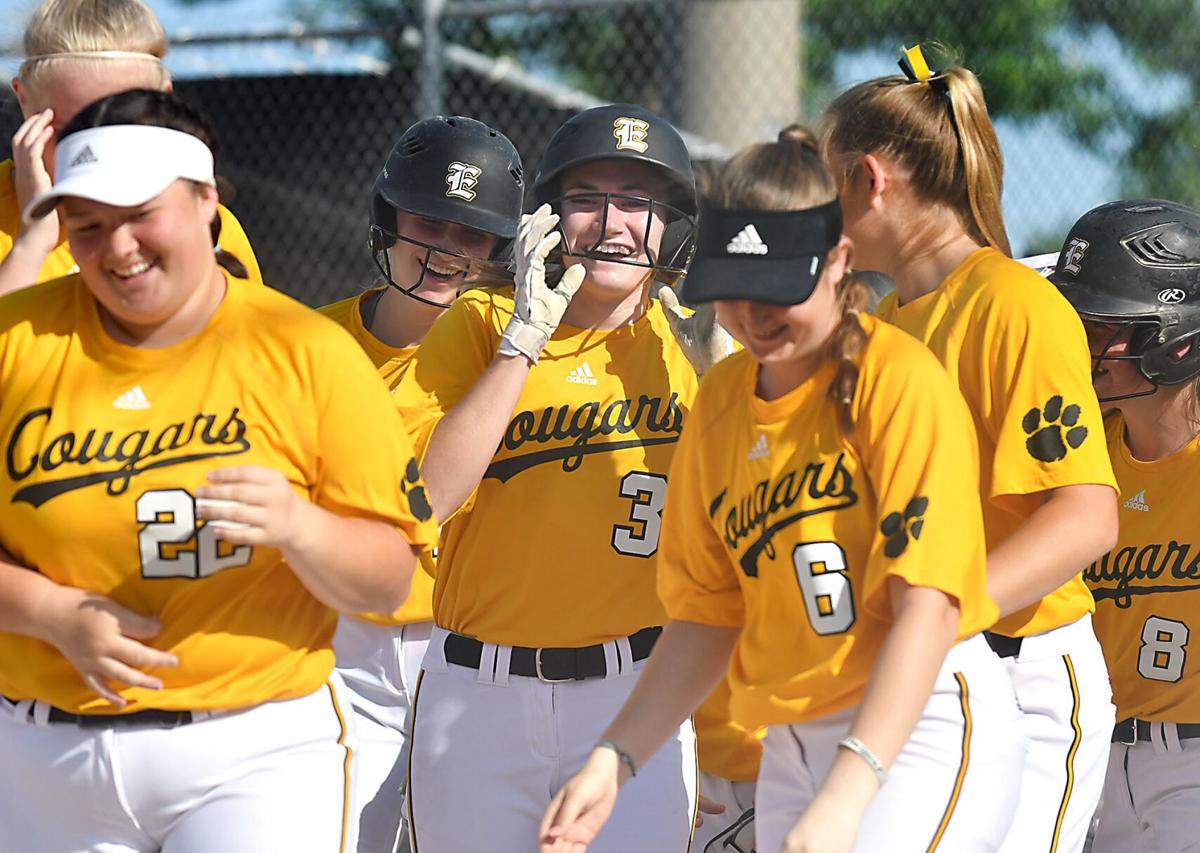 Mankato East’s Tayler Swalve (3) is all smiles while being congratulated by teammates after hitting a grand slam against Hutchinson during a Section 2AAA tournament game Thursday at Caswell Park. 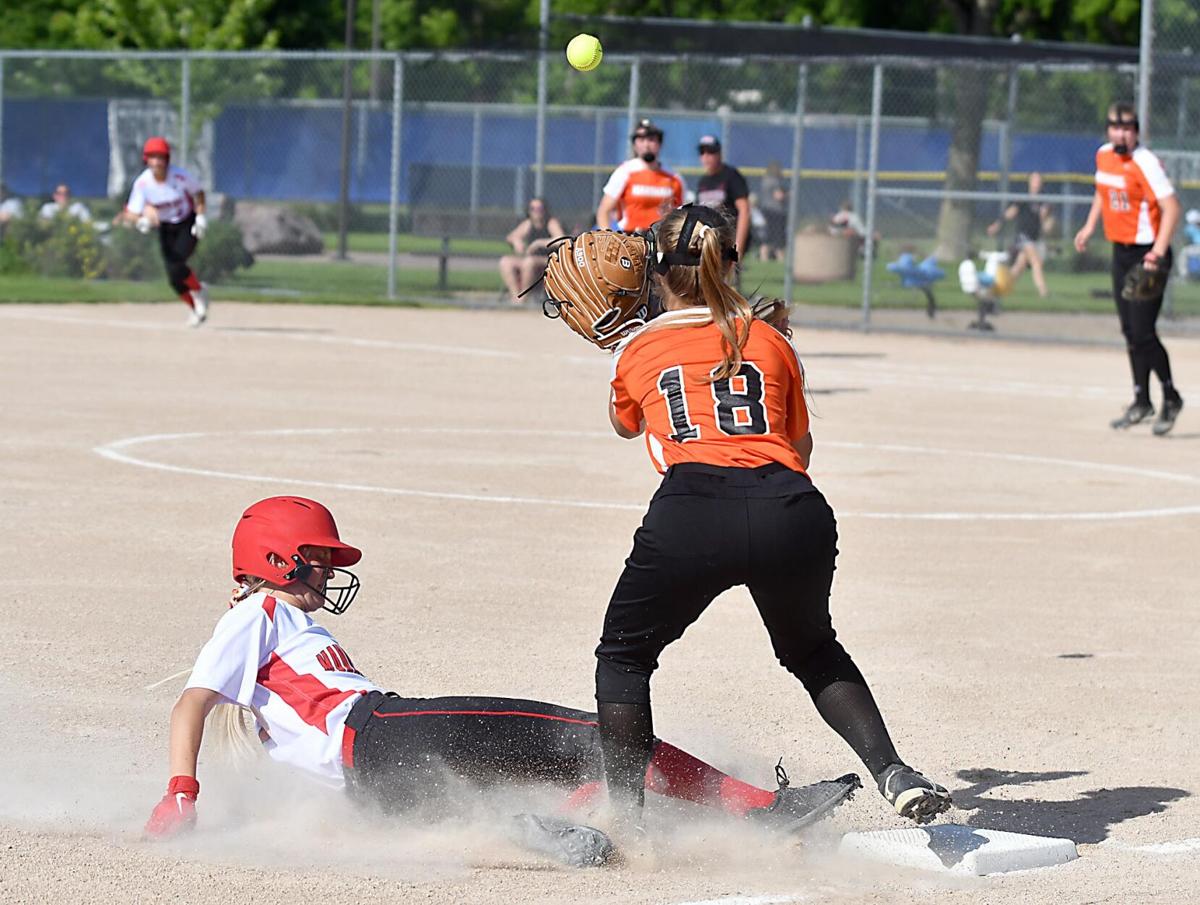 Mankato West’s Lani Schoper slides in to third base ahead of the throw to Marshall’s Olivia Houseman during a Section 2AAA tournament game Thursday at Caswell Park.

Mankato East’s Tayler Swalve (3) is all smiles while being congratulated by teammates after hitting a grand slam against Hutchinson during a Section 2AAA tournament game Thursday at Caswell Park.

Mankato West’s Lani Schoper slides in to third base ahead of the throw to Marshall’s Olivia Houseman during a Section 2AAA tournament game Thursday at Caswell Park.

Mankato West is the top seed, and Mankato East is No. 2.

To no one’s surprise, they will meet in the winners’ bracket final Saturday.

But to get to that game, both teams had to win a pair of games Thursday in the Section 2AAA softball playoffs at Caswell Park. The Scarlets defeated Marshall 11-1 in five innings and Worthington 9-1, while the Cougars took down Hutchinson 16-4 in five innings and Waconia 5-2.

“It’s going to be fun (to play West again),” East coach Joe Madson said. “We’ve already had two good games against each other. I don’t think it will be the last time we play each other.”

The Scarlets have had eight different players hit home runs this season, and West hit four more on Thursday.

Against Marshall, Abbi Stierlen and Carly Nelson each had two hits, including a home run, and Breck Carlson had two doubles and four RBIs.

“We’ve seen some of the best pitchers in the state, and that includes the East pitchers,” West coach Don Krusemark said. “We know what we’re in for at the section tournament, and we have to be ready to play.”

Stierlen was the winning pitcher, allowing three hits with 11 strikeouts.

Against Worthington, the Scarlets opened a 3-0 lead after two innings, with Bri Stoltzman and Lauryn Douglas each getting an RBI single.

In the five-run third, Nelson and Carlson each hit a two-run homer, and Maddie Bode picked up an RBI with a bunt. Nelson leads the team with eight home runs this season.

“Hitting is what I like to do best,” Nelson said. “This is the section tournament, and it’s good to get going.”

“I like the way we jumped on Worthington early,” Krusemark said. “I think we’re pretty confident, and it’s tough to pitch around all of our players.”

“We hit the ball really well in that first game, and we hit the ball well to start the second game,” Madson said. “Then we took a little rest when we got up 5-0.”

Maddie Glogowski hit a two-run homer in the second inning to open the scoring against Waconia. In the third inning, Swalve had an RBI single and Mangulis followed with a two-run single to make it 5-0.

“I’m really proud that we started so well,” Swalve said. “I think we got a little tired (in the second game), but we stayed tough with our bats and our defense.”

“We got good pitching today, some timely hits, and we played good defense,” Madson said.

Now, East and West play at 4 p.m. Saturday at Caswell Park. The teams split games during the regular season, and Saturday’s winner gains the advantage for the section championship.

“It’s a big game, but we try not to put too much pressure on ourselves,” Swalve said. “We know they have a good team, and we just have to be ready.”

Waconia faces New Ulm in an elimination game at 2 p.m. Saturday at Caswell Park, and Worthington will face Hutchinson at the same time. The winners of those games will play again at 4 p.m.