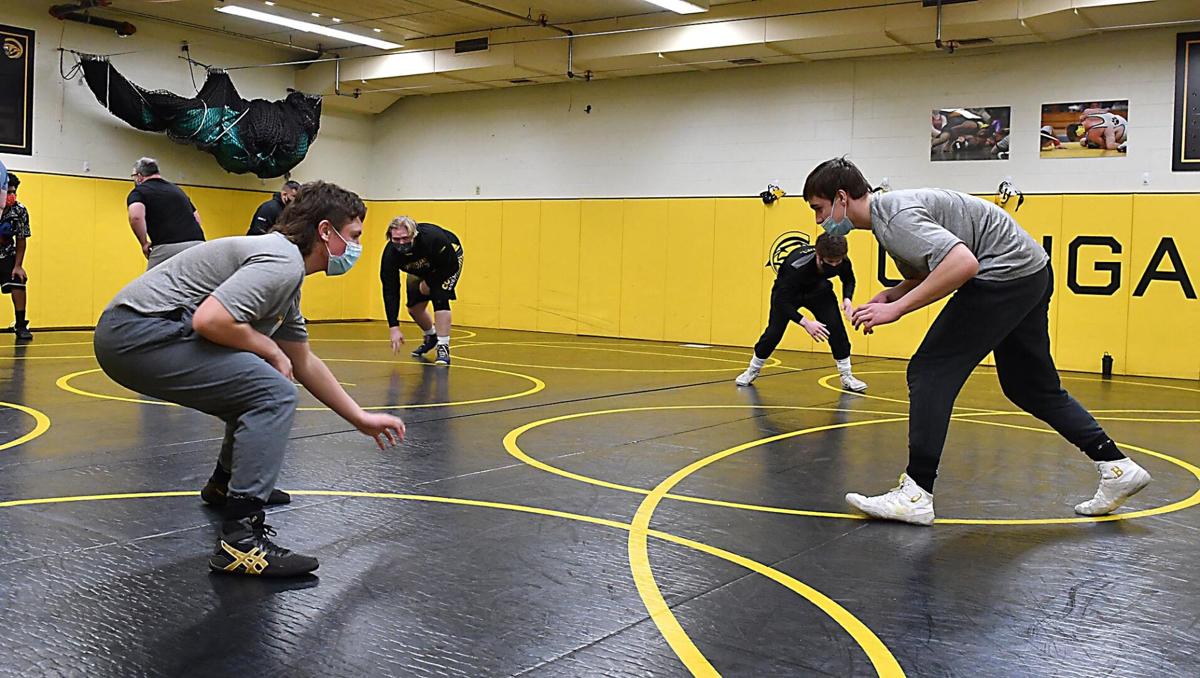 Practices for winter sports teams began Monday, and the wrestling room at Mankato East was a busy place. 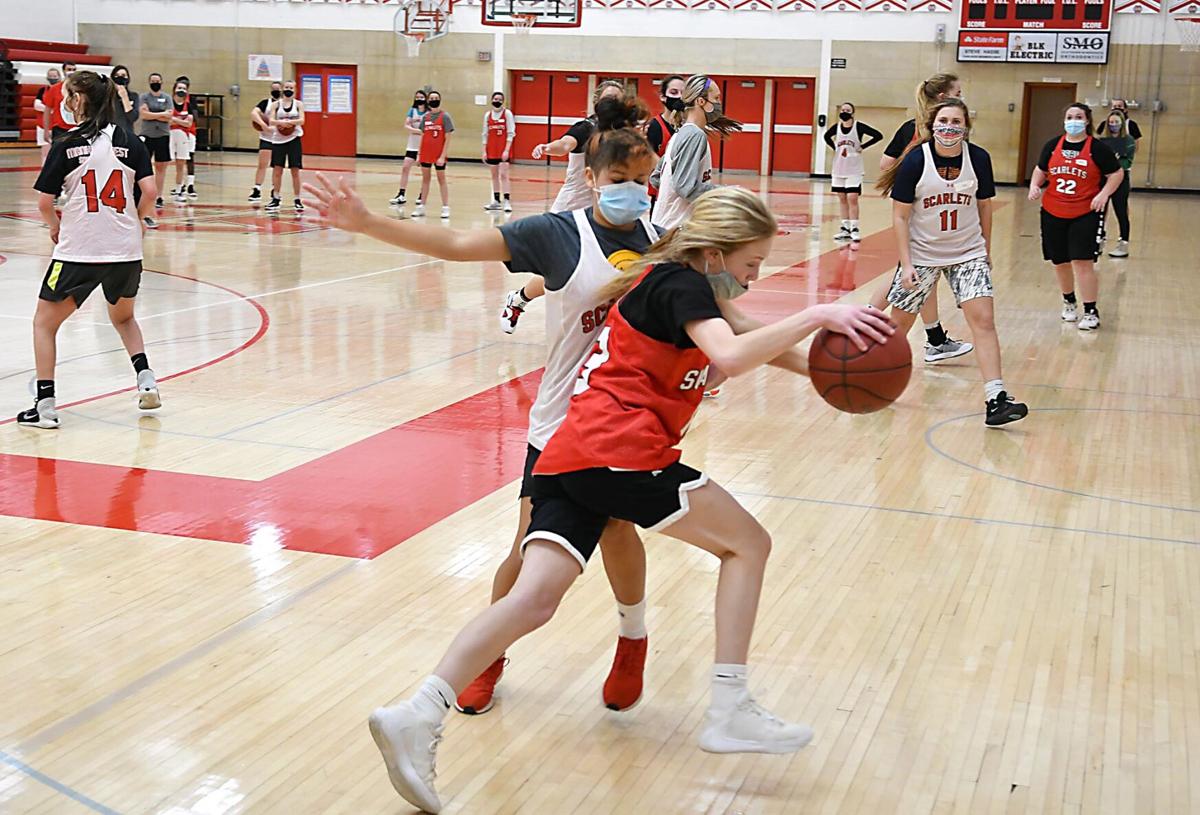 Masks are required at high-school practices, which began Monday for the Mankato West girls basketball team.

Practices for winter sports teams began Monday, and the wrestling room at Mankato East was a busy place.

Masks are required at high-school practices, which began Monday for the Mankato West girls basketball team.

MANKATO -- Bri Stoltzman played plenty of basketball this summer. She's also been doing individual workouts and conditioning to get ready for her senior season.

But there's still something special when you get the whole team in the gym.

"It's great," she said, taking a break from drills Monday at the Mankato West gym. "It's such a good feeling to see everyone out here. Everyone has a lot of energy. It's different, but once we get used to these masks, everything will be OK."

Practices began Monday for Minnesota gymnastics, skiing, swimming and diving, wrestling, basketball and hockey teams, a bit later than usual but a welcome activity for athletes who compete in winter sports.

In a normal season, high-school teams would have begun practicing for the winter seasons in mid-December, started games in late November and have a handful of contests already completed.

But because of the pandemic, the Minnesota State High School League, based on decisions by Gov. Tim Walz and the Minnesota Department of Health, delayed the start of winter sports.

On Dec. 16, the MSHSL announced that practices could begin Monday, and two weeks later, the decision was made that games could begin Jan. 14.

"The waiting game has been the hardest part," Stoltzman said. "It's just nice to get going. You have to treat every day like it might be your last."

Each sport has had its season reduced by 30% and can only schedule two events per week until the end of the season, when three may be allowed to handle some rescheduling.

West has already had to postpone boys basketball, girls basketball, boys hockey and girls hockey games for Jan. 14 because Rochester schools couldn't start practice until Wednesday, meaning the first game for those teams can't be scheduled until Jan. 16.

Swimming and diving and skiing will have an 11-week season with 11 events. Gymnastics will have 11 events in 12 weeks, while wrestling will also have a 12-week season, with 16 dates to possibly get 32 competitions. Gymnastics and wrestling are allowed to have triangulars, while other sports are limited to duals. Boys and girls basketball and boys and girls hockey will be allowed 18 contests in 13 weeks.

He was in the wrestling room Monday with his teammates, preparing for his final high school season.

"I've been looking forward to this for quite a while," he said.

Athletes have been able to find online workouts, and there have been online meetings between coaches and athletes to prepare for the season, as best they can.

The West girls basketball team did a community service with senior citizens as a team-building event. Hendel said his teammates have been having Google meetings by weight class.

Hendel has finished third in the section meet in two of the last three seasons, barely missing a trip to the state tournament. That is one of his goals as this compacted season begins.

"The last couple weeks, I've been watching my weight," he said. "I didn't want to be too heavy when we started."