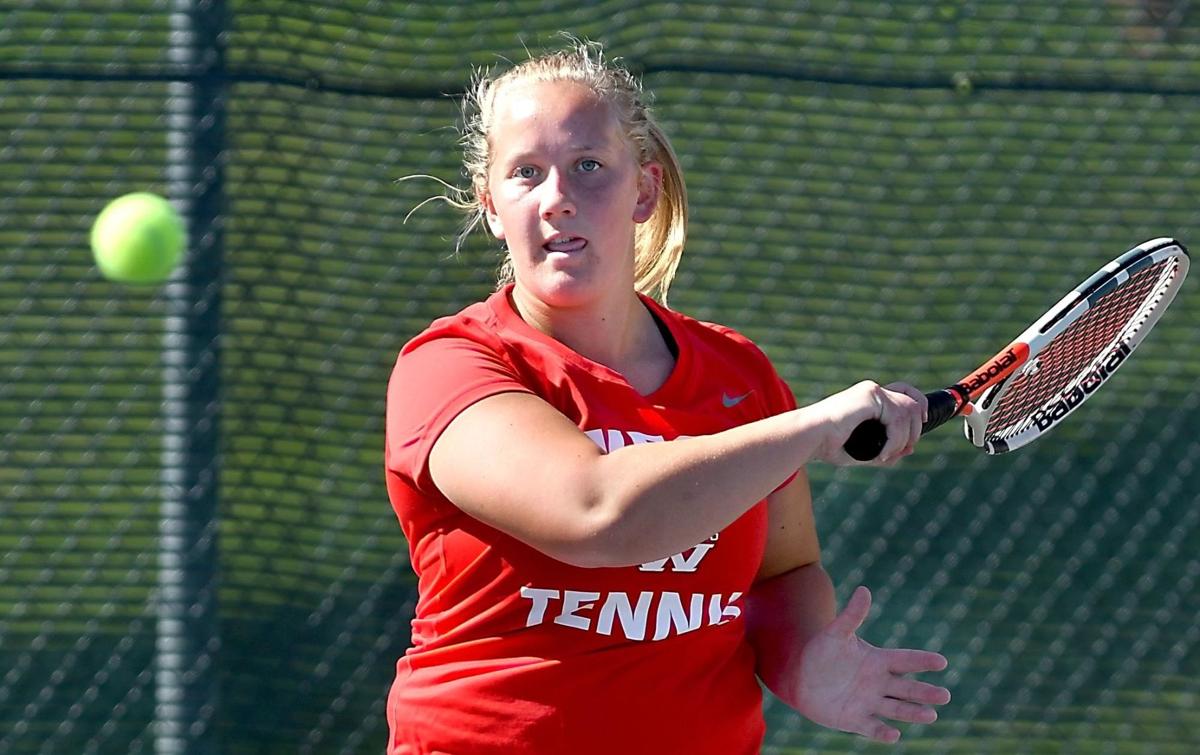 Mankato West senior Kelsey Goettl returns a shot during her No. 1 doubles match against St. James on Monday at the West courts. 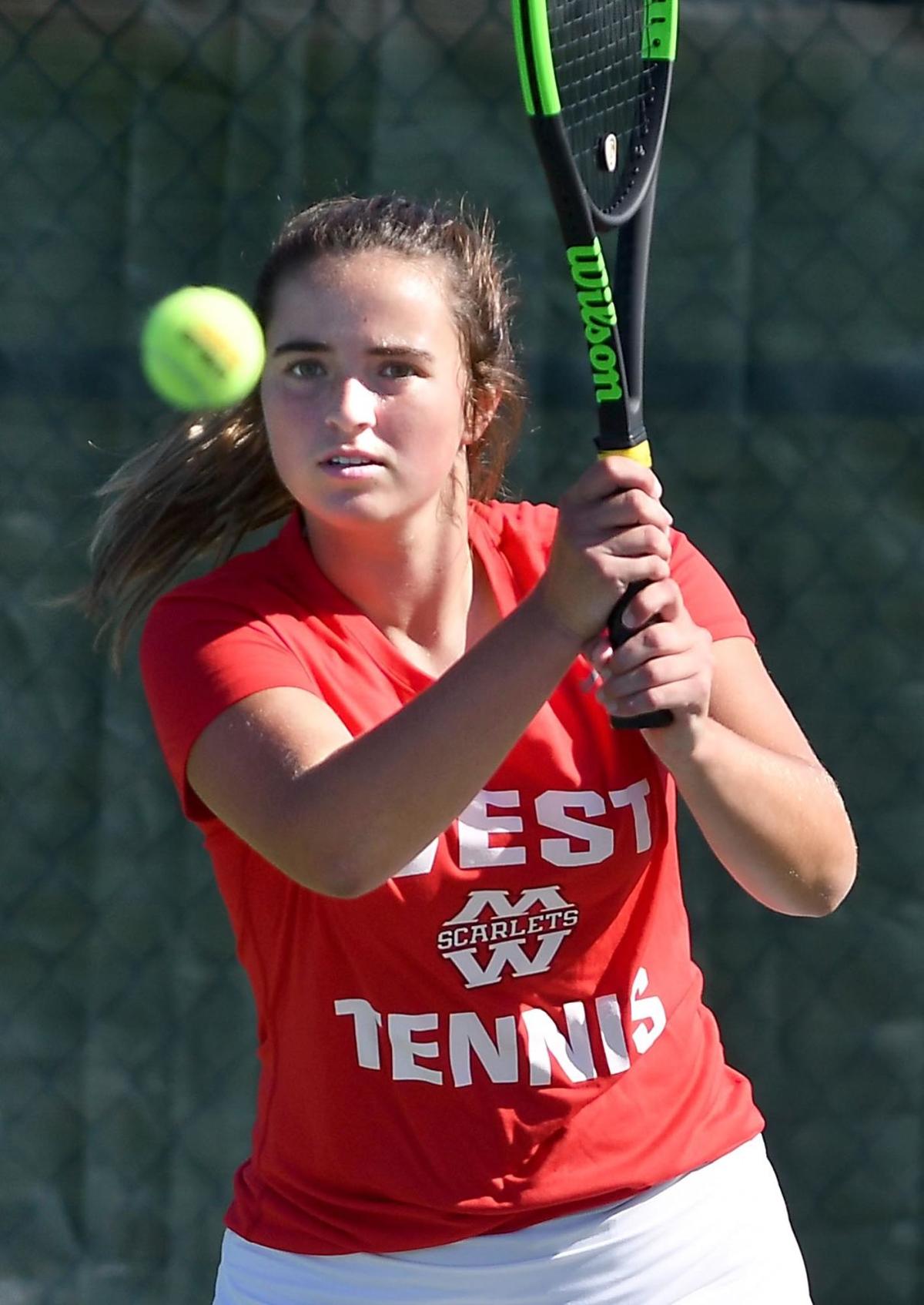 Mankato West senior Kelsey Goettl returns a shot during her No. 1 doubles match against St. James on Monday at the West courts.

Kelsey Goettl called her decision to join the Mankato West girls tennis team as a freshman “a last-minute” one.

“I decided to join for fun,” she said.

Now a senior, Goettl’s whim three years ago has turned out quite well for both her and the Scarlets.

For the second year in a row, Goettl and junior Elli Kim are West’s No. 1 doubles team. The duo took fourth place in the Big Nine Conference last season and advanced to the third round of the individual section tournament.

Goettl played JV as a freshman but earned a spot on varsity as a doubles player as a sophomore, playing at the No. 2 spot.

“I kept on getting better,” she said. “Summer tennis has helped me the most.”

During Monday’s season-opening meet on the West courts against St. James Area, Goettl and Kim cruised to a 6-0, 6-1 victory over Gabriela Trapero and Samantha Tetzloff. West swept doubles play but lost the team dual 4-3.

Goettl and Kim have developed good chemistry, according to Darwin Silva, who is starting his fourth season as West’s head coach.

The mix goes beyond the pair’s tennis skills.

“We both like to stay focused,” Goettl said, “but we like to have fun, too. And if one of us is having an off-day, we help build each other up. It’s nice playing together for two years in a row. I’m excited for the season.”

Goettl is one of two seniors in the varsity lineup. Madison Plemens-Schunk will play No. 4 singles after three years of JV play.

“We’re excited to have her,” Silva said. “She came into the preseason looking really strong.”

Silva expects West’s entire singles lineup to be strong, with sophomore Lauryn Douglas playing at the No. 1 spot, and junior Anna Egeland playing at No. 2, reversing their roles from last season.

“(Douglas) was pretty dominant over the summer, so we have great expectations for her,” Silva said. “Her game has grown a lot. It was a pretty close race last year between (Douglas and Egeland); this year’s there’s been a little separation.”

Eighth-grader Payton Douglas moves up to the No. 3 spot after playing No. 4 last year.

The Scarlets are hoping to make a run in the section tournament. They’re still stinging after getting knocked out in the first round by New Ulm last season.

“We have a bitter taste in our mouths from last year,” Silva said. “I think the girls will feed off that both as a team and as individuals.”

“I think we’ll do better,” she said. “We’ve gotten older as a team, so we’ve got some expectations now. Everybody’s excited for the season.”

West will travel to Winona today to play Big Nine Conference duals against Winona and Austin.