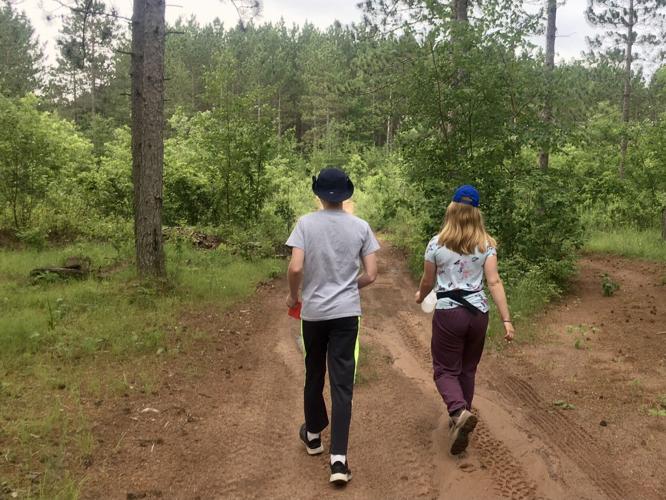 While every kid should experience berry picking and other simple encounters with the natural world, access can be a major barrier. Connecting an increasingly urban populace to the outdoors is a big, but important, task. 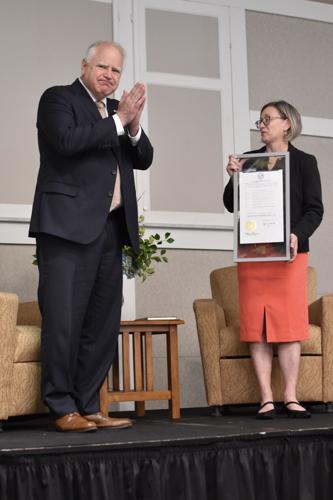 NR Roundtable 2022 began with a proclamation from the Gov. Tim Walz. Though his support for natural resources was welcome, presentations from the state’s top brass mostly summarized the last year. 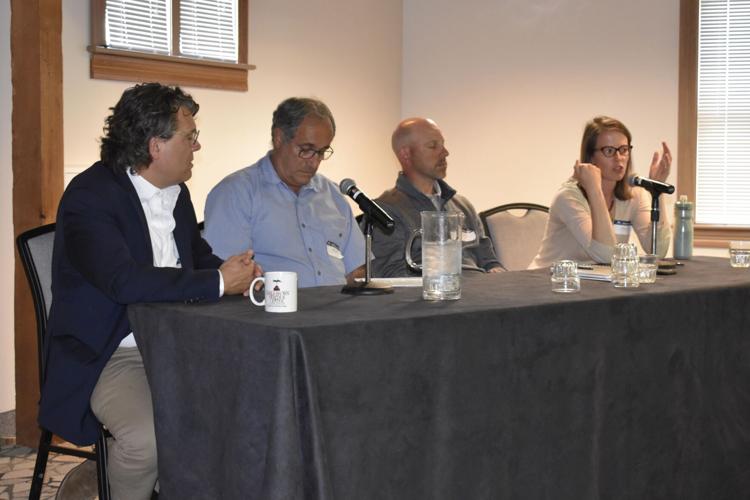 Discussions led by citizen advocates and other non-DNR folks were rich with ideas. This panel, on protecting and managing lakes for multiple purposes, was a hotbed of ground-level enthusiasm and action for lake ecology.

While every kid should experience berry picking and other simple encounters with the natural world, access can be a major barrier. Connecting an increasingly urban populace to the outdoors is a big, but important, task.

NR Roundtable 2022 began with a proclamation from the Gov. Tim Walz. Though his support for natural resources was welcome, presentations from the state’s top brass mostly summarized the last year.

Discussions led by citizen advocates and other non-DNR folks were rich with ideas. This panel, on protecting and managing lakes for multiple purposes, was a hotbed of ground-level enthusiasm and action for lake ecology.

A week ago Friday, it was my pleasure to cover everything pertaining to fisheries at the 2022 DNR Roundtable for Minnesota Outdoor News.

Though eager, I was intimidated by this assignment. For one thing, I do not keep up as much as I could on the latest DNR happenings, especially when they intersect with state lawmakers.

So, among other things, I boned up a bit beforehand on the DNR’s much-publicized, two-year process to build a new framework for funding the agency. It seemed like a topic that should be at the forefront of a day themed “Investing in the Future of Conservation.”

It’s probably safe to say the hunting and fishing community has been on pins and needles about the direction of such a project, which has been light on details but slings generalities like “Conservation and outdoor recreation opportunities equitably meet the needs of all Minnesotans”.

For one thing, let’s be honest: conservation itself is not directly a human need.

It’s a moral imperative for those who have inherited a rich abundance of natural resources like we have in Minnesota. A statement about conservation that includes “the needs of all Minnesotans” tends to raise more concerns than anything.

Like, what does that say about responses to CWD, AIS and the pollinator crisis, which many already see as inadequate?

Or, can we ever expect to see area fish and wildlife offices fully staffed and equipped to do their work? Will already-anemic resources be funneled away from the nuts-and-bolts work of the DNR to meet the nebulous needs of all?

To the disappointment of myself and probably many others, answers to questions at Roundtable ‘22 were fairly elusive (except perhaps in one 30-minute “future funding” session I couldn’t attend due to my fisheries assignment).

But that’s not to say I left there without a sense of optimism.

In the morning’s opening session, Commissioner Strommen and Governor Walz gave a presentation on a wide range of topics, including “funding.” Though she maintained the veil of mystery, I was encouraged when Strommen said that the vision for funding places the outdoors “not in competition with education, not in competition with health …,” rather, integrated with those kinds of quality-of-life priorities.

Ambitious, I thought, but what if it works? That would go a long way toward connecting our increasingly urban population with our natural resources.

At lunch, I happened to pick a seat across from Amber Kastner, Outreach Grants Specialist, who works with the No Child Left Inside program. She told me (then, and in a follow-up call) a bit about it.

It started with an allocation by the legislature of $900,000 with the goal of reaching youth populations that wouldn’t normally have access to the outdoors. NCLI is meant to use existing infrastructure like state and local parks to achieve those goals (rather than build something new), and grant funds have been distributed around the state based on population.

The first $900k was awarded in two phases, and included a couple of projects in the Mankato area. The program was renewed with another $450k in a subsequent legislative session.

When Kastner mentioned that one of the local grantees was Grass & Roots Outdoors of St. Peter, my ears perked up.

Grass & Roots Outdoors was founded in 2021 by Trish Hiscock-Austin, who serves as Lead Outdoor Educator and Program Director. The non-profit “is centered in youth development and engaged environmental stewardship, with community-building at the core,” and has built up steam rather quickly.

Hiscock-Austin also happens to be a high school and college classmate of mine (fellow Scarlet and Gustie, respectively), so I was eager to arrange a phone call ASAP.

She told me Grass & Roots began in 2021 with outdoor nature play, engaging children of different age groups. However, a problem was immediately evident: most of the kids who signed up were already connected to the outdoors.

When it came to including the ones who weren’t, there were barriers— like transportation.

“That was a wake up call that we have a lot of work to do,” Trish explained. “That’s fueled a lot of the momentum over the last year … expanding our work to include all kids. No Child Left Inside is intended to do just that — connect kids to outdoor opportunities. It’s an exciting way to do things.”

Now, Grass & Roots is able to offer transportation as part of the program. It may sound simple, but it has opened up some kids’ worlds. Trish gave the example of those who live in St. Peter but had never been to 7 Mile Creek Park, “only five minutes from their house.”

Earlier this week, she took a busload of kids to Cedar Crate Farm outside Waldorf, where they learned about water, weather, natural resources and generally where food comes from. Even the ride to and from the farm was an opportunity for kids to see what lies beyond the city limits, ask questions and begin forming an understanding of the natural world.

All made possible by the stroke of a pen.

Okay, it might not be that simple, but it bears mentioning that No Child Left Inside was not brought to a vote in the recently concluded legislative session. While I’ve been assured that NCLI will continue to seek additional opportunities at future legislative sessions, it must come as a disappointment to organizations around the state that would have applied for grants to connect kids to the outdoors.

However discouraging that may be, their ideas — along with many I heard at Roundtable from citizen advocates — give me hope.

Because while gathering all Minnesotans around our natural resources seems like a big task, I’ve learned there are a lot of people out there already doing exactly that. I hope they keep trying and succeeding, because there is only so much we can expect government to accomplish.

In the end, if we can indeed put natural resources near the center of all our lives, the case can easily be made that our outdoor heritage belongs to each one of us. That, in turn, should make funding the stewardship of those resources non-negotiable, on an ongoing basis.

If you happen to feel the same way or would like to learn more, I encourage you to find the Minnesota DNR’s “Funding Future for Natural Resources and Outdoor Recreation” page. There you can sign up for updates on the process.

Roy Heilman is an outdoorsman, writer, musician, and ethnic Minnesotan. His adventures take him all over the map, but he’s always home at neveragoosechase.com.