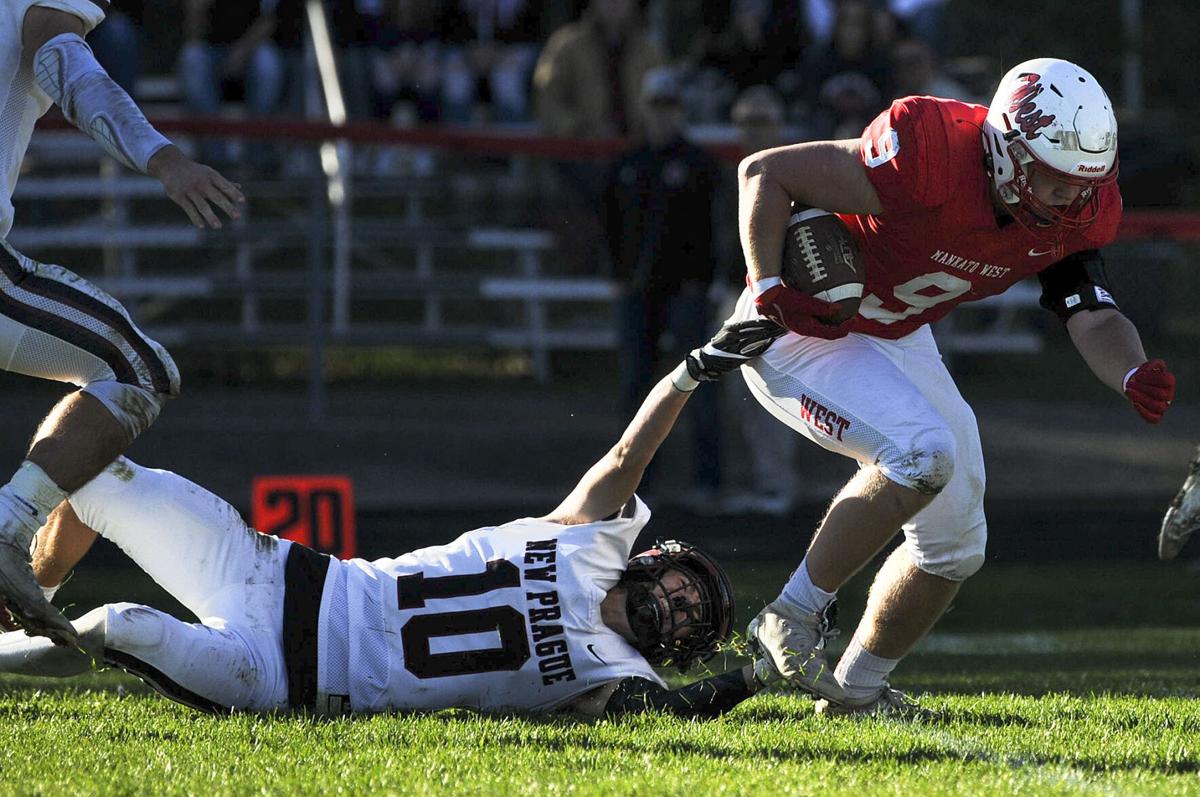 Mankato West’s Brady Haugum evades a tackle from New Prague’s Will Seymour after catching a pass in the first half of Saturday’s Section 2AAAAA playoff game at Todnem Field. The Scarlets scored 42 points in the first half. 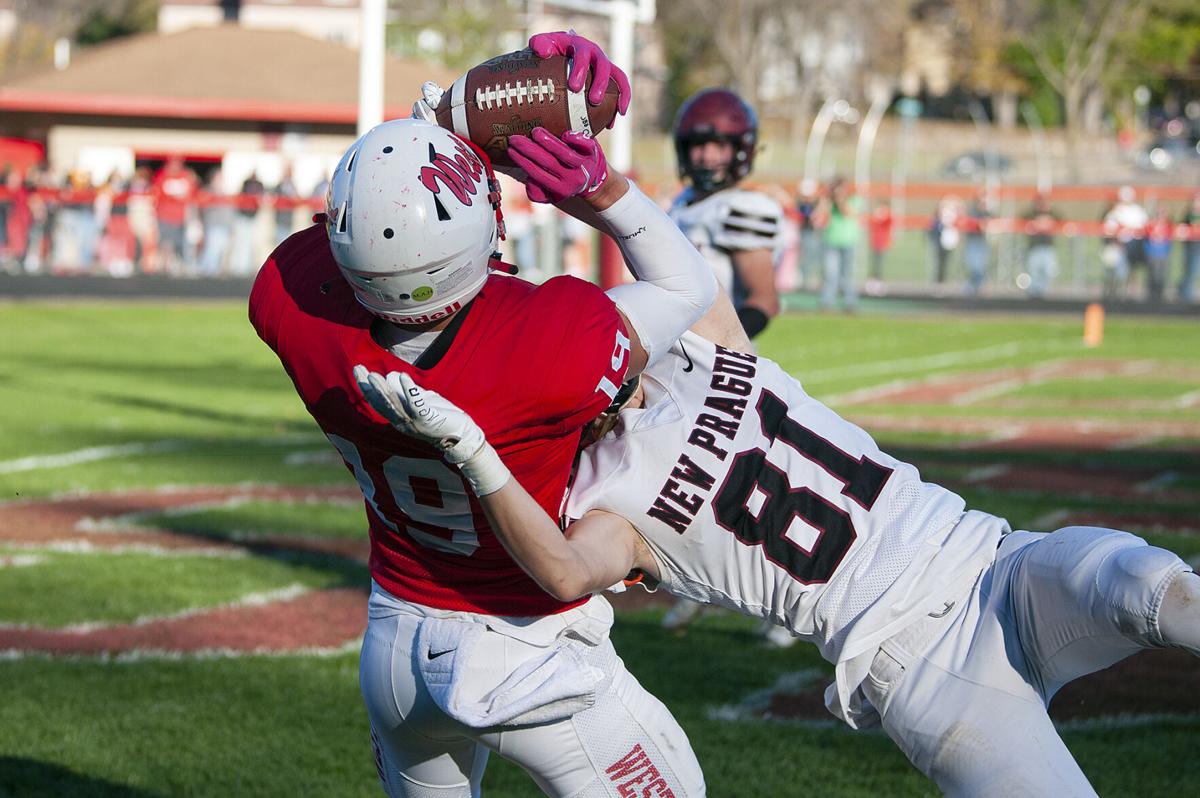 Mankato West’s Brady Haugum evades a tackle from New Prague’s Will Seymour after catching a pass in the first half of Saturday’s Section 2AAAAA playoff game at Todnem Field. The Scarlets scored 42 points in the first half.

MANKATO — The Mankato West offense was slow to start, losing a pair of fumbles.

But as has been the case for most of the football season, the defense was more than up to the task.

“Our defense is amazing,” said senior linebacker Hayden Hartman, who made two first-half interceptions. “Our offense was struggling so we knew we had to do something to switch the momentum. It’s what we planned to do.”

Hartman’s 90-yard interception for the opening touchdown got the Scarlets rolling in a 51-0 victory over New Prague in the Section 2AAAAA semifinals Saturday at Todnem Field. The No. 1-seeded Scarlets have defeated New Prague seven consecutive times, including a 41-7 victory in Week 2.

“I think that interception definitely jump-started us,” West coach J.J. Helget said. “We were disappointed that we missed some chances, but that really rejuvenated us. We knew that we had stopped ourselves, and once we got the offense going, we rolled.”

It was a most unusual first quarter. West had the ball for only three plays and lost two fumbles, both deep in scoring position.

But the defense helped out with Hartman’s 90-yard interception return for a touchdown.

“It was all reaction; it was surreal,” said Hartman, who also had an interception return for a touchdown earlier this season against Austin. “You’re always looking to score. But to see all my guys turn around and start blocking, all I had to do was catch the ball.”

In the second quarter, West held onto the ball, making a 58-yard drive that took 11 plays, including a fourth-down conversion. The touchdown came on a 3-yard pass from Zander Dittbenner to Peyton Goettlicher for a 14-0 lead.

The Scarlets’ offense continued to dominate into halftime, pulling away at 42-0 by the break.

West scored on a 19-yard pass from Dittbenner to Mekhi Collins that was set up by Hartman’s second interception; an 11-yard run by Damian Riewe, who was filling in for injured starting running back Walker Britz; a 29-yard pass to Goettlicher, who had to out-jump the defender in the end zone; and a 20-yard strike from Dittbenner to Collins following a turnover.

Drew Smook made all six PATs.

“I thought we really threw the ball well,” Helget said. “We had been relying on the deep ball, but I thought we did a good job taking advantage of some of the underneath stuff.”

Smook added a 24-yard field goal in the third quarter, and backup running back Jackson Frodeman added a 10-yard touchdown run in the fourth quarter.

West had 408 yards of offense, with 260 yards passing. Collins’ two touchdown receptions give him 34 for his career, which is a team record.