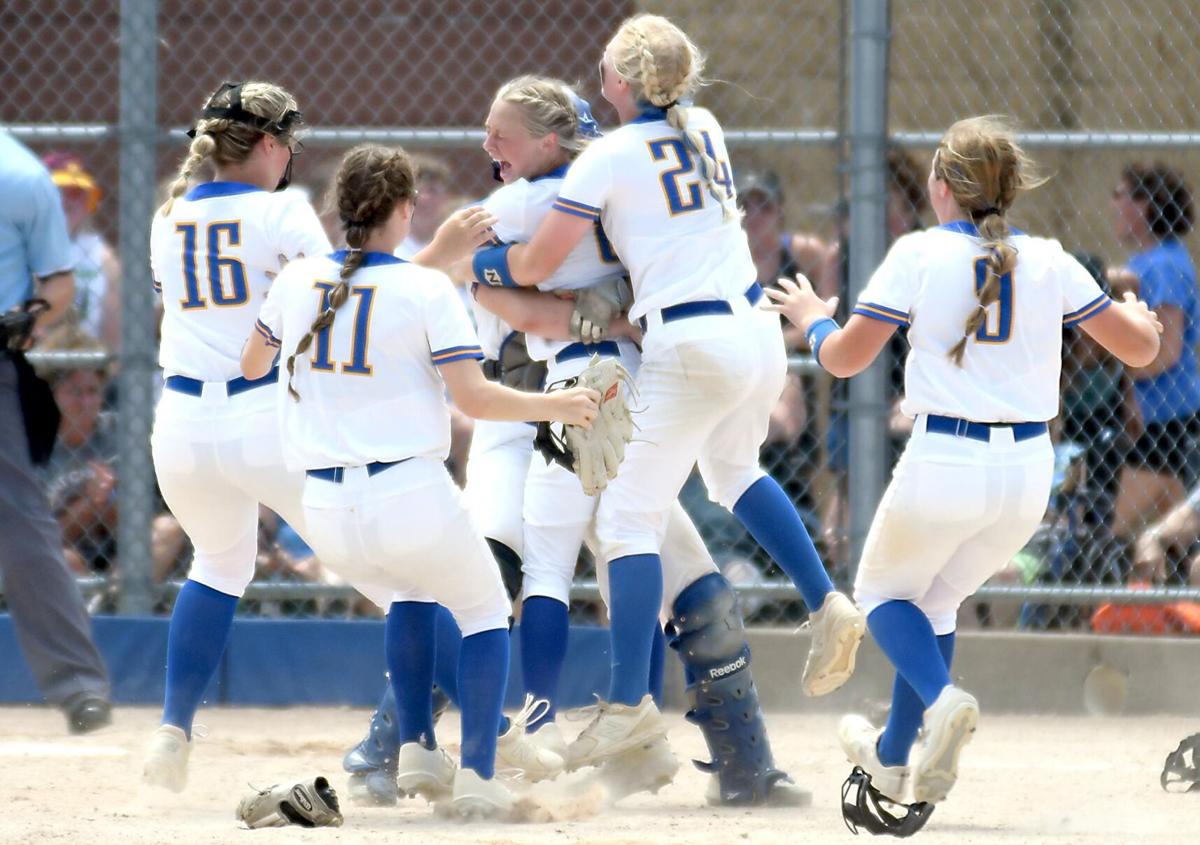 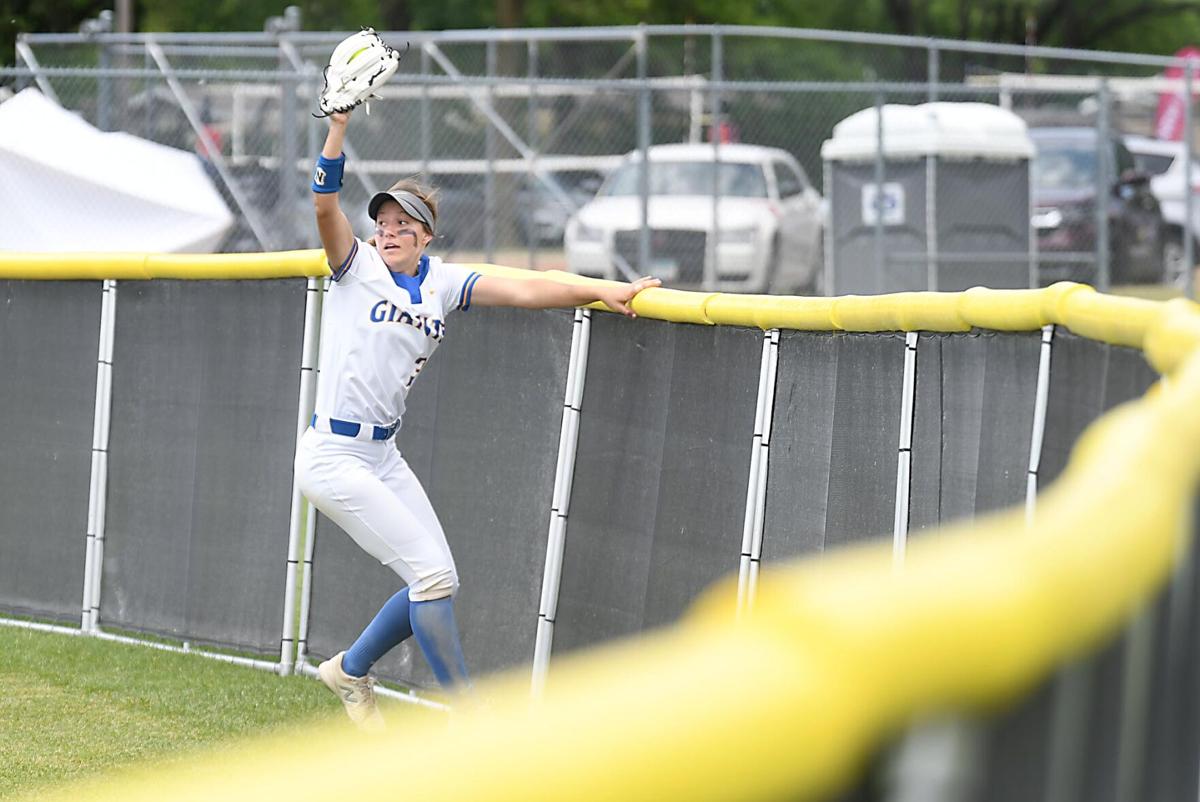 Le Sueur-Henderson’s Halle Bemmels holds up the ball after robbing St. Charles batter Mya Omdahl of a grand slam in the fifth inning of the Class AA championship game Wednesday at Caswell Park. 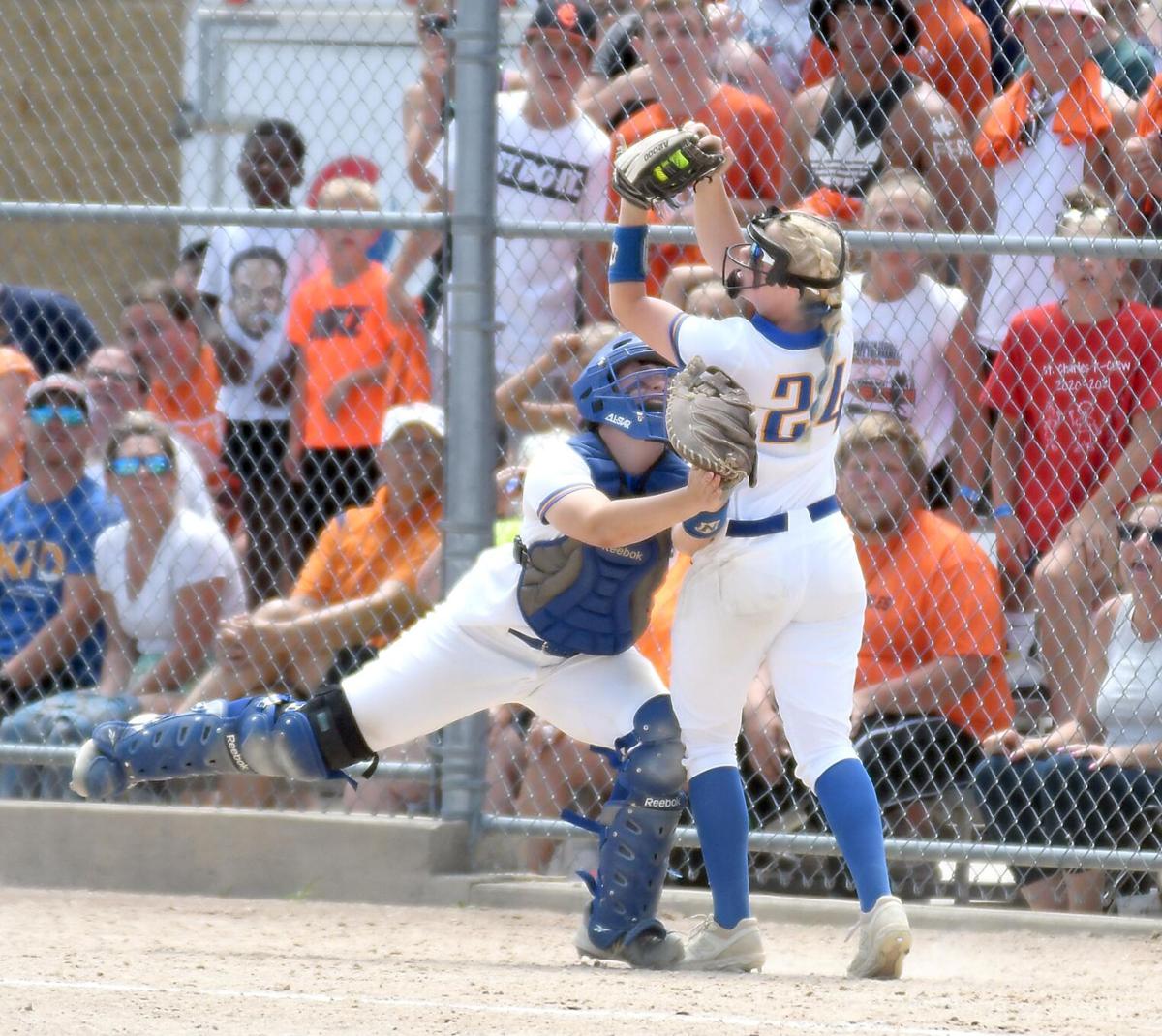 Le Sueur-Henderson’s Halle Bemmels holds up the ball after robbing St. Charles batter Mya Omdahl of a grand slam in the fifth inning of the Class AA championship game Wednesday at Caswell Park.

Le Sueur-Henderson won its state quarterfinal game by 10 runs in five innings, and despite falling behind early in the semifinals, the outcome wasn’t in doubt by the end.

However, it was a different story Wednesday as the Giants tried to wrap up the first state championship in program history.

“I think winning a close game is a lot more fun,” senior infielder Olivia Fritz said. “We had a few oopsies in the middle of the game, but this is even better than I could have imagined.”

The Giants (24-1) held a 6-1 lead after four innings, then survived bases-loaded situations in the fifth and seventh innings to defeat St. Charles 7-4 in the championship game of the Class AA softball tournament Wednesday at Caswell Park.

“This is playoff softball, the best eight teams in the state,” LSH co-coach Eric Lewis said. “When our kids get down, they seem to lock in and ‘OK, let’s go.’ We had confidence they could do it.”

St. Charles opened the game with a solo homer on the first pitch, but the Giants answered with three runs in the bottom of the first on just two hits. A long double to left-center by Olivia Fritz scored a pair.

“That was really important,” said Olivia Fritz, who will be attending Bethany Lutheran in the fall. “We had confidence in each other, and we knew we could come back.”

Olivia Fritz’s sharp single to left drove in another run in the third.

With two outs in the fourth, Halle Bemmels and Chloe Brandt hit consecutive doubles, and Rhyan Fritz made it 6-1 with a liner to right.

St. Charles got two runs back in the fifth inning, but it could have been much worse. With two outs and the bases loaded, Bemmels took away a grand slam with a running catch at the left-center fence.

LSH added a run in the fifth when Bemmels singled and eventually scored on a wild pitch, but in the seventh, St. Charles scored one and had the bases loaded again with no outs.

This time, Brandt got a strikeout, infield pop-up and game-ending strikeout to claim the championship. St. Charles stranded eight base runners in the game.

“We were comfortable with the kids we had in there,” Lewis said. “There were a couple of plays that we couldn’t make, and one that we should have made. We knew it wasn’t going to be easy today. Chloe got the job done, and we won.”

Brandt allowed four earned runs on nine hits and two walks with 13 strikeouts. She pitched every inning of the state tournament.

“This is great,” Olivia Fritz said. “It’s all about family and everything. I’m really happy.”

Melody Remund had a hit and two RBIs for Pipestone.