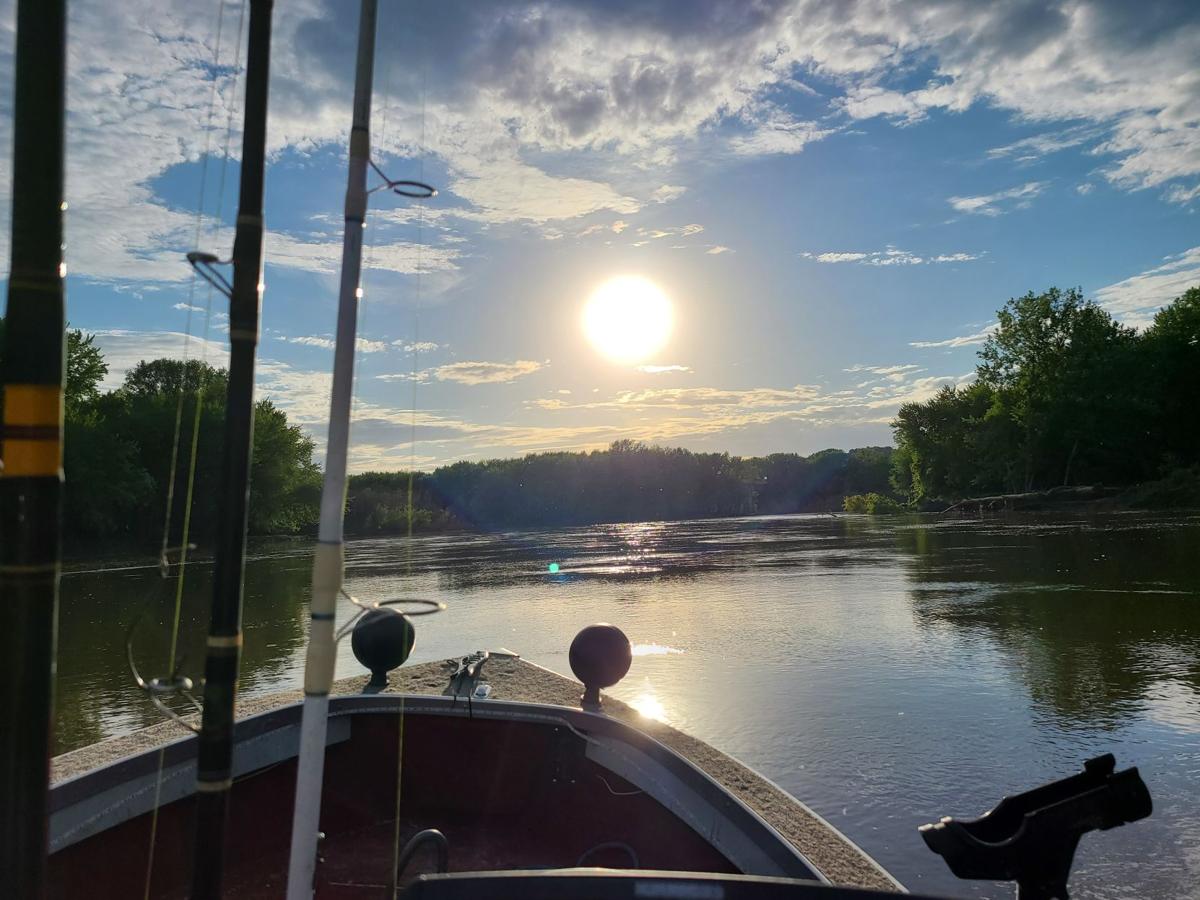 Cottonwood fluff drifts in golden rays of sunshine along a straightaway on the Minnesota River. The best days of fishing here and across streams and lakes in Minnesota is in the month of June. 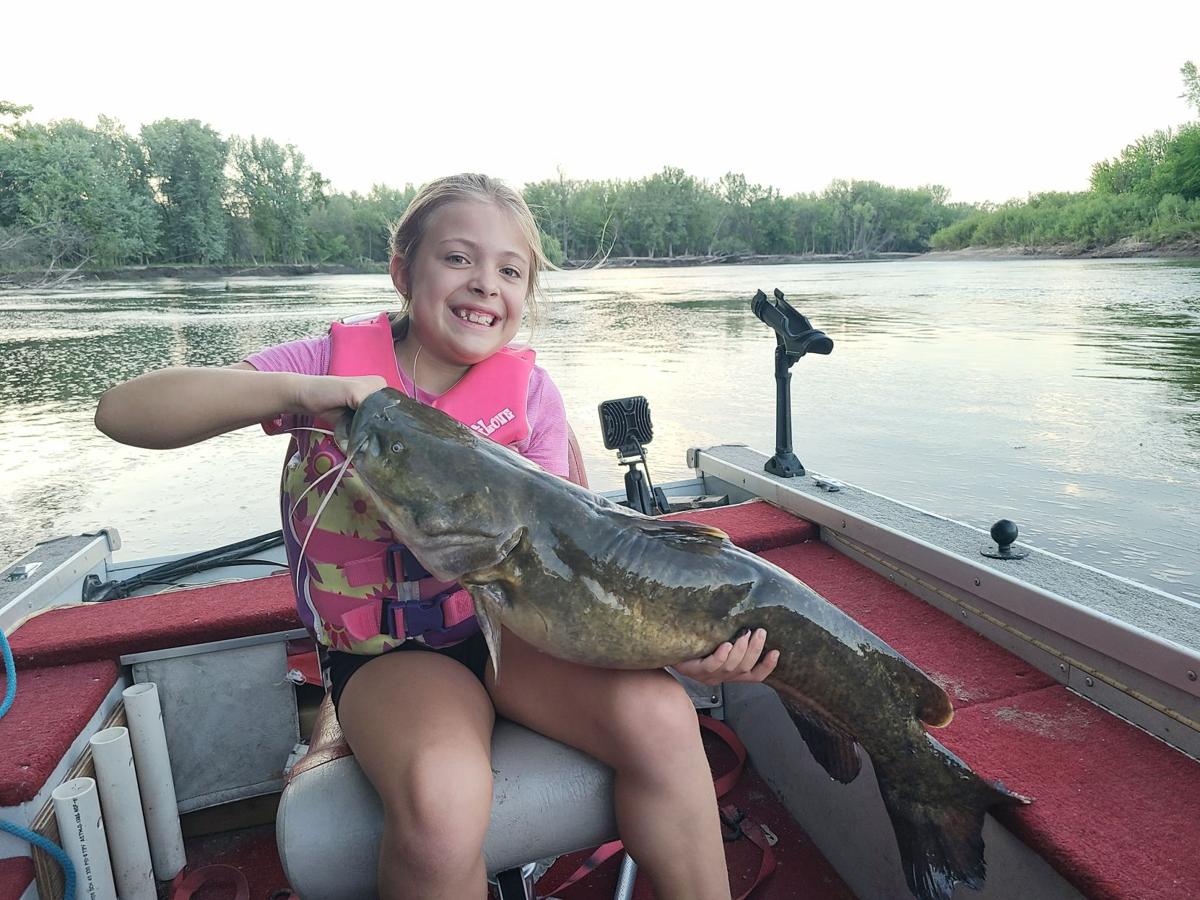 Quinn Mackenthun, 8, shows off her first flathead catfish. Presently, the Minnesota River is not excessively flooded, as it was for so much of 2019.

Cottonwood fluff drifts in golden rays of sunshine along a straightaway on the Minnesota River. The best days of fishing here and across streams and lakes in Minnesota is in the month of June.

Quinn Mackenthun, 8, shows off her first flathead catfish. Presently, the Minnesota River is not excessively flooded, as it was for so much of 2019.

You’d better have a good excuse to not be fishing now that the calendar has flipped to June.

Bass anglers are making a living on emerging weedlines, walleye and pike anglers are finding fish at the first breaks, and panfish angling is easy, with fish up shallow and biting most anything in sight. On the river, catfish are on the move, prompting evenings and nights with multiple fish.

I’m soaking up this miniature surge of folks returning to their roots and wetting a line. My local gas station, one of the few places to buy a fishing license in my town, has more often than not had someone standing next to the license printing machine, ordering up a license in order to hit the water.

Driving through town or down the highways on the weekends, I’m seeing boats coming and going. When I do hit the lakes, the parking lots are half-full instead of half-empty. I’ve even heard sporting good retailers are seeing their shelves get cleaned out.

No baseball, concerts or fairs? Hit the water.

I’ve said it in this space a few times over the last few months, but I’ll say it again: Don’t sit on your couch. String up your fishing rod and get out there.

While flooding doesn’t make fishing impossible, it does limit some of the places you can fish and provides some other challenges. Conditions being what they were, I fished the river little more than a handful of times with very little to show for my efforts.

Turning the page, 2020 has been much better to river anglers. Walleye action has been phenomenal, with anglers turning in some great stringers of eating-sized fish and lots of photos of behemoths found throughout the river. Catfishing has been super; with the surge in warm weather, the flatheads and channels are on a tear for folks putting in the time.

If I wasn’t distracted with some impressive bass and bluegills in the Upper Cannon Chain system the last few weeks, I would have put in more than a handful of evenings on the river.

I did find time last weekend to get my oldest daughter Quinn out on the Minnesota. We tossed anchor at a probable-looking spot, a shelf adjacent to a pool on a bend with a couple snags piled just downstream some 40 yards.

We chatted for a bit, watched a few male kingfishers verbally spar over territories from two perches nearby, and before long, I heard the unmistakable thud of a bullhead getting crunched in the powerful suction of the jaws of a flathead catfish.

The fish pulled a little line out of the baitclicker before coming to a rest. I pulled the rod out of the holder, felt the weight of the fish, handed the rod to Quinn and told her to set the hook. She did and then held on for the couple-minute battle.

Last year was the first time I’d attempted to help her catch a flathead, but it was during high waters approaching flood stage. It ended up being our only night on the river together. This year, we got that monkey off our back in a hurry.

First flathead, and we have a lot of summer left if she wants to try to upgrade.

The Minnesota River remains a mystery to many anglers. It can be intimidating for those with little fishing experience. Even for some with many years of fishing experience, boating on the river is also a concern. My simplest advice is this if you boat – head upstream, go slow, make sure you have a plan and working navigational lights and headlights, and give it a shot.

Start breaking down the river so you get to know a particular section. No boat? No problem. Search out publicly accessible chunks of land around accesses, state parks or national wildlife refuges. Aerial photos and apps with parcel data are your friend.

Wet a line where you can. A simple hook behind a weight with a piece of cut minnow or or sucker or nightcrawler will catch everything in the river, from behemoth flathead catfish to walleye, suckers, sheephead, carp, buffalo, redhorse, white bass … you never know what will be on the end of the line.

Take your kids to the river and toss out a few lines. Under adult supervision, they’ll have some of the best fishing of the year and make wonderful memories. June is only half done; take advantage of the great fishing in your neck of the woods.