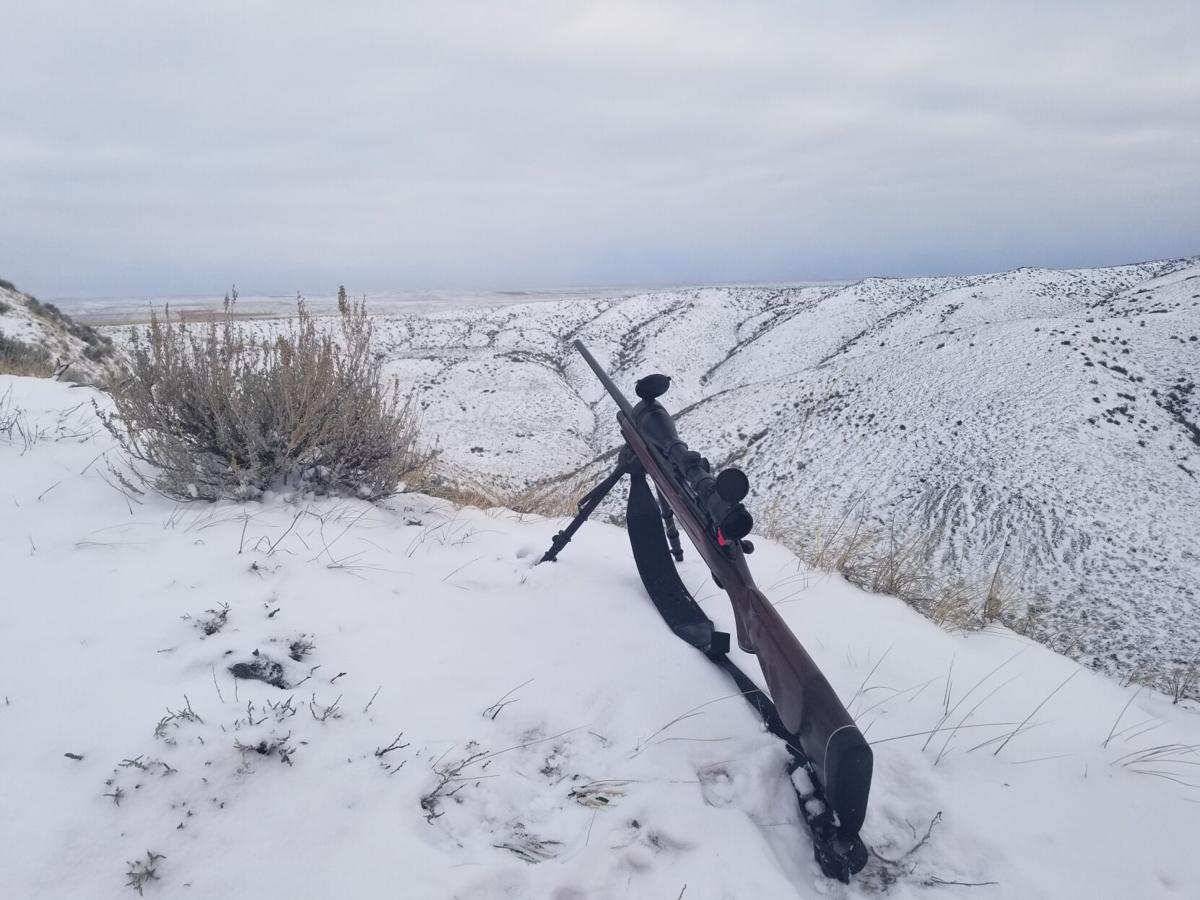 Long distance shots, spotting animals and stalking into shooting range, and nearly all other types of Western big game hunts, require quality optics. Modern advancements have made this equipment far superior to technology a decade or older. 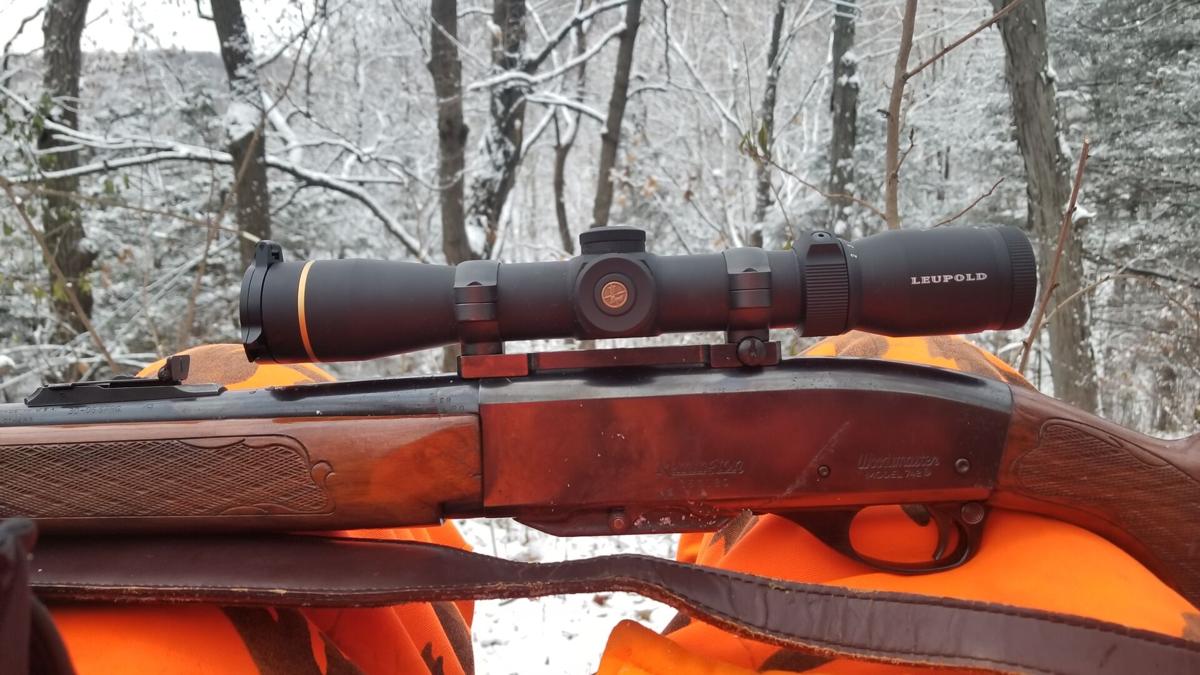 Computerized calculations, CNC machining, glass coatings and many other structural elements of modern riflescopes have improved greatly. While many guns and scopes are passed down within families, a swap to modern optics is probably warranted for many big game hunters.

Long distance shots, spotting animals and stalking into shooting range, and nearly all other types of Western big game hunts, require quality optics. Modern advancements have made this equipment far superior to technology a decade or older.

Computerized calculations, CNC machining, glass coatings and many other structural elements of modern riflescopes have improved greatly. While many guns and scopes are passed down within families, a swap to modern optics is probably warranted for many big game hunters.

Families and friends hunt together, form deer camps and pass down rifles from generation to generation. This often means that optics on these firearms are passed down as well, including my personal example of an old riflescope that had been on my grandfather’s rifle for decades.

A few years ago, after quickly taking a shot at a deer I’d waited on all week, I vowed I would never again pull the trigger with such little confidence in my riflescope and shot.

After that infamous trigger pull, I’d worried I had missed or worse yet, wounded the deer. Despite the lack of confidence, I found my buck around the corner of the hill on which stood my stand, the deer killed cleanly with a vitals shot.

That was the last deer and last shot taken with the old, hand-me-down riflescope. My reticle didn’t appear sharp, my magnification was difficult to change during the encounter, the lighting was poor, and my split-second shooting decision felt more rushed than I’d like.

When the hunting season ended, I took the opportunity to research and check out modern riflescopes. Ultimately, I affixed a Leupold VXR 2-7 magnification with firedot duplex reticle on my Remington 30.06 Woodsmaster 742.

Viewing targets and deer in my riflescope is a night-and-day difference compared to the old model. I have a clearer picture at first and last light, adjusting magnification is much easier, and the reticle pops against targets.

It’s a pleasure to hunt with and it gives me the confidence needed for the moment we wait for each fall.

Vici Peters is the Gold Ring Product Line Manager at Leupold Optics. In her 30-plus years, she’s seen the tremendous changes that have come to sporting optics and the remarkable advancements that continue to be made with modern technologies.

Vici and I spoke earlier this year, and I had the chance to hear directly from an expert why modern riflescopes are so advanced and how much has changed.

“The foundational difference is computer-generated optical design,” Vici said. “When I first started (at Leupold) 31 years ago, some of the engineers here used a hand crank calculator. You’d line up some numbers and turn a crank on it and it would spit out a solution. They would calculate one line of light, one specific beam of light, very small, through the system. It would take days and days to do one ray, and by the time they were done, they might trace three rays on one scope in a single day.

“These days we can trace millions of them because the computer can do it so fast, and we can simulate the image quality, and make slight adjustments to curves and thicknesses of glass to optimize for weight performance. The absolute designs themselves have really advanced greatly over the last 10 years.”

Just as nearly every field has been revolutionized by computing technology, so too has optics and glassware.

“The next thing that has really changed is coatings,” Vici said. “I remember reading an article in a 1948 shooting magazine that was saying now we have magnesium fluoride coatings, and they showed this photo of someone coating 10 lenses at a time, and it was this big, tedious process to get one coating on there.

“Today, our most advanced coatings have 12 to 16 layers, and it really improves the brightness of your image, the overall color, the image quality, and the glare is reduced which helps keep your contrast up. All of these come together to make a much sharper, better quality image from edge to edge.”

Vici said that old reticles were handbuilt, with wires stretched across a frame and there was a lot of “art” to it. Today’s reticles, she said, are done by advanced lithography processes that have unmatched precision. There’s not a lot of variety in the production of reticle, and their corners are very sharp and clear, while the toughness is much improved.

Peters remembers that when she started, she could put her finger through them without feeling it. New reticles are much more resistance, and you have to press on them to get them out.

Vici used a great plumbing analogy to help me think about looking through my riflescope.

“Think of light going through a scope is kind of like water pressure and pipes,” she said. “The pipe diameter is kind of like your objective diameter. It’s all the volume you can get through the center. Your objective forms that exit pupil, the other thing you have to think about is your own eye pupil will kind of cookie cut out of that exit pupil, so if it’s much larger than your eye pupil you’re not taking advantage of that larger area. What you can get is more density.

Once again, materials advanced given modern sporting optics a tremendous leg up on earlier, outdated technology.

“Coatings when done right on a high end riflescope, each glass type is analyzed and the coating is specifically designed to maximize how much of the light makes it through that surface, on every air to glass surface,” she said. “So getting the right coatings is the key there. It makes a tremendous difference. If a scope had no coatings, it would get about 50% light transmission. A scope with magnesium fluoride coatings get 75-85% light transmission.

“And these high-end coatings, you get closer to 92-97% light transmission. You’re not going to see that difference in broad daylight, except for that contrast or glare point. Light bouncing off of lenses bounces around and pollutes the image. But when you get to very low light situations where you’re really trying to pick out details, light transmission makes all the difference. You can see firsthand the difference between a scope with really good coatings and one with less than great coatings.”

Mechanics and materials have also hastened the jump to better optics.

“We just have had a lot of better materials over the years,” Vici said. “We are using CNC machining, with computerized numerically controlled machines for consistency. The metrology is so precise and accurate – we’re measuring parts down to micrometers for the highest tolerances. You used to use a plug gauge – if it fit you knew it was the right size. Now we use a computerized measuring machine that very precisely measures an entire surface, so you know the fit is correct. The advancements in optics are incredible – it’s pretty much like ‘how much has your phone advanced?’ “

Modern hunters have benefitted from all these advancements, but their expectations have risen, too. Today’s hunters want high-performance scopes, and they want to be able to take them out in hot and cold weather, be able to handle the abuse of temperature, weather and precipitation extremes, and come back without a scratch nor fog up when will be relied upon during the climax of the hunt.

Peters said many Leupold scopes come with a proprietary Guardian coating that is a water, fingerprint and dirt rejecting coating with minimal fogging. Most of the coatings applied by Leupold offer substantially higher hardness than the scratch resistance requirements.

Hunters can also make quick changes in magnification power on the fly, something that was a struggle on old riflescopes.

“Adjustment technology has really improved,” Vici said. “Being able to dial precisely to long distances is something we’ve really focused in on in the last 10 years. It used to be that on old scopes, you had the old coin slots that you used to sight in. You’d set those, put the covers on, and never touch your adjustments again.

Now we’ve put a lot of effort into precise and consistent performance, in addition to good ergonomics, easy to grasp adjustment dials, patented zero locks and patented locking adjustment technology. You have the ability to quickly access a super precise adjustment to dial in for longer shots.”

Getting the right scope on the right gun is important for successful hunts. Whether it’s your first western backpack big game hunt, antelope spot and stalk, or you need help setting up a son or daughter for a deer tree stand hunt, a little advice from an expert goes a long ways.

When it comes to who to ask for questions on scopes and optics, you’ll have a hard time beating the technical services team of experienced shooters and hunters at Leupold, where all products are made in the USA.