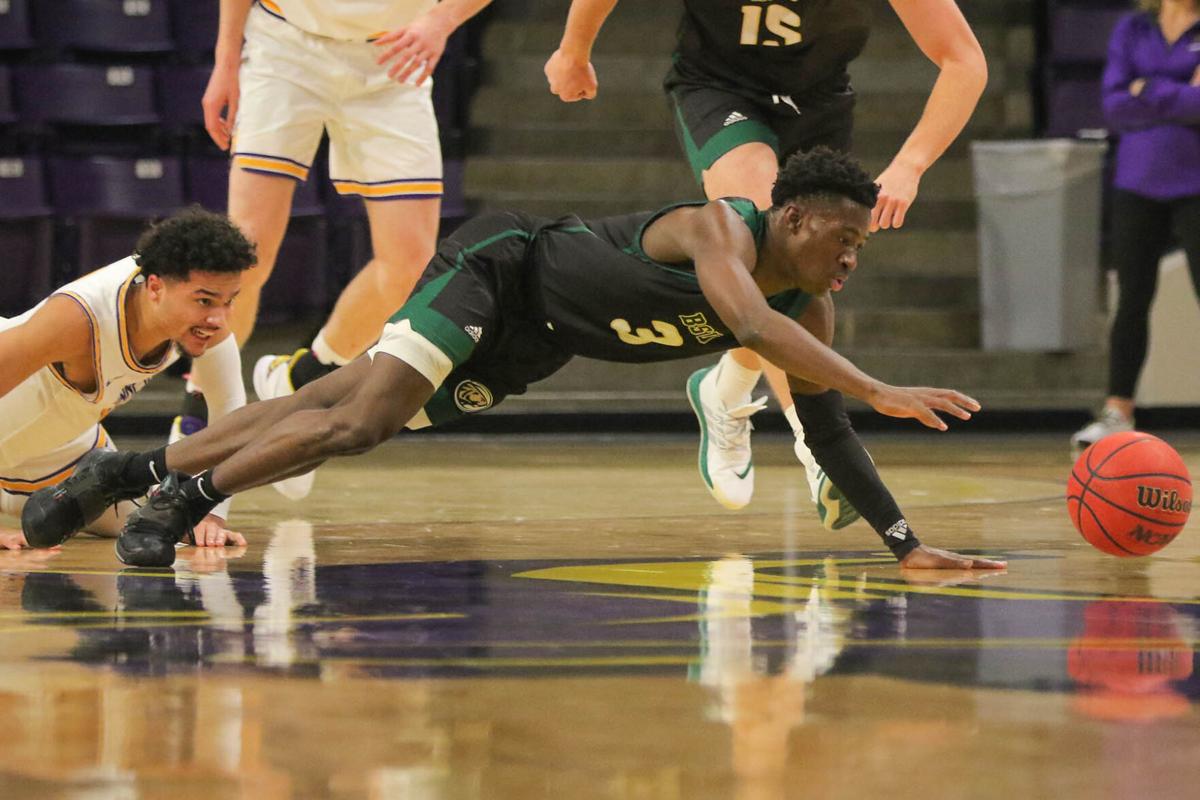 Bemidji State’s Mohamed Kone (3) and Minnesota State’s Malik Willingham (left) dive for a loose ball during the first half of Saturday’s game at Bresnan Arena. 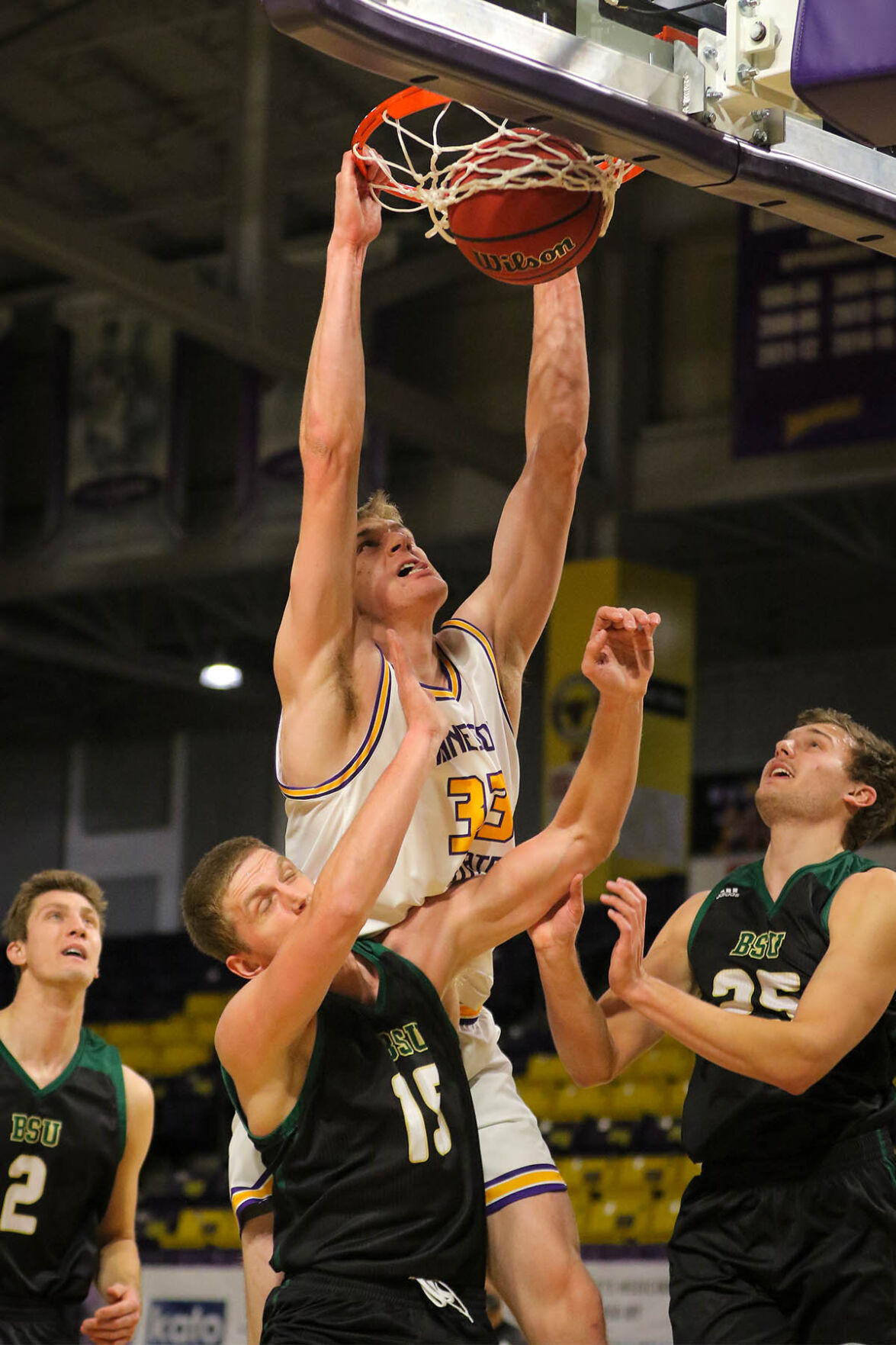 Minnesota State’s Kelby Kramer (33) dunks the ball off of a lob pass in Saturday’s game against Bemidji State.

Bemidji State’s Mohamed Kone (3) and Minnesota State’s Malik Willingham (left) dive for a loose ball during the first half of Saturday’s game at Bresnan Arena.

Minnesota State’s Kelby Kramer (33) dunks the ball off of a lob pass in Saturday’s game against Bemidji State.

Minnesota State made about one-third of its shots and committed 12 turnovers, but Minnesota State men’s basketball coach Matt Margenthaler isn’t worried about the offense.

He didn’t like what he saw from the defense.

“We got punched in the face early and we took it,” he said. “They beat us in every aspect of the game. I was really disappointed in our defensive effort and focus.”

Minnesota State opened the season with a 74-59 loss to Bemidji State in a Northern Sun Intercollegiate Conference men’s basketball game Saturday at Bresnan Arena. The Mavericks were outscored 42-24 in the final 23 minutes of the game as the Bemidji State veterans moved the ball well and found inside position too easily.

“I thought the first 15 minutes went pretty well,” junior center Kelby Kramer said. “But we finished the first half poorly. Defensively, we just didn’t compete at the level we need to.”

This opening weekend pits teams from opposite divisions in the Northern Sun, and only games within the division will count toward advancing to the eight-team conference tournament.

But with only 16 games, each one is important if you don’t earn an automatic berth into the region tournament, which will only include six teams this season.

“Compete with desperation, that has to be our motto,” Kramer said. “This is a two-month sprint, and our backs are against the wall already. If we don’t compete at a high level, this is what happens.”

The Mavericks made 10 of their first 16 shots to lead by three midway through the opening half. Three times, teammates lobbed the ball near the rim, where Kramer was waiting above the rim for an easy dunk.

Bemidji State used a six-point run to lead 27-23 with seven minutes to play in the first half, but Quincy Anderson had two baskets in the lane and a free throw as the Mavericks rallied to go up 35-32.

The Beavers had the final run of the half, scoring the last nine points to lead 41-35.

“They didn’t do anything we didn’t expect,” Margenthaler said. “We just didn’t do a good job of stopping them.”

Bemidji State continued to roll into the second half, making three 3-pointers in the first five minutes to extend the lead to 56-40.

“We knew we were going to use a lot of people tonight and give everyone an opportunity,” Margenthaler said. “We have a lot of new guys, but there’s a lot of teams that are in the same position. I just told the guys, ‘Welcome to the league.’ This is what it’s going to be like every night.”

Anderson finished with 16 points, and Kramer scored 14 points and had four blocked shots. The Mavericks were just 3 of 17 from 3-point range and 6 of 13 at the free-throw line, scoring only 24 points in the second half.

Eleven of the 13 players on the roster played at least three minutes.

“Too many quick shots,” Kramer said. “We have a lot of new guys, and we need to do a better job with ball screens and ball reversals. I think when we started missing, we got flustered. They made us take contested shots; kudos to (Bemidji State).”