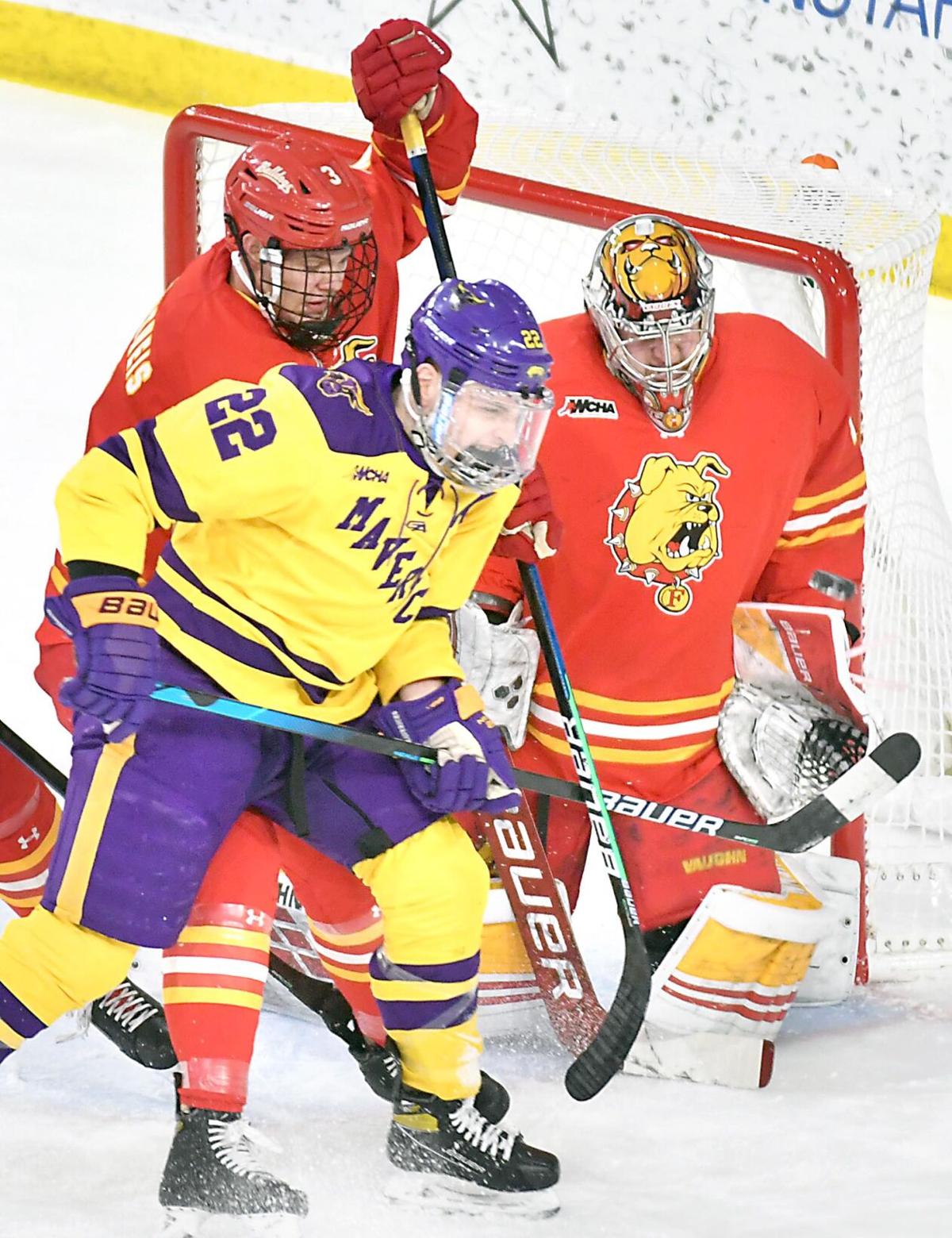 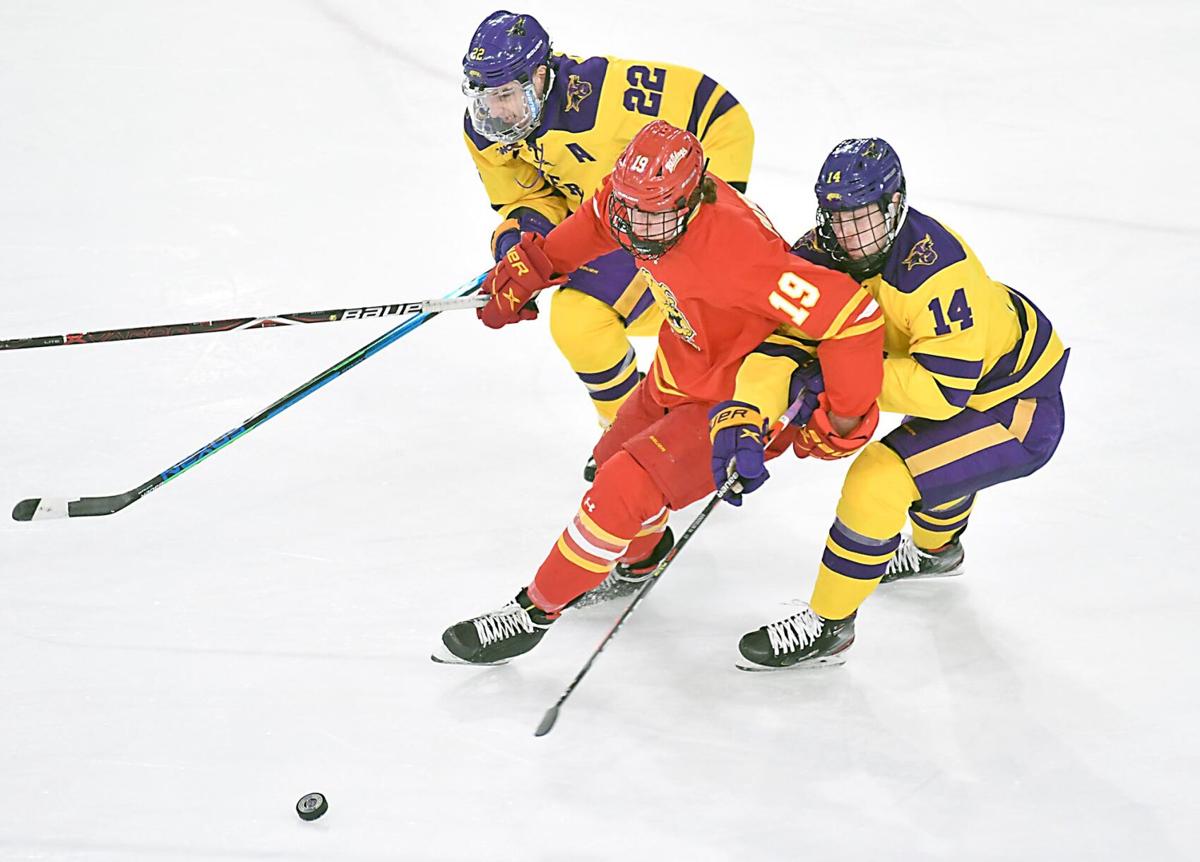 Minnesota State’s Ryan Sandelin (14) gets some help from teammate Dallas Gerads (22) as they slow down Ferris State’s Stepan Pokorny (19) during the first period Friday at the Mayo Clinic Health System Event Center.

Minnesota State’s Ryan Sandelin (14) gets some help from teammate Dallas Gerads (22) as they slow down Ferris State’s Stepan Pokorny (19) during the first period Friday at the Mayo Clinic Health System Event Center.

Early in the season, the power play was driving the Minnesota State men’s hockey team’s offense.

The Mavericks were over 30% with the man-advantage for most of the first half, and even when the unit wasn’t scoring, it was consistently creating chances.

Lately, it hasn’t looked the part, and the numbers have suffered. Coming into Friday’s game, the power play hadn’t scored in the previous four games. The unit was also 2 for its last 20.

MSU finally broke through, as Julian Napravnik scored his sixth power-play goal of the season to break a scoreless tie in the third period of MSU’s 3-0 win over Ferris State in the WCHA quarterfinals Friday at the Mayo Clinic Health System Event Center.

“We need our special teams to be good. We’ve been working on it, it’s something we’ve tried to address,” MSU coach Mike Hastings said. “Special teams can make a difference at this time of year, and they did tonight. ... The guys have been putting a lot of work into that, and it’s good to see them get rewarded.”

For nearly two-and-a-half periods, the game was scoreless as Ferris State, which hasn’t beaten a Division I opponent this season, fought MSU every step of the way.

The Mavericks got off to a poor start in the game’s first 10 minutes, surrendering several scoring chances, but Dryden McKay, the WCHA Player of the Year, showed why the league’s coaches gave him that award, making several key saves in the stretch.

McKay made 15 saves to record his ninth shutout of the season and the 23rd of his career. Shots on goal in the game favored MSU 27-15.

“He’s just steady. That’s what he does,” MSU forward Jared Spooner said. “He kept us in the game for 50 minutes, and that’s a tall task. ... We’re grateful to have him back there.”

After Napravnik put MSU on the board at 8:49 of the third, Spooner made it 2-0 just 53 seconds later when he tipped Riese Zmolek’s shot.

This was Spooner’s fifth game back since suffering an injury against Bowling Green, and it’s clear he’s returning to form.

“I thought (he) was one of our best players, and you need your veterans and your leadership group to do that,” Hastings said. “He’s just so incredibly selfless. ... He played an honest game, and what you find at this time of the year is that you need to play honest.”

Walker Duehr added MSU’s third goal of the night at 15:28 of the third to secure the victory.

Spooner was happy with the win, but wasn’t pleased with the way MSU played in its playoff opener.

“The bottom line is, we can’t play as arrogant and ungrateful as we did tonight. It’s just unacceptable,” Spooner said. “It’s not like our group, and it’s a good wakeup call for us.”