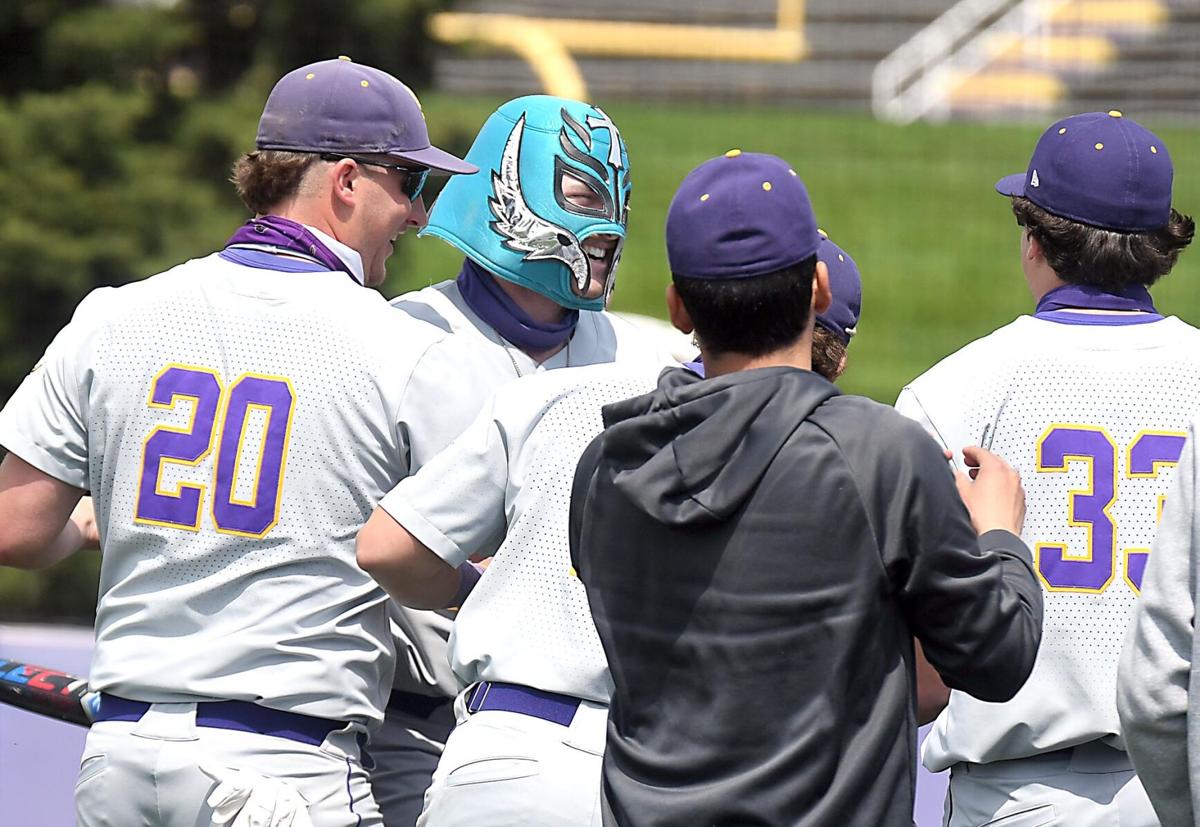 Teammates put a luchador mask on Ross Indlecoffer as the Minnesota State baseball team celebrates his home run that hopped the fence off of a Concordia-St. Paul outfielder’s glove during the second inning Monday at Bowyer Field. 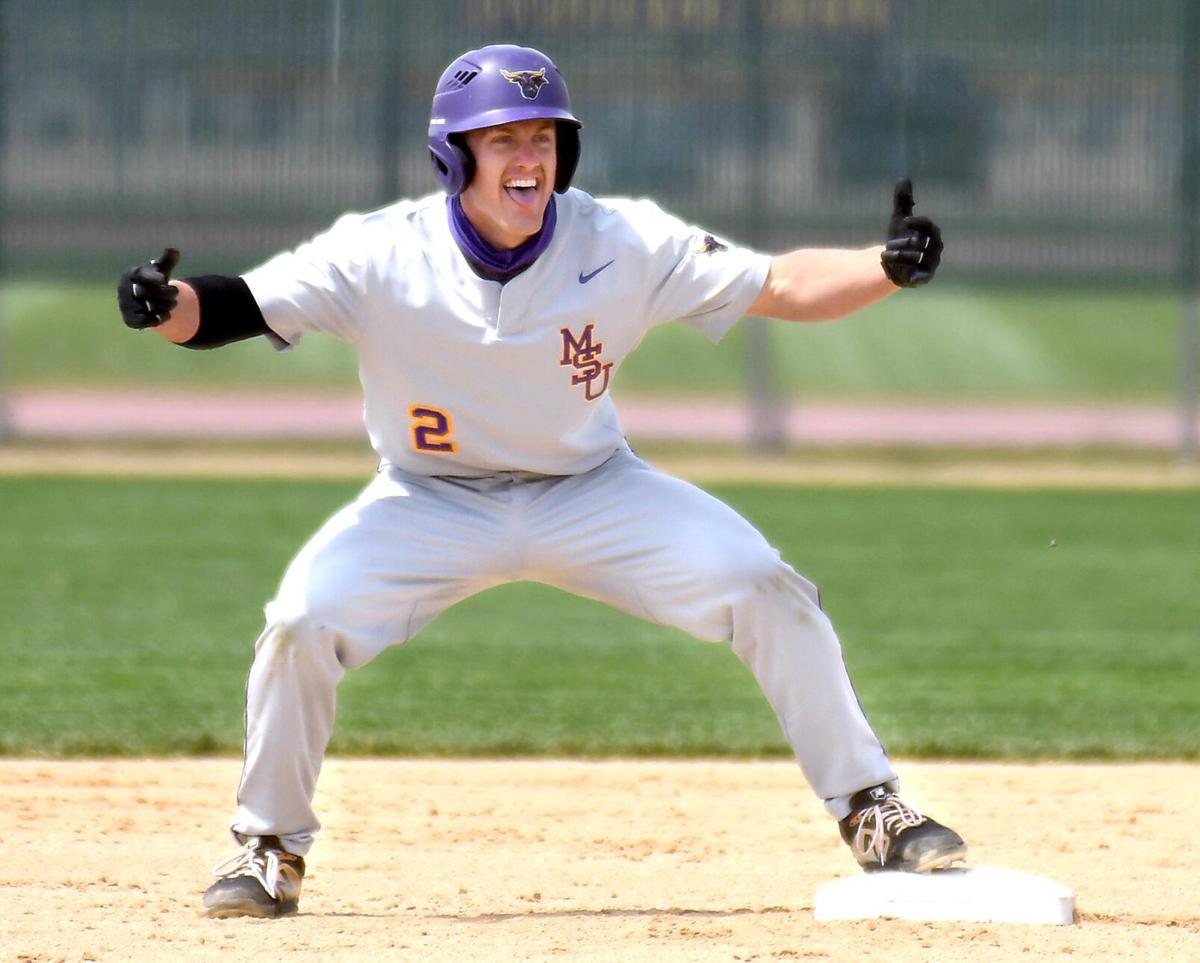 Teammates put a luchador mask on Ross Indlecoffer as the Minnesota State baseball team celebrates his home run that hopped the fence off of a Concordia-St. Paul outfielder’s glove during the second inning Monday at Bowyer Field.

MANKATO — When he showed up at the ballpark and saw the 20-mph wind blowing straight out to left, Joey Werner had a smile.

“It was a pretty good day for hitting, obviously,” he said.

The No. 11-ranked Mavericks collected 16 hits, and had an 11-run inning, to defeat Concordia-St. Paul 18-4 in seven innings, sweeping the three-game series at Bowyer Field.

“It really doesn’t matter (if the wind’s blowing out,” Minnesota State coach Matt Magers said. “Maybe in my younger years, as a former pitcher, I would have been like ‘oh, man,’ but I thought our hitters did a good job and had some good swings.”

The Mavericks, who have hit 44 home runs in 34 games, hit two more in the first inning, taking advantage of the wind. Werner, a left-handed hitter, sliced one that just cleared the 325-foot sign in left field for a 2-0 lead. Ross Indlecoffer followed with a line drive that popped off the left fielder’s glove and over the fence for a solo shot.

“I thought our approach was good,” Magers said. “We have some power, and we have veteran guys who know how to hit. Plus, it’s the third game of a series so you’re getting a little farther down the pitching staff.”

The Mavericks broke open the game in the second, scoring 11 times. Werner had two RBI singles in the rally, Ty Denzer had a three-run double, and Jack Waletich added a two-run single.

A dropped fly in the infield started the craziness, accounting for five unearned runs. Indlecoffer was beaned twice in the inning.

“”You maybe have an inning like that once or twice in your career,” Werner said. “It was exciting, going to the plate twice in the same inning.”

Werner, who leads the team with nine home runs, ended up with five RBIs, and Teddy Petersen, Indlecoffer and Denzer each had two hits.

“I think we stuck with the plan,” Werner said. “We were just trying to hit the ball hard and get the job done.”

Brendan Knoll took advantage of pitching into the wind. A ground-ball specialist, he had only four strikeouts, with most of the rest of the outs coming in the infield.

The Mavericks were able to get 25 position players into the game and used four pitchers. With five games coming up in the next five days, Magers said it was nice to rest some of the starters.

“We’re trying to get everything set up for the playoffs,” Magers said. “We’re where we want to be.

The Mavericks (28-6, 24-5 in Northern Sun) play their final home games on Wednesday against Sioux Falls. The regular season ends on Friday and Saturday with three games at Winona State.

More importantly, Minnesota State bounced right back after getting swept by Augustana in a doubleheader last week.

“I don’t dwell on the past,” Werner said. “It wasn’t our best day; we know it, and they know it. We have an opportunity to get better.”