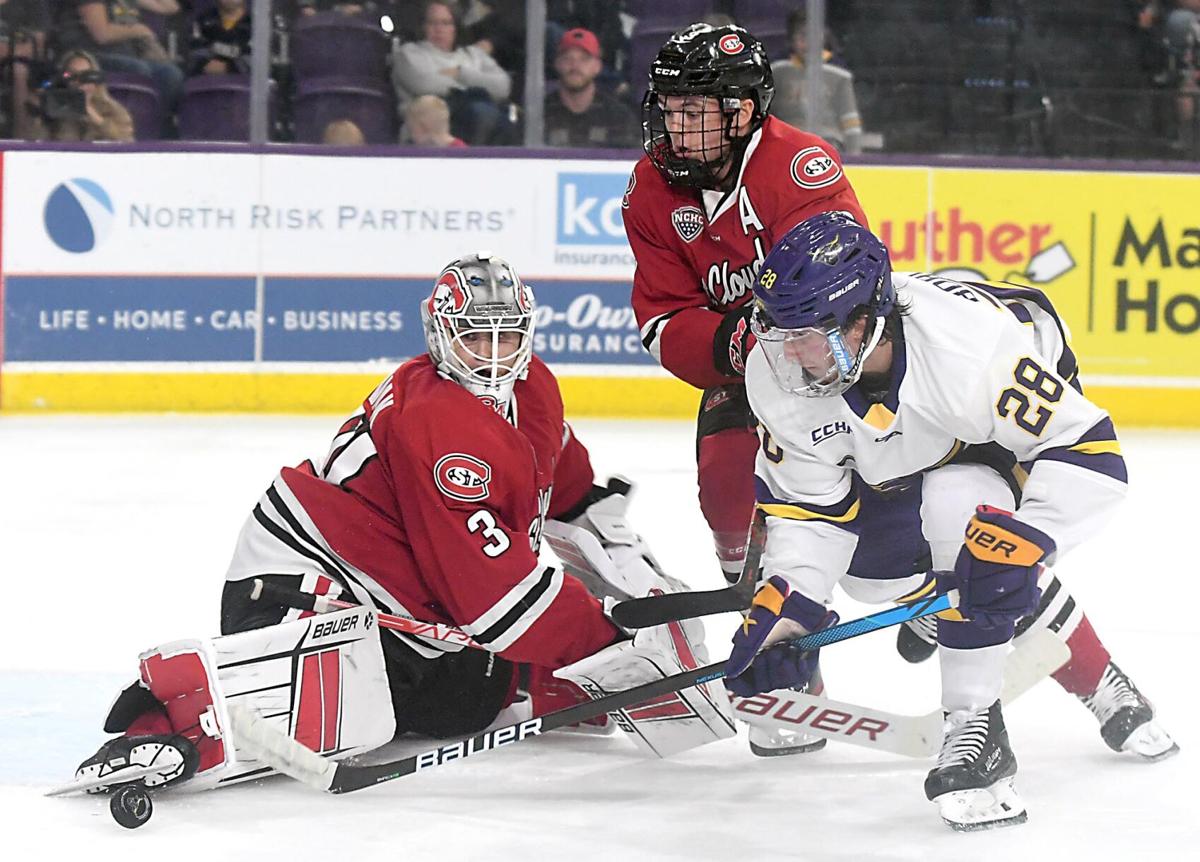 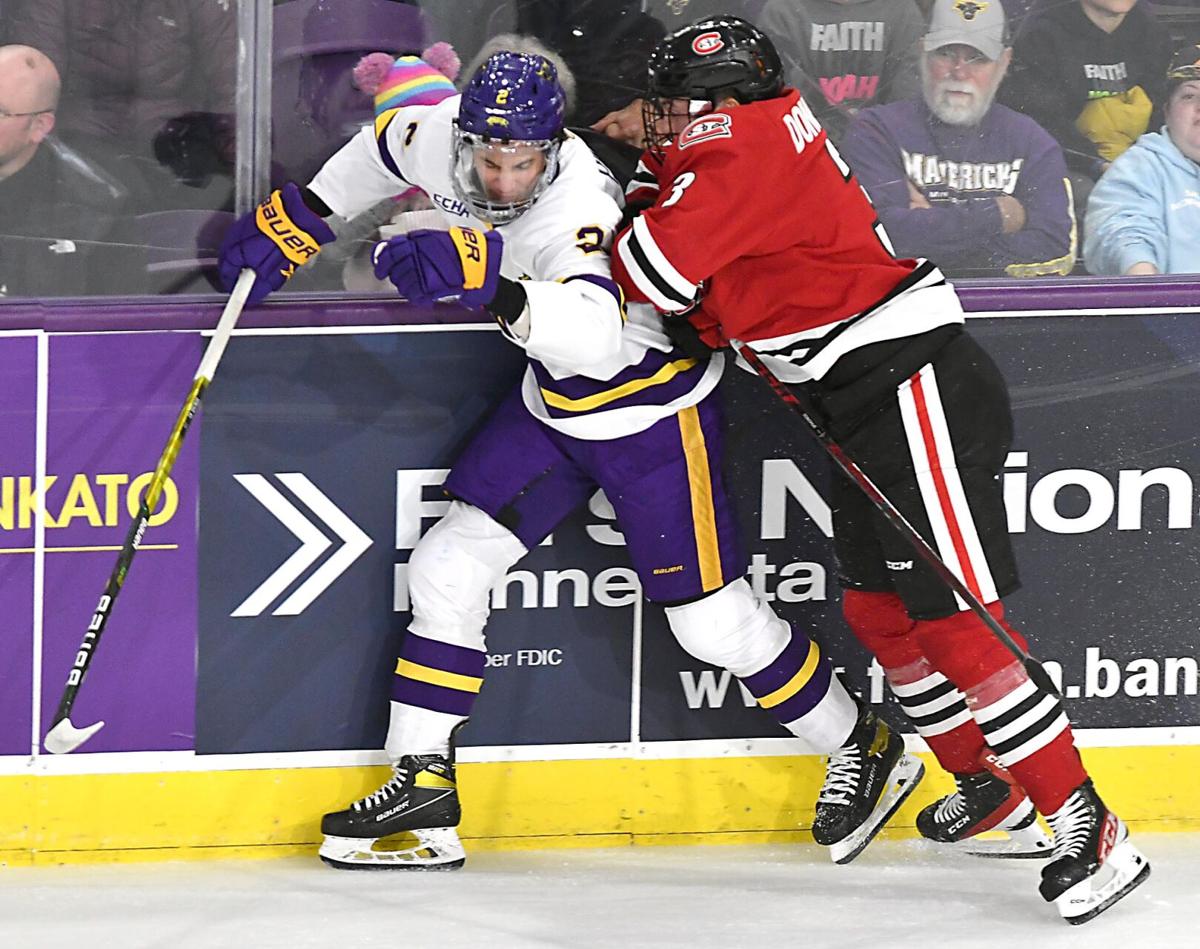 There couldn’t have been much more hype.

A Frozen Four rematch between in-state rivals. No. 1 vs. 2. Fans back at the Mayo Clinic Health System Event Center for real for the first time since March 7, 2020.

If you constructed the perfect early-October nonconference series in a lab, it would look something like this.

“It’s a lot of fun having an atmosphere like we had here tonight,” MSU coach Mike Hastings said. “I want to say thanks to the community and all the students for making this a special place to play. Sometimes you don’t miss something until it’s gone.”

Game 1 lived up to the billing and the 4,555 fans went home happy, as Dryden McKay tied an NCAA record with his 26th career shutout in the Minnesota State men’s hockey team’s 1-0 victory over St. Cloud State on Friday night.

McKay made 20 saves in the shutout, with several massive ones early. St. Cloud State outshot the Mavericks 7-4 in the first before MSU settled in.

“They came out and buzzed us a little bit in the first period, and he gave us a chance to keep it at zero,” Hastings said.

Michigan State’s Ryan Miller has held the NCAA shutout record since 2002. Miller played three seasons with the Spartans from 1999-2002, before going on to have an 18-year NHL career with Buffalo, Anaheim, Vancouver and St. Louis.

“Nobody’s going to put more expectations on Dryden than Dryden. I think that’s why he’s so consistent,” Hastings said. “Happy for him and that’s quite an accomplishment.”

Added Nathan Smith: “For him to get that accomplishment means so much ... he’s carried this program to where we are right now.”

Special teams ended up being the difference.

At 18:55 of the second, Smith scored a power-play goal that ended up being the game-winner. After receiving a feed from Julian Napravnik, Smith wired home a snap shot over the glove of St. Cloud State goaltender David Hrenak.

“I’m excited about him having the success he has because of the work he’s put in,” Hastings said. “He’s playing a complete 200-foot game. ... He’s earned the ice, he’s earned the opportunity, and we need him to keep going.”

The Mavericks had several chances to add insurance goals, but Hrenak continued to make big saves to keep the Huskies in the game.

Shots on goal favored the Mavericks 29-20, with MSU continuing to apply pressure in the closing minutes.