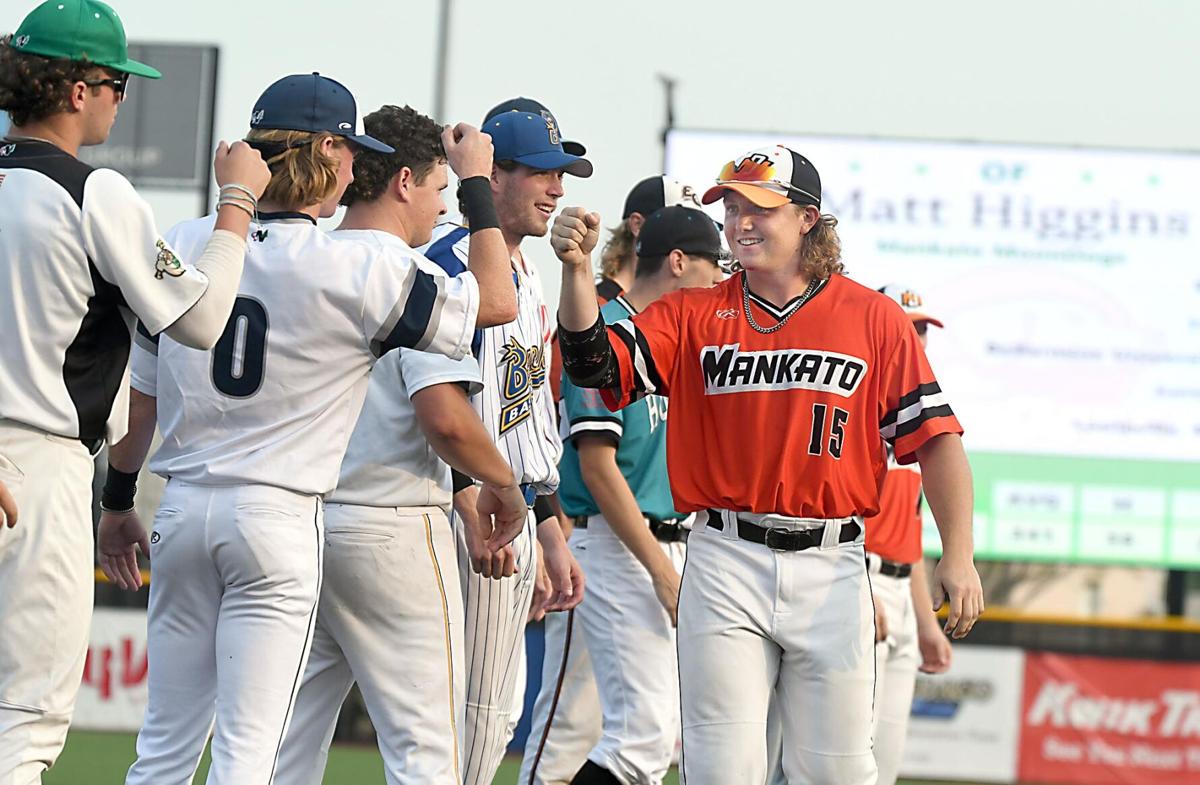 The Mankato MoonDogs’ Matt Higgins is greeted by his Great Plains teammates while being introduced during the Northwoods League All-Star Game on Tuesday at ISG Field. 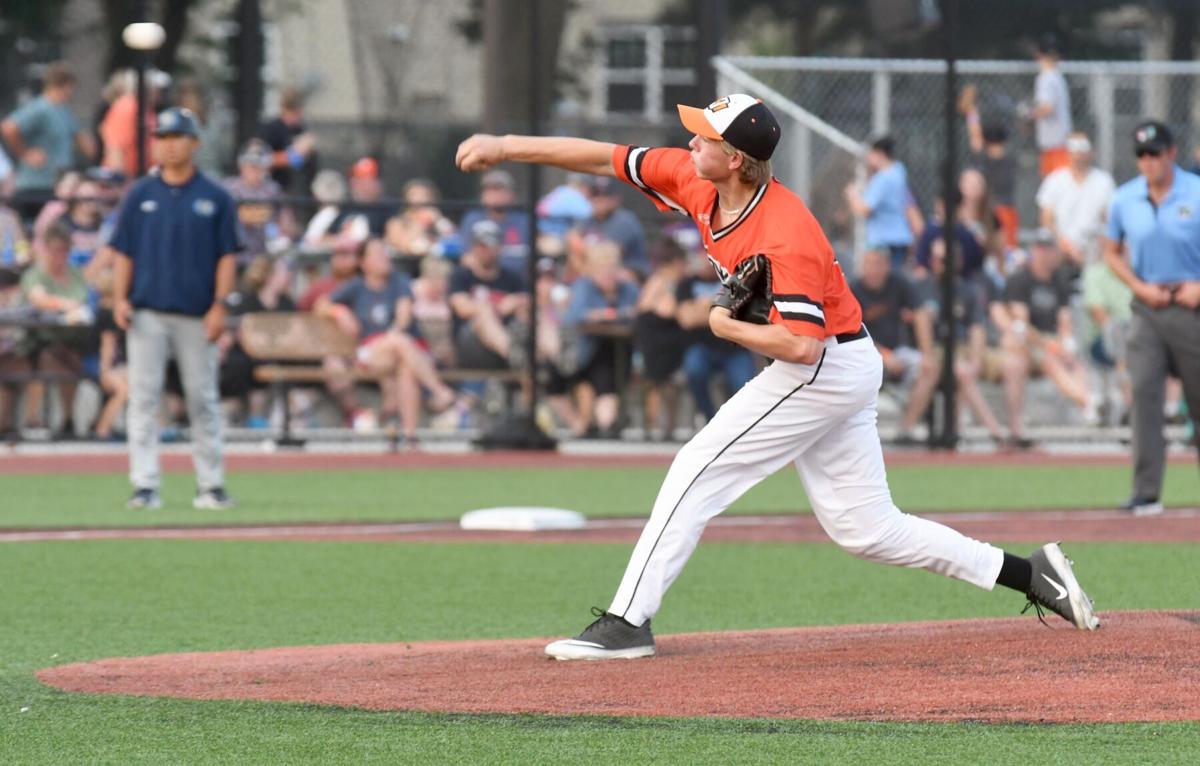 The Mankato MoonDogs’ Blake Reilly delivers a pitch during the first inning of the Northwoods League All-Star Game.

The Mankato MoonDogs’ Matt Higgins is greeted by his Great Plains teammates while being introduced during the Northwoods League All-Star Game on Tuesday at ISG Field.

The Mankato MoonDogs’ Blake Reilly delivers a pitch during the first inning of the Northwoods League All-Star Game.

MANKATO — Blake Reilly met with the manager, who told him Tuesday that he would be the starting pitcher for the Great Plains team at the Northwoods League All-Star Game.

“He said, ‘it’s your town, your fans,’” said Reilly, a starting pitcher for the Mankato MoonDogs. “Would you like to start?’ I said, ‘Yeah, I want it.’ It was awesome.”

Reilly and two of his teammates participated in the Northwoods League All-Star Game on Tuesday at ISG Field. Reilly just pitched the first inning, facing three batters and striking out two.

“I love it when the juices start flowing through my body,” Reilly said. “I don’t think I’ve ever pitched in front of this many fans. My heart is still pounding.”

The Great Plains team, which includes Mankato, defeated Great Lakes 7-3 Tuesday at ISG Field. The attendance was 2,854, which is a record for Northwoods League games at the Mankato ballpark.

Otto Kemp from St. Cloud and Mike Boeve from Duluth each hit solo homers for Great Plains, and Kamron Willman from Bismarck had two RBIs. Caleb Ricketts of St. Cloud and Garrett McGowan of Waterloo also had RBIs.

For Great Lakes, McKay Barney and Chandler Simpson each had an RBI single in the ninth inning.

“It was great,” Pender said. “The stadium was packed out, everybody was cheering for me. That’s the loudest it’s been all year.”

Pender said it was different playing on an All-Star team, rather than with his regular-season teammates.

“Everybody is new, but it’s exciting to play with all these guys that we face all year,” Pender said. “I hear them say, ‘I’m glad you’re doing to them what you do to me,’ so that’s pretty cool.”

There wasn’t much of a chance that outfielder Matthew Higgins was going to top Monday’s performance in the home-run hitting competition. He was the final batter, and with his team down eight homers, he belted 10, including one in bonus as Great Plains won 69-67.

He went 0 for 5 Tuesday, striking out once, but he took a few mighty swings, drawing oohs and aahs from the large crowd.

“It was awesome,” Higgins said. “There was top-level talent out here, doing their thing. Everybody showed why they were chosen to be here.”

Higgins played the entire game, making a nice running catch in right field. Each time he went to the plate, he drew a loud ovation from the home crowd.

“I’ll remember (Monday’s home-run competition) the rest of my life,” he said. “I’m just thankful to everybody who helped to put this on. It was a wonderful experience.”

MoonDogs owner Chad Surprenant said this two-day All-Star event was everything he hoped for when he made the announcement two years ago. The pandemic delayed the All-Star game for one year, but seeing the ballpark full made it all worthwhile.

“You know, it was kind of a two-way street,” he said. “We had to bring this event to the people, and it was a little bit off script. We’re used to selling the big things, the full season, so we had to change the way we do things to adapt to a one-time event.

“But it’s been amazing. Last night (at the home-run competition), it was like eating candy all night long.”