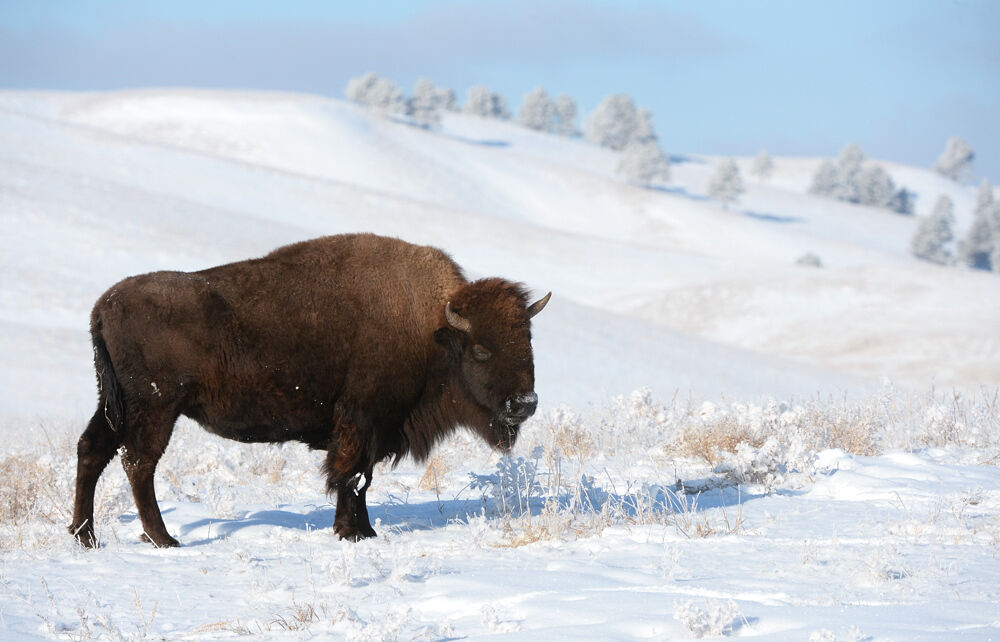 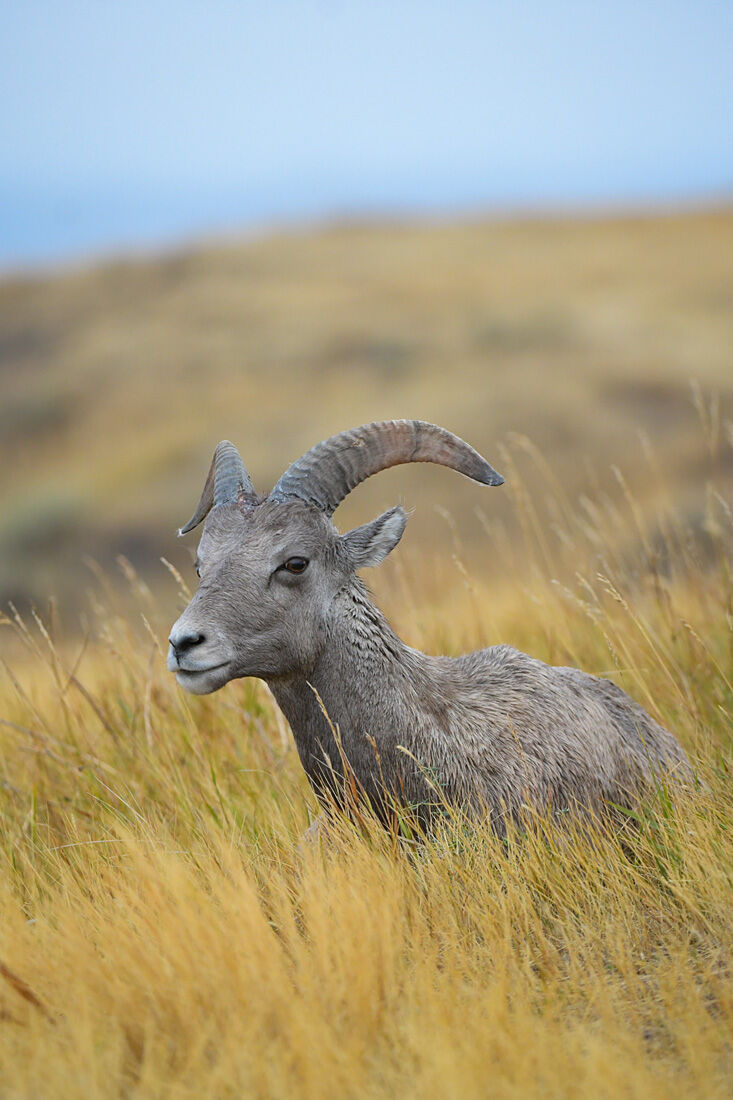 A bighorn sheep takes a siesta in Badlands National Park. Thanks to wise funding of the latest Land, Water and Conservation Act, animals of all species will continue to thrive in our parks and refuges. 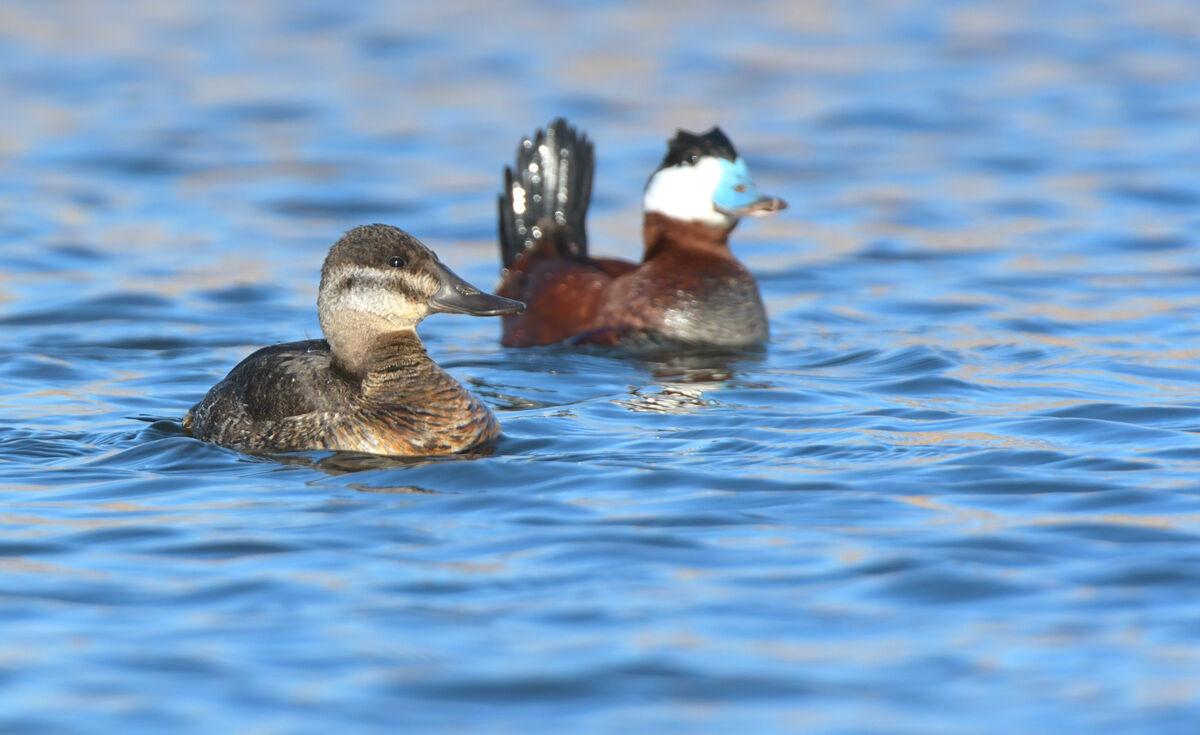 A bighorn sheep takes a siesta in Badlands National Park. Thanks to wise funding of the latest Land, Water and Conservation Act, animals of all species will continue to thrive in our parks and refuges.

In August, 1980, I was subscribing to three newspapers: The Free Press, The Star Tribune, and Pioneer Press.

Forty years ago, that was how folks digested and researched nearly all of their information.

Easing back into a chair and snapping open the paper meant serious study was underway. It may have been a bit more tedious than commanding an electronic device to bring up topics, but arguably, it was more trustworthy and thought consuming.

My reason for having those papers delivered to our downtown shop was critical. I was 18 and about to vote in my first election, a responsibility I wanted to get right. I had been taught that only fools fill a voting booth without proper knowledge to make informed candidate selections. Voting, I had learned from educators and family, was for country, not self-interest.

I was driven as a young outdoorsman, photographer and conservationist. My theory was to vote not for a party, but for candidates best suited to common sense conservation measures, a task that required considerable study.

Of course, other topics like economy and foreign policy were contemplated. After all, the environment would not need attention if it were obliterated by a nuclear event.

Interestingly, in those days, that was actually a real concern.

By the time November rolled around, I had a legal pad chocked full of notes on each race, noting the positives and negatives of each candidate’s stances on the issues I figured most vital for Minnesota and the nation. In the end, my ticket was perfectly split between Democratic and Republican contenders.

Was each selection perfect? No, but to me, conservation matters in Minnesota and the U.S. would be well-served by the folks on my list.

Sadly, in this day of divisive politicking and suspect news sources, independent voting is becoming rare. When it comes to conservation efforts, one-sided thinking like that can derail meaningful progress.

The first has been debated for decades, and this year is no different. Much to the chagrin of lawful gun owners, the incoming administration has proposed several measures to modify current gun statutes. One calls for a 50% federal tax on all firearm purchases and a 30% tax on all ammunition buys.

These taxes are aimed directly at legal gun owners and would have deep economic impact on sporting outlets. Over time, this measure would lead to a reduction in hunter numbers, thus reducing state game department budgets and torpedoing existing excise tax funding of parks and refuges.

The next line item is a law prohibiting anyone from purchasing more than one firearm per month. These proposed laws unfairly target lawful gunowners, who have to complete extensive background checks with every firearm purchase.

What is more, you cannot buy a pistol or a semi-automatic Armalite-type rifle without an additional permit to purchase, which can only be gotten by filling out a long form at a local law enforcement base.

In other words, it is not a simple matter to take possession of these guns.

This is where intense exploration and independent voting creates checks and balances, common sense if you will, to stop unfair legislation. The previous proposals are all there to read on the Biden campaign site.

As a working nature photographer, I find myself at national parks and refuges capturing landscapes and animal behaviors. Without a solid park system or state lands, much of that work would be impossible.

That is why last year’s environmental act was so historic. Thanks to bipartisan senators, $9.5 billion, a previously unheard amount, was funded to our national parks and other public use federal lands. Great news for both wildlife watchers and hunters.

There is a lot more in this bill to embrace: likely yearly funding of The Land, Water and Conservation fund. Among other things, that fund is used to purchase more public use federal lands.

Again, it took teamwork of independently elected folks to accomplish this bill which will serve Americans for decades.

Closer to home, issues like copper-nickel mining have created fervor in northern Minnesota. One mine proposed to be located right at the edge of the BWCA wilderness has garnered most of the attention.

It is no secret that some mining operations have less than stellar reputations caused by undue byproduct ground water contamination. The question for Minnesota voters was, and is, will this mine coexist with a fragile, wilderness environment?

On one hand, the operation may create an economic boom. On the other, it could just as well contaminate a pristine area, one that many Minnesotans hold sovereign.

This is not the first time the Ely area has been led to a hard decision. Years ago, when the economy and taconite mining crashed, some folks sought to turn the town into a gaming community.

I think we can all agree that knowledgeable elected leaders made the right decision to keep the city as a quiet, wilderness destination. Since then, despite consistently high tourism, Ely has retained its quaint, welcoming demeanor.

Examples of disastrous environmental politicking dot our past. Pitting American against American with partisan attacks, silencing dissenting opinions and proliferating false news will never solve anything. Most certainly, hard rhetoric can erode the quality of every American’s way of life.

Even worse, it could lead to ruin of our wild lands and waters, something none of us, regardless of ideology, can live without.