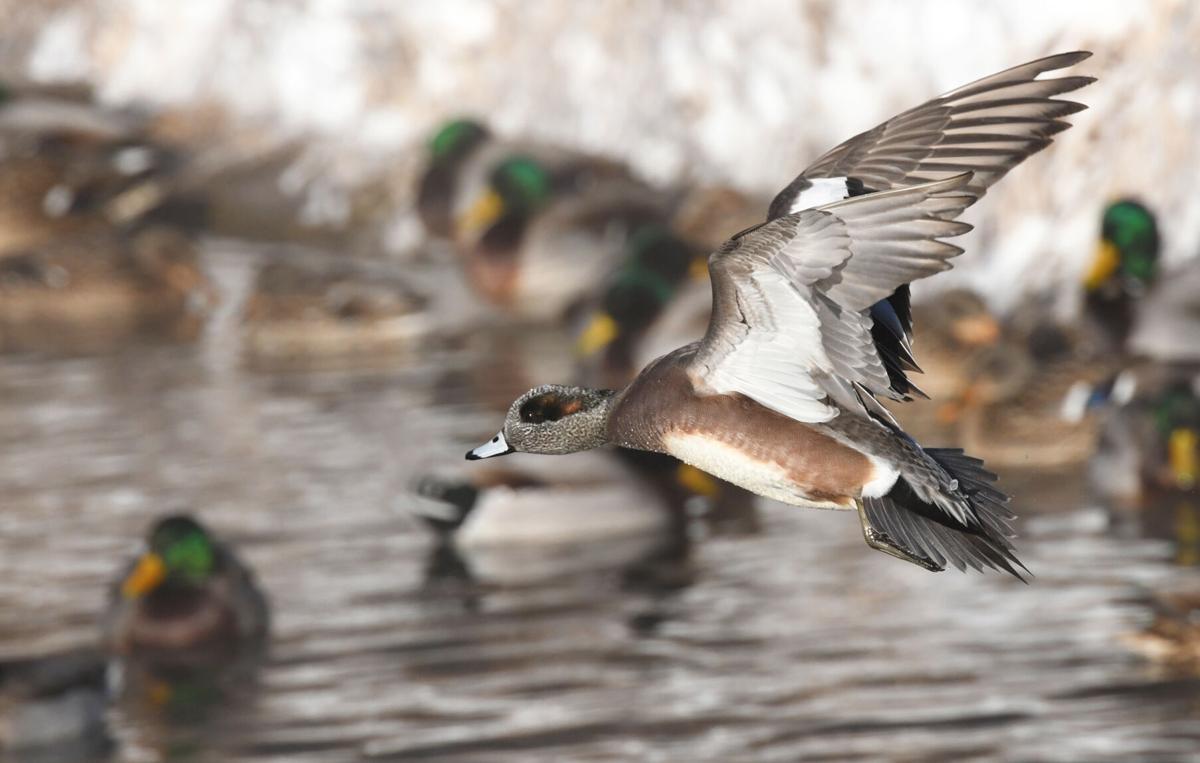 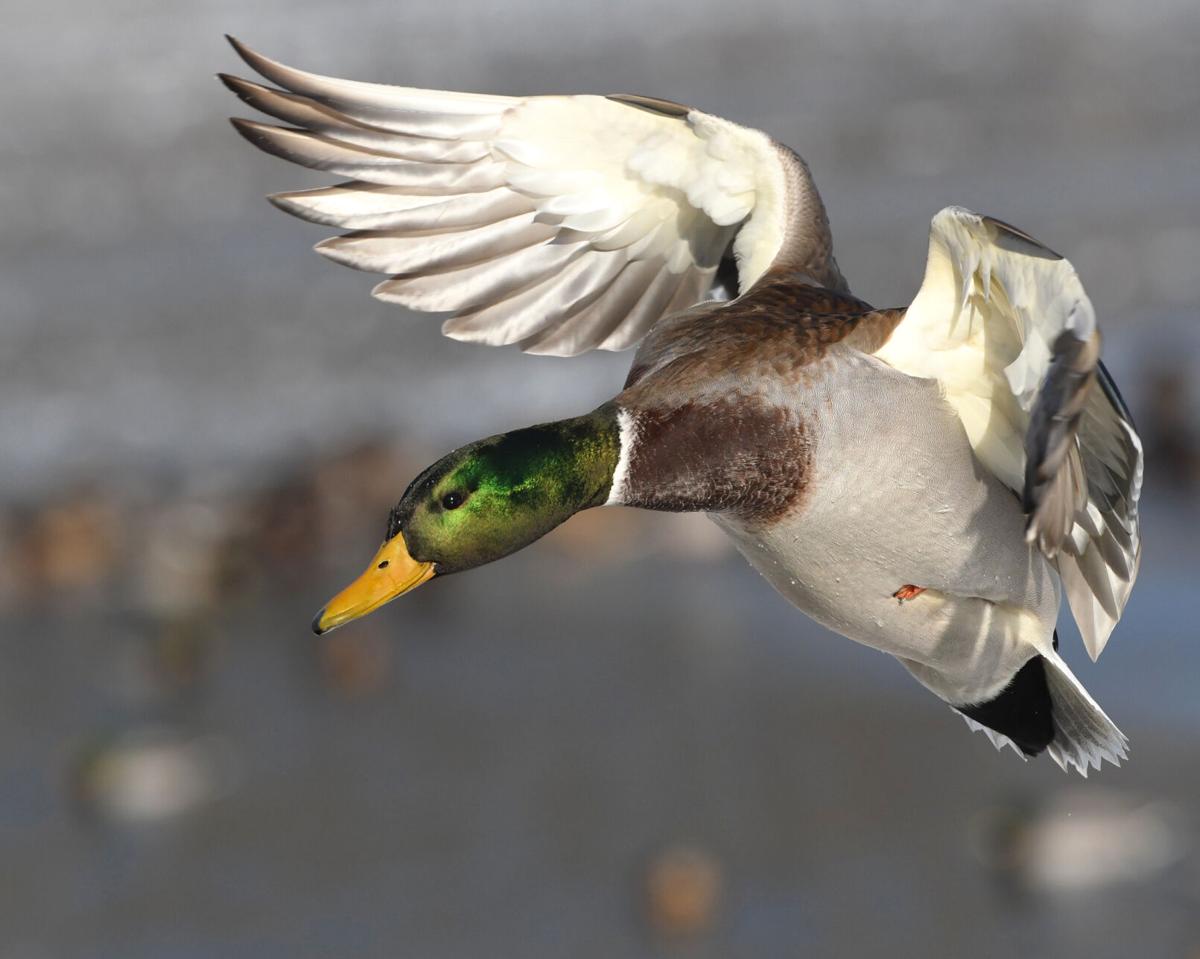 Common, but hardy, a drake mallard returns from a feeding foray to land on an unfrozen backwater river sanctuary. 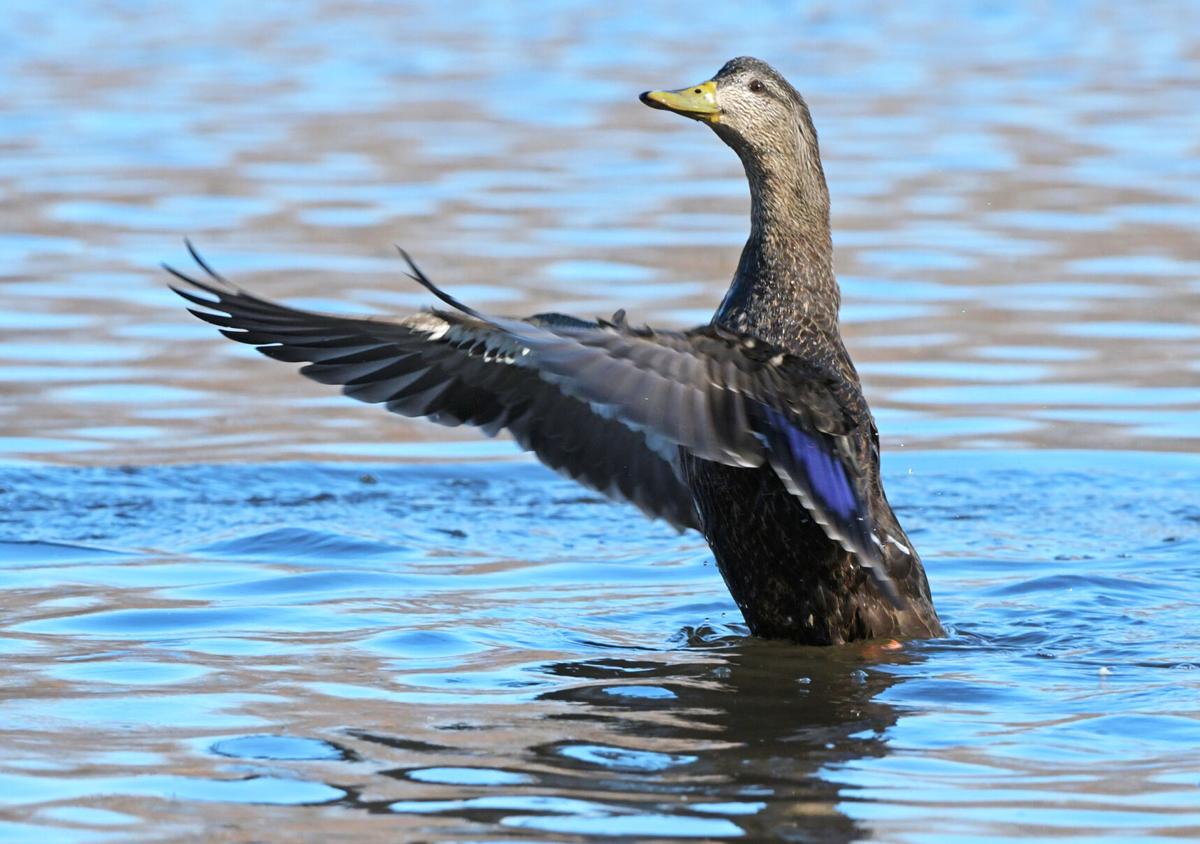 Common, but hardy, a drake mallard returns from a feeding foray to land on an unfrozen backwater river sanctuary.

A temperature of minus-20-something degrees wouldn’t seem like ideal conditions to wildlife watch.

However, the same brutally cold weather that instinctively drives humans onto warm couches to wait out arctic temps can find their wild-dwelling animal counterparts on the move, searching for shelter, food and sometimes even courting future mates.

Searching out winter wildlife can be as easy as taking a drive or hike along the Minnesota River. When temps plunge sufficiently, most of the river freezes over, leaving only restricted sections open.

These open water areas are simple to locate because just like hot springs, the relatively warm water creates an ever-rising fog when sub-zero air crashes into liquid.

Other open water sanctuaries can be created when warm slough or culvert-diverted water flows into the river. These locations are magnets for aquatic birds like ducks and geese. Even when temps nose dive to record lows, open water provides a comfortable respite for animals built to withstand water environments.

During our first polar Saturday deep-freeze of the winter season, I was bemoaning the clouds that greeted me at sunrise. My plan was to hike down to a small pocket of open river water and photograph whatever waterfowl I found. Since overcast days are not suited to bringing out fine feather detail in colorful ducks, I decided to perch on a couch with labs, Cash and Luna and dig into a new book.

The book’s first paragraphs were so engrossing that I barely noticed the small shaft of sunlight sneaking in through the window blinds. When fully aware of the light, I peered through the window at fast-dissolving cloud cover not forecasted by my stand-by weather app.

In seconds, I was dressed in heavy winter gear and out the door. I cursed the sun’s late arrival but was tempered by the fact that winter light, with its low sun angle, can be pleasing nearly all day.

After parking the truck, I walked down to an unfrozen section of river backwater. Through the thick mist I heard a cacophony of calls, from mallards to cackling geese. Above, constant wing beats broke the stillness as waves of mallards spiraled over the cottonwood tree tops to alight on the open pocket of water.

Perhaps the toughest of wintering ducks, these mallards were returning from feeding trips in picked corn fields not yet covered completely in snow pack. It was a situation tailor-made for photographing flight images, but the fog robbed chances to get bright shots of the ducks plumages.

Rarely do I wish for wind, especially when its 18 below. While causing ridiculous wind chill, a breeze would blow off at least some of the image-blocking fog.

There was one section of the pond that wasn’t engulfed in mist. No ducks were flying there, but its surface was covered in previously arrived ducks. Dozens of them.

Parking myself on the bank, I made a slow scan of the duck mass. At first, it seemed as if every duck was a mallard.

But, further scrutiny revealed several gadwalls, a pair of widgeons and, unbelievably, a black duck. It’s not uncommon for mallards to over winter in southern Minnesota, but it’s pretty rare for other duck species, other than common mergansers and goldeneyes, to stay put in an arctic winter.

With thousands of mallard images in my files, I hatched a plan to photograph the widgeons once they arose off the water. With any luck, the gadwalls and black duck would take flight, too.

Those two species were spookiest and stayed at the edge of camera range, so I concentrated on the widgeons.

After grabbing untold number of mallard shots, and a few of the loafing black duck, the widgeons lifted out of the duck throng and miraculously sped by in a wall of nice light. They disappeared around a river bend but were back in seconds, giving me another opportunity to capture them.

I only hoped my frozen fingers manipulated the camera well enough to secure sharp images.

Widgeons nest in the north, and call Canada and Alaska home during the nesting season. Some of these ducks nest in northeastern Minnesota, but the number is limited, as they inhabit a small part of the state in breeding season.

Both hens and drakes are striking with orange-hued flank feathering and jet-black tipped wings. Their eyes are shrouded in a small concentration of black feathers, with males featuring an iridescent green stripe racing from the eye to the back of the head that morphs to an orange smear in winter. The drake I captured had an unusually bright eye stripe that stood out brilliantly as he winged past.

I stood vigil for another hour, waiting for the gadwalls and black duck to take to air. They didn’t, and my fingertips, although encased in highly insulated finger-mittens were frozen enough that I hiked out before frostbite could take hold.

As I stood to leave, hundreds of ducks spooked into the air among a din of alarm quacks. I stood and watched the birds until they circled back and began landing back in their winter sanctuary.

I vowed to return every time the sun shone, no matter how low the temperature dipped, because when it comes to wintering waterfowl, sometimes bitter cold produces the hottest action.