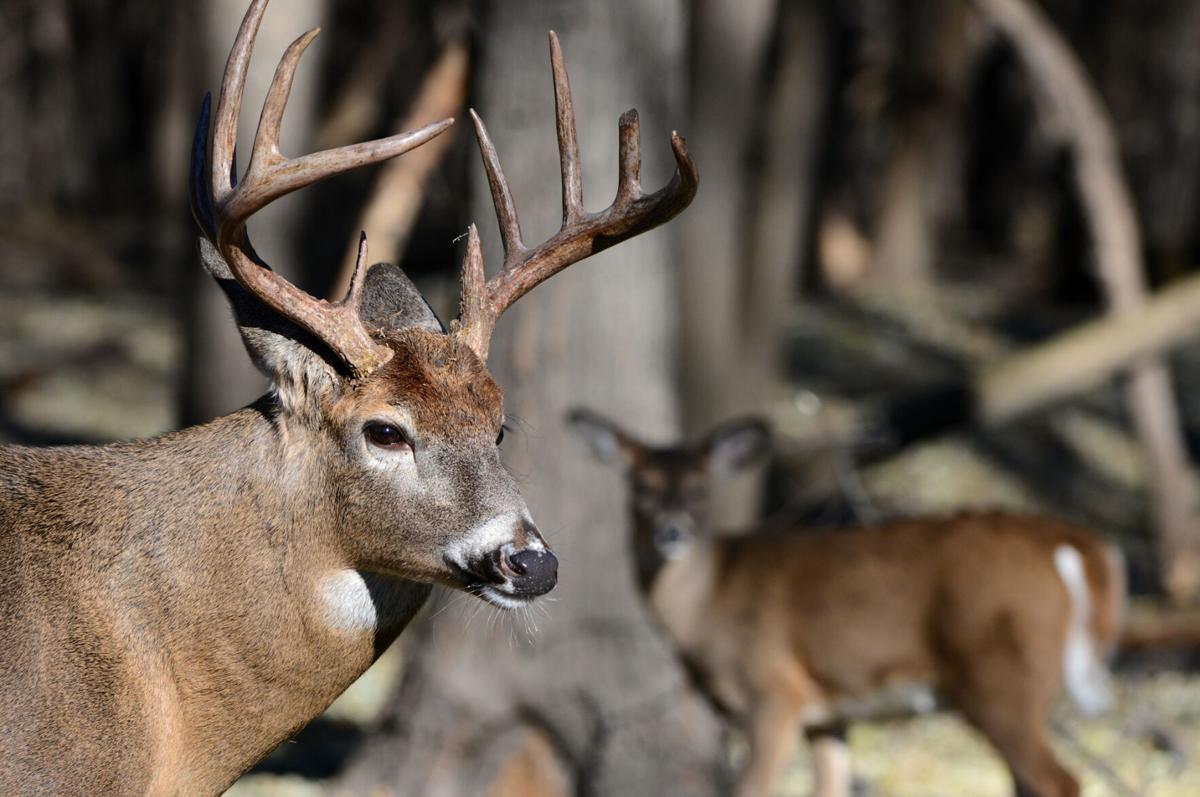 During the rut, bucks are single-minded in their pursuit of does. This can lead to mistakes, upping hunter’s chances at a wary buck. 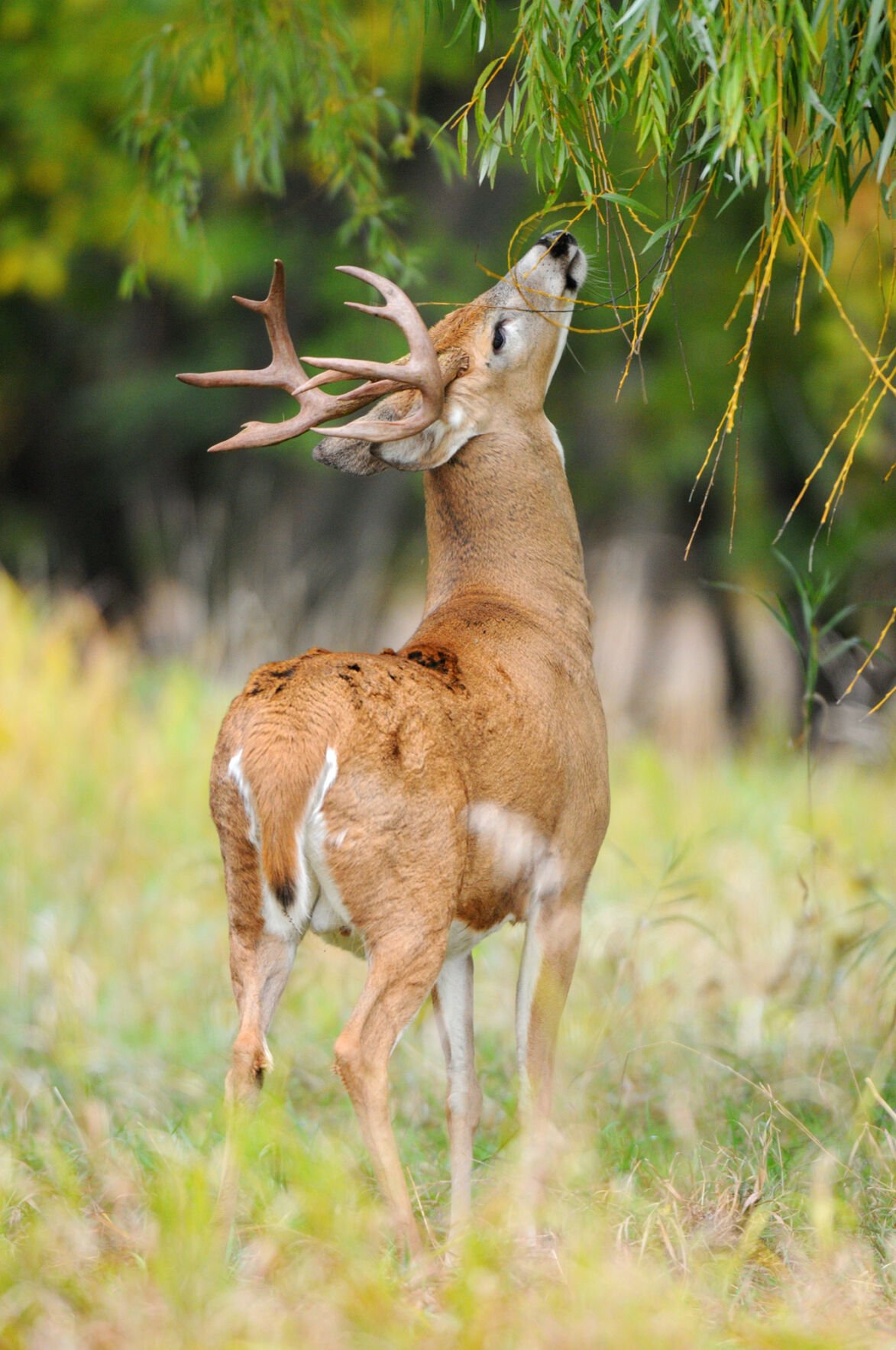 Bucks cover a lot of ground tending scrapes and licking branches during the rut. All that travel by normally reclusive bucks can swing the odds in hunters’ favor. 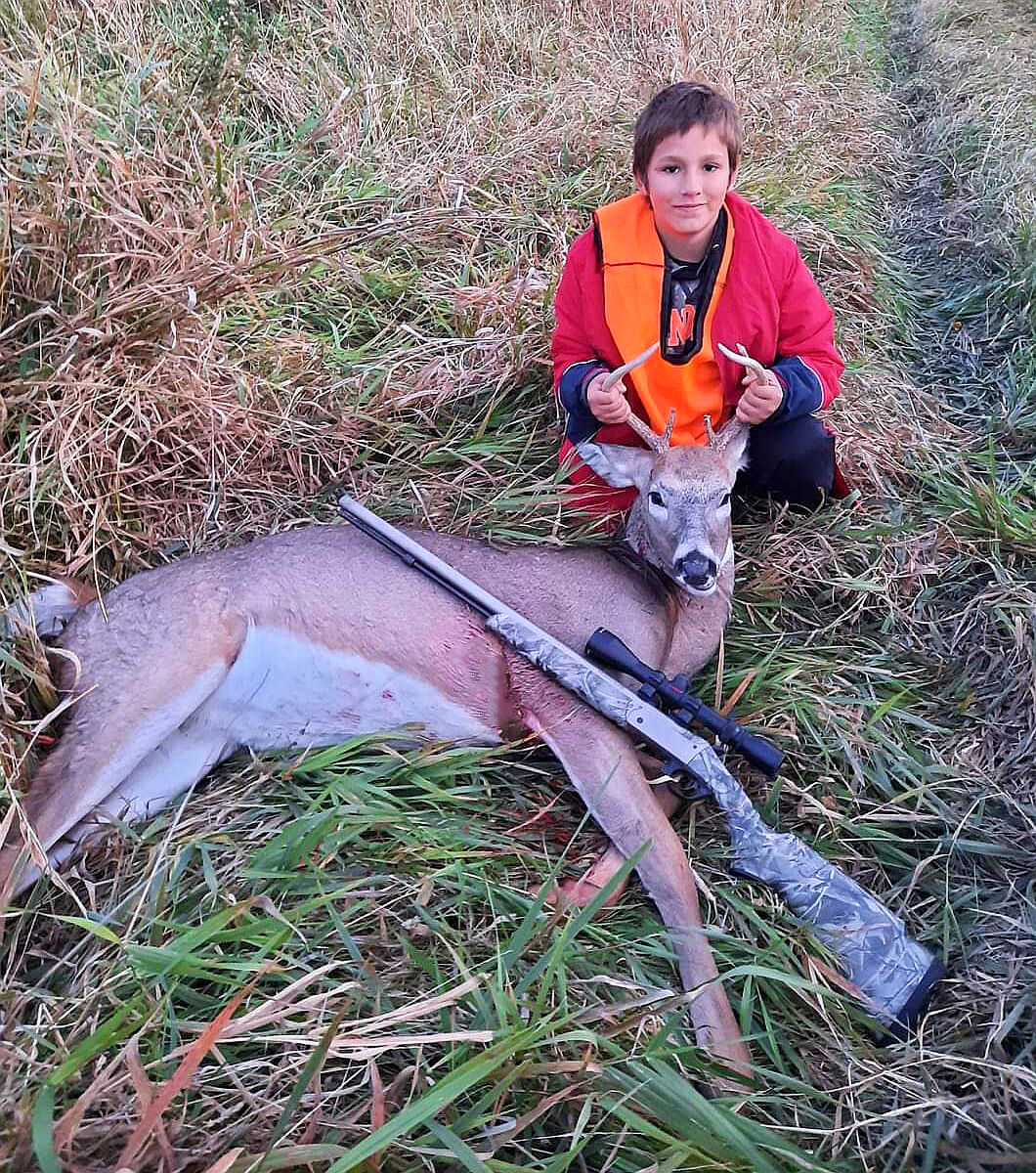 Garet Peterson, 11, of rural Cleveland with a nice buck he harvested during youth firearms season just a few days before his 12th birthday.

During the rut, bucks are single-minded in their pursuit of does. This can lead to mistakes, upping hunter’s chances at a wary buck.

Bucks cover a lot of ground tending scrapes and licking branches during the rut. All that travel by normally reclusive bucks can swing the odds in hunters’ favor.

Garet Peterson, 11, of rural Cleveland with a nice buck he harvested during youth firearms season just a few days before his 12th birthday.

There are few events in hunting that match the exhilaration of watching a thick-necked, rutting whitetail buck ghost out of dark timber and approach your deer stand.

Scenarios like that, unleashing bouts of “buck fever,” unfold innumerable times during Minnesota’s firearms deer season. This year’s deer season should see a lot of hunters looking down their sights while shaking in anticipation of a clean shot at a large buck or meat doe.

Last winter was mild and was followed by a utopian spring in which deer fawns and adults proliferated in the absence of deadly weather. Simply put, this means deer hunters will find more deer.

Besides digesting Minnesota DNR reports on increased deer numbers, my time in the field, and on the roads, has backed up those statistics.

Spending nearly all my free time cruising lonely back roads to photograph or hunt has brought my truck into a bunch of near misses with whitetails crossing those roads in the dark of early mornings. It’s happened so often that I’m taking for granted I’ll hit one of the critters before hunting seasons close.

I certainly hope not, but the deer population in our area has risen to the point where, despite the best defensive driving, I’m convinced it’s just a matter of time.

The enhanced deer numbers, along with the beginning of the rut, contribute to deer moving across roadways. Those stats are also music to deer hunter’s ears as chances to hang a tag on a whitetail are much improved.

The whitetail rut, or breeding season, generally kicks off in mid-October and lasts about a month. While the rut lasts 30 days, it comes in phases with the peak, according to the Minnesota DNR, coming about Nov. 9 in our area.

The firearms deer season kicks off on Saturday, Nov. 7 and runs until Nov. 15 in southern Minnesota. That means hunters will be afield smack-dab in the heat of the rut, so to speak.

Love-struck whitetail bucks can throw caution to the wind when pursuing their carnal interests. That boldness can lead to mistakes, which can bring smiles to happy hunters’ faces and put lean venison in their freezers.

Bucks increase their travel to tend scrapes, which are patches of earth they lay bare with their hooves and then deposit hormone-laden urine scent. Above each scrape is a “licking branch” that bucks cover with pre-orbital eye duct scent.

The combination of high deer densities and opening day falling near peak rut should cause a rise in harvest rates. Unlike past wet falls, most corn crops have been harvested. Whitetail deer wisely use corn fields has security cover, sometimes never leaving the fields. The scales are tipped a bit more in hunters’ favor because that tactic won’t be available to most deer.

Instead, they’ll have use traditional woodlots and sloughs for cover where hunters also hide.

Since the Mankato area resides within the “shotgun” zone, only shorter range, slug-loaded shotguns and muzzleloaders are legal to take deer. Also, all deer hunters must wear bright blaze, either orange or pink, on all clothing above the waist, including caps.

Lastly, every hunter must possess a valid firearms deer license.

The 2020 firearms deer season really kicked off on Oct. 15 when the four-day youth season began. Any youths between the ages of 10 and 17 could take part in the special hunt. Unlike regular firearms deer seasons, youth hunters could harvest a deer of either sex.

There were plenty of deer prowling the Cleveland countryside when 11-year-old Garet Peterson, just a few days from his 12th birthday, and his granddad Richard climbed into one of their spacious 4x5-foot enclosed blinds to wait out a buck. Garet was toting a .50 caliber muzzleloader, so if he got a shot, he’d have only a single cartridge to fire.

When a stocky pre-rut buck appeared only 15 yards from the blind, Garet settled his sight on the deer and calmly fired. Buck fever didn’t seize him while he shot, but like myraid hunters, both young and old, it did afterward. His dad told me Garet trembled for a full five minutes after the shot.

Richard confirmed the shot was solid, and after a short 35-yard tracking job, they found the deer, Garet’s first. It had expired quickly from a textbook heart shot.