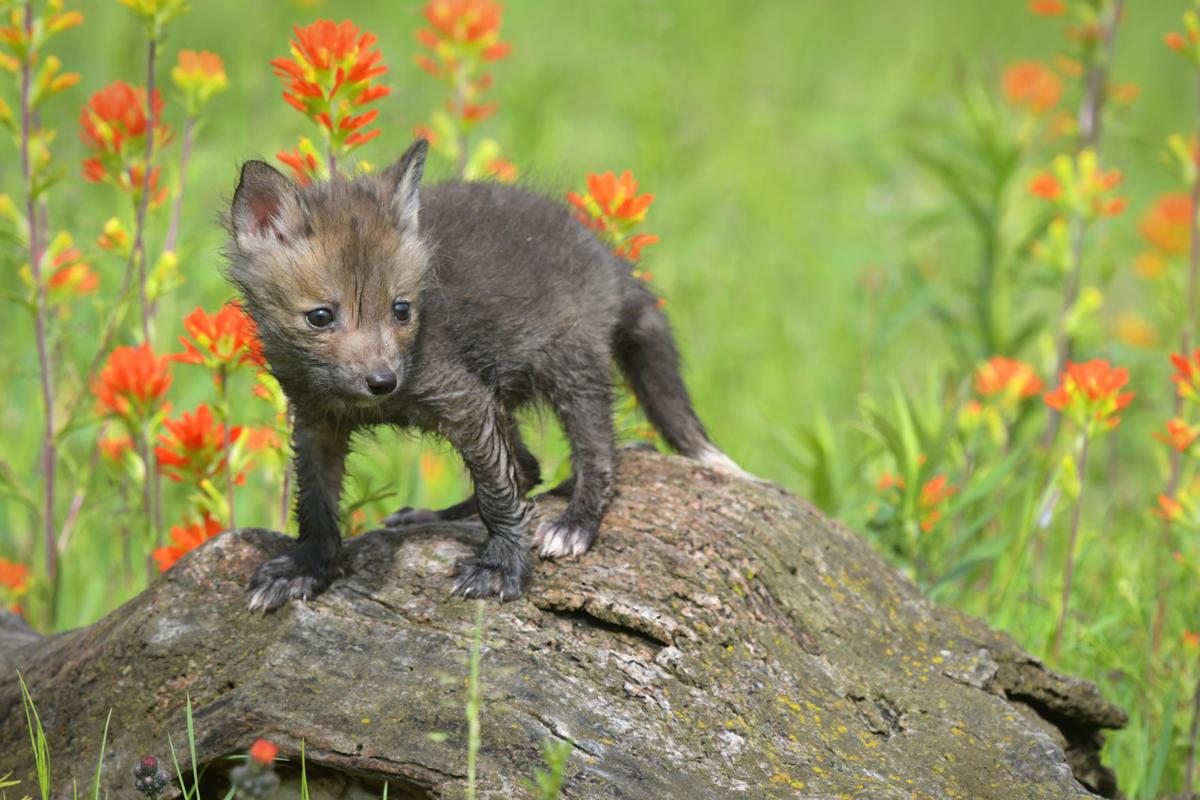 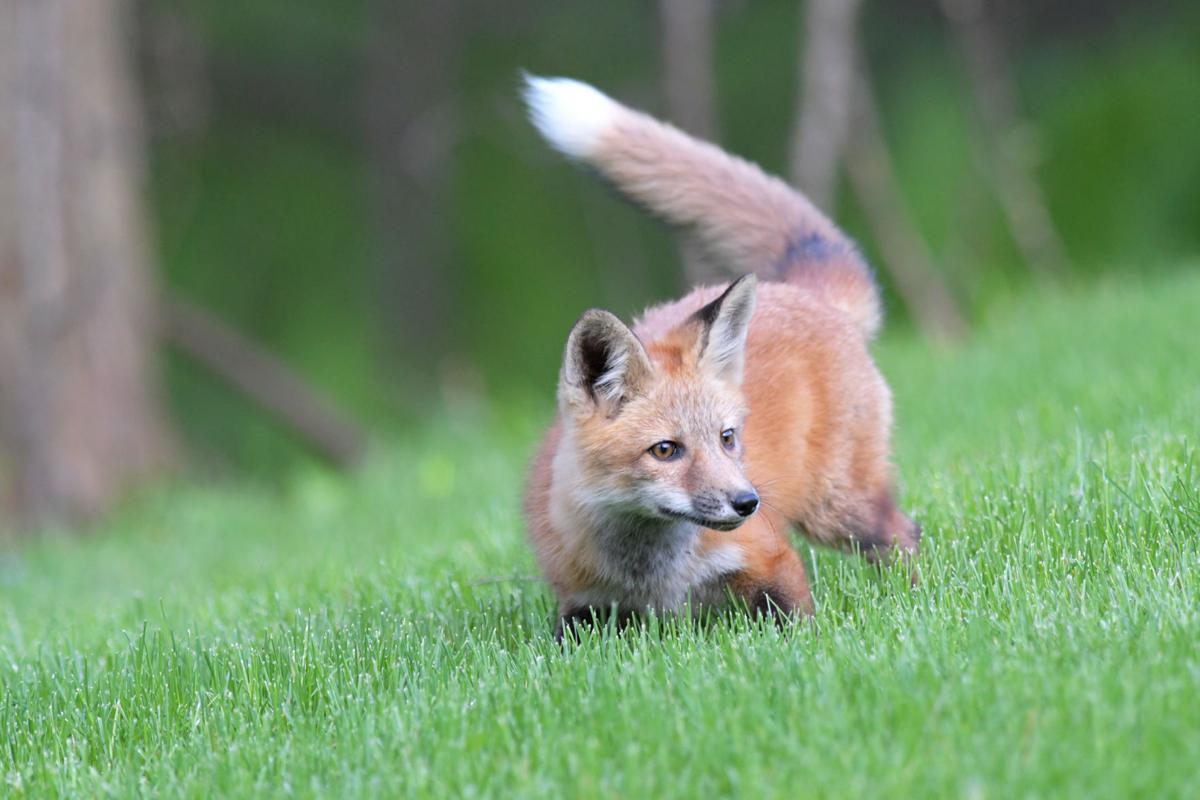 An adult red fox spins after her attentive ears discern the rustling of a field mouse. 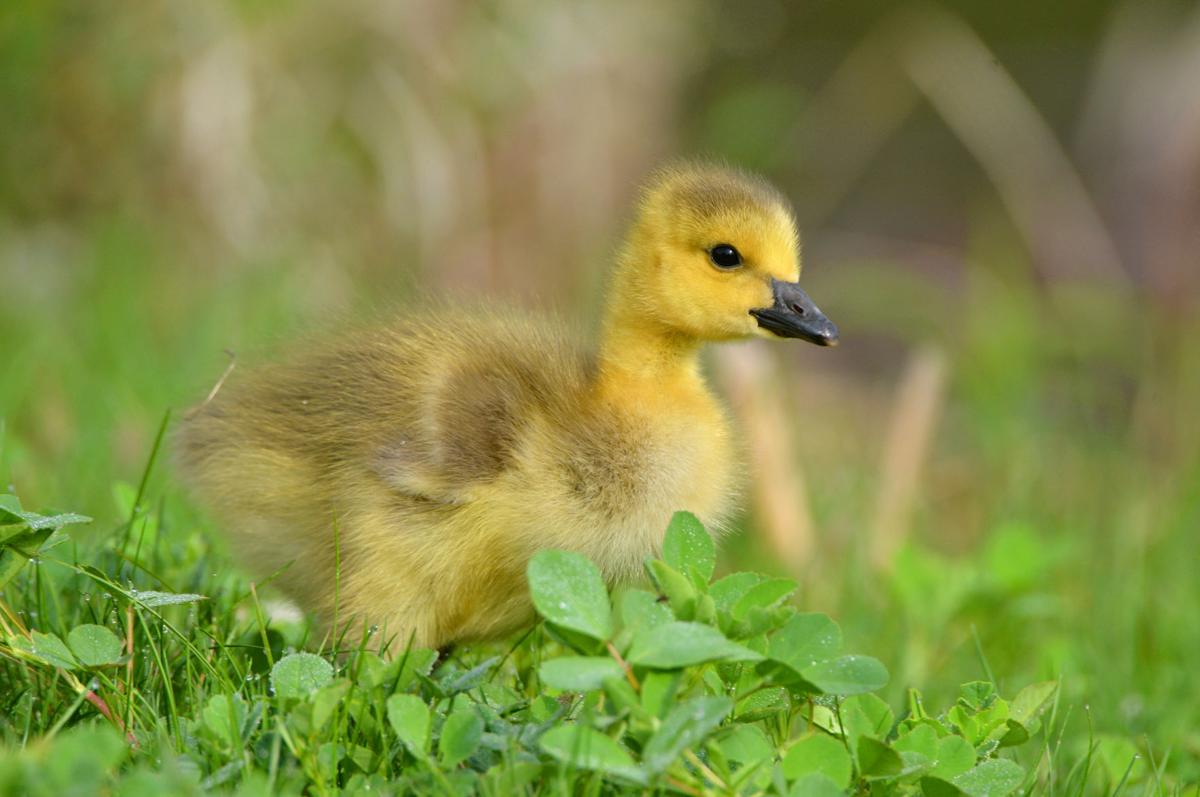 Seemingly too numerous to count, Canada goose chicks make perfect meals for opportunistic foxes to carry back to their kits.

An adult red fox spins after her attentive ears discern the rustling of a field mouse.

Seemingly too numerous to count, Canada goose chicks make perfect meals for opportunistic foxes to carry back to their kits.

The world of wildlife spins on without interruption, even in the face of a pandemic.

Unlike the homo sapiens they sometimes share habitat with, animal species don’t obsess over viruses. No, in springtime, animals of all types busy themselves with just a few habitual goals: locating food, bearing young, and caring for those young once they leave the womb or egg.

Perhaps our most visible Mankato-area animal, Canada geese can be spotted near almost any water hole in and around the city. By now, nearly all of the chicks have hatched, and hundreds of the fuzzy, yellow chicks are cavorting and feeding on lawns, parks and pond edges.

As animal viewing goes, finding geese with young is a slam dunk. It’s no wonder the prolific birds have earned the somewhat demeaning moniker, “sky carp.”

For many, the birds seem to exist only to cover turf and trails with droppings.

While that may be true, the too-numerous birds provide meals for toothy mammalian predators who have young of their own. They also happen to be tasty fair when bagged by hunters after they’ve grown to size in the fall.

Weeks before geese chicks are hatched, red foxes bear kits in litters that can number from a pair to as many as 12. The timing, as far as the foxes are concerned is perfect. Once fox pups are weaned, usually at 4 weeks, they begin to dine on morsels brought to the den by the adults. If their den is located near a waterway, newly arrived Canada geese chicks are on the menu, as are squirrels, song birds and even unlucky, free-roaming house cats.

Red foxes are omnivorous, so they supplement their diets with grasses, fruits and garden vegetables. To the chagrin of avid gardeners, it’s not uncommon for a group of 2- to 3-month-old kits to romp through suburban gardens, gnawing on or eating myriad plants.

For the first month, fox pups don’t resemble their vibrantly red-hued parents. Rather, they sport a dark, dusky black coat that will morph into the familiar red and white by 6 to 7 weeks of age. The pups remain with their all-attentive parents, learning hunting skills until fall when they strike out to locate their own territories.

By 6 months, red fox kits reach near-full size and can be difficult to distinguish from their parents.

I’ve seen many fox kits, but most were ultra-wary and didn’t allow themselves to be photographed. However, one time I got very lucky, stumbling upon a pair of very young kits playing in a meadow. The two foxes were so engrossed in their recreation they didn’t notice me as I lay in the grass photographing them.

At first, their all-black coats fooled me into thinking they were coyote young, but one look at their white tipped tails confirmed their identity. The adorable kits had emerged after a brief rain shower, and the wet foxes scampered atop dead tree, sparring and repeatedly falling off it, only to scramble back on for more play-fighting. Soon after, their mother appeared, and the kits bolted with her to the security of their den.

There’s no doubt that fox kits are high on the adorable list. Unlike many animals, foxes seem to be just as attractive as adults, too. When a red fox is actively hunting, they use every one of their well-honed senses to locate prey. Chief of those is their hearing, which they use to find mice that lurk at the bottom of thick grass fields.

The handsome wild dogs will cock their heads in a signature pose, ears fully perked to lock onto subtle sounds of small prey, before pouncing in a high arc to land on it with lightning speed. When a fox strikes down, it traps the mouse with its paws before quickly scarfing up the delicacy or carrying it back to its den. Foxes carry out their necessary predatory missions with efficiency and good looks.

Besides recording many other animals this spring, I’ve been following the antics of a fox family with 5 kits. So far, the pups have remained shy, running back and diving down the den whenever I approach.

Fortunately, their mother is less shy and has displayed myriad behaviors for me. She has a semi-predictable schedule that may permit me to acquire a sizable folder of images. Even if the pictures on each trip turn out to be similar, I’ll keep going back to make more.

That’s just what happens when you are photographing what could be the most endearing mammal in southern Minnesota.