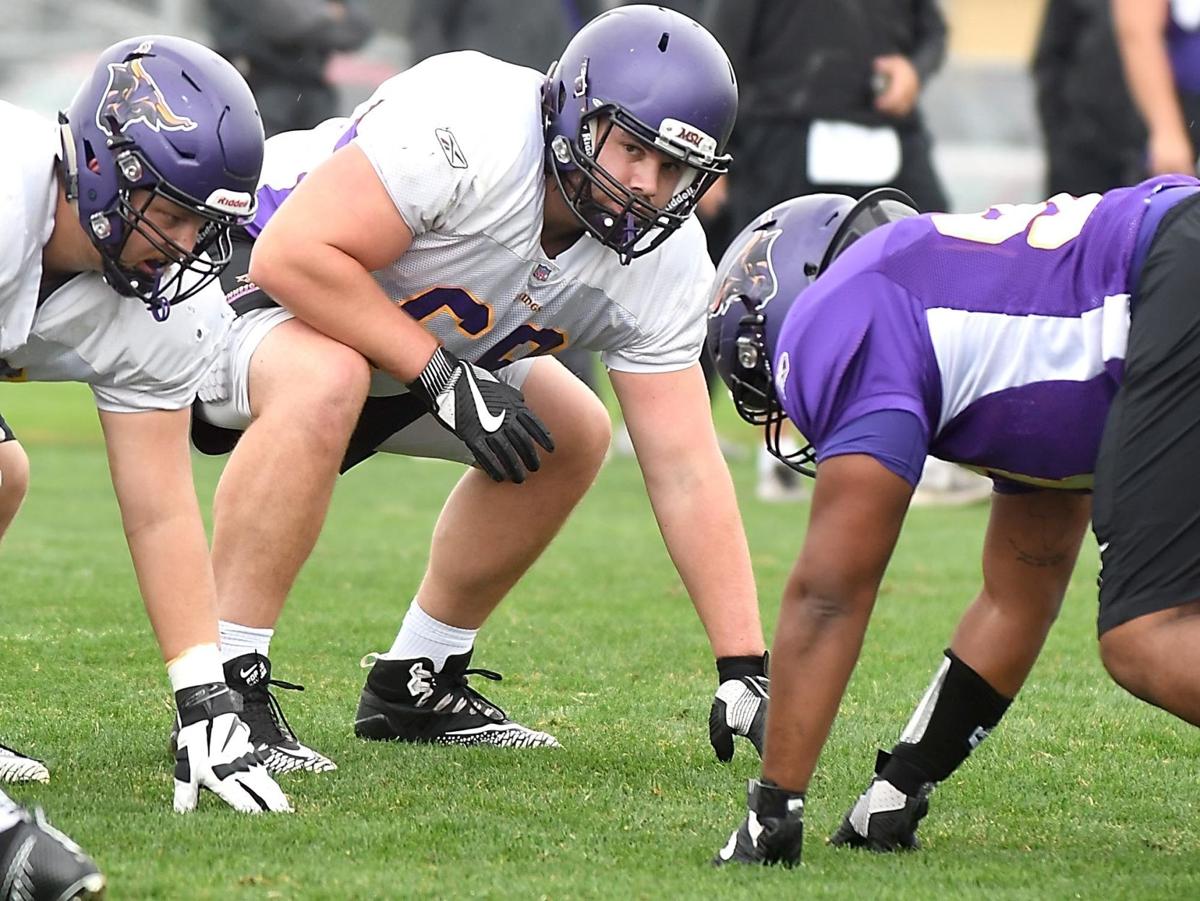 Former Minnesota State lineman Evan Heim is still hoping to get a chance for a workout with NFL teams this summer. 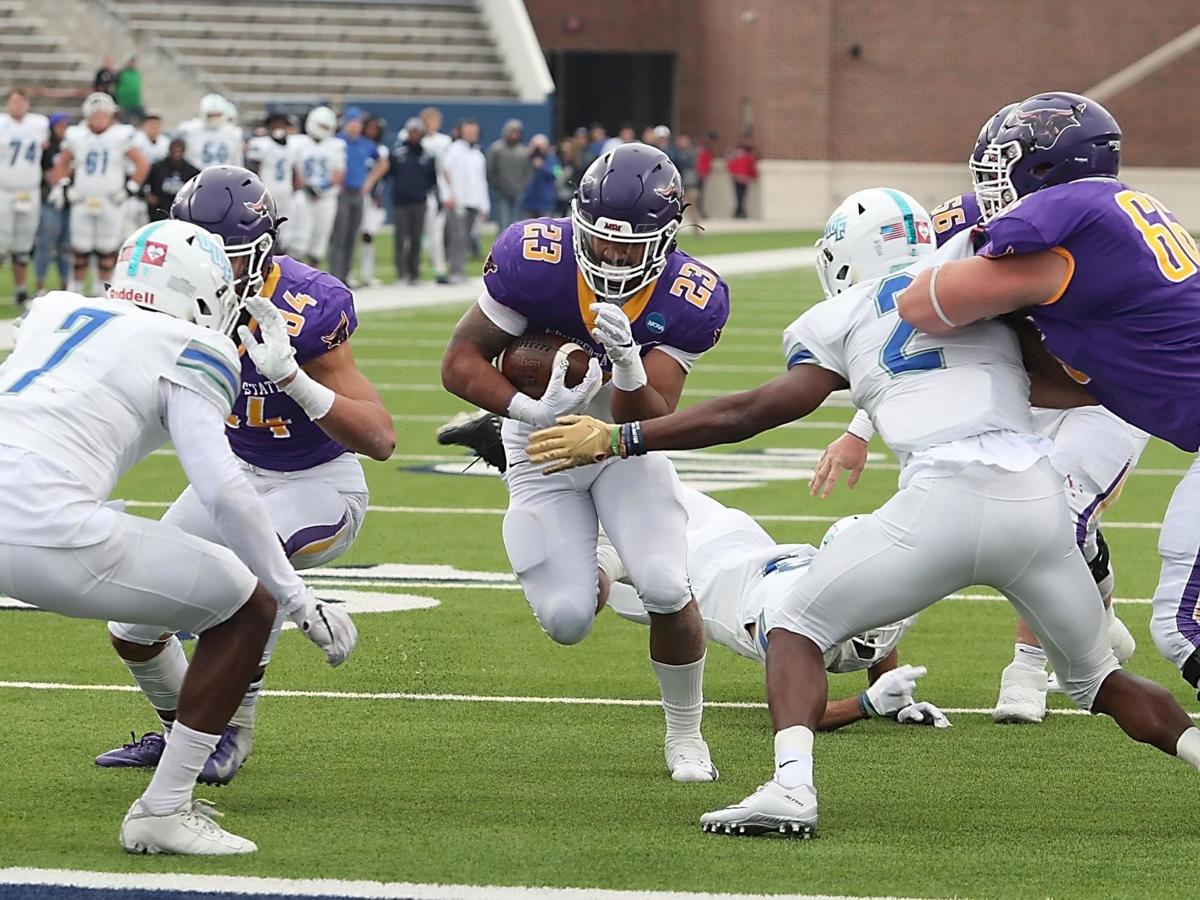 Former Minnesota State running back Nate Gunn has decided to no longer pursue an opportunity to play professional football and concentrate on a career of selling medical devices.

Former Minnesota State lineman Evan Heim is still hoping to get a chance for a workout with NFL teams this summer.

Former Minnesota State running back Nate Gunn has decided to no longer pursue an opportunity to play professional football and concentrate on a career of selling medical devices.

MANKATO — It was a tough weekend, waiting for three days, hoping some NFL team would select him in the draft or sign him as a free agent.

So Sunday morning, Shane Zylstra put in a vigorous workout, trying to relieve the stress of encountering a major hurdle in his dream of playing professional football.

“It was pretty frustrating, not hearing your name called or getting something after the draft,” Zylstra said. “There were a lot of emotions, but honestly, it adds more fuel to the fire and keeps me motivated. I have to keep putting in the work and get ready for any opportunity.”

Zylstra was one of three former Minnesota State football players who had hoped to be drafted or signed as a free agent by now. But so far, the NFL has passed on Zylstra, Evan Heim and Nate Gunn, and most teams have already reached their roster limits.

The three appear to be victims of the COVID-19 pandemic, which forced an offseason shutdown of team operations and didn’t allow NFL teams to have in-person workouts or Pro Days with players who didn’t attend the annual combine.

“The smaller-school guys didn’t have as much film, and most of the Pro Days were cancelled,” said Zylstra, the most prolific receiver in Minnesota State history and an All-American. “I think teams just went with the less-risky players from the big programs.”

So Zylstra has returned to his parents’ house in Spicer, where he works out with his brother Brandon, who has signed with Carolina. If the shutdown passes, and NFL teams are able to give tryouts to unsigned players, Zylstra wants to be prepared. His CFL rights are owned by Edmonton, where his brother played for two seasons before coming to the NFL; that may be an option.

“It’s tough to tell what’s going to happen,” Zylstra said. “I just have to do my best to stay ready.”

Heim, an offensive lineman, is also waiting for the phone to ring. He spent Saturday with his family at DePere, Wisconsin, but his weekend ended with the same frustration.

“It was (crappy),” he said. “You put in all that work from Jan. 1 up to the draft and nothing happens. I always knew it was going to be tough (to get a chance). I just need a chance to get on the field and prove myself.”

Heim said his agent expects some tryout camps to be held in July. Training camps usually begin in late July, though that could change depending on how long the shutdown lasts.

“(Playing professional football) has been my goal growing up,” Heim said. “When I finally do get a chance, I need to be ready.”

Last month, Gunn said he was prepared to move on from football if something didn’t happen this offseason. He’s begun a career selling medical devices, which he said will now take up the majority of his energy.

“I’m still going to train because that’s what I’ve done all my life,” Gunn said. “But the reality has started to set in that (football) might be over.”

Gunn was the most prolific rusher in Minnesota State history, setting records for rushing yards and touchdowns. He never got the chance to work out for the pro scouts.

“We were dealt a crappy hand,” Gunn said. “We didn’t get the chance to show the scouts what we could do.

“But I can’t complain. The game has been good to me. Playing football put me in the position I’m in today. It gave me a chance to graduate with a degree. I’m not bitter just because I didn’t get a chance at the next level. I’ve enjoyed my time, and I’ve made friends that will be friends for the rest of my life. I still talk to my coaches almost every day.”