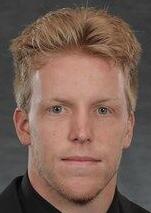 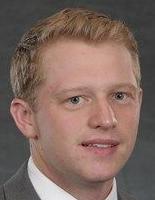 Smith has been named the forward of the month, scoring two goals with three assists in four games in December. He was named the CCHA player of the week after scoring four points, including an overtime game-winner, in a home sweep of Michigan Tech on Dec. 3-4.

McKay, who was also the CCHA goaltender of the month for October and November, went 5-0-0 in December with a 0.99 goals-against average and a .946 save percentage. McKay leads Division I with seven shutouts.

Coach Mike Hastings announced Tuesday that defenseman Campbell Cichosz has signed a national letter of intent to play for the Mavericks.

Cichosz, who is from Albert Lea, is playing his first season with Alaska of the North American Hockey League. In 26 games, Cichosz has three goals and 15 assists.

The righthanded-shooting defenseman spent parts of two seasons with North Iowa of the NA3HL prior to making the jump to the NAHL this season. He was a two-time All-Big Nine Conference selection at Albert Lea, leading the Tigers in scoring as a junior with 28 points in 25 games and scored 24 points in 24 games as a senior.

The Western Collegiate Hockey Association announced Tuesday that Minnesota State junior Calla Frank has been named the goaltender of the month.

Frank led the Mavericks to a 4-1-1 record in December, stopping 140 of 146 shots with a pair of shutouts. She was named WCHA goaltender of the week following the Dec. 10-11 series with St. Cloud State.