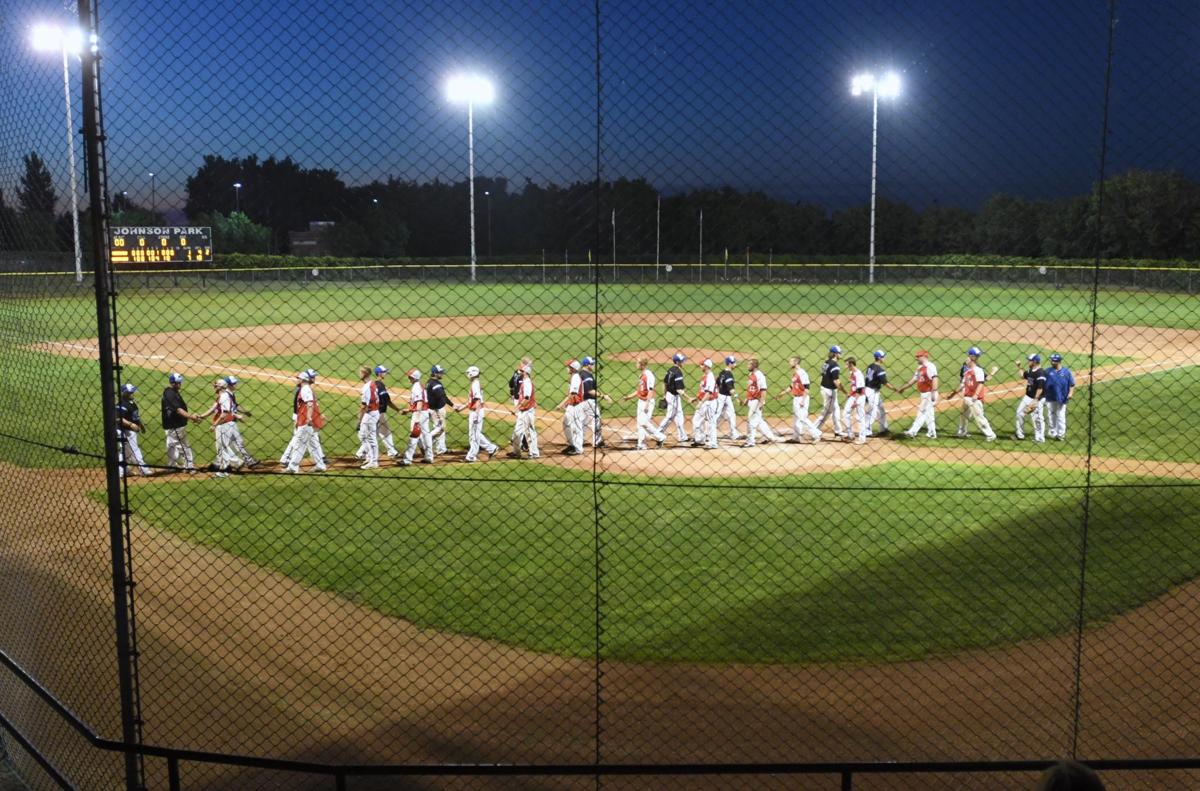 Members of the New Ulm Brewers shake hands with the Gibbon Reds after a 2018 game at Johnson Park. New Ulm is scheduled to host the state amateur baseball tournament later this summer, but COVID-19 has put that in doubt. 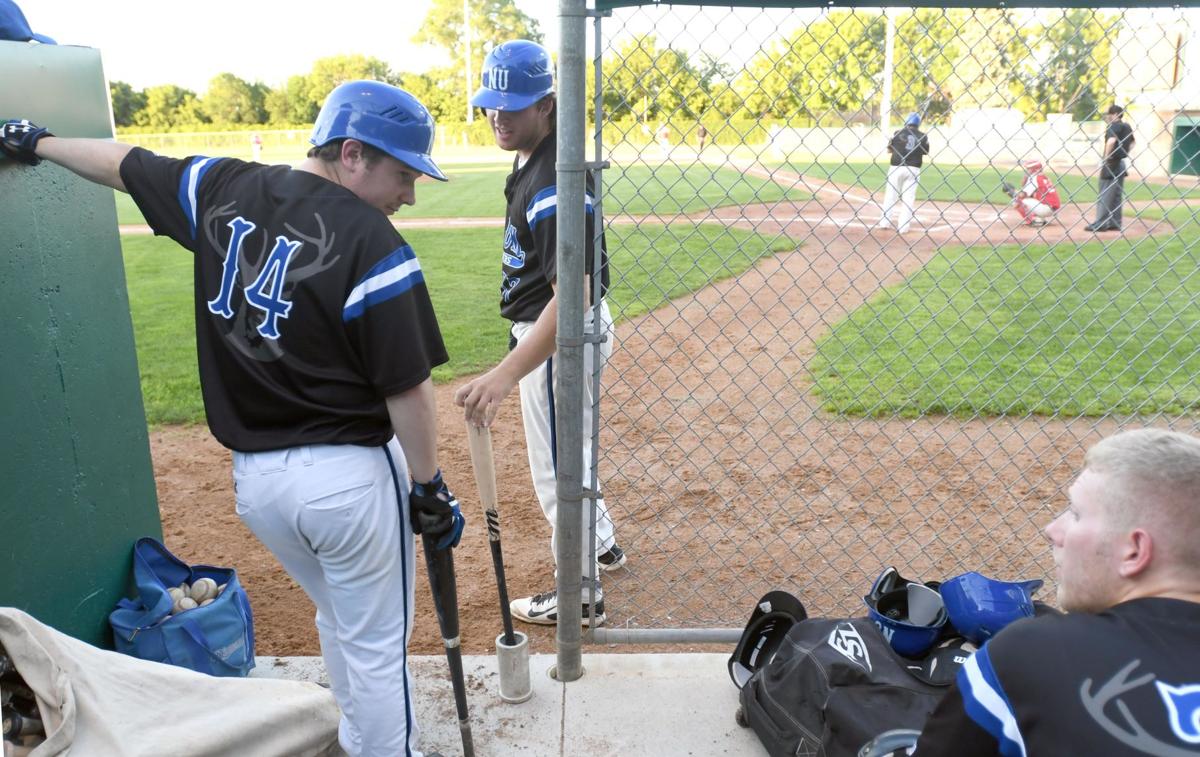 Members of the New Ulm Brewers chat in the dugout during a 2018 game against the Gibbon Reds. Baseball is major part of the community in New Ulm.

Members of the New Ulm Brewers shake hands with the Gibbon Reds after a 2018 game at Johnson Park. New Ulm is scheduled to host the state amateur baseball tournament later this summer, but COVID-19 has put that in doubt.

Members of the New Ulm Brewers chat in the dugout during a 2018 game against the Gibbon Reds. Baseball is major part of the community in New Ulm.

Simply put, baseball is a big deal in New Ulm.

From former big-leaguers Terry Steinbach and Brian Raabe, to the small town with two Legion and VFW teams, the sport has always been part of the community’s fabric.

“Our baseball tradition in this town is rich and deep,” New Ulm Brewers manager Al Flor said. “We’re proud of our heritage, and baseball is at the root of that.”

Like the rest of the state, New Ulm doesn’t have baseball right now. That would’ve been tough to swallow in any year, but this year ... the timing couldn’t have been worse.

New Ulm, along with Springfield, is scheduled to host the annual state amateur baseball tournament for the first time since 1990. The event should bring 64 teams and around 17,000 people to the two communities over three weekends at the end of summer, concluding with the championship games on Labor Day.

With COVID-19 spreading, that’s all up in the air, and that’s bad news on several levels.

“The city of New Ulm has put in about $2 million over the last three years,” New Ulm Baseball Association president Bob Skillings said.

New Ulm’s Johnson and Miller Parks are scheduled to host games, and each have received several upgrades.

Johnson Park, which has a capacity of around 1,300, has a completely renovated grandstand and a new observation deck down the right-field line. It will also have a 50x120 foot tent behind the grandstand for food sales, along with a new concession stand and renovated bathrooms.

Miller Park, which holds about 1,000, now has a shade structure over the grandstand. There’s also a new net backstop to improve fan viewing, along with expanded dugouts and renovated bullpens.

Along with those upgrades, the grass at both parks has been treated in a similar manner to the grass at golf courses, with the hopes improving the surface and drainage.

Because of the cost of hosting, the idea of playing without fans, or at a limited capacity, would be hard on the community. Skillings estimated the tournament was projected to bring at least $1.1 million to the local economy prior to the virus outbreak.

“It’s not not an option, but for what it costs to run that tournament ... it would not be financially smart to do something like that,” Flor said of playing without fans.

If the tournament is canceled, there’s no guarantee the community would get to make up for the lost year, but it does seem likely.

“The state board has had those discussions. They have reassured us that they won’t leave us hanging,” Skillings said.

As things currently stand, sports are completely on hold until June 1, as part of Gov. Tim Walz’ new “Stay Safe Minnesota” order. The Minnesota Amateur Sports Commission is working with various leagues regarding a return to play, and amateur baseball will likely be included in that.

There are still some minor projects that need to be completed, but most of the work on the two New Ulm fields is already finished. So for now, Skillings and Flor will hope their community will eventually get to enjoy the game it loves so much.

“When people think of New Ulm around the state, one of the first things they think of is baseball,” Skillings said. “We’re definitely missing it this year.”