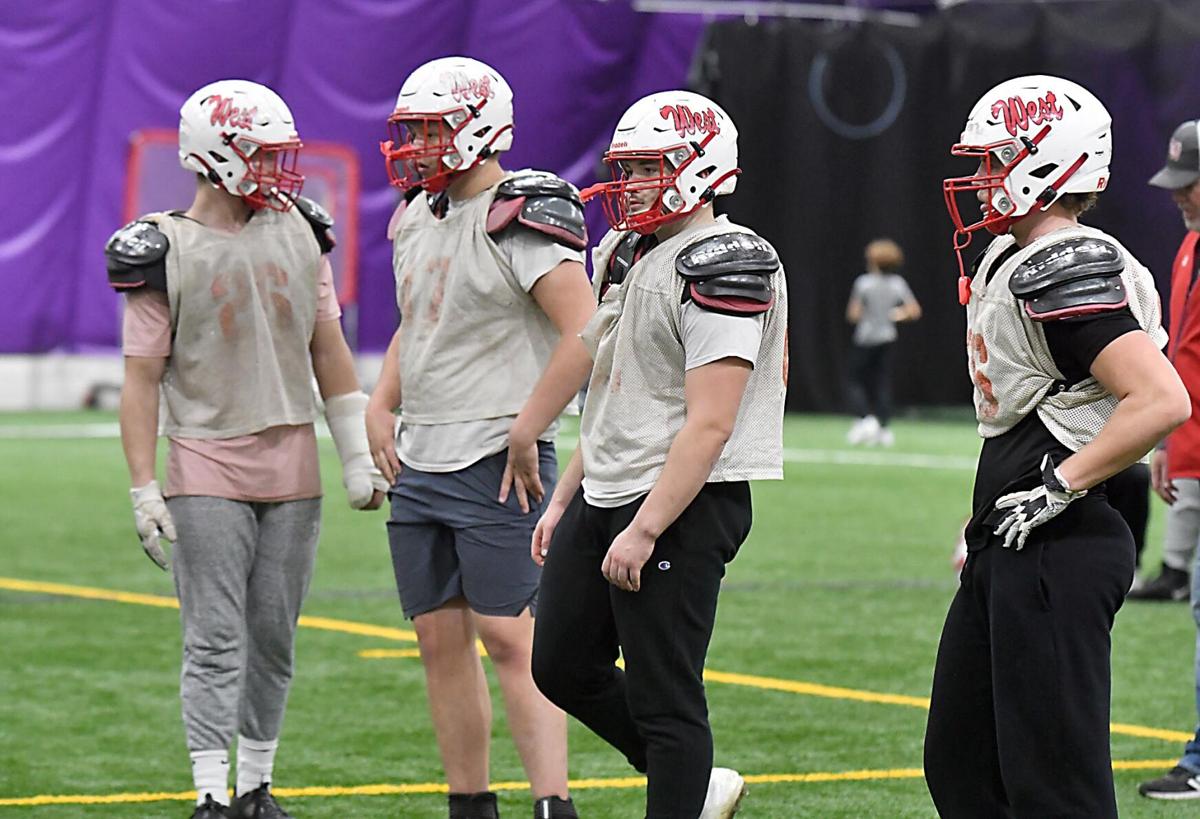 The Mankato West defensive line of (left to right) Gannon Rosenfeld, Brian Larsen, Trenton Fontaine and Gibson Blackstad have been almost impossible to run against, and the defense has 42 sacks in 12 games. 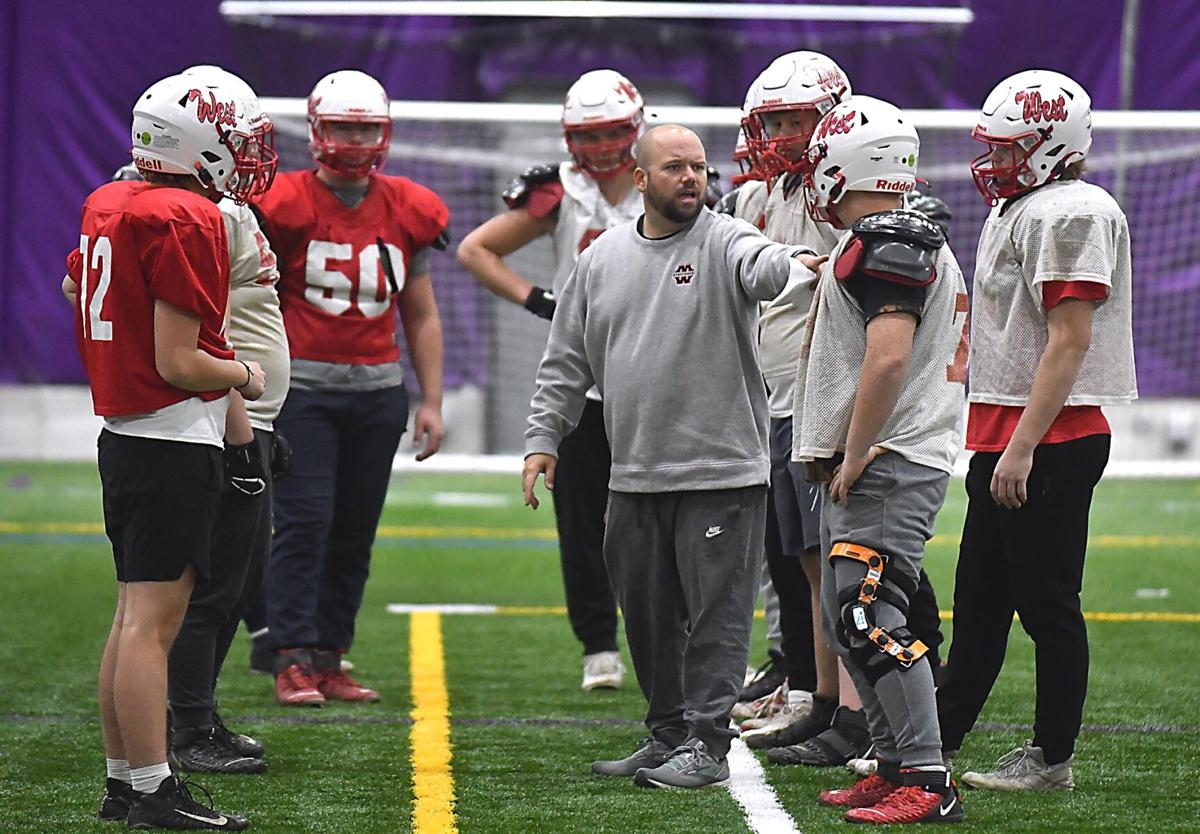 The Mankato West defensive line of (left to right) Gannon Rosenfeld, Brian Larsen, Trenton Fontaine and Gibson Blackstad have been almost impossible to run against, and the defense has 42 sacks in 12 games.

Mankato West wants to run the football, and a veteran, powerful offensive line allows for that.

The Scarlets also want to stop the run, and the defensive front four doesn’t yield much.

Controlling the line of scrimmage, on both sides, is a big reason why the Scarlets are undefeated and ranked No. 1 in Class AAAAA.

The Scarlets (12-0) face Mahtomedi (10-2) in the championship game of the state football playoffs at 4 p.m. Saturday at U.S. Bank Stadium.

The West offense is averaging 43.2 points and 349.3 yards, with 201.5 yards rushing per game, in large part because of the offensive line.

“We want to run the football, and our offensive line is built for that,” West coach J.J. Helget said.

The offensive line is led by a pair of seniors who have started for three seasons: tackle Brock Leider and center Tanner Shumski. The other linemen are senior guards Braeden Smook and Jackson Hicks and sophomore tackle Gage Schmidt.

“We all work hard, and we trust each other,” Leider said. “If we need help, we can ask each other to make sure we do things right.”

Leider started his career as a running back, but he was switched to offensive line as a sophomore. It was a tough position switch at the time, but now he’s blocking for one of the top offensives in Class AAAAA.

“I think it’s benefitted me,” he said. “I’m a starter. If I was still at running back, I don’t think I’d be playing.”

The West defense has also been stout, starting with the front four. With senior defensive ends Gannon Rosenfeld and Gibson Blackstad on the outside, and senior Brian Larsen and junior Trenton Fontaine on the inside.

The defense is yielding just 119.8 yards, including only 70.1 yards rushing, per game, and 4.5 points allowed per game is a program record.

“This is the best defensive line we’ve had in my years here,” Helget said. “We have strength and power in the middle, and with Gibson and Gannon on the outside, they’re grown men.”

In the state semifinal win over Rogers, Blackstad and Rosenfeld combined for three sacks, and Fontaine recovered two fumbles. Larsen made the hit that caused a fumble, which linebacker Ryan Haley recovered in the end zone.

“Our focus as a defensive line is stopping the run,” Fontaine said. “That’s always the first priority, and I think we’ll get the job done again.”

For two years, this group of seniors has dreamed of winning a state championship, having that opportunity taken away last year by the pandemic.

“It would mean everything to win,” Leider said. “We kind of feel like we got ripped off by COVID last year. We’re playing really well, and what better way to finish our last year of playing football.”

As one of the few juniors, Fontaine appreciates the leadership of the seniors and has tried hard to listen to their advice, knowing next season, he’ll be the veteran, helping out a younger player.

“It would be awesome to win,” Fontaine said. “It’s important to help this group of seniors win one. I’ve learned a lot from these guys about playing defensive line and having the right mindset, and it would be a good way for these guys to finish their careers.”