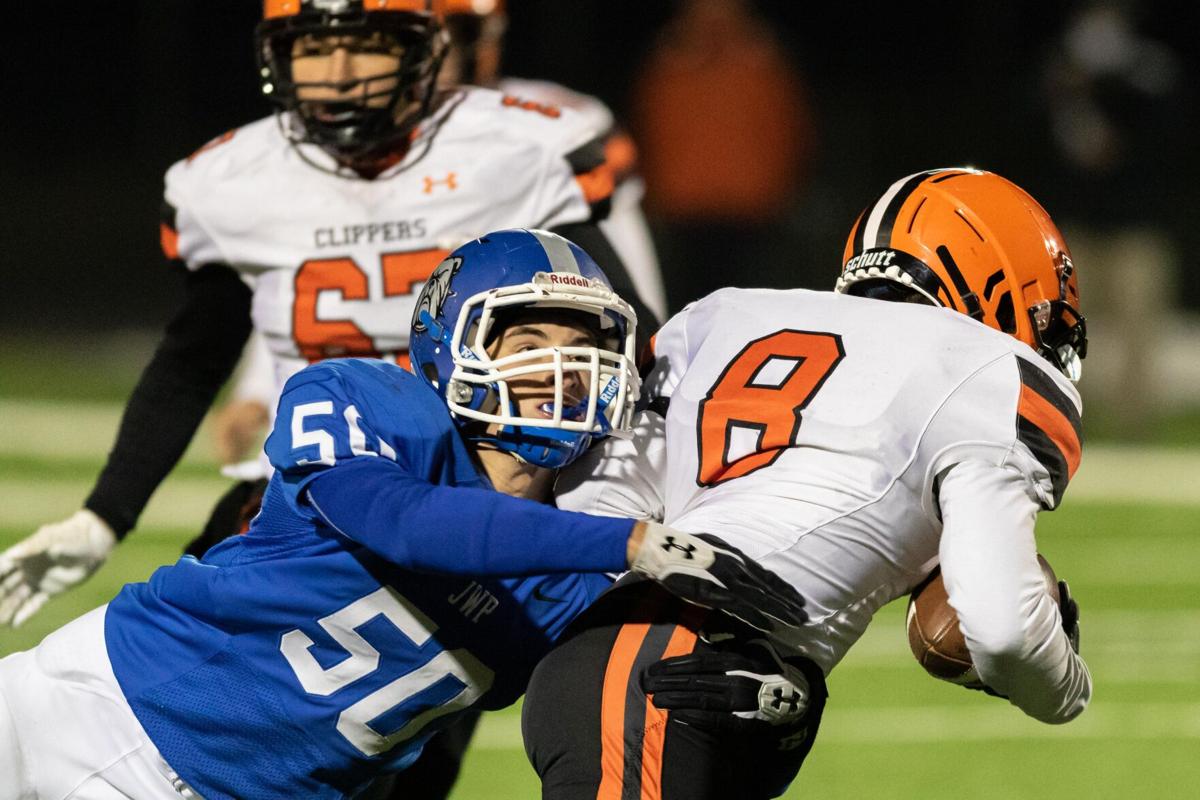 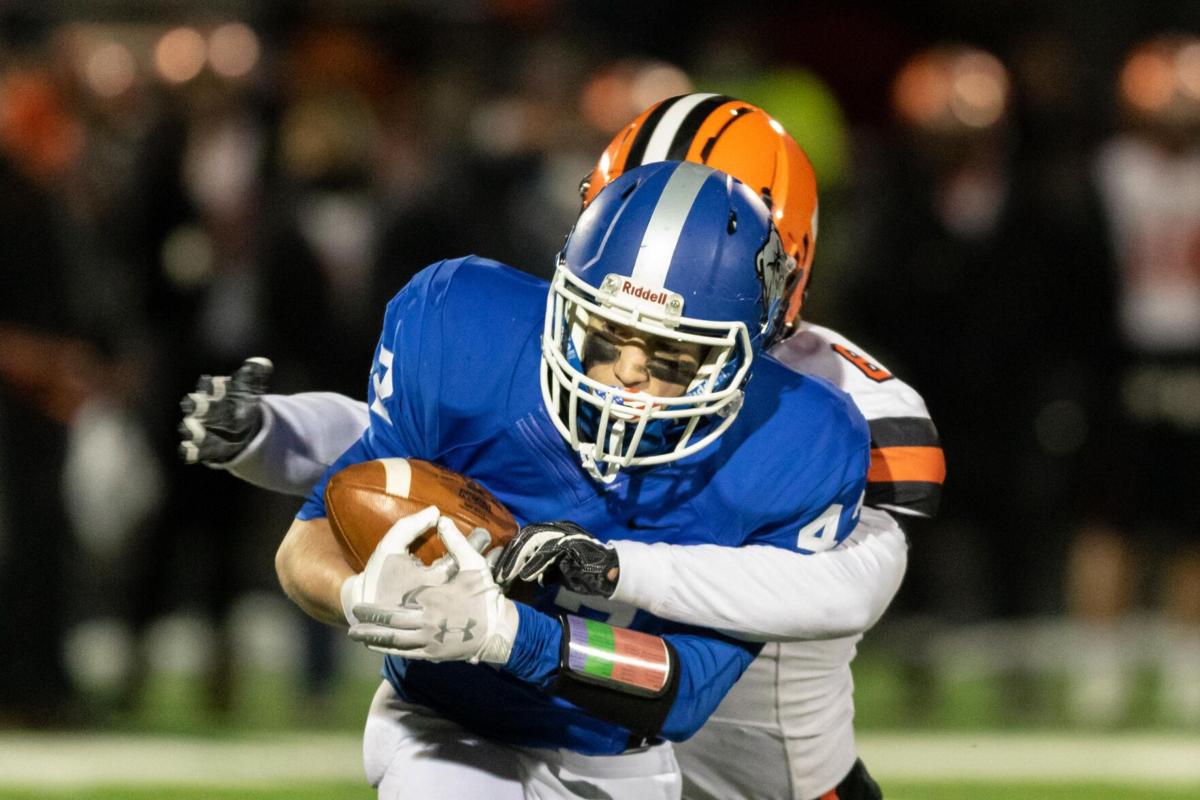 Janesville-Waldorf-Pemberton’s Jack Morsching (front) catches a pass before getting tackled by Cleveland’s Alex McCabe on Friday.

Janesville-Waldorf-Pemberton’s Jack Morsching (front) catches a pass before getting tackled by Cleveland’s Alex McCabe on Friday.

Occasionally, programs will get a good quarterback and flip the script, but it’s usually easier to just put the ball in the best athletes’ gut on handoffs and let them go to work.

It’s a different story for the Cleveland coaching staff, which always features a pass-happy attack.

“Playing late in the year certainly doesn’t benefit us,” Clippers coach Erik Hermanson said of trying to run that passing attack in the cold.

The Clippers never got the passing game into high gear on a below-freezing night, but an early score was all it took, as they topped Janesville-Waldorf-Pemberton 8-0 Friday on the turf at Janesville.

After the Bulldogs went 3-and-out on the game’s first possession, the Clippers got the only score of the game on the ensuing possession.

Clippers quarterback Alex McCabe connected with Isaac Mueller for a 33-yard completion, before finishing off the drive with a 23-yard strike to Carter Dylla for the touchdown. McCabe scrambled into the end zone to add on the 2-point conversion.

In the first half, McCabe went 6 of 14 for 127 yards, with most of that coming in the first quarter.

As the cold started to take its toll, the game turned into a slog, as the Clippers went to their ground game.

“It’s tough to pass when it’s 30 degrees,” McCabe said with a laugh. “Especially with the size of my hands.”

The JWP offense struggled to establish the run throughout the night. The Bulldogs only got five first downs in the game and turned the ball over four times. For the Clippers, Mueller and Dylla each had interceptions.

JWP’s best chance to score came when Jack Morsching got behind the defense on a deep pattern out of the slot, but the ball from Bulldogs’ quarterback Karson Lindsay was slightly underthrown.

For the Clippers, it’s been struggle all year from a numbers standpoint. In the summer, Hermanson’s roster size was in the 40s, but that slowly shrunk throughout the fall. Against the Bulldogs, it was down into the 20s, something that made the win even more sweet.

“They’ve gotten better every week,” Hermanson said. “This is their payoff against our absolute arch-rival”