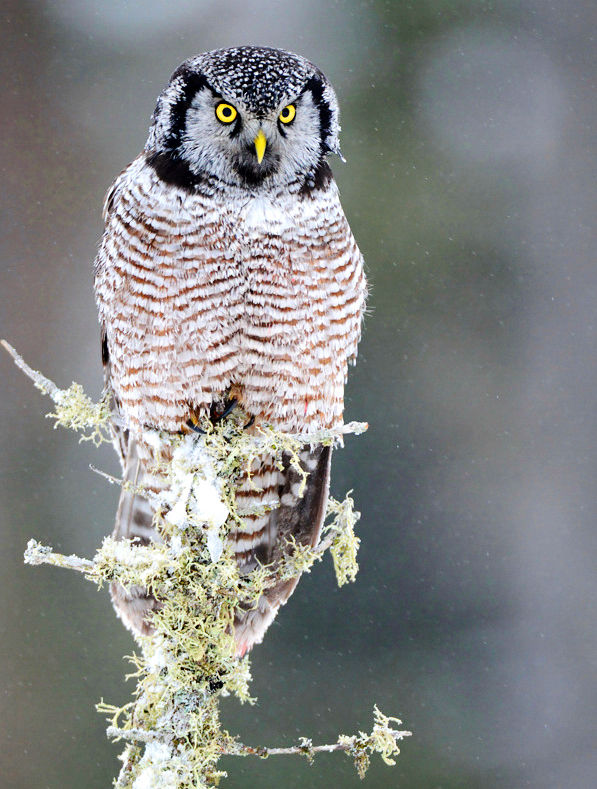 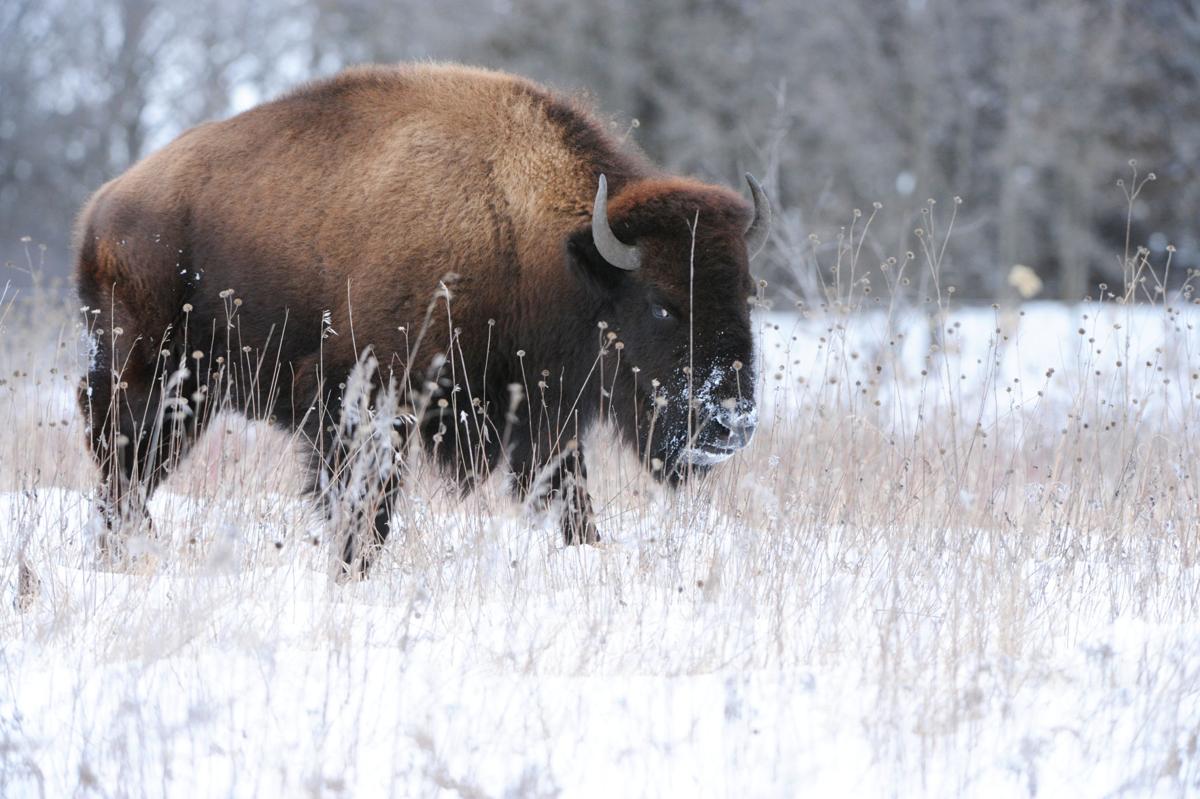 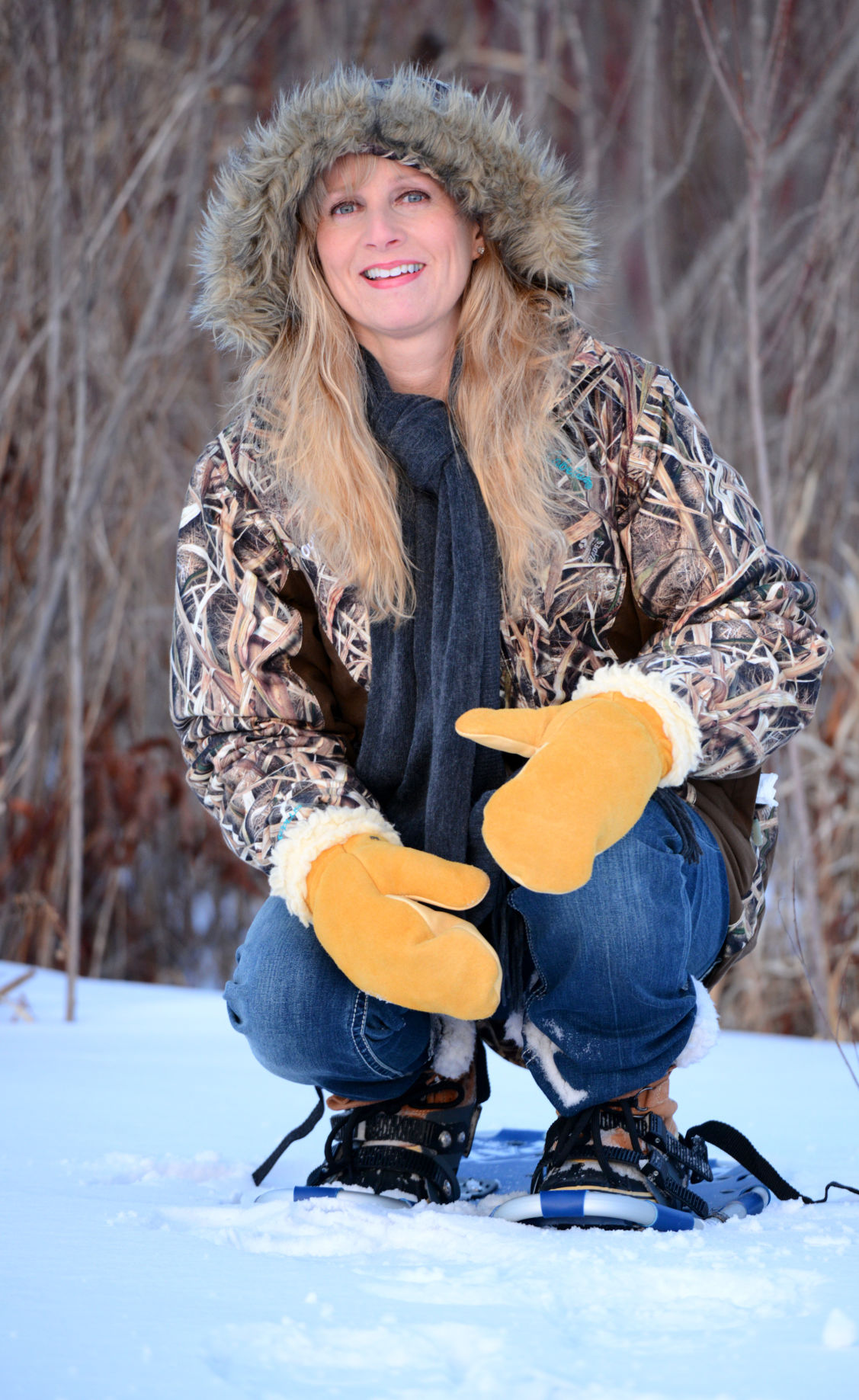 A wildlife-seeking snowshoe adventurer pauses in a Minnesota state park meadow during her search for wildlife.

A luxuriously furred fox was photographed as it hunted for mice in a snow covered central-Minnesota state park.

A wildlife-seeking snowshoe adventurer pauses in a Minnesota state park meadow during her search for wildlife.

As the year races to a close, most hunting seasons dissolve along with it. That leaves avid outdoors folks with an empty space that needs to be filled with other activities like hard-water fishing, or harvest-free sports like cross country skiing, wildlife watching and snowshoeng. Barring out of state hunting forays, I always opt to combine two of the former pastimes, snowshoeing and wildlife viewing, to eat up the large-game hunting void between January and March.

Heading outside with camera and snowshoes in a Minnesota winter can make the otherwise long, dark season whisk by, especially if you spend a bulk of that time in one or more of Minnesota’s state parks.

There are some 75 state parks spanning the state, from Blue Mounds near Luverne, which boasts a large native prairie complete with resident bison herd, to Split Rock on the North Shore, famous for the iconic and often-photographed lighthouse and Lake Superior landscapes.

The price of admission to our state park system is only $35 per year. That money will get adventurers an annual vehicle window sticker that is valid at each and every park. For wildlife aficionados, the cost is paltry compared to the number of quality animal encounters you can have at just one park.

While some state parks hold special draw deer hunts, most do not, so the animals are far calmer than those located on other public use areas.

When seeking animals to record with photography gear, I always seek out critters with composed demeanors, who won’t bolt at a whiff of human scent. That almost always means I’ll end up shooting in a state park.

Not long ago I ventured deep into one park’s wooded wilds atop a lightweight pair of modern, aluminum, so-called “bear paw” snow shoes. The temperature floated just above zero, but there was no wind, and steel blue skies created perfect lighting on the pristine snow pack. In other words, it was an ideal winter day to be afield searching out four-legged animal subjects.

After 45 minutes of hiking along fresh deer tracks, I located an impressive whitetail buck bedded against a cottonwood deadfall and soaking up the strong rays from the sun. I approached as close as I could without spooking the deer and then situated myself in a prone shooting position to get a nice, low angle at the deer’s perspective.

I had just gotten my 500 mm lens set when I noticed movement behind the big deer. All I could see was a flash of red that would appear and then just as quickly disappear as the animal darted through thick cover.

Soon, the crimson ghost emerged in full view, trotting at an angle that would put it scant yards from me. It was a large, luxuriously furred red fox looking for a field mouse meal. So intent was the fox on his mouse catching that he didn’t spot me lying low in the snow only 20 yards distant.

I carefully moved my camera system to line up the canine predator and whirred off a burst of frames before he caught the shutter sound and bolted out of the woodlot. Unbelievably, the deer remained bedded, and I got, not only some awesome fox images, but many good pictures of the resting deer.

That anecdote describes exactly why state parks are at the top of many people’s lists for bird and mammal observation — you never know what you’ll encounter.

Sometimes the experiences can be once in a lifetime events.

Our local state park, Minneopa is now home to a herd of bison. That’s reason enough to visit the park often and take a drive through.

Many times the huge prairie beasts aren’t near the road, but that’s just another reason to visit the drive frequently. Seen up close, bison are awing animals. Mankato residents can count themselves lucky to have a herd so close to town.

When the bison are shy and feeding away from the road, enterprising winter hikers can follow the fence line’s perimeter to observe the animals more closely.

Like many other parks with forest features, Minneopa has a good population of wintering hawks and barred owls for sharp-eyed hikers to see when traversing the trails that wind through the oaks, cedars and cottonwoods.

A lot of wildlife lurking in state parks doesn’t have to be sought by hiking deep into wild country. Many times, a slow drive through a park just after sunrise or an hour before sunset will produce numerous bird and mammal sightings.

Shortening a Minnesota winter may be the goal for many, but after visiting our state parks you may find yourself longing for an even longer winter. All that’s required is a cheap park sticker, a tank of gas and a serious taste for winter wildlife encounters.