Buffalo supermarket shooting: What do we know so far? 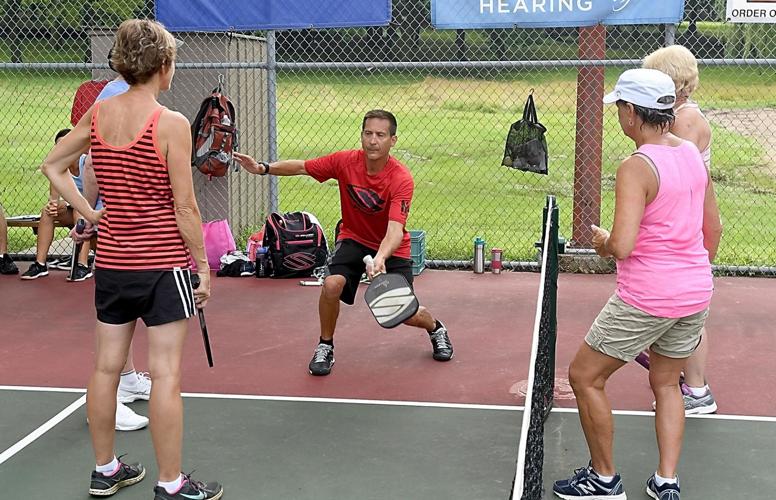 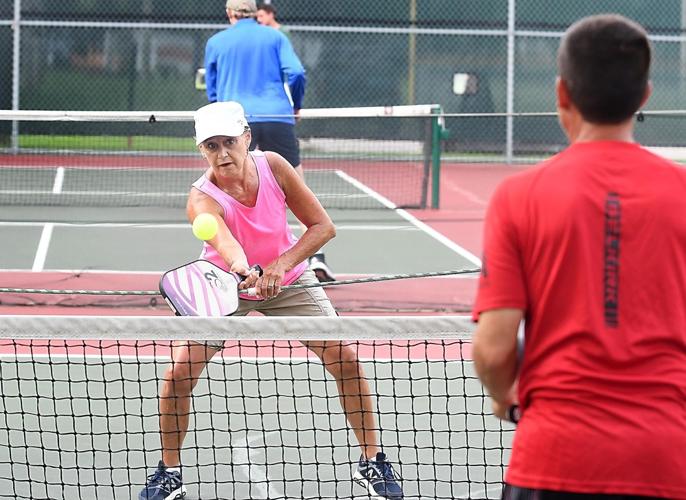 Mary Natwick uses a rope to help her swing while working with pickleball professional Joe Frasca on Friday at the Tourtellotte Park pickleball courts.

Corrine and Gene Wesely love the social part about playing pickleball, and the exercise is good, too, for the 68- and 72-year-olds.

“It helps us continue to feel young,” Corrine said.

But, like athletes and enthusiasts of any age, the Weselys want to improve their game.

“I’m interested in getting better and to have better quality of play,” Corrine said on Friday morning while taking a break from a pickleball clinic from a professional player on Mankato’s courts at Tourtellotte Park. “The whole association is improving its skills. I guess I’m just trying to keep up.”

The clinics, which began on Thursday and run through Sunday, are being taught by Joe Frasca of Colorado Springs, Colorado. The recently retired school teacher has medaled in several big tournaments around the country, winning silver in the senior pro singles division in last summer’s Tournament of Champions in Utah. He’s also an eight-time regional gold medalist in singles, men’s doubles and mixed doubles.

“Most importantly, I’m Mary’s brother,” Frasca said, referring to Mankato pickleball player Mary Harrington, who has been assisting him during the sessions.

Members of the Mankato Area Pickleball Association appreciate the chance to learn from a pro.

“When you love the game as much as we do, lessons are part of the experience,” Corrine Wesely said.

Frasca, who also put on clinics in Mankato last summer, emphasized players getting into athletic stances with their knees bent and taught them to hit the ball in front of their bodies.

“I’ve heard nothing but great compliments,” said John Sandry, the MAPA president. “He caters his sessions to the ability of the players — beginner, intermediate and advanced. … He’s helped them correct problems they didn’t know they had.”

Although pickleball has existed since 1965, it’s become one of the fastest-growing recreational sports in the country in recent years.

According to the USA Pickleball Association, it’s estimated that there are 3.1 million pickleball players in the United States. The number of players has grown by 12% each of the last two years.

According to Sandry, the Mankato association has 172 official members who pay $20 a year to belong, and there are 300 people on the organization’s email list. Around 35 people have taken beginners lessons this summer through Mankato Community Education and VINE, Sandry said.

Mornings are busiest with 30-35 people showing up most days between 8:30 and 11:30 a.m., Sandry said. This past Tuesday however, he said, the courts were jam-packed with 55 people showing up. Most games are doubles matches, so 24 people can play at a time. On Tuesday, games were shortened to first-to-eight-point contests, instead of the usual 11, just to accommodate the crowd.

“It’s very social,” he said. “You’re getting to know a lot of people, and you’re out here for fun. … Many people my age, get up, turn on the boob tube and never shut it off.”

Sandry said pickleball is much easier on the body than other racket sports, such as tennis. He also cited a recent article on the website of SilverSneakers, a fitness program provided by several insurance plans, that touted pickleball’s health benefits for seniors. They include the social aspect, as well as heart and mental health, the development of regular exercise habits and even prolonged independent living.

While 75-80% of the Mankato association is made up of retirees with the oldest member being 81 years old, Sandry said, its membership runs a wide spectrum of ages including as young as 19.

With continued expected growth, Sandry said MAPA has hopes of doubling Tourtellotte’s number of courts to 12 and has presented expansion plans to the city that include a rest and picnic area in between the old and new courts.

In the offseason, players compete indoors at the Mankato YMCA, Prairie Winds Middle School and the Lincoln Community Center. Those courts are not available in the summer months, however, even during this past week’s brutal heat.

“I played pickleball three days this week,” Augedahl said, “because it’s too damn hot to golf.”