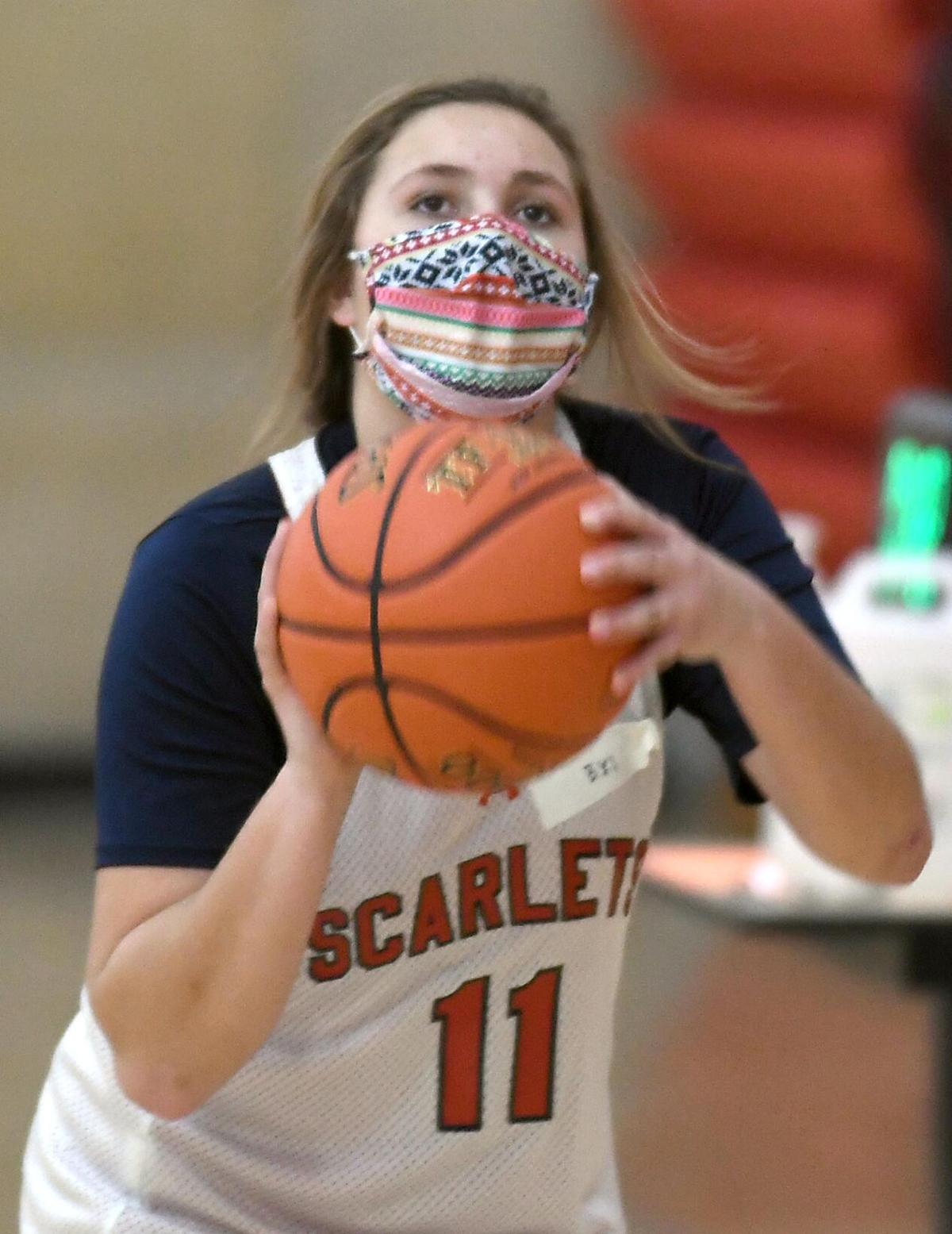 Senior Bri Stoltzman, who has signed with Southwest Minnesota State, returns for Mankato West, which has won 20 games in three straight seasons. 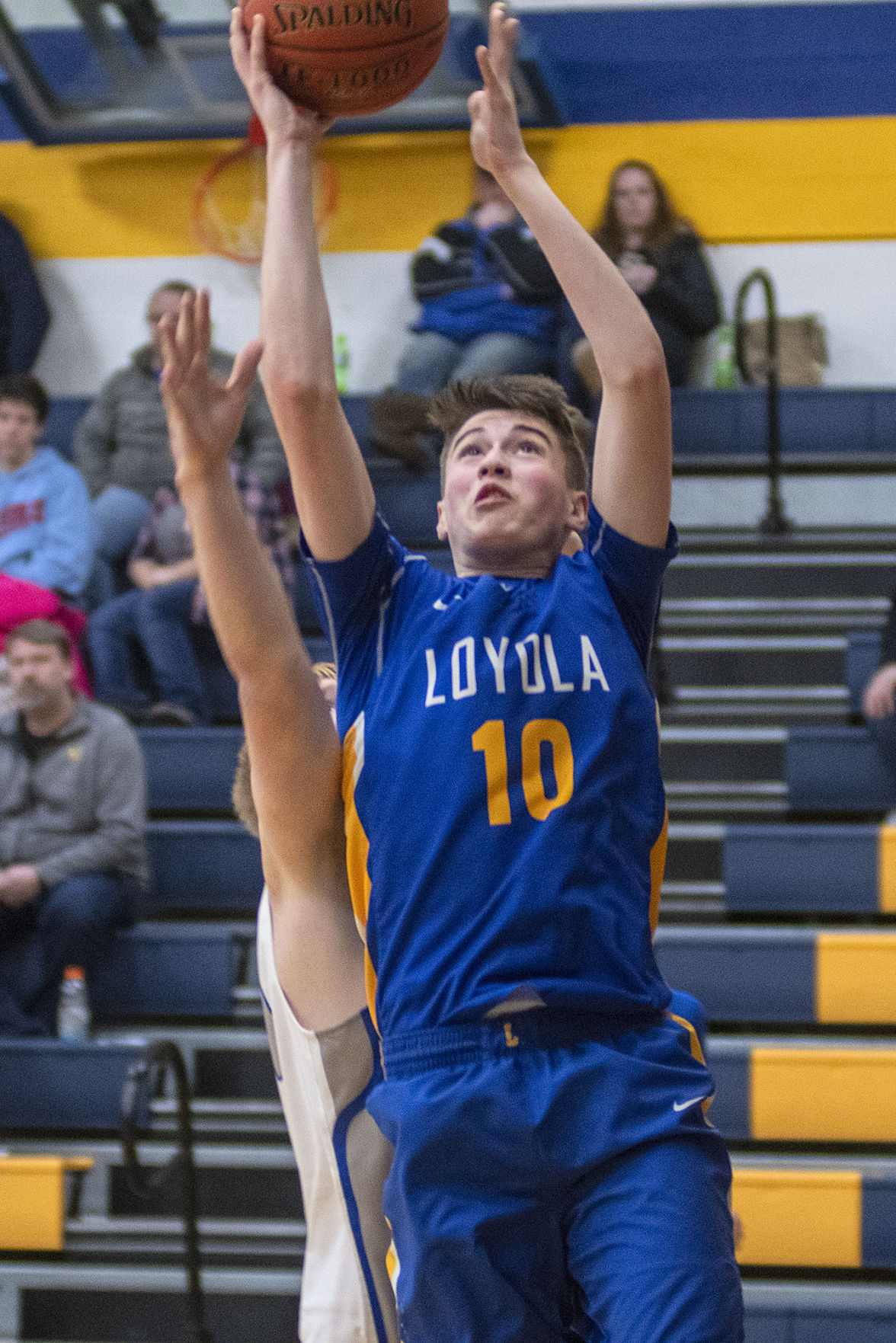 Senior Bri Stoltzman, who has signed with Southwest Minnesota State, returns for Mankato West, which has won 20 games in three straight seasons.

The high-school basketball season has been shortened to 18 games and 13 weeks, and mandatory mask-wearing will look different.

But the boys and girls teams at Mankato East, Mankato West, Mankato Loyola and Loyola/Nicollet still have expectations of success in this unusual season that begins Thursday.

Nearly the entire roster is back for the Cougars, who were 12-15 last season, 11 in Big Nine Conference games.

Sydney Prybylla, who averaged 3.9 points and 2.9 rebounds, is the only senior on this team and one of four returning starters.

Sophomore Randi Baier and Isabelle Schott also are expected to see a lot of varsity action this season.

“We are excited about the returning letterwinners we have and the depth of our team,” East coach Rob Stevermer said. “Our team was very committed this past summer to working out together and improving our overall skill level. There are some very competitive athletes on our team, and we are excited to start playing games again soon.”

The Scarlets have had three straight 20-win seasons, including a 20-8 record last season, 17-5 in the Big Nine.

“We are so grateful to be back in the gym,” West coach Julia Battern said. “Our administrators and coaches have been working hard to plan and prepare for a safe winter season. ... We feel that things are going well so far and that we have found a good balance in maximizing safety while still giving the athletes an opportunity to play.”

Mankato Loyola and Nicollet continue their co-op this season, coming off a record of 8-17, 4-6 in Valley Conference games.

Kendall Robertson and Sam Rist are the only seniors on the roster. Last season, Robertson averaged 3.1 points, 3.4 rebounds and 1.2 assists.

“We are happy to be back in the gym playing the game of basketball again,” Nicollet coach Jordan Rudenick said. “We have five girls that played a large amount of varsity minutes and will need some underclassmen to step up to earn playing time. We are looking forward to seeing our growth this season and to get out and compete again.”

The Crusaders were 15-12, including a 7-5 record in the Valley Conference, and six players have graduated from that team.

The other seniors on the roster are Sam Orcutt and Matthew Gartner. The juniors are Urban Casteel, Kolton Kunz, Jack Aamman and Duram Kelly.

“I think the Valley Conference is loaded,” Loyola coach Sam Carlson said. “It seems like every team has a veteran guard and a skilled big man. Every game will be a battle and our guys will be up for it and be ready to compete with grit and tenacity.”

The Crusaders open the season Friday at home against Truman/Martin Luther/Granada-Huntley-East Chain.

The Scarlets went 7-20 last season, including 5-17 in the Big Nine, but expectations are high that they can make a better finish this season.

Junior Buom Jock led the team in scoring at 13.4 points per game, and he averaged 5.2 rebounds. He made a team high 35 3-pointers. Junior Mekhi Collins averaged 11.8 points and 6.6 rebounds. He led the team with 84 assists, 59 steals and 20 blocked shots.

Senior Hayden Mellon and junior Aidan Corbett will be the first players off the bench, with seniors Avery Carson and Duang Buk; juniors Cornell Ayers, Aidan Wall and Hayden Hartman; and sophomore Trey Satre also in the mix.

“We, as a team, have high expectations and lofty goals this season,” West coach Jeremy Drexler said. “We know that starts in practice. We are excited to be in the gym playing basketball and hanging out together with our friends, striving for a goal.”

West’s first game is Saturday at home against Faribault.

The Cougars were 27-2, 22-0 in the Big Nine, but the season ended with a disappointing loss to Marshall in the section finals. East will be in a rebuilding mode this season, and three top players are already out: Pal Kueth (personal reasons), Ben Snaza (injury) and Jack Pemble (personal reasons).

That leaves junior B.J. Omot as the only player with varsity experience. Omot, who earned All-Big Nine and all-city honors last season, averaged 9.5 points and 4.0 rebounds and shot 51.6% from the field.

“We will have some good overall length and ability to get to the basket to score,” coach Joe Madson said. “We need to get better defensively, rebound at a much better rate, think the game with good decision-making skills, and play with confidence. This group is super coachable and will improve as the season progresses.”

The Cougars open the season Thursday at Owatonna.

Season has shortened to 13 weeks.

Teams can play 18 games, with just two per week until the last weeks of the season.

All players, coaches, officials and event workers must wear masks at all times. There is no mandatory testing before events.

There are plans for a section and state tournament, though no details have been announced.