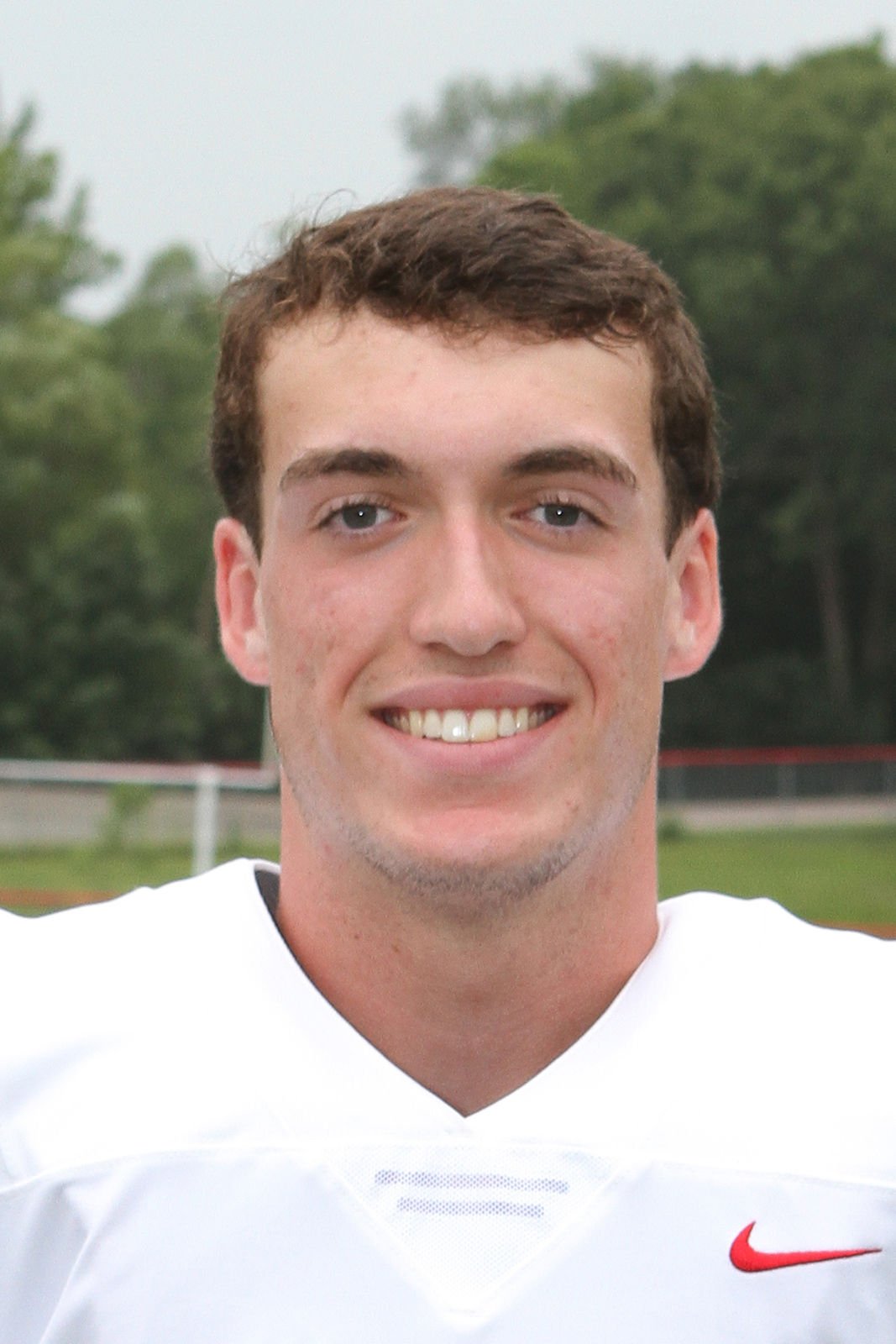 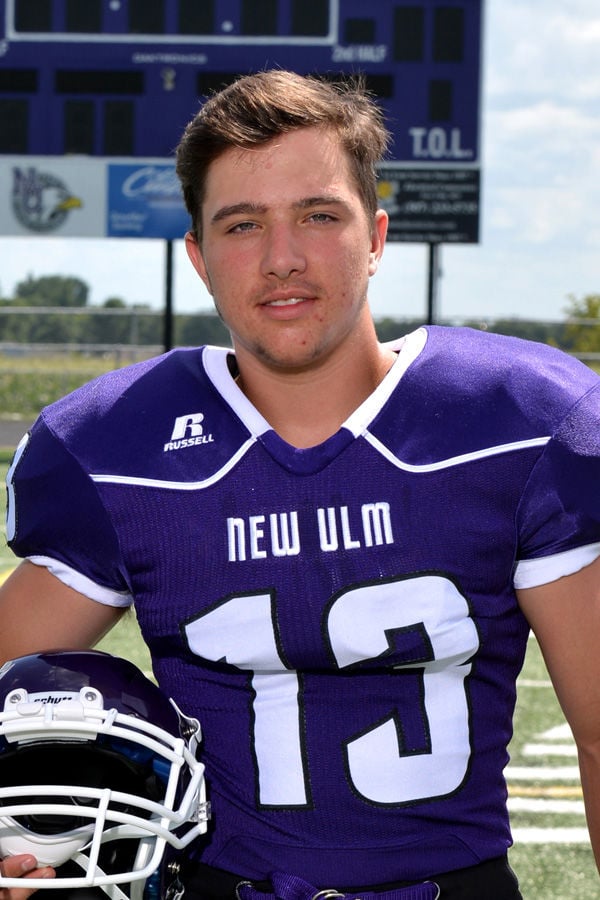 NEW ULM — First-year coach Eric Kaufmann wasn’t sure what he had when he took the New Ulm football job, but he was hoping that Cole Ranweiler would be one of the players he could build around.

On Friday, in a 28-20 victory over Belle Plaine, the junior running back rushed 26 times for 290 yards and four touchdowns. In just the fourth quarter, Ranweiler rushed for 179 yards on only four carries, with touchdown runs of 35, 70 and 72 yards.

“I’m new here so I really didn’t know what we had coming back,” Kaufmann said. “We knew that Cole had speed and he was someone we hoped we could rely on, and he’s been one of those guys.

“We’ve changed our offense; they ran the spread offense last year. That’s not what I do. We’re going to run the ball.”

Ranweiler only had 30 yards on 15 carries in a season-opening loss to Redwood Valley, but there were openings on the edge against Belle Plaine that allowed Ranweiler to break long runs in the single-wing offense.

“In our offense, it could be a different guy each week that has a big day,” Kaufmann said. “(Belle Plaine was) pinching us inside, and we were able to get to the outside. The line really blocked well, and we got some downfield blocks that opened up those big runs.”

In Friday’s 35-14 loss at Rochester Century, Mankato West’s senior quarterback Jack Foster sprained his left ankle. He had run for two touchdowns in the first half as the Scarlets went ahead 14-13, but in the second half, Foster wasn’t able to be effective as Century rallied for the victory.

“We put him out there for two drives in the third quarter, but you could tell he wasn’t able to do anything,” West coach J.J. Helget said.

What made matters worse for West is that backup quarterback Zander Dittbenner, a sophomore, had injured his throwing hand while playing defense on the possession before Foster was injured. At the end, sophomore Riley Berhow was playing quarterback despite getting limited action in practice last week.

“We’ve had a lot of years when we haven’t needed a backup quarterback,” Helget said. “We’ve been lucky because of how much we run the quarterback. It was only a matter of time, but to lose your No, 1 and No. 2 quarterbacks on consecutive drives, that’s bad luck.”

In six quarters, Foster had run for three touchdowns and passed for four more, which is all but two of West’s touchdowns. Helget said that Foster has been making good progression and might be able to play Friday against Northfield at Todnem Field. If not, Dittbenner will get the start.

“If (Foster) is ready, he’ll go,” Helget said. “I think there’s a good chance he’ll be able to play. We should have a pretty good picture by Thursday.”

Not so sweet home

The football field in Cleveland is known for the iconic hill on the south side, where fans can spread their blankets and watch the game in a stadium-like setting.

But because of continuing construction on the school, which required that a road be cut through that hill and some ground dug up near one of the end zones, the Clippers are unable to use their home field. On Friday, the Clippers called Le Center home, playing against United South Central.

“In our first game, Kenyon was having some construction, too, so we haven’t played a game yet where we had locker rooms,” Cleveland coach Erik Hermanson said. “We just show up on the bus and play. It doesn’t even seem like a real game.”

Hermanson said he’s hopeful they can use the field in Cleveland for the next home game Sept. 20 against Janes- ville-Waldorf-Pemberton. If not then, it would be nice to play the Oct. 4 homecoming game against Alden-Conger at home.

“(The football complex) is getting better, but there’s still a lot of work to do,” Hermanson said. “The nine-man field looks great.”

Cleveland (0-2), which has transitioned to 11-man football and Class A this season, plays at Lester Prairie/Holy Trinity on Friday, hoping to get to use some locker rooms before and after the game.

Games of the week

New Ulm Cathedral plays at Minnesota Valley Lutheran on Friday in o ne of the area’s better rivalries, and both teams are looking for their first victory. Cathedral has losses to Dawson-Boyd and Tracy-Milroy- Balaton by a combined six points. MVL has losses to Lakeview and Springfield.

Waseca is 2-0 with a road game at Fairmont on Friday. The Bluejays have outscored their opponents 105-8 so far, while Fairmont lost 34-12 at home against Marshall and won 41-19 at St. Peter.